Last night we spent our night at Fort Kearney State Recreation Area which is immediately adjacent to Historic Fort Kearney. 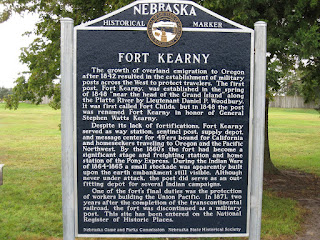 Ft Kearney was built in 1848 to protect the emigrants (like us) from Indian attacks. It served it's purpose until about 1871 by which time the railroad had crossed the plains and settlers had settled in the immediate area and this part of the west was tame. 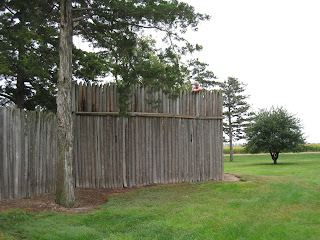 After departing Ft Kearney we stopped at Cabella's sporting goods store in Kearney then took a leisurely 3 hour drive to Lake Ogallala State Recreation area in Western Nebraska where we are spending the night tonight.  Our drive here took us along the Platte River Valley and followed the exact route of the California and Oregon trails.  The Platte River Valley route served as a lifeline for the emigrants for hundreds of miles from Eastern Nebraska into Central Wyoming.  It provided water and grass for their livestock and a relatively flat path across the Plains.

Now we are camped for night 4 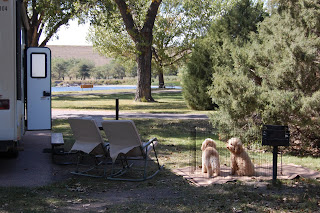 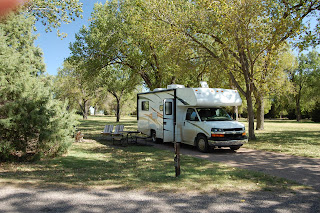 I'm sitting outside our camper, a cool breeze is blowing off of the lake and it is cocktail hour.