Just west of Independence rock, we first came to the devils gate, where the Sweetwater River cut its way thru solid rock rather than going around it like we did. 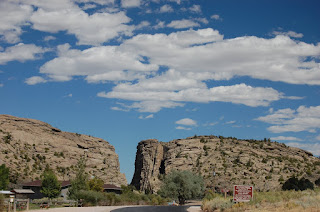 Adjacent to the devils gate was this pioneer gravesite.  One of the few still identifiable. 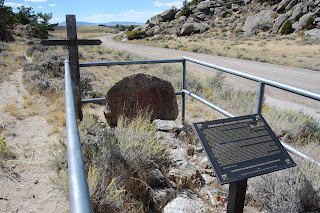 From there  Split rock in the distance served like a gun sight guiding the emigrants and us onward and upward directly toward South Pass. 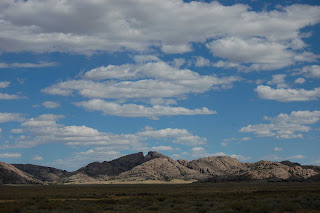 South Pass is perhaps one of the most important geological features in US History.  It was what made the westward expansion possible.  For here was the only way thru the Rocky Mountain Barrier.  It was a relatively flat - 20 mile wide pass.  Below is the actual trail leading off to the actual pass less than 1/2 mile from where I took this picture. 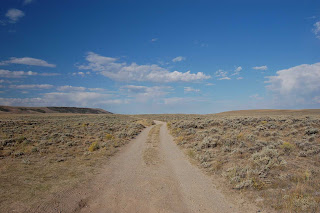 Surrounded on the North by the Wind River Range, and on the South by the Antelope Hills.  This was where all the settlers were funneled thru from east to west.  In the above photo you can see the start of the antelope hills on the left.  In the next photo you can see the Wind River Range which was just to the north.  Obviously - pulling Ox drawn wagons thru the flat south pass was the only way. 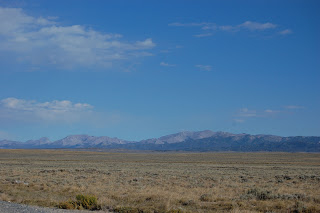 Once crossed, they had forever left the waters that flowed to their old homes, and now journeyed with the waters headed to the Pacific, and their new homes.
Crossing it was cause for celebration, but also the sobering reminder that 1,000 of the toughest miles still lay ahead.
We spent our night in a wonderful camp just a few miles from South Pass, among the pines at 8,800 feet.  In the morning we were greeted by some Mule Deer.  Here are a few photos of our camp. 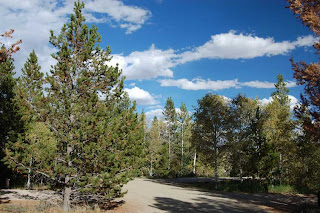 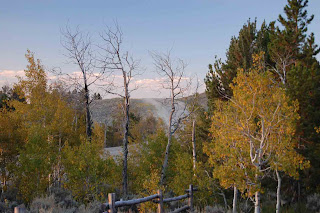 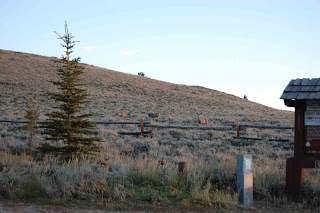 Our visit to South Pass concluded the Oregon Trail portion of our trip.
From here we will swing north and visit the Grand Tetons, Yellowstone and many other scenic places.
While this was the end of the trail for us (for now) as I said earlier, the emigrants still faced over a thousand miles of even harsher and tougher times ahead.  Many of them would not make it to their final destination.  I hope you've enjoyed this historic part of our journey and continue to follow our travels as we now slow down a bit and take in some new sights.
Posted by GregK at 7:09 PM