On their 2000 mile journey from the US to the great unknown, many landmarks along the served as sort of milemarkers by which the emigrants were able to measure their progress.

These landmarks were well documented in Emigrant Guidebooks of the day, and were mentioned in most of the pioneer's diaries.

In a 30 mile stretch 2 of the most prominent marks along the way were Courthouse and Chimney Rocks.
These were truly sights to be seen by people who mostly had never ventured more than 15 miles from their places of birth.   All of a sudden the landscape took on a magical glow as the beginning of the beauty of the American West began to unfold.  It was here that most began to realize that they were truly far from home. 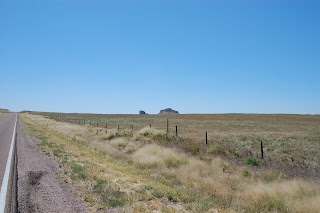 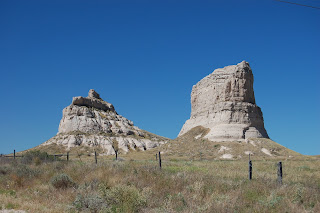 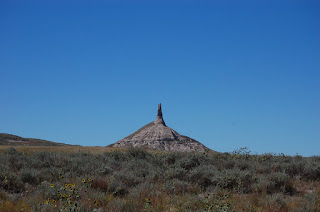