Today started out with a magnificent sunrise.
My problem however, was that I had the wrong lens
on my Nikon and could not find my camera bag
as the White Tornado had swept thru the RV and hidden it away somewhere.

Being the good husband that I am,
I let her sleep and missed capturing the amazing light show.
Eventually I found the camera bag hidden behind the couch
just in the nick of time to grab this last dying albiet subdued glimpse.

All I can say is you shudda seen it 10 minutes earlier! 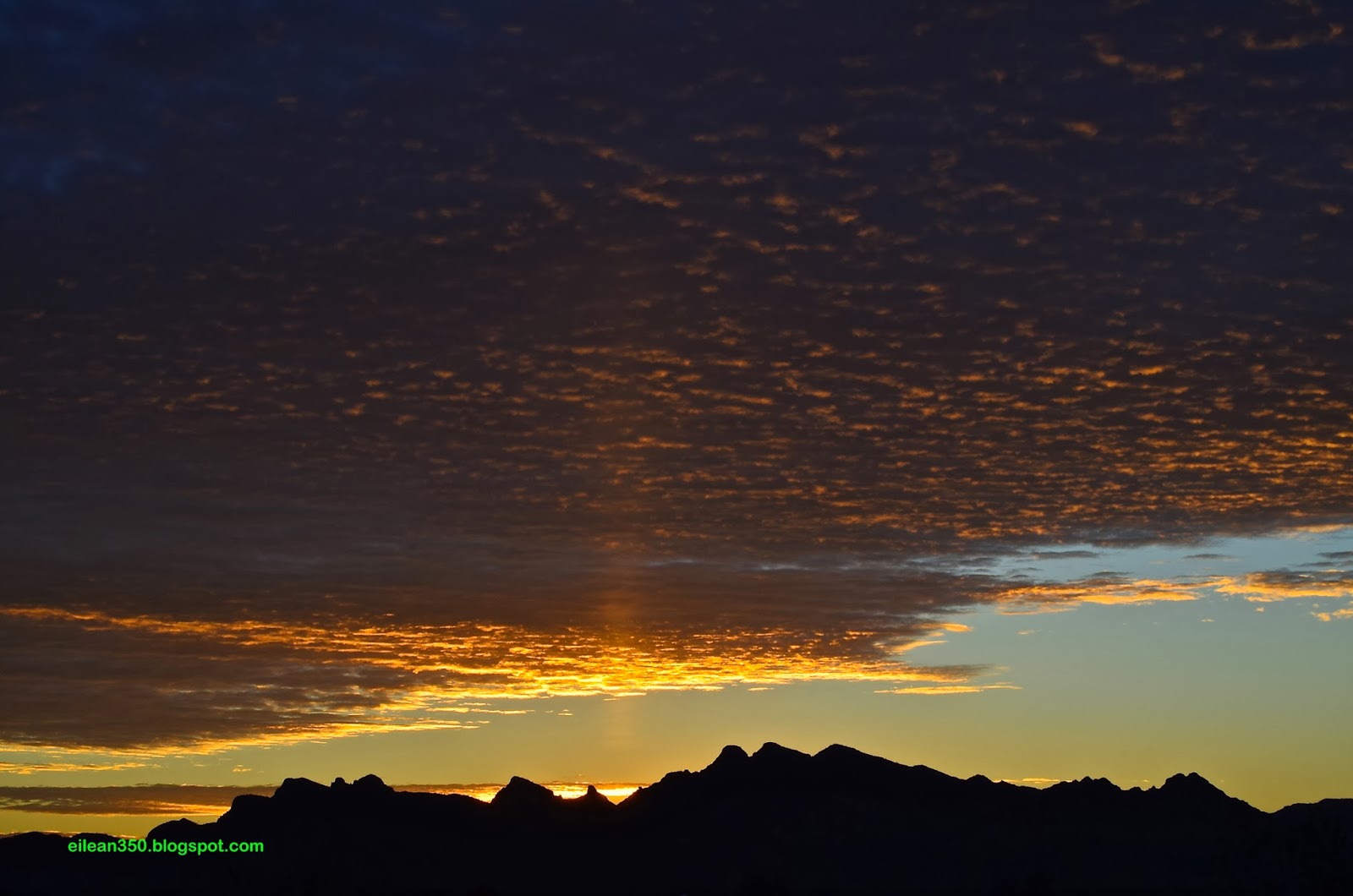 Then later this morning we were sitting inside with a cup of coffee and heard
this whoosh…whoosh sound.
It took me a minute to realize it was the Big Greena Balloona again.
I ran outside and it was right over the trailer - about 5 feet over it.
So I run in to get the camera and pop back out and by then
they had drifted off a bit. 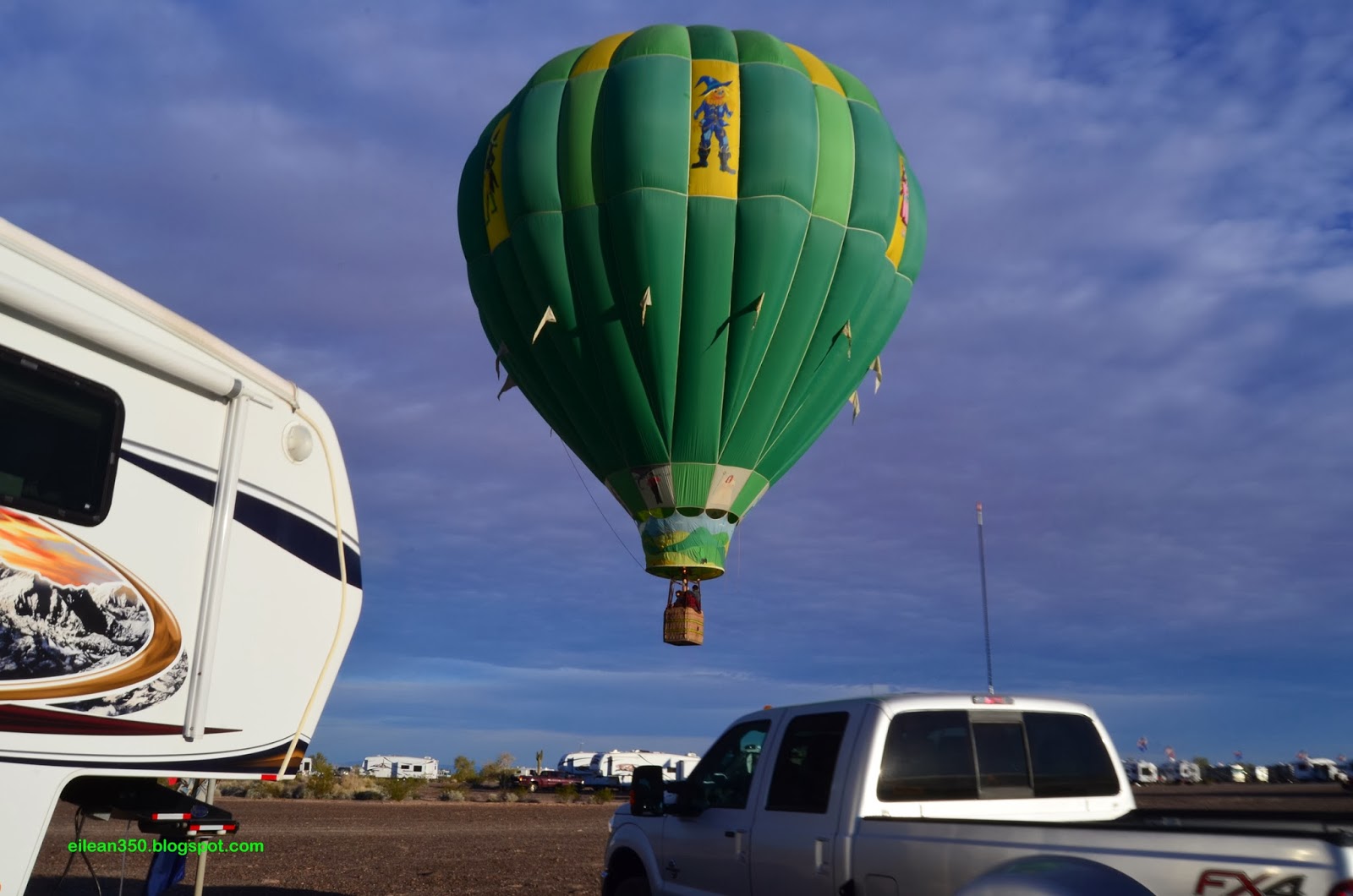 10 minutes later they were soaring up up over our heads.
They were taking advantage of slight variations in the wind directions
at different altitudes to drift north south east and west. 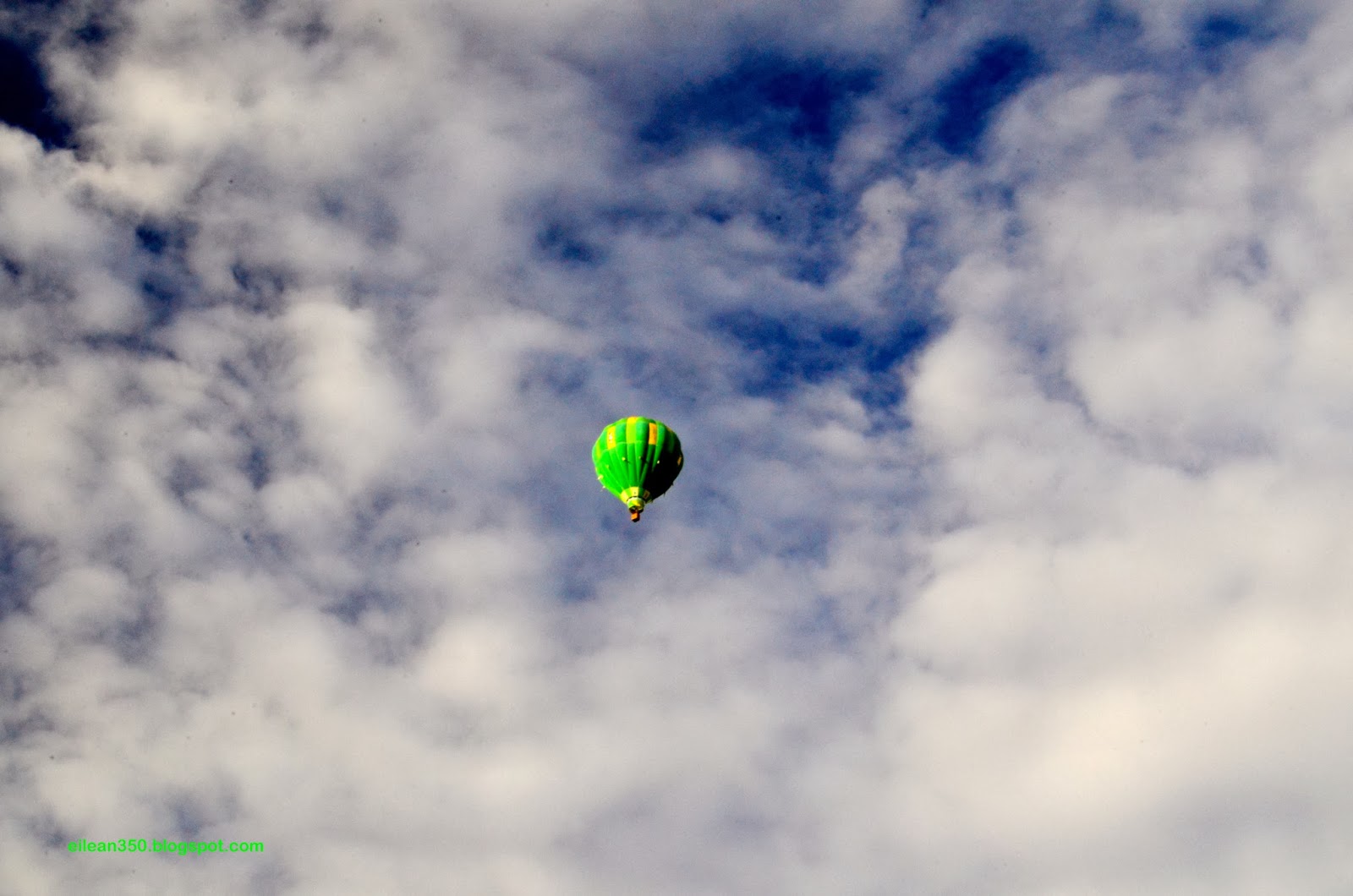 20 minutes or so later they were back..  this time crossing over the Montana Circle
so I went to investigate.
I soon realized they were preparing to land. 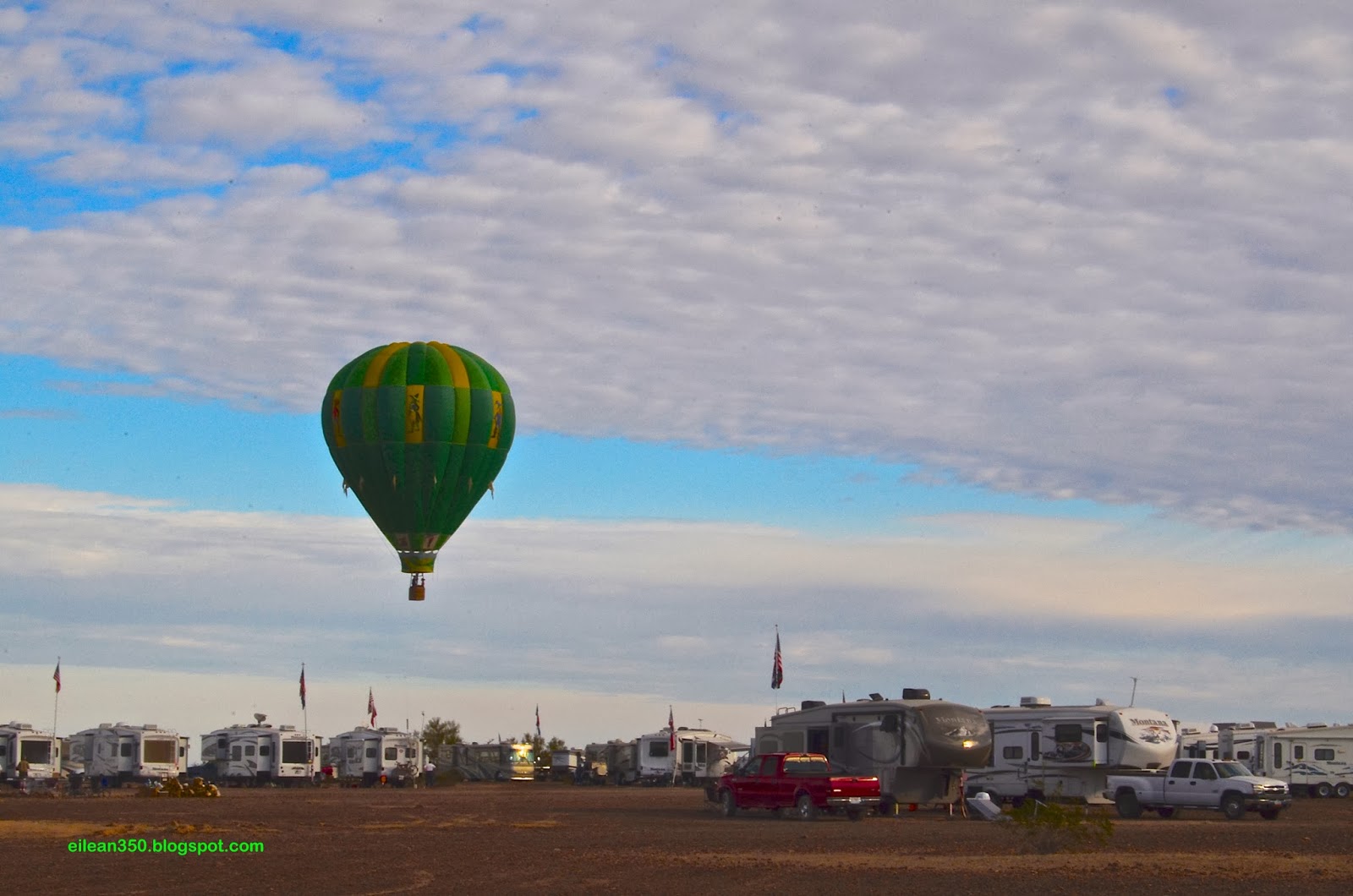 Working the burner - you can see the flame in the picture below - the just barely hovered
while the ground crew gently and calmly helped guide the big green fellow
towards the back of the pick up truck. 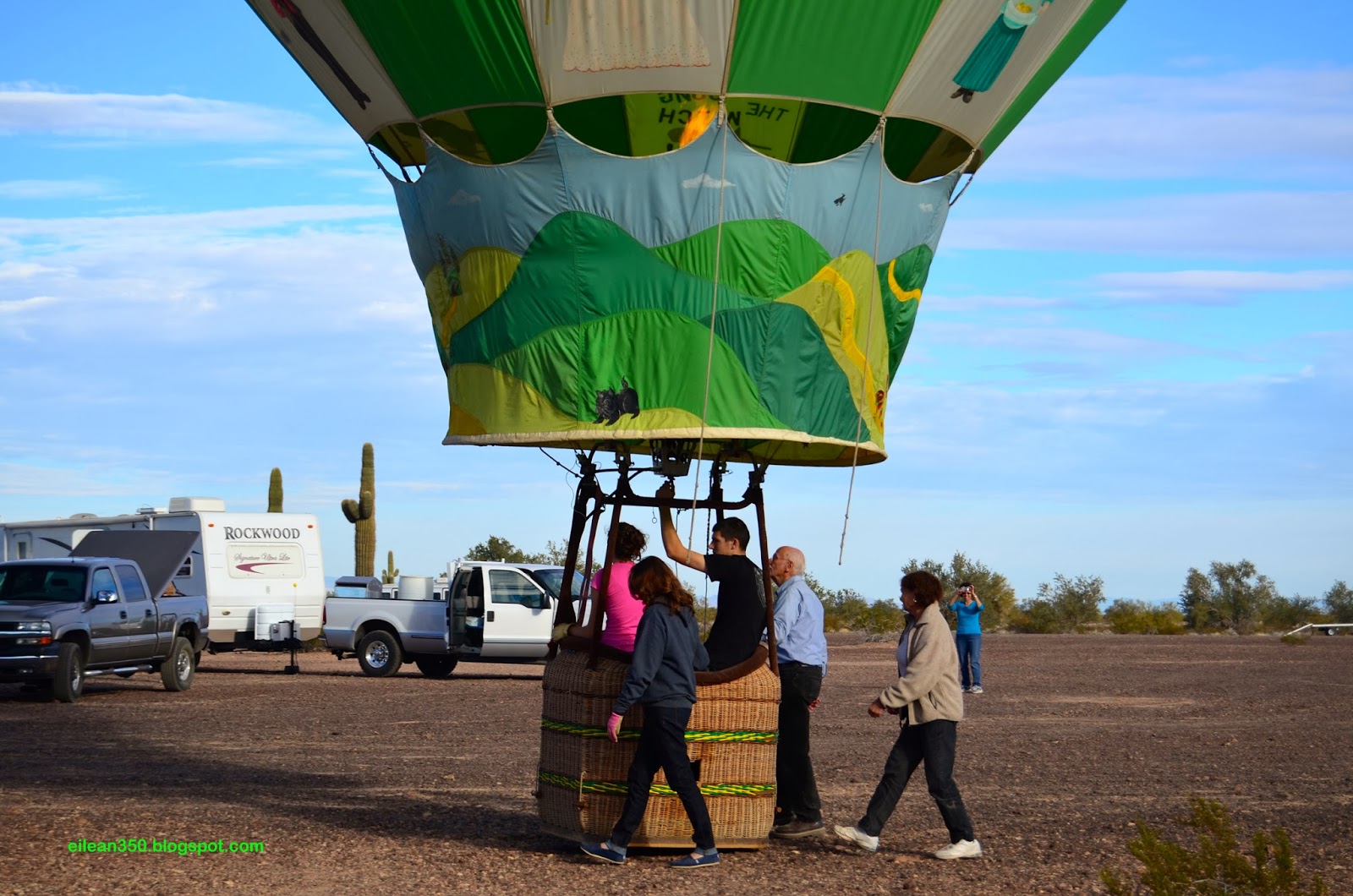 The calmness of their demeanor reminded me so much of both docking the
sailboat and backing the RV into tight spots.
For some folks those are stressful situations that are accompanied by
lots of yelling and screaming.
Kate and I get a kick out of watching them in action.
For others…   nice and easy does it.
These guys were the nice and easy crowd.

A couple of puffs on the burner and the gondola lifted gently into the back
of the truck where they tied it down with straps that were at the ready. 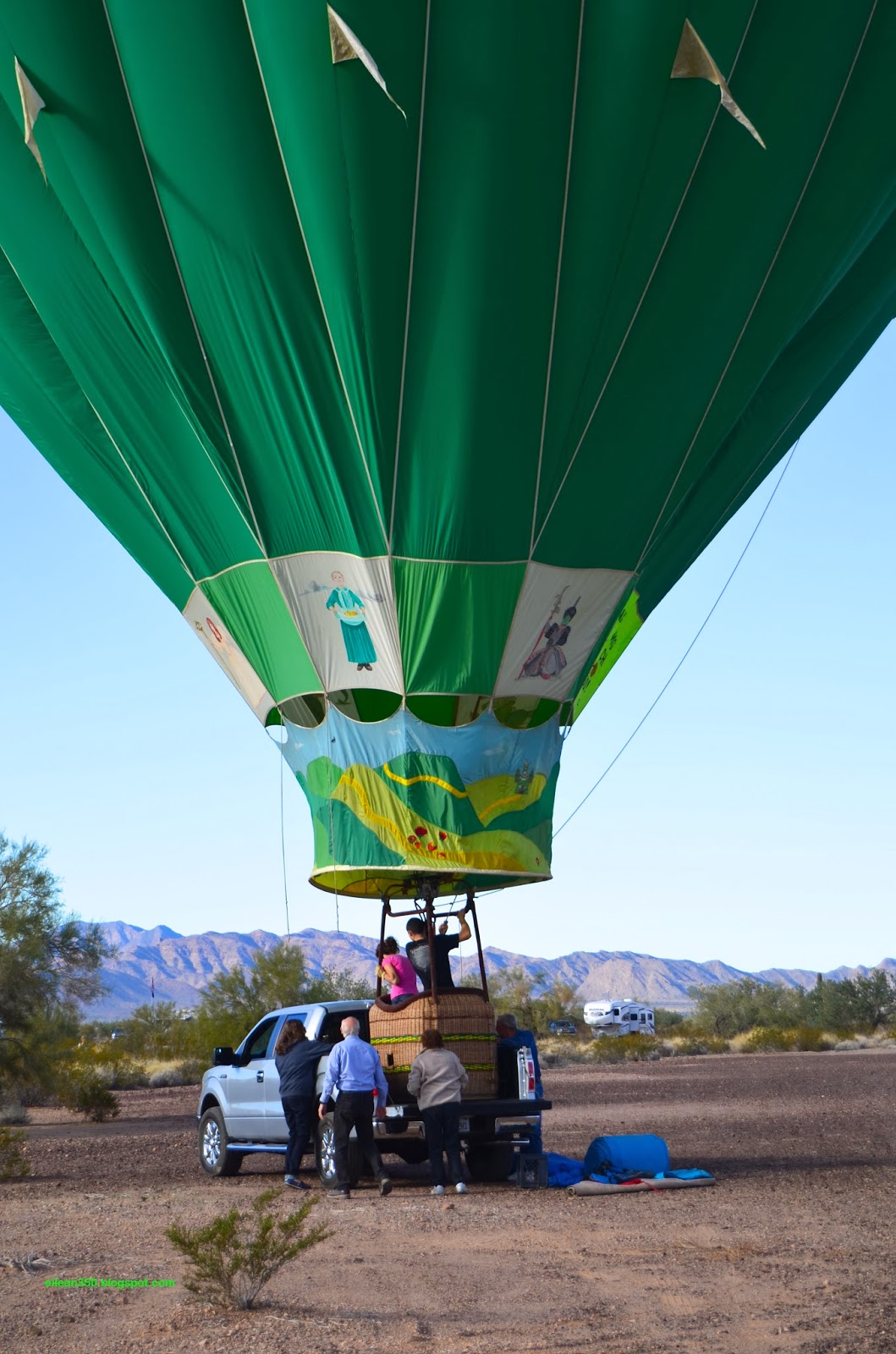 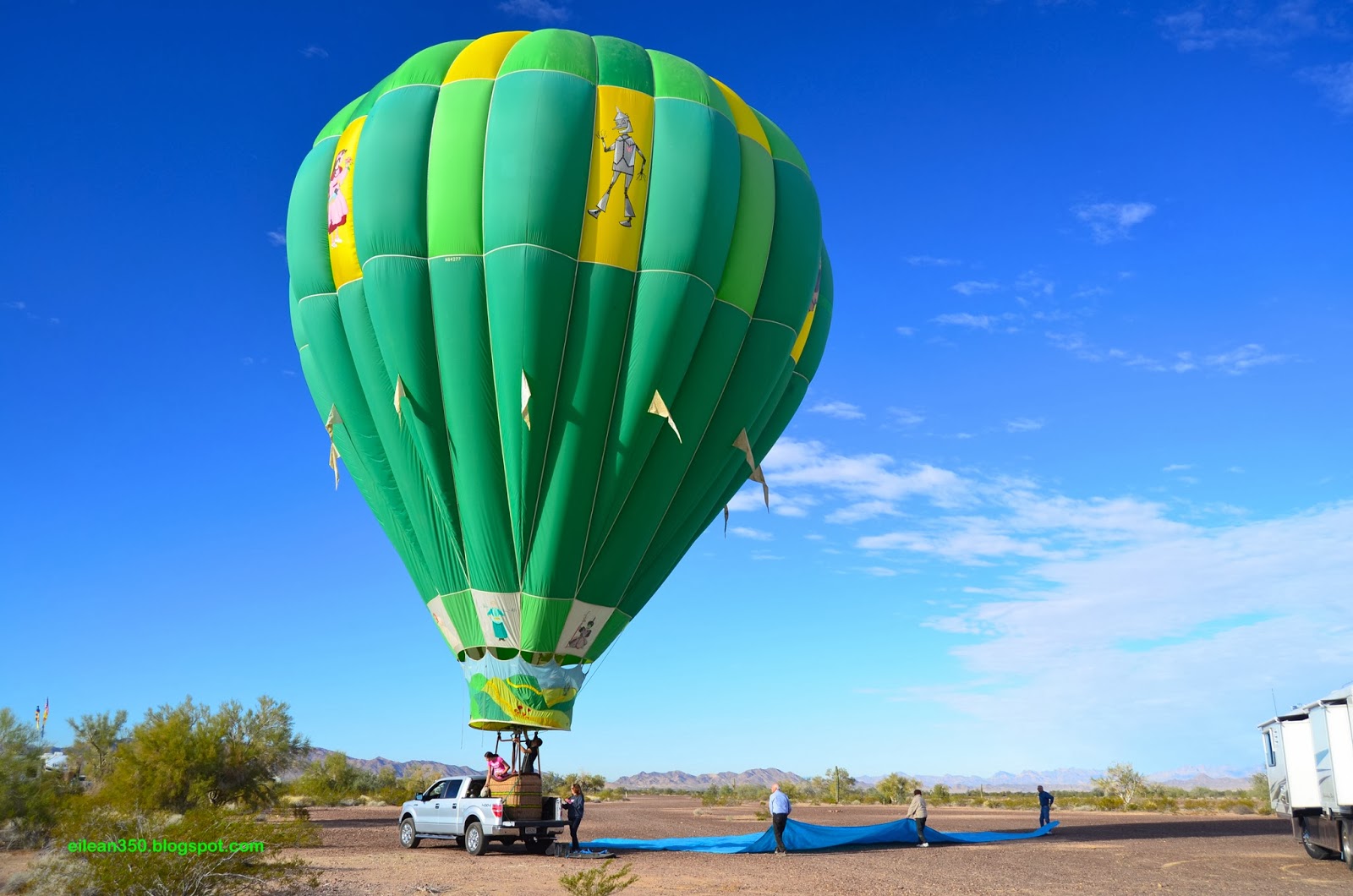 Next they started to release the remaining hot air from the top vent,
and in a couple of minutes it was on the ground. 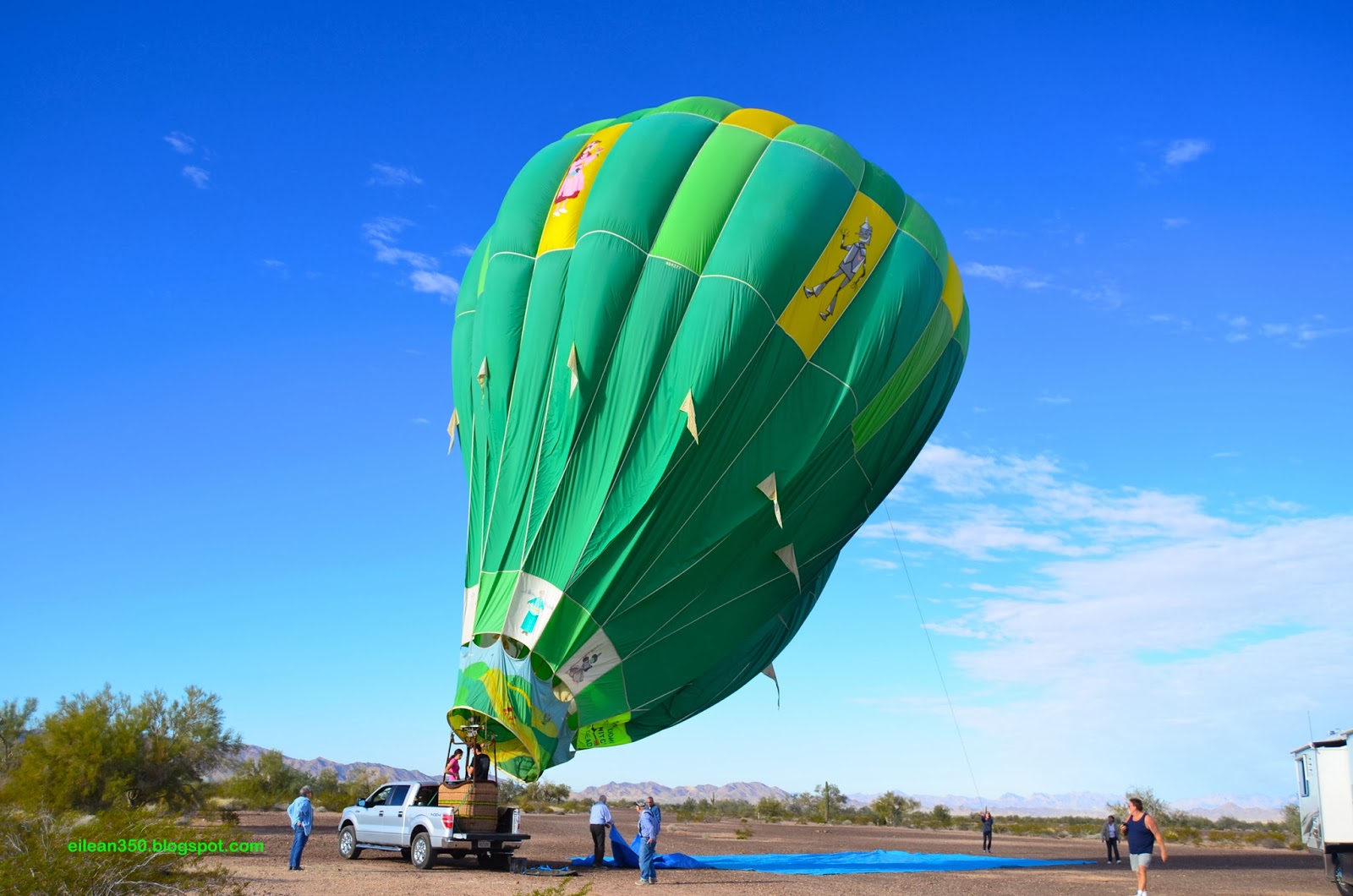 Then - like squeezing icing from a chefs pastry bag - the pilot
worked from left to right squeezing the remaining hot air from the balloon
so that it laid neatly on the tarp ready to be rolled up. 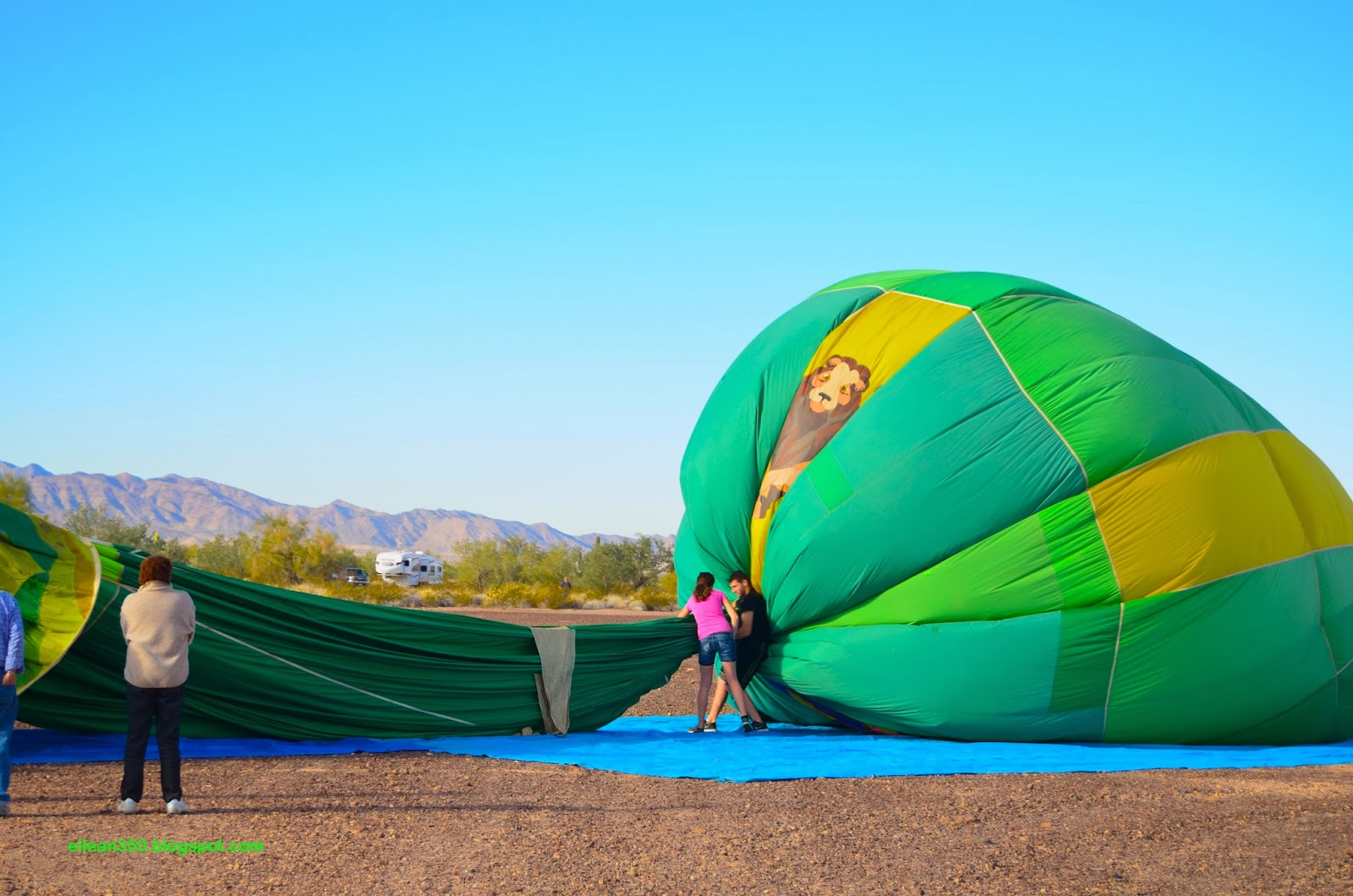 And just like that…  The big Greena Balloona was done for another day.