On Monday the 29th Kate and I made the trip to Dachau
to visit the Dachau Concentration Camp Memorial Site.

Dachau was the first Concentration Camp created by the Nazis.
As soon as Hitler had solidified his hold on power and established a dictatorship,
he created this camp as a place to imprison and eliminate the opposition.

Originally prisoners were mostly German political prisoners who would serve time
and perhaps be released - if they did not die first.

Later it became a slave camp for "undesirables" and the brutality increased.

It was used as a model upon which all of the other camps were based as well
as used as a training ground for the SS.

While it was not used as a death factory such as other camps like Auschwitz,
the brutality and death toll climbed as time wore on.

While the actual death toll will never be known, about
40,000 people lost their lives here during its 12 years of existence - most during
the final years of the war. 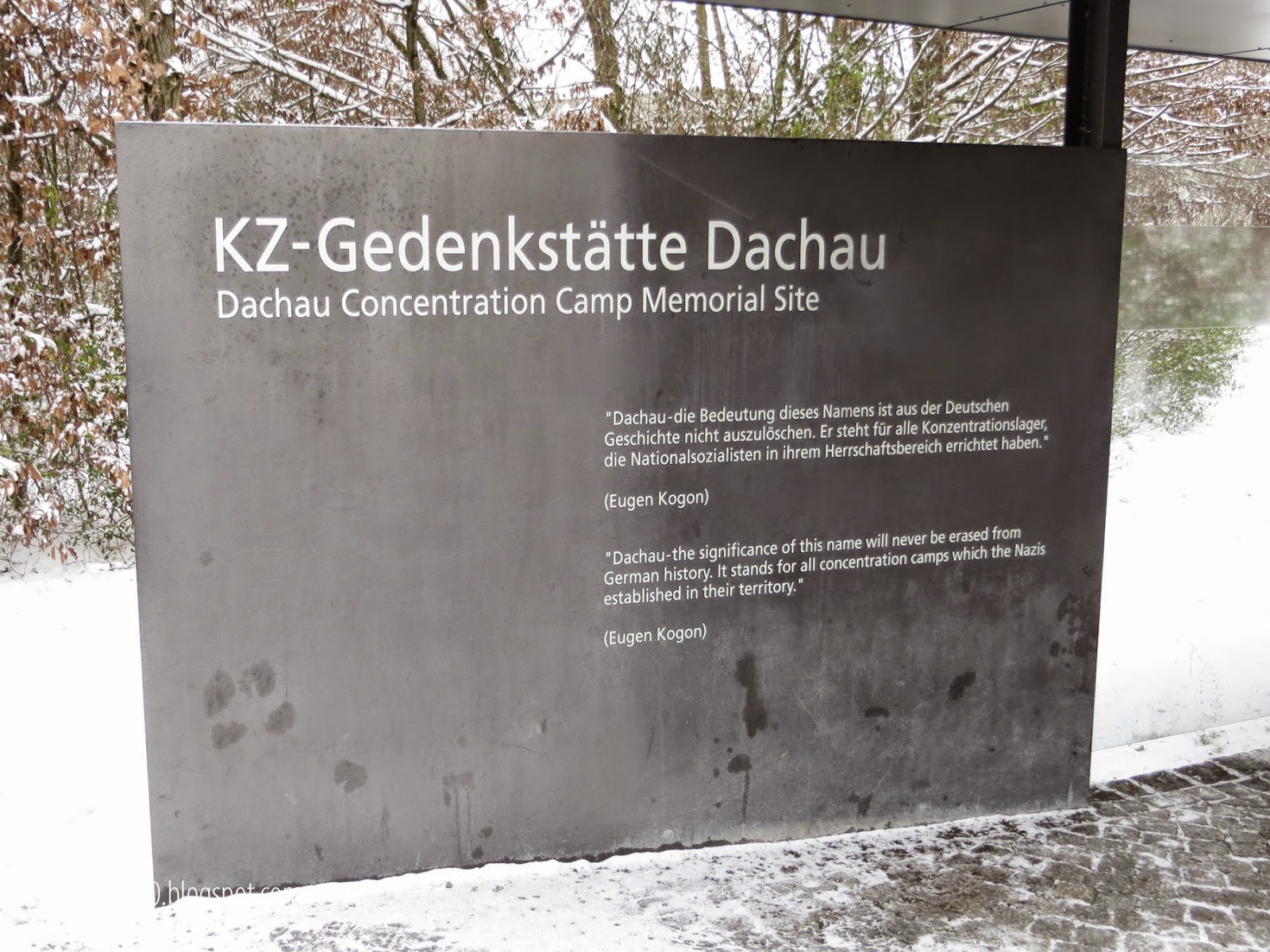 Plaque at the entrance commemorating the liberators. 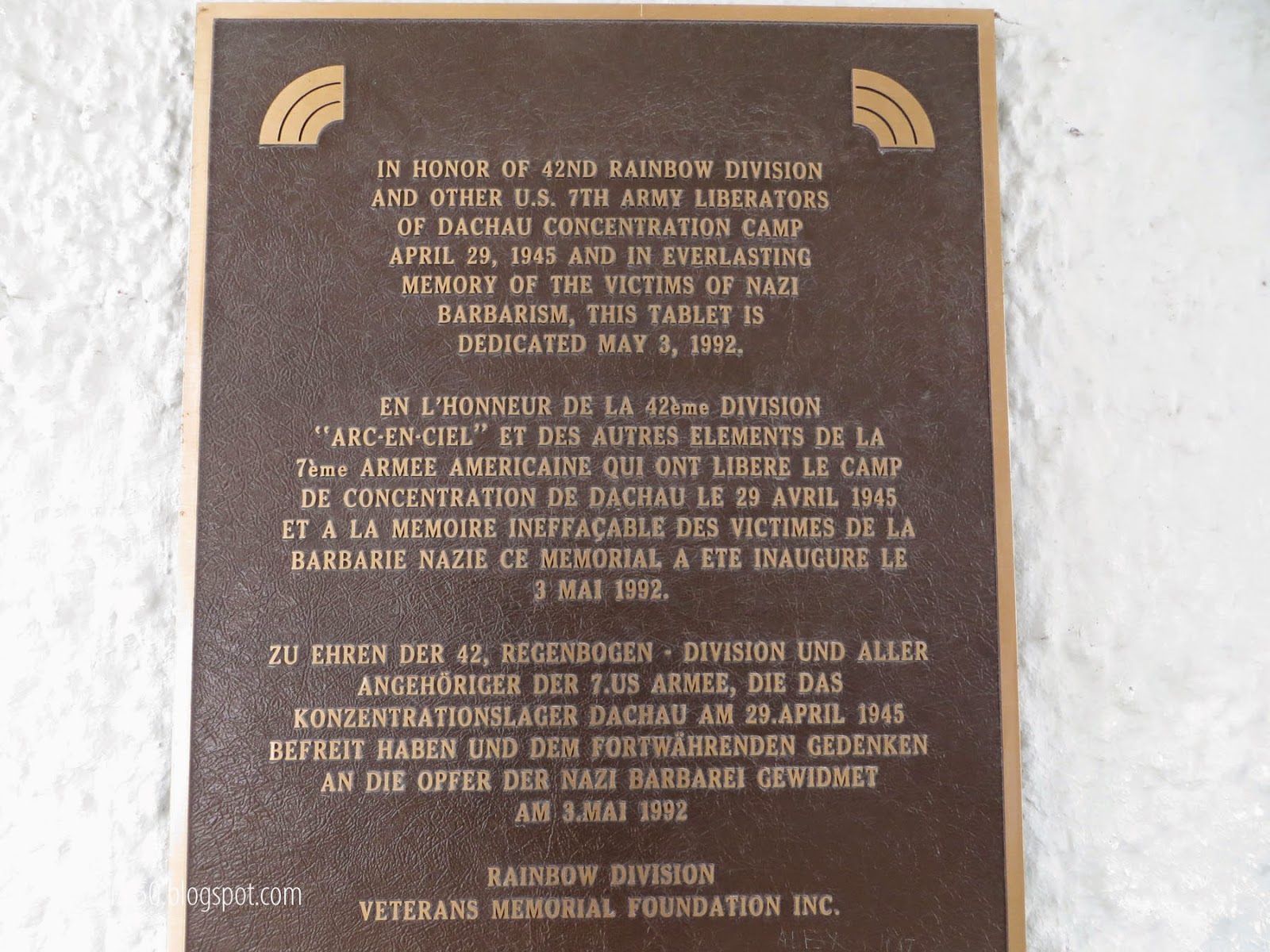 The entry gate to the camp thru which prisononers would pass.
Originally it said "Arbeit Macht Frei"  (work makes you free)
This slogan was on the gates at all the camps, the one here was stolen. 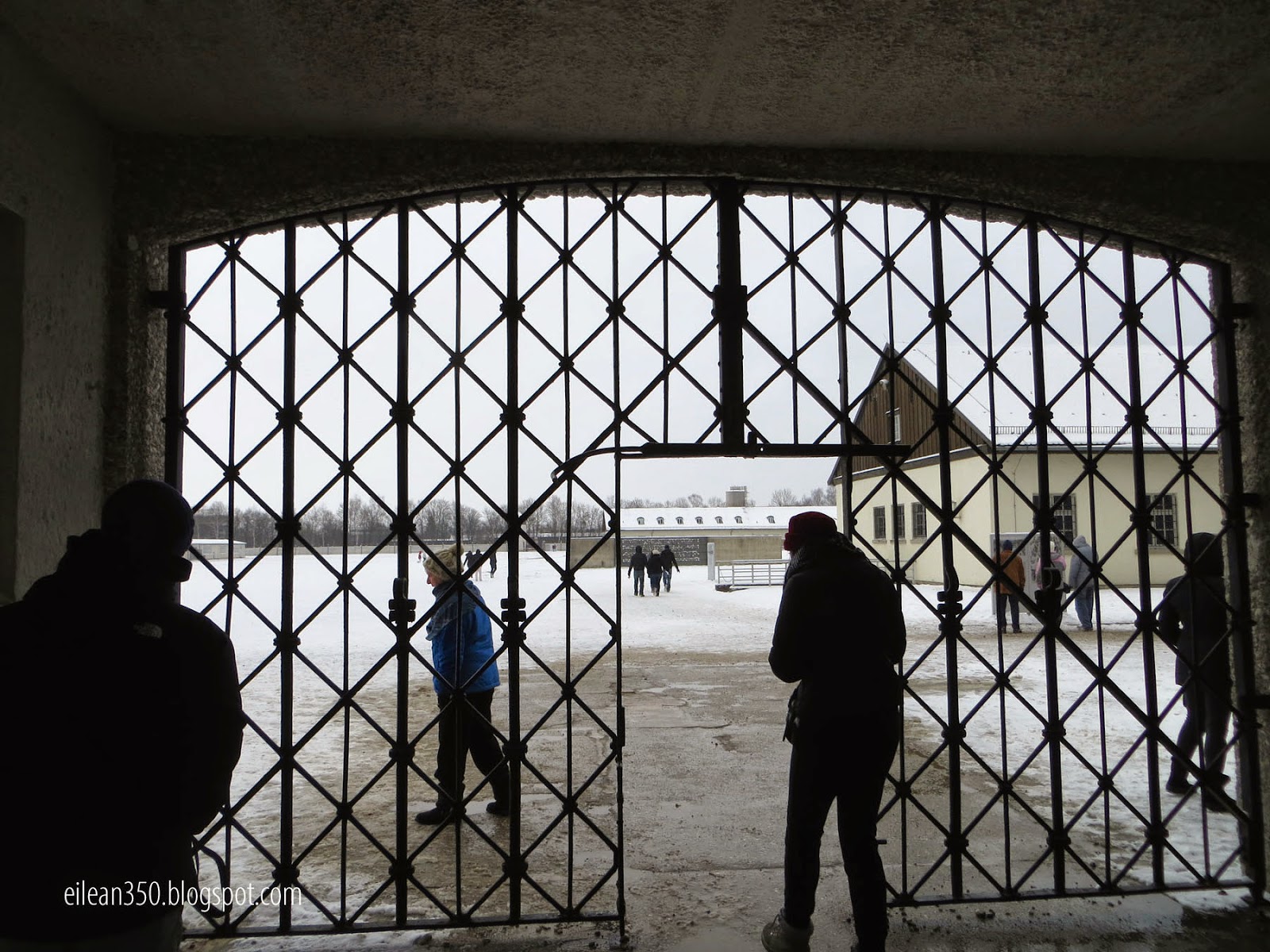 Our visit was on a bitter cold and windy day.
Kate & I agreed that the weather added a somber feel to the place and
was appropriate for the mood.

The building below are the only 2 barracks left standing.
There were 30 barracks that each held 180 prisoners. 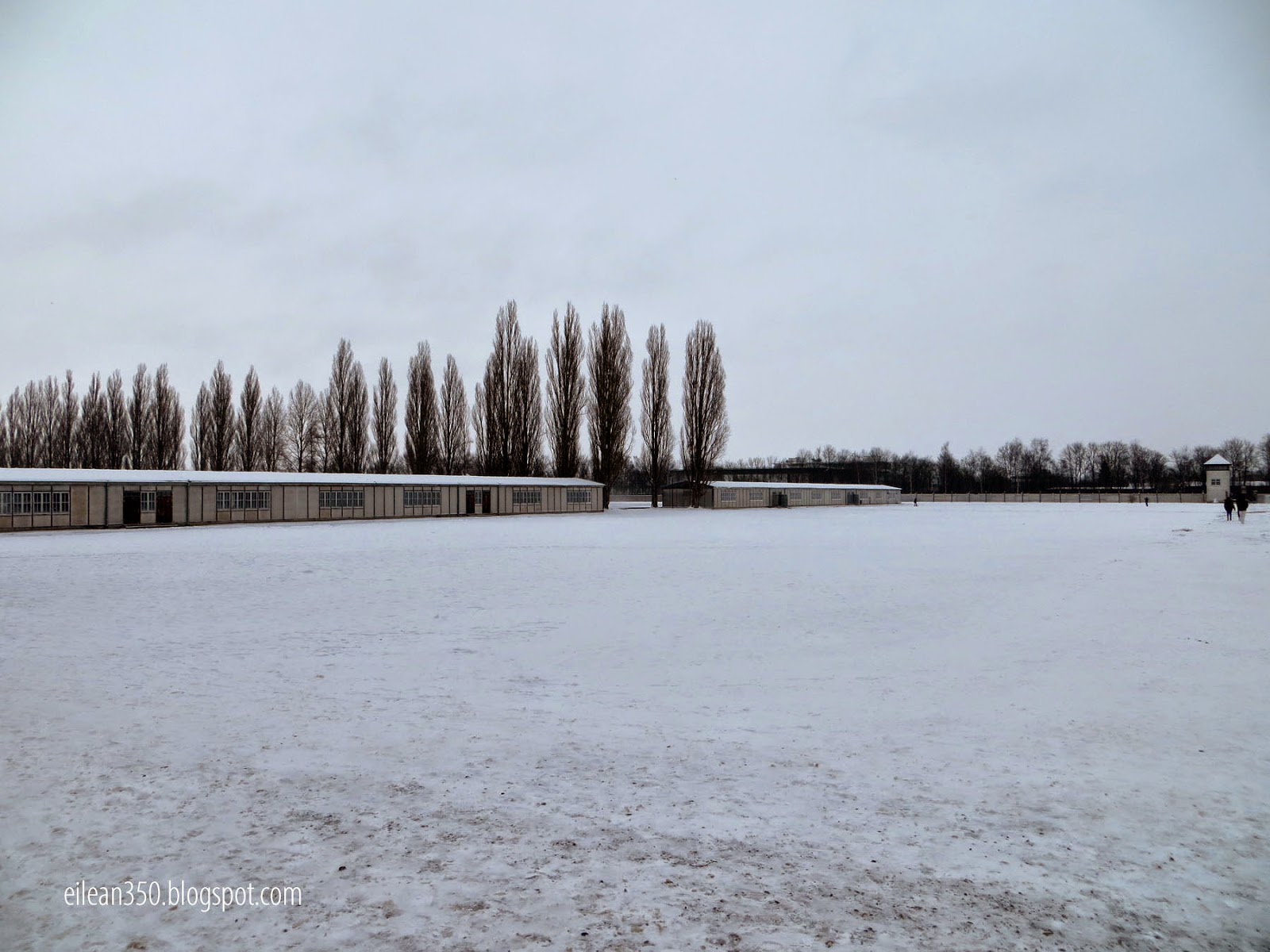 The view from one wing of the service building toward the other wing. 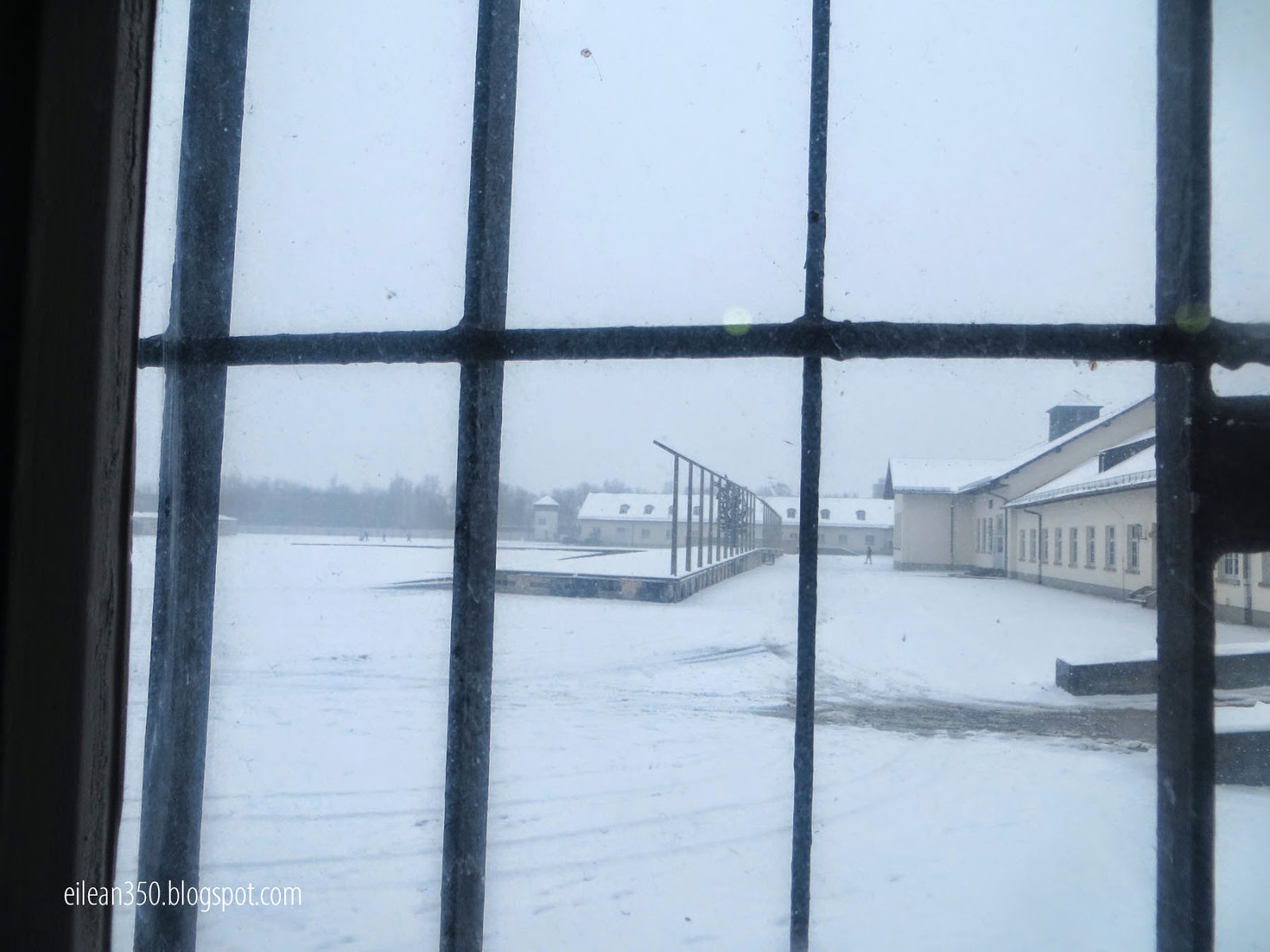 A photo of the showers taken at liberation. 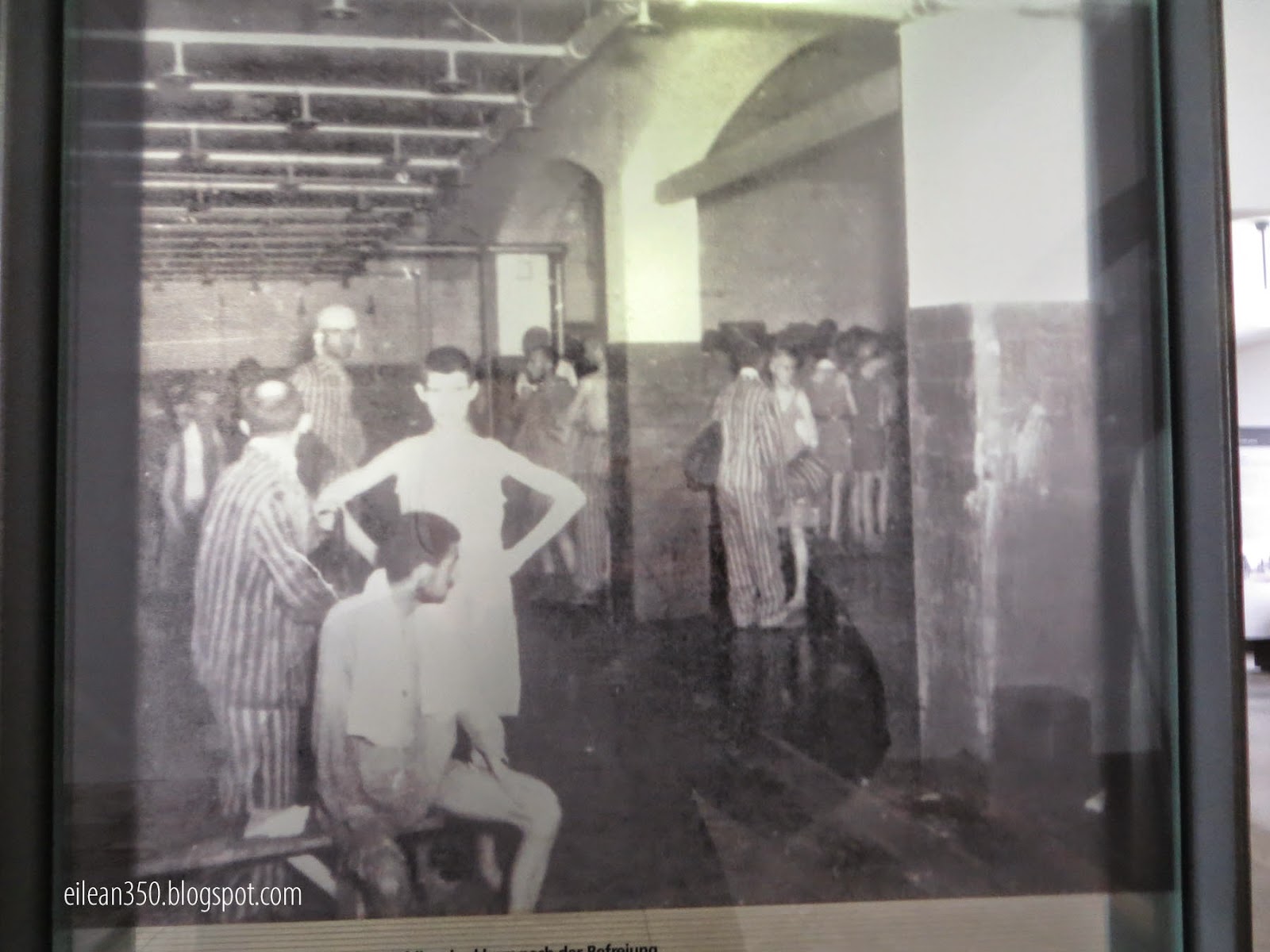 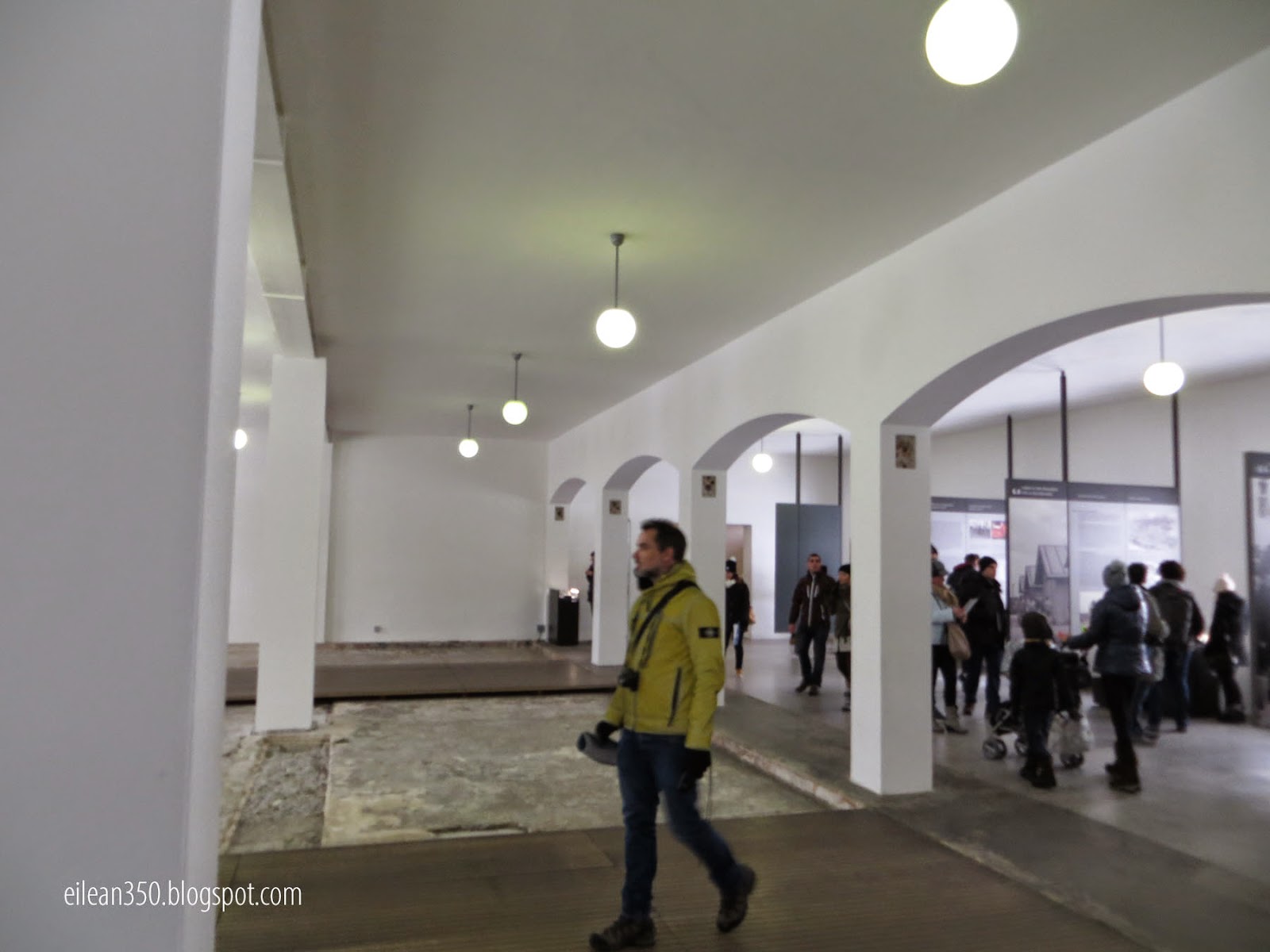 Prisoners slept on hard wooden bunks 3 to a tier. 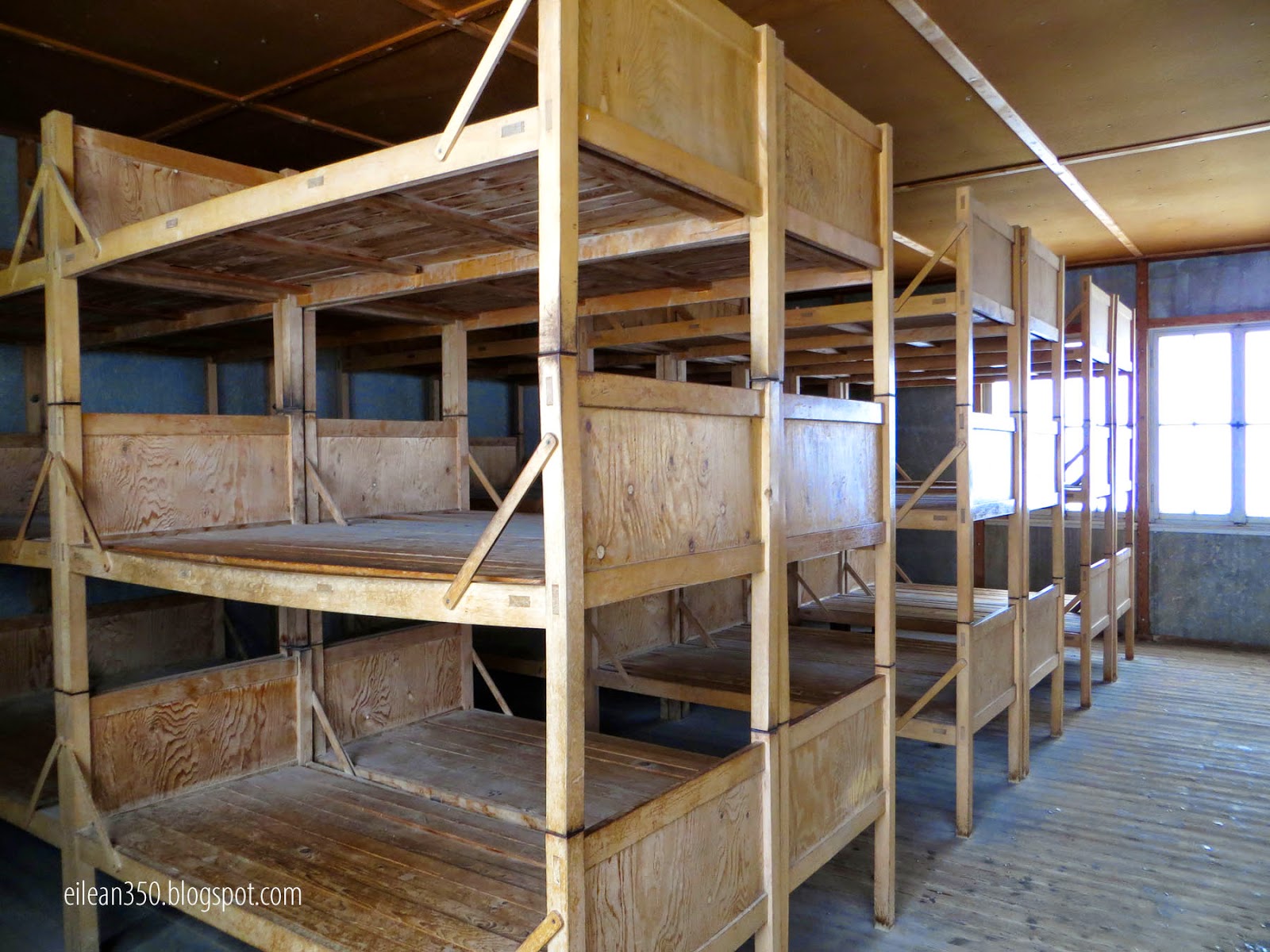 Each of the dark lines is actually the cement foundation where a barrack used to stand.
Guard towers and electrified barbed wire surrounded the huge enclosure. 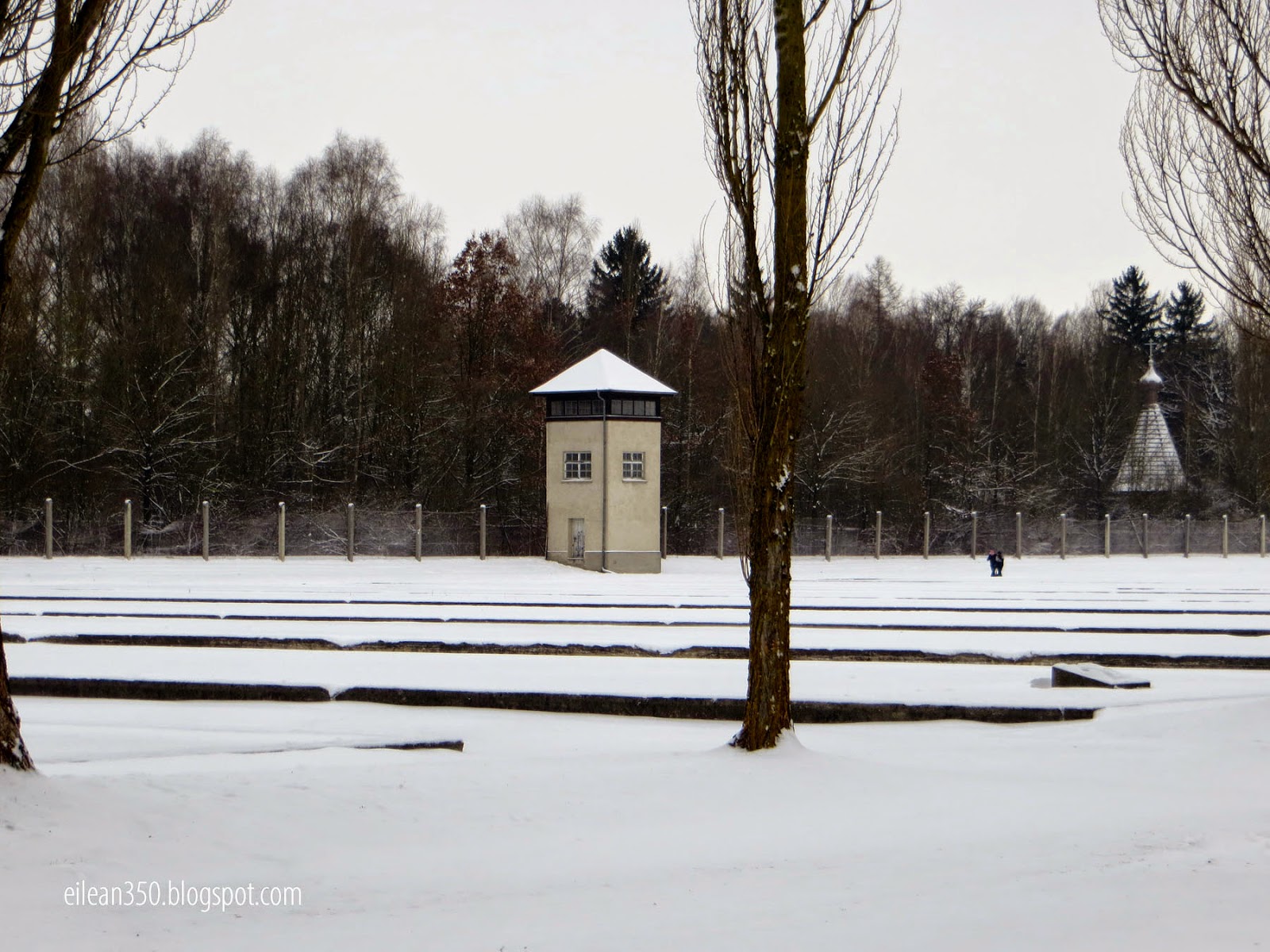 The view between where the barracks stood back toward the service building. 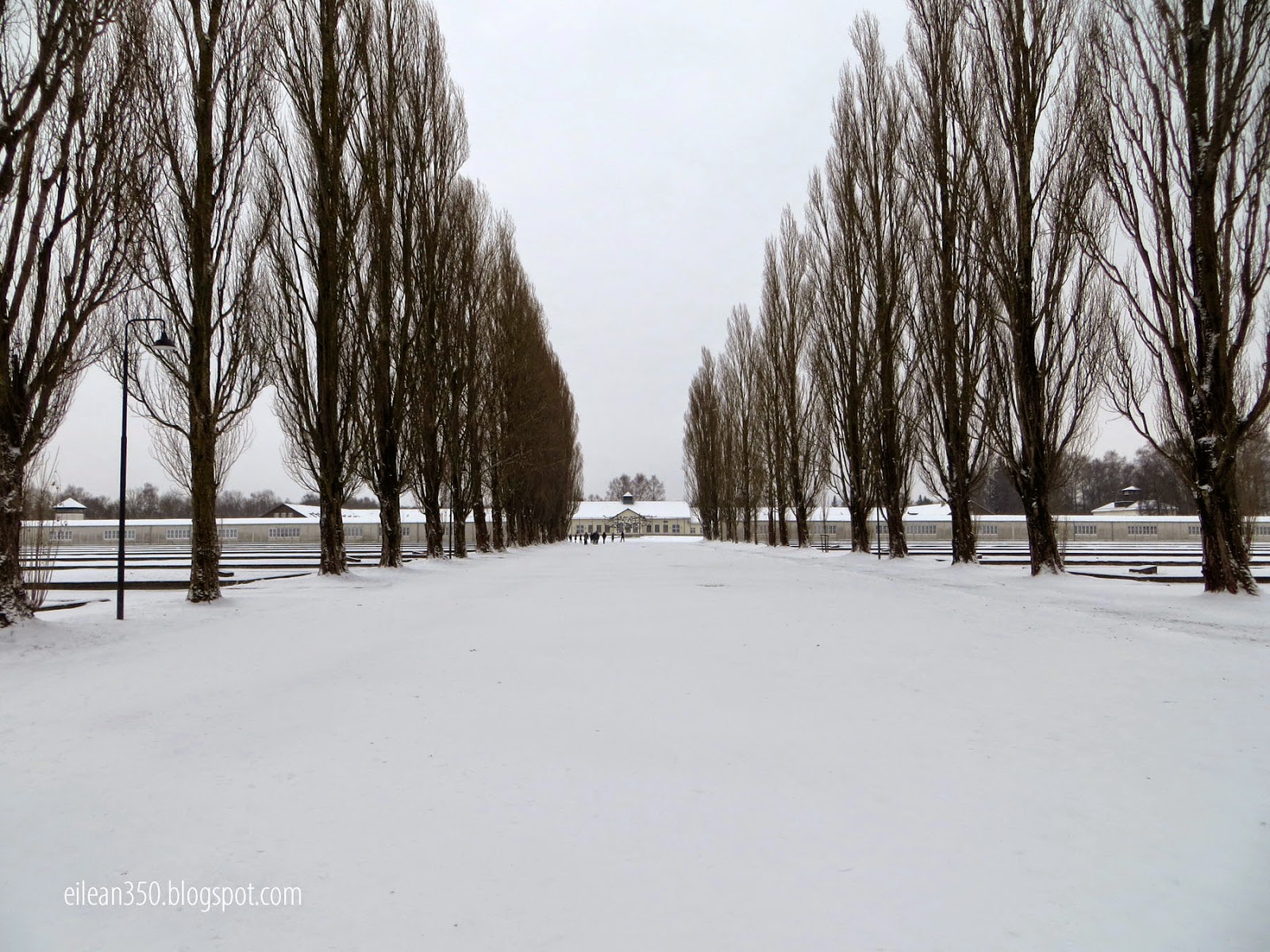 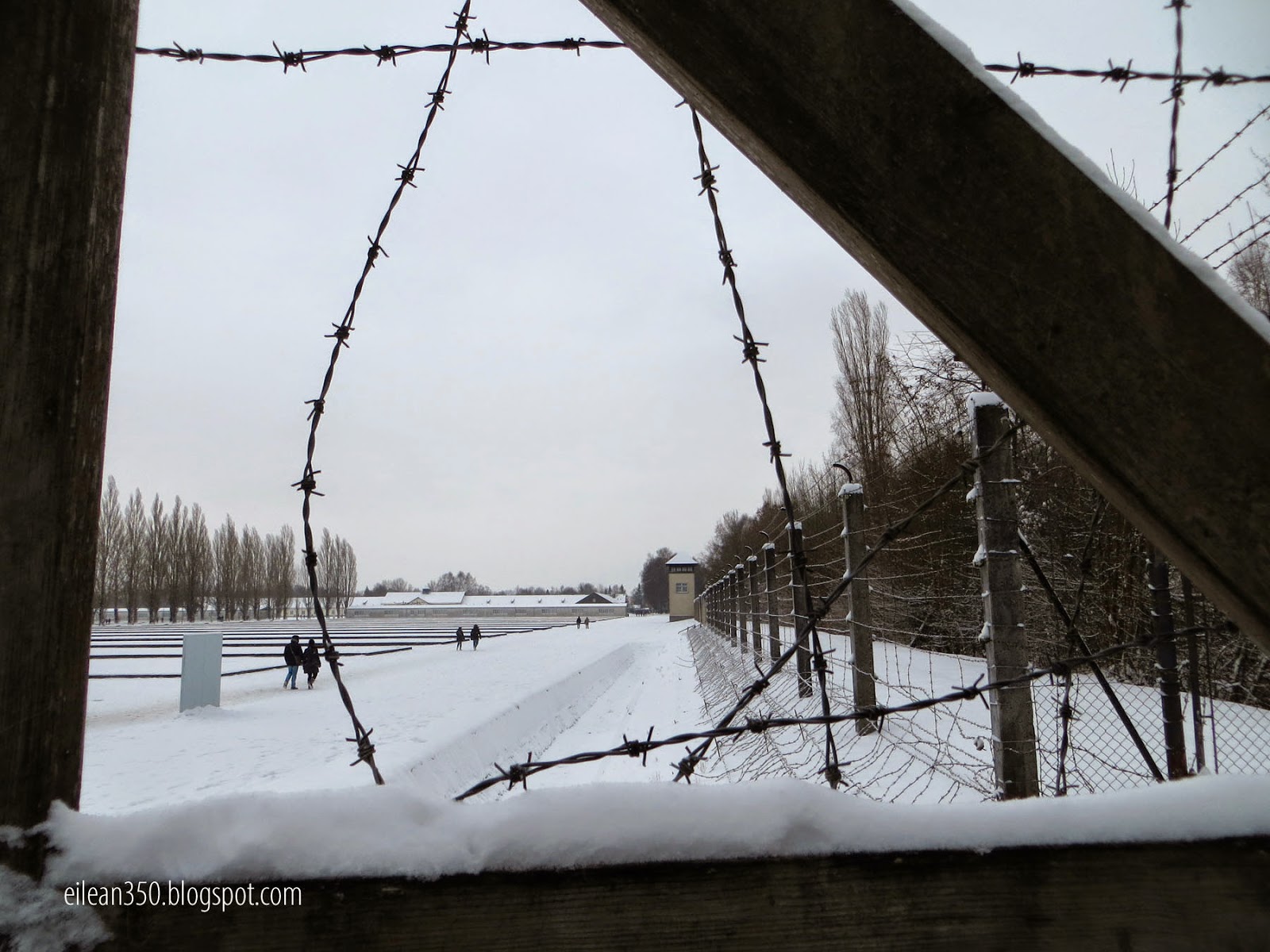 Crematorium.
There were 6 in total if I recall correctly.
Compared to the death factories like Auschwitz this would have
actually been small. 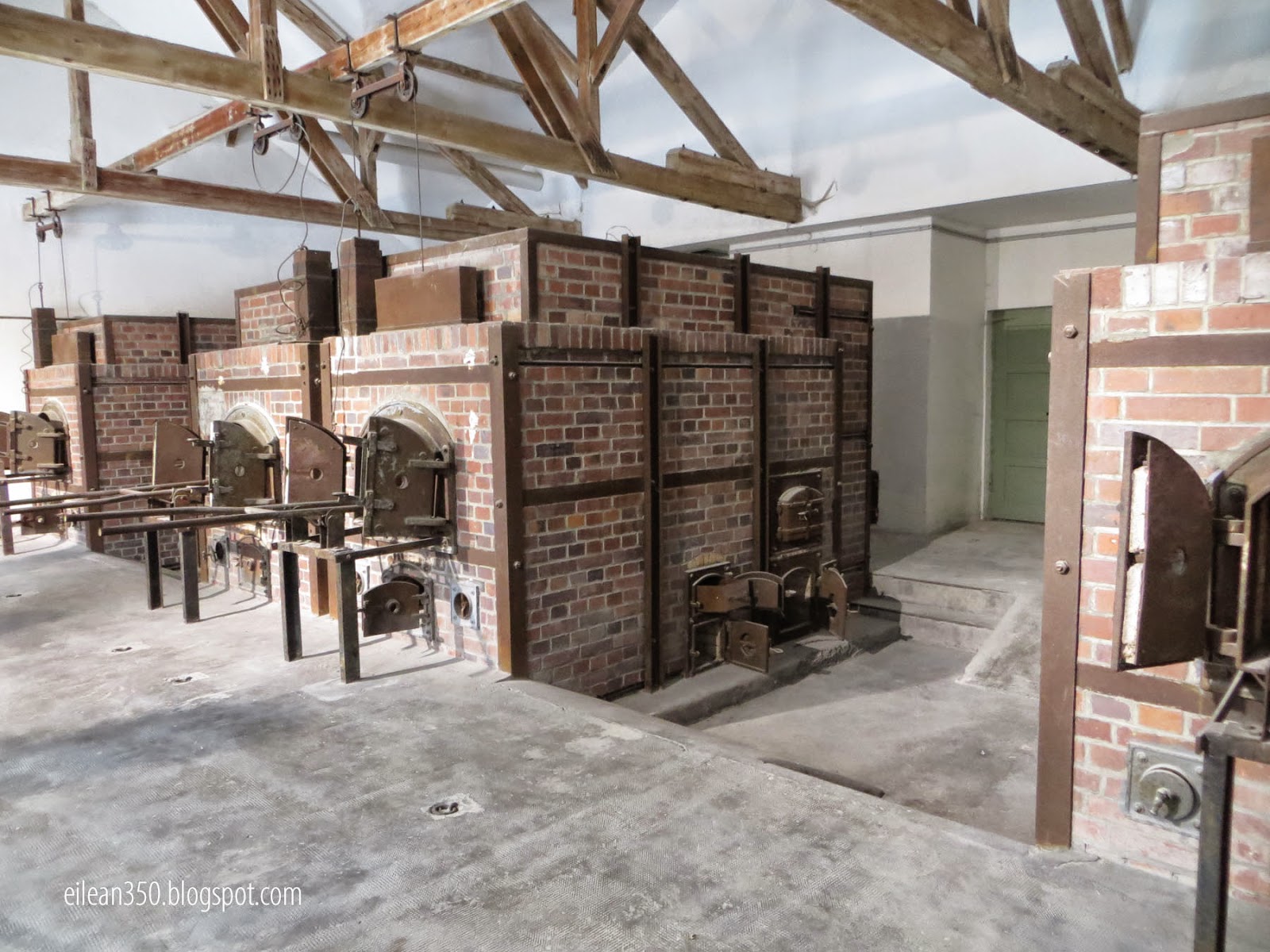 Inside a gas chamber that would have been outfitted like a shower.
The gas chamber here was never used. 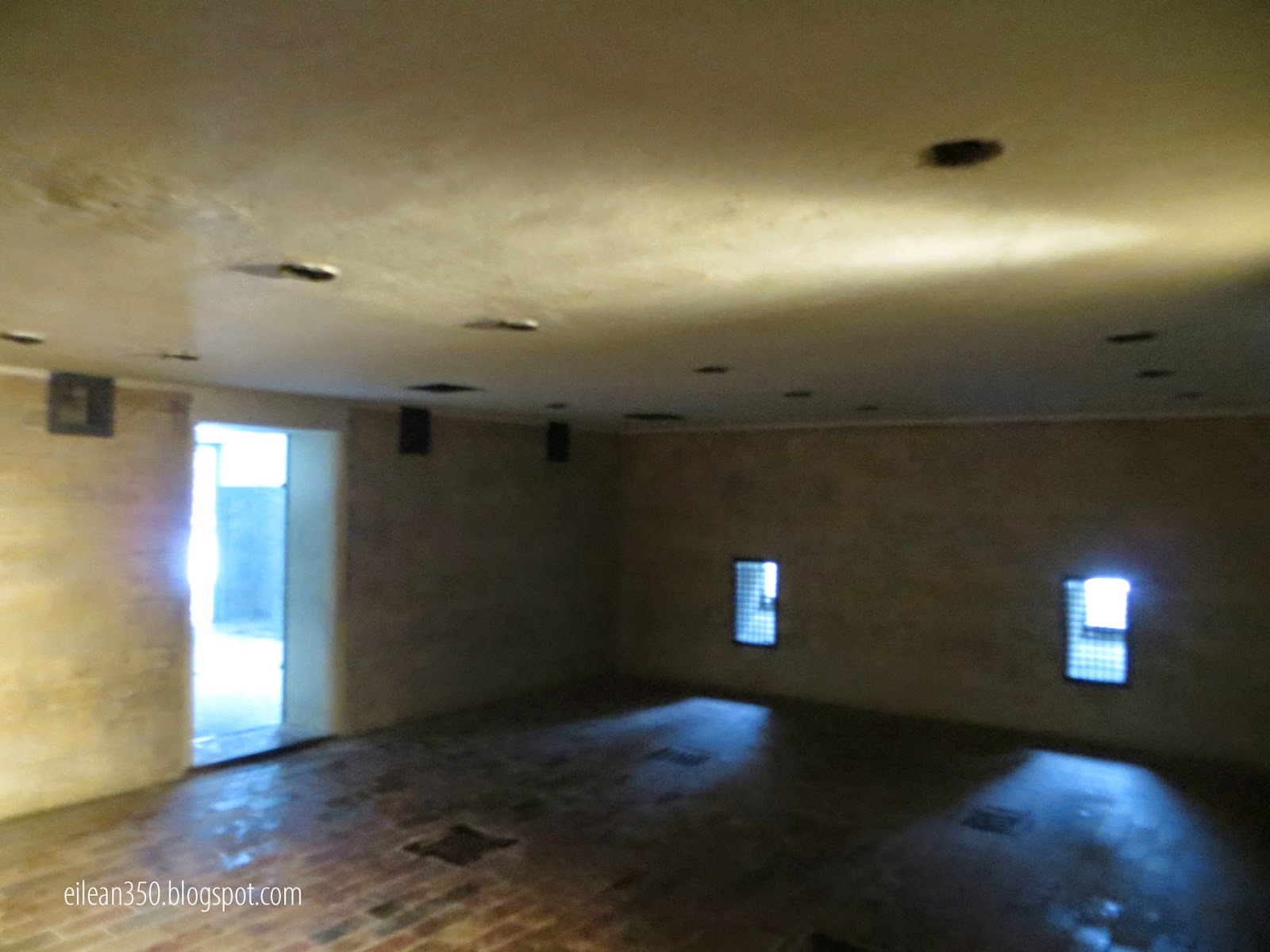 It was a somber and emotional day but a visit that was important to us.
Not only from a historical sense but also from the standpoint of remembrance.

We took the S-bahn train from Munchen.
The German train system is an amazing and well run operation.
They were on time, clean, and easy to navigate. 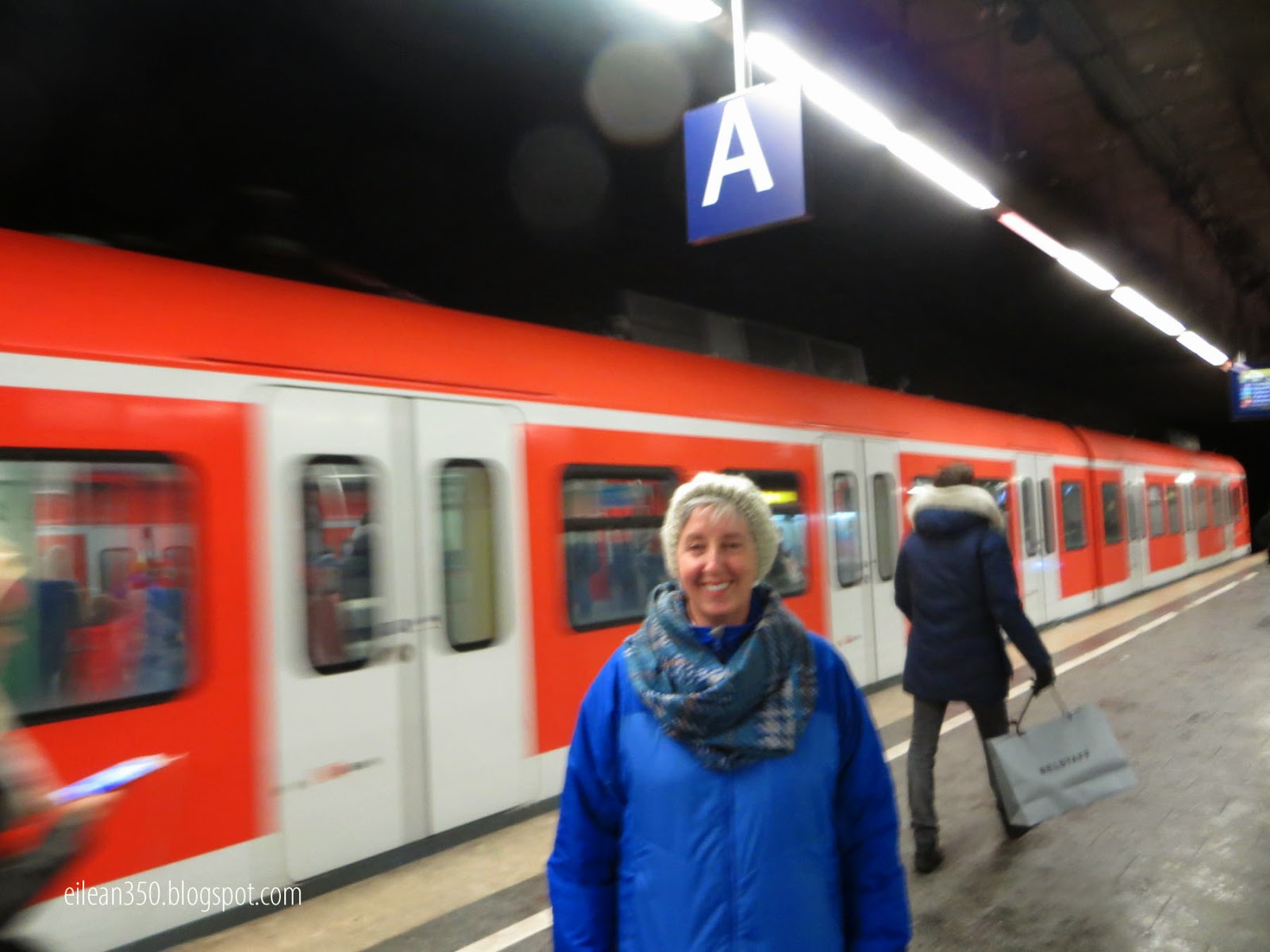 Kate met a Mom & Daughter who were also visiting from Italy and spoke only
a little English.   They were concerned about navigating the busses and trains to and
from Munchen so we took them under our wing for the day and they traveled with us. 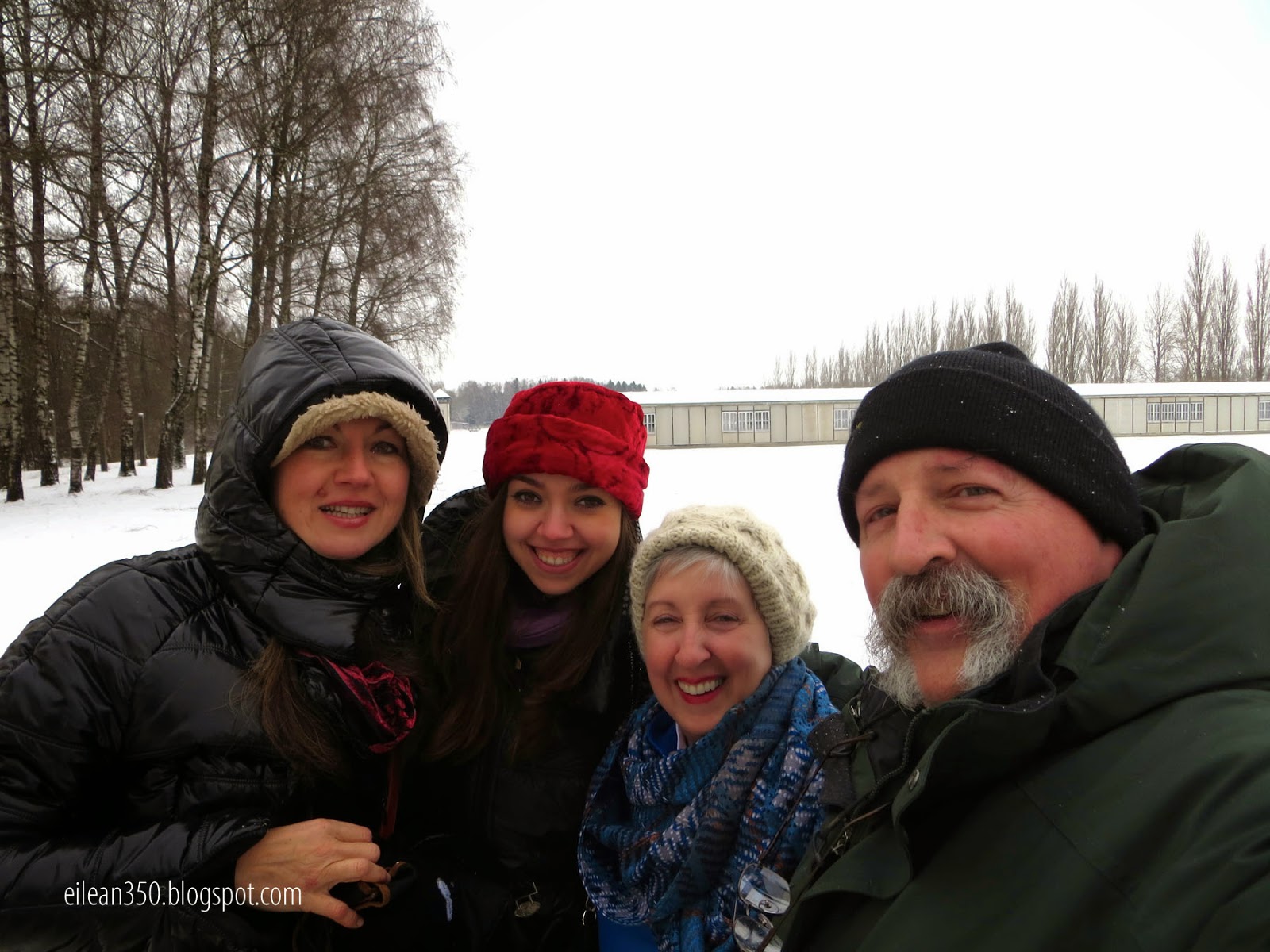 The Memorial was a very worthwhile visit.
It was very informative both about how the Nazis gained power and then
used the camps first as an instrument to solidify their absolute domination over
the German people - then later as a model for the machines of mass genocide.