For the last few days we've been in Tucson while Kate & the ladies
took full advantage of the Tucson Gem & Mineral Show.

In Tucson we've hooked back up with Jim & Kristi,
Stan & Marilyn, plus we've also been joined by Kristi's sister Cath
and her friend Jen who owns a travel trailer and has been getting her feet wet
putting some miles on.

Our timing at the RV park, this year like the last, coincided with an Airstream Rally.
For those of you who might not know - an Airstream Trailer is one of those
shiny metal tow behinds that have been made in basically the same shape for
over 60 years.

We saw this 56 GMC pulling a 56 baby Airstream. 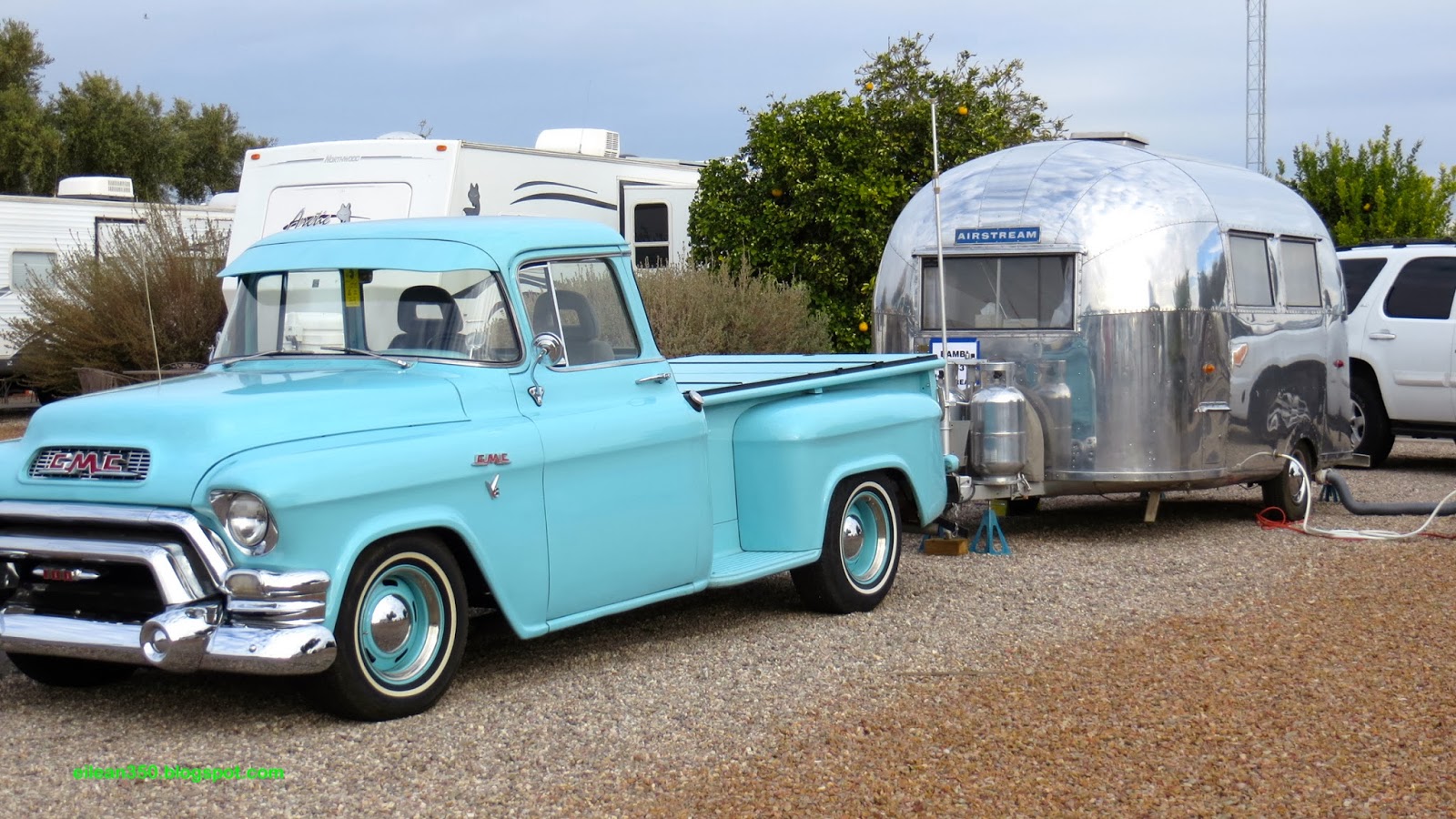 What is interested to us is that we've seen this same rig here last year but even
better is that we also saw it two years ago in West Yellowstone Montana
around July 4th.  Its photo is in the blog then also.

On the way down to Tucson from Casa Grande
(where we made the switch to the Dog House)
We saw this extremely overloaded pick up moving their household contents.
It reminded us of the Clampetts heading to Beverly. 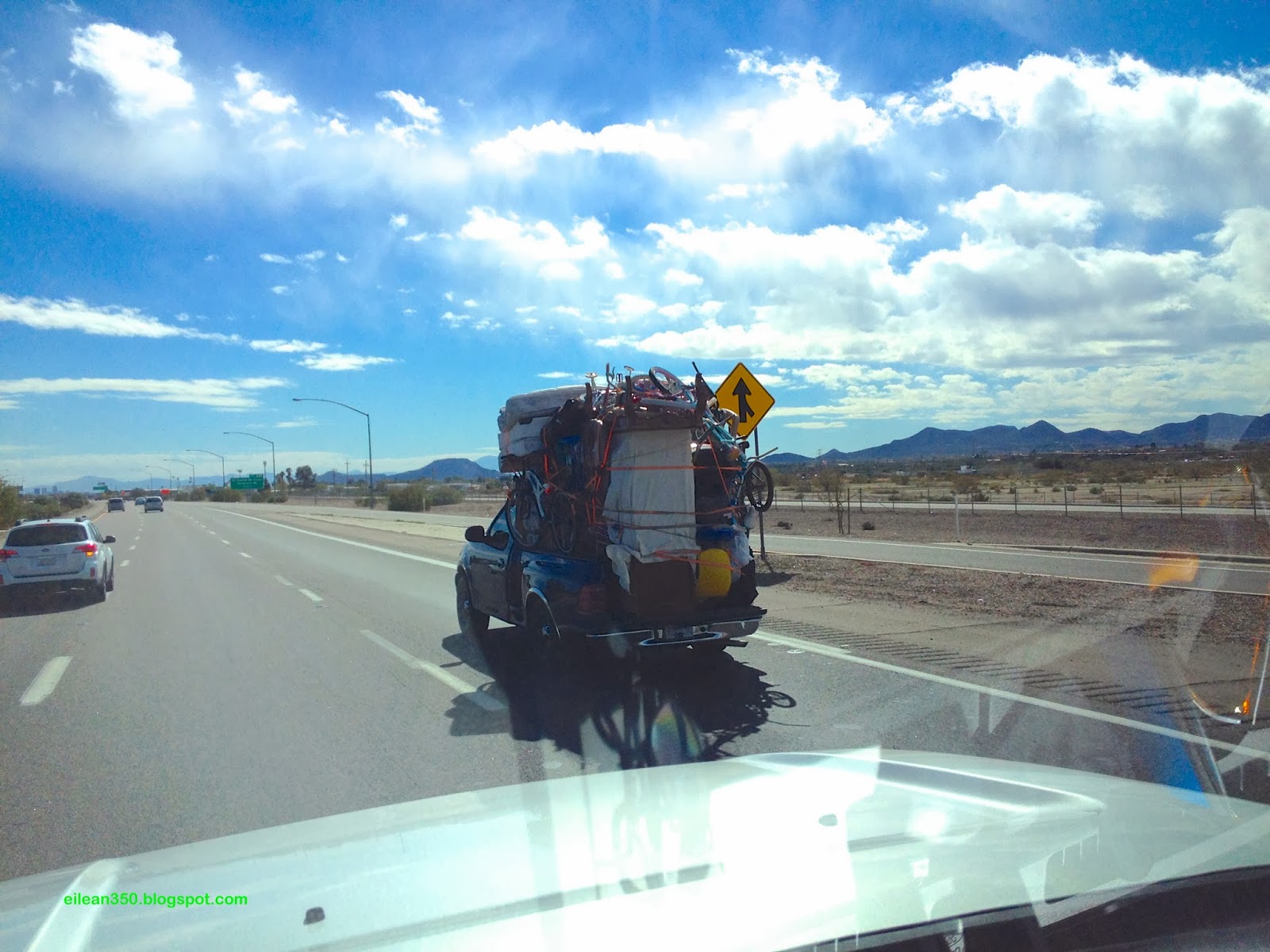 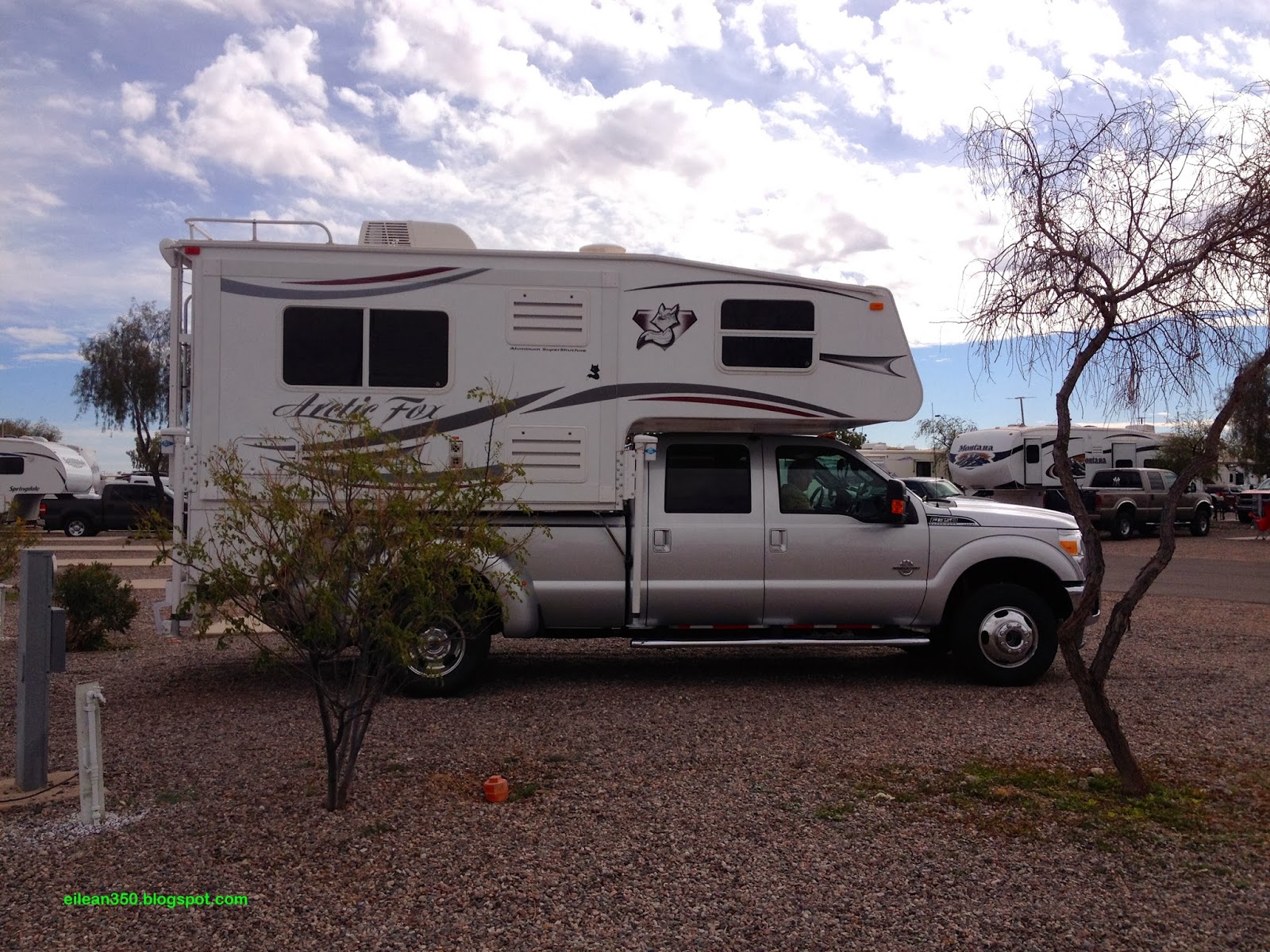 Meanwhile  back to the Gem Show...
Jim and I went yesterday afternoon for an hour or so which gave me
all the time I needed to select more rocks for polishing and turning into jewelry.
They were boxed up and are on the way home.

With that mission accomplished it was time to start thinking about our impending
journey east and when we should hit the road.

Only 30 miles south of Tucson lies the sleepy little village of Tubac.
Tubac is a well know artist colony and the town reflects this.
From what I've heard I've always been intrigued and have wanted to visit for
some time now, so we decided to head south for one day before we turn the
truck east for the 2500 mile run.

What I did not know when we decided to go to Tubac was that our visit
coincided with the Tubac Art Festival - one of the premier festivals in the Southwest.
Timing is everything! 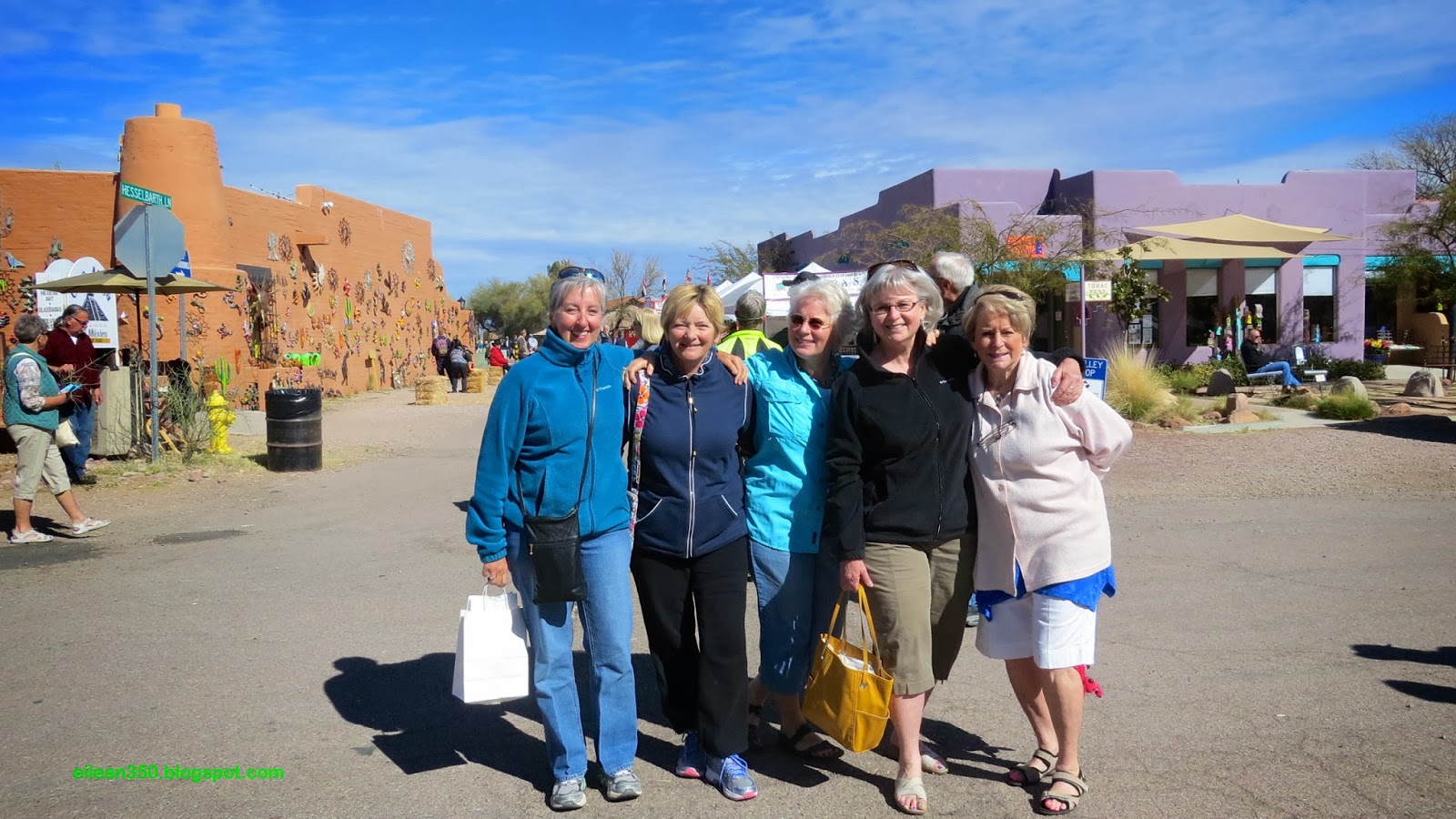 The types of art ran the spectrum.
There was pottery, paintings, jewelry, sculpture... 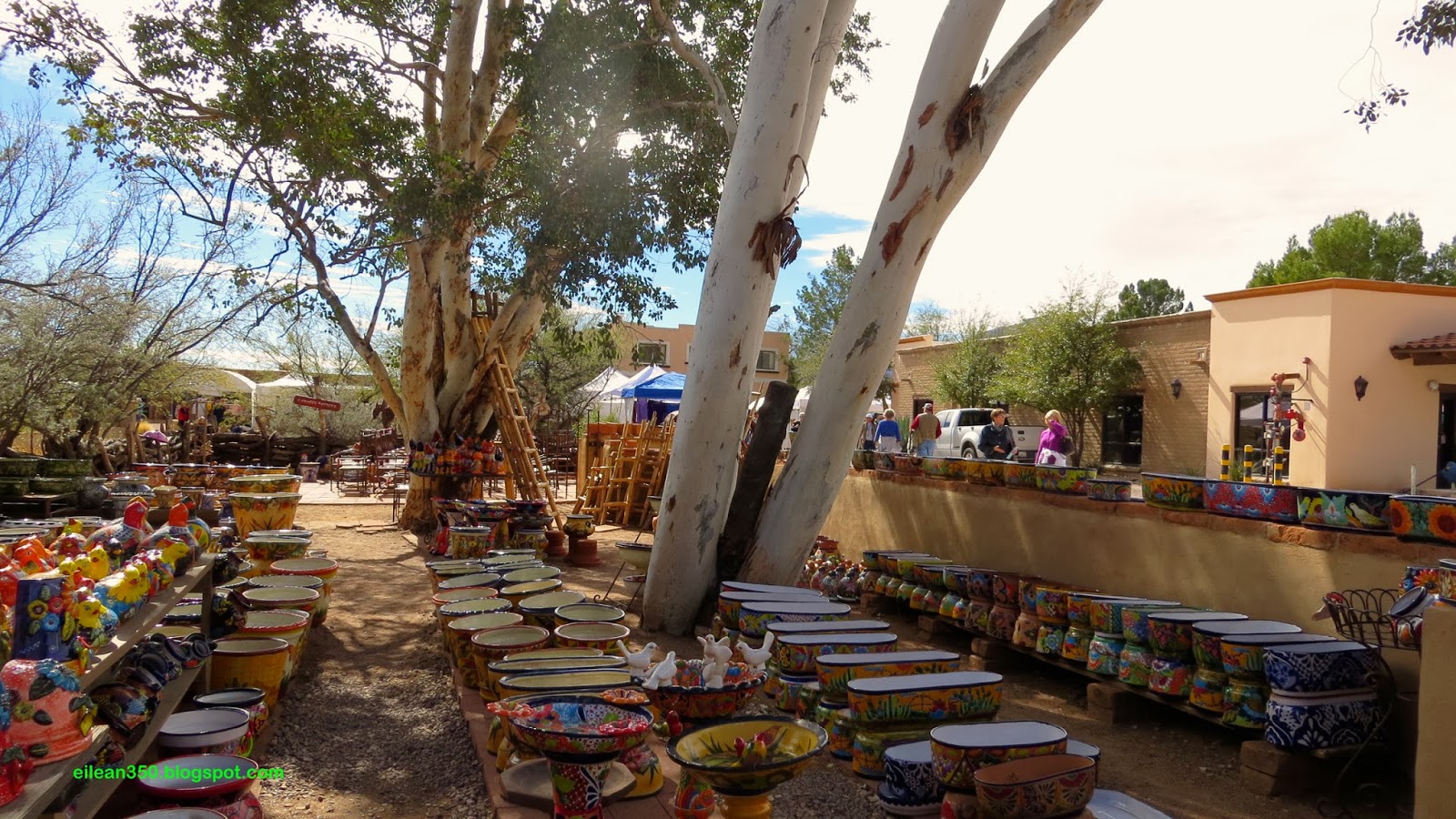 And a new type (for me) called Kinetic Sculpture.
It has to be seen in action to get the idea,
but in person it is even more incredible.


The Doodles were a big hit all day everywhere we walked.
Here Lucy is dying to get the toy off of Stans Hat. 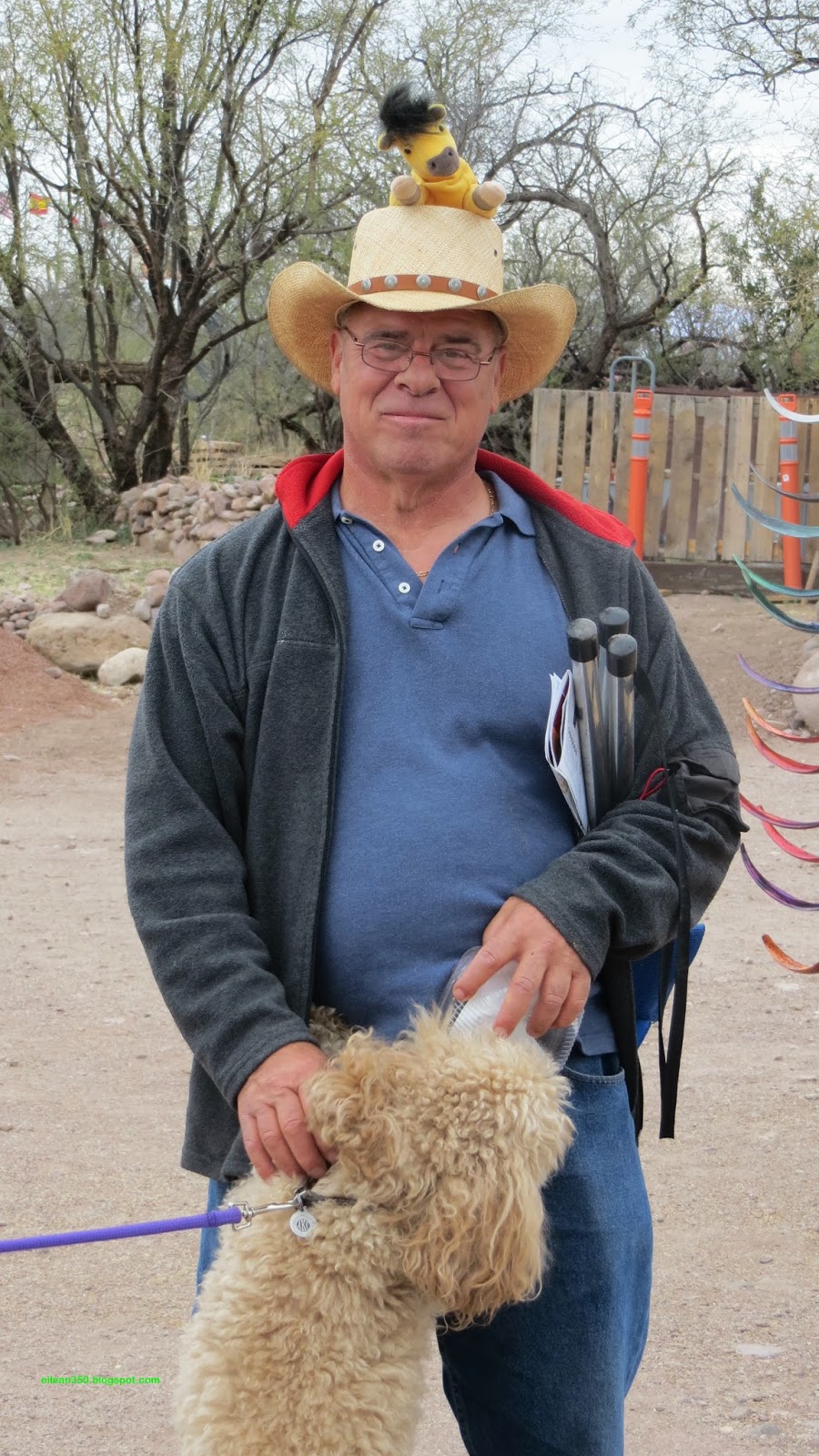 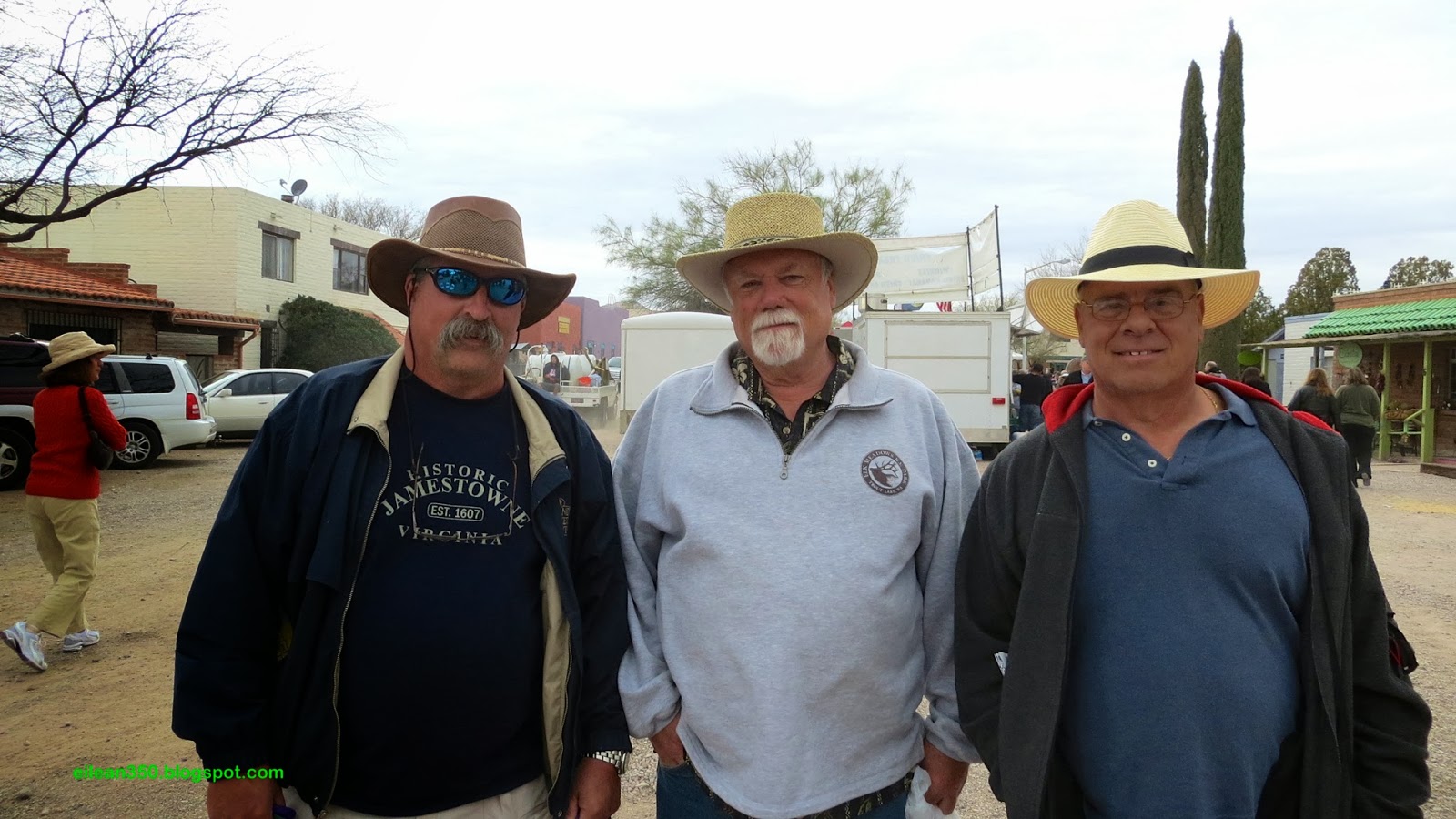 We moved the DH down to Tubac and are spending the night here.
The rest of the gang were heading back to Tucson to finish up the week
before heading down to Mexico with the RV's to spend a month on the beach.
Tomorrow we'll take a two-lane highway east where we'll hook up with I-10.

The girls posed for one last photo. 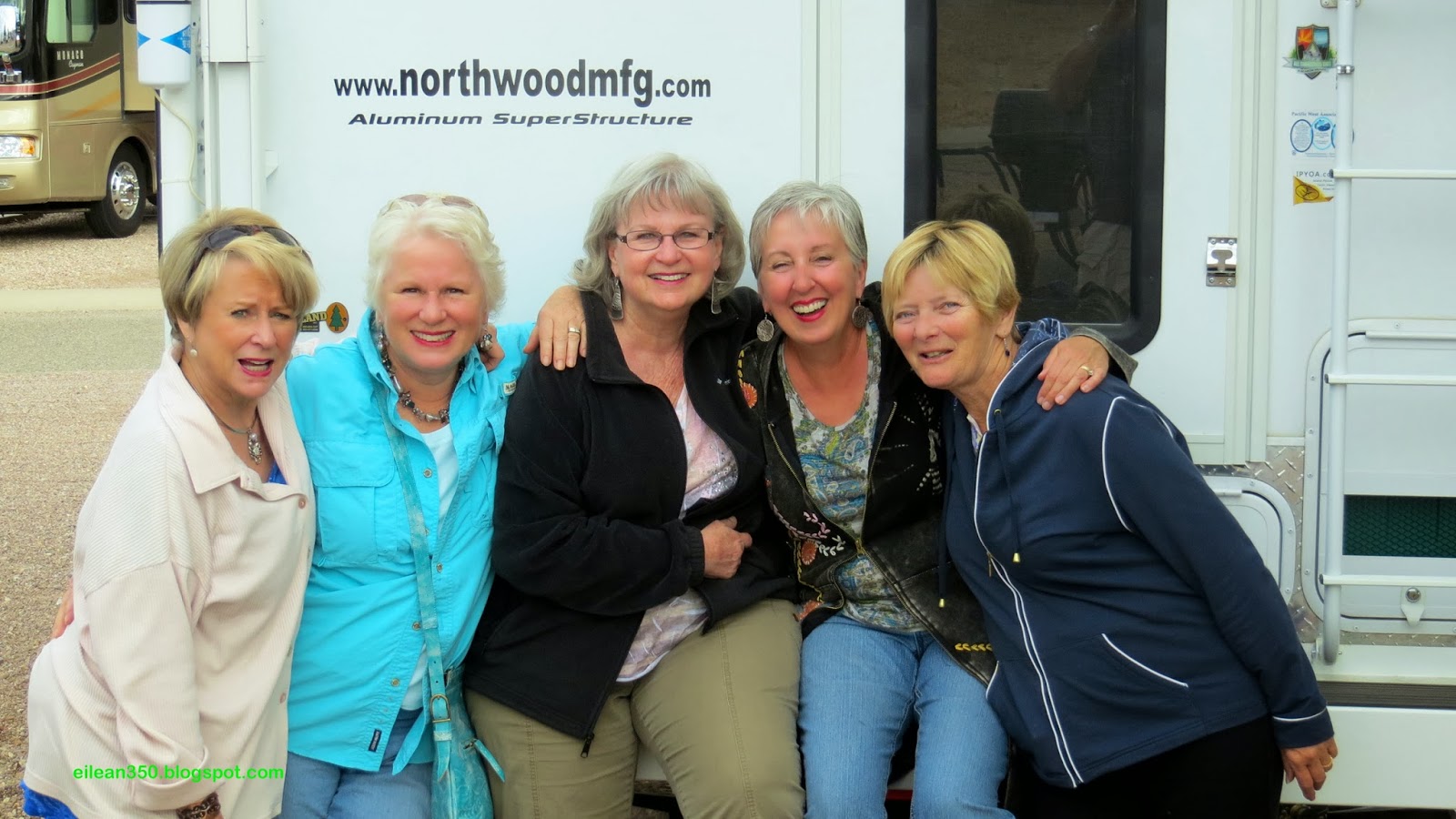 Finally I did one last self portrait and then it was time to say good-bye. 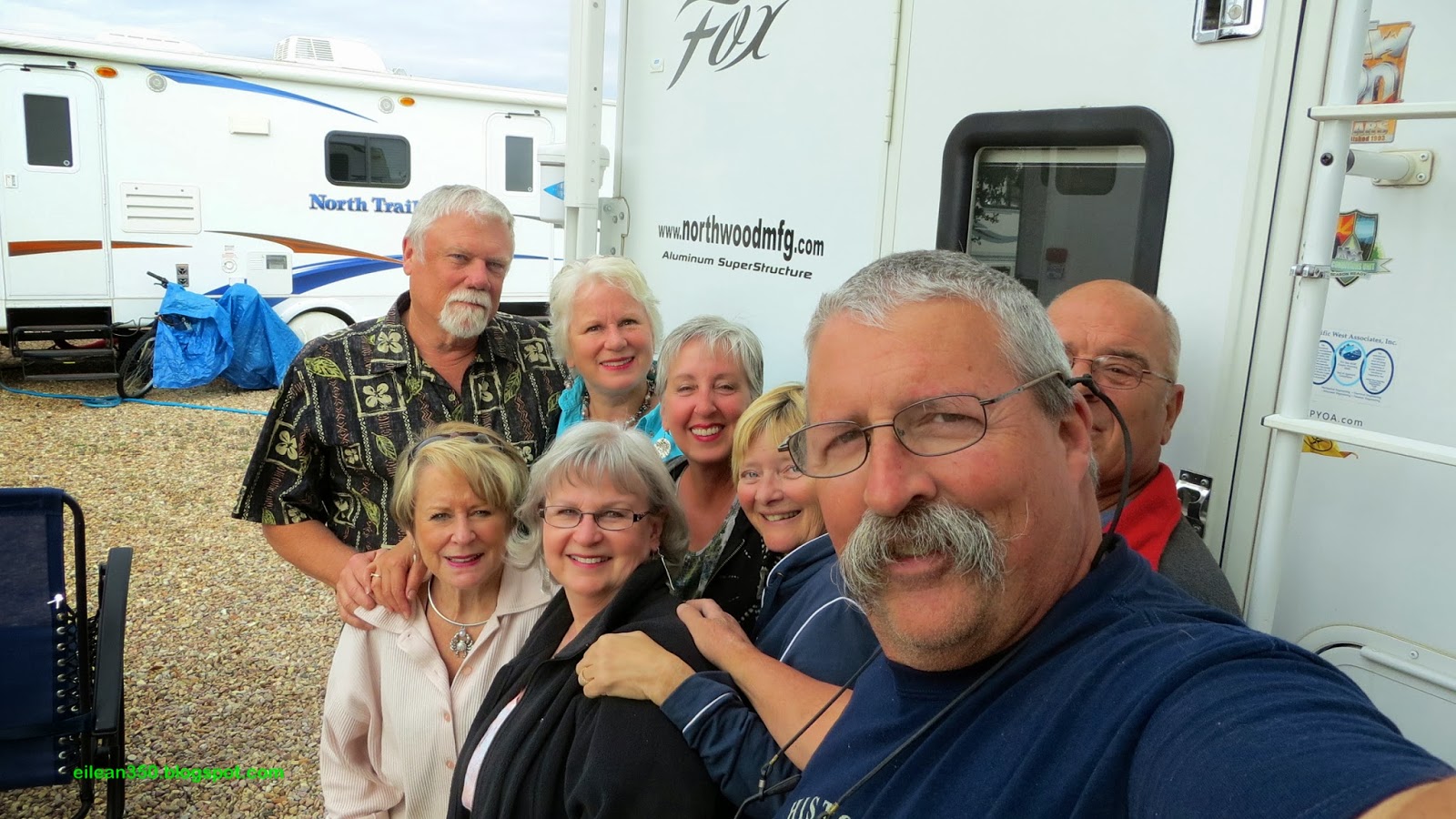 Good bye friends…
Safe travels…
See ya down the road