On Saturday our travels on Prince Edward Island Continued.
As a young girl, Kate had read the Ann of Green Gables series and so
our first place on our weekend agenda was a visit to Green Gables. 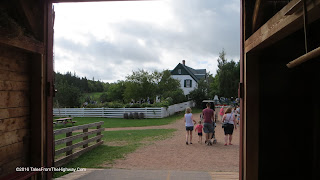 A childhood home of Lucy Laud Montgomery, the author of the Green Gables books,
and the inspiration for the series, the farm is now a Canadian National Park,
and heritage site. 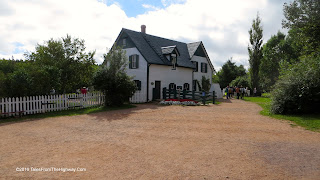 Surrounded by beautiful gardens, we were able to tour the farm as well as the well preserved
home.   The interior just as it would have been in the 1800's 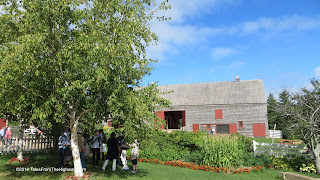 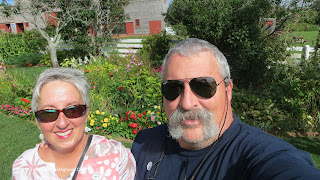 Later in the day we took advantage of some better light to take a drive and photograph
some of the absolutely beautiful countryside and harbors. 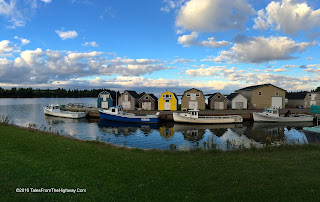 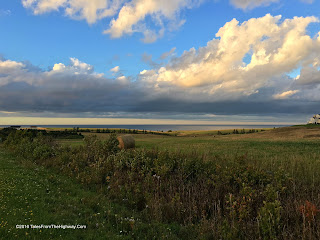 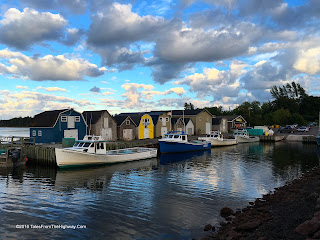 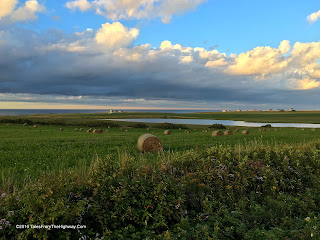 We extended our stay twice and wound up staying on the island for 6 days.
On Sunday we made a trip to Charlottetown, the capital city.
It turned out a cruise ship had arrived and disgorged thousands of tourist onto the shore,
so we made a quick auto tour of the waterfront but decided to keep moving
due to the crowds. 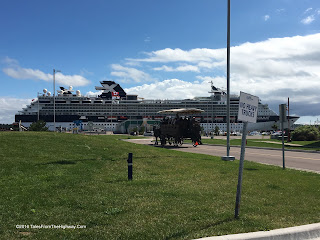 Back at the bus, we decided to grill a pair of our Harris Ranch Rib Eyes
for dinner.
Rib eyes overlooking the ocean.
Not a bad combo at all. 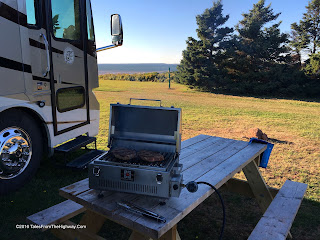 On Monday evening we were treated to our farewell sunset. 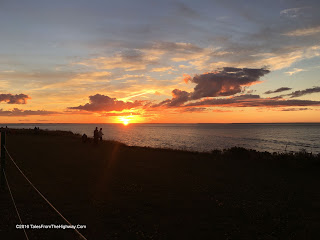 On Tuesday we made a 2 1/2hr drive off the island to Truro, Nova Scotia.
We will now tour Nova Scotia for the next couple of weeks.

Our first stop was chosen simply to see the tidal bore on the Shubenacadie River.
The Bay of Fundy has the highest tidal range on the planet - reaching about 53'
That is a lot of water to be moved in and out of the rivers and bays every 6hrs.

Our visit to the Fundy Tidal Interpretive Center in South Maitland was timed to
see the tidal bore enter the river.

Before the tide came back in. 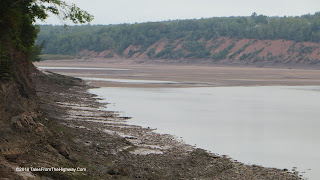 A few hours later 30' of water filled the river. 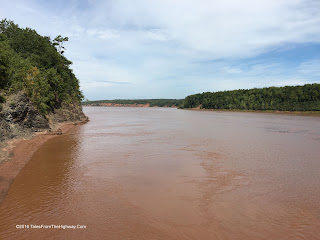 Looking at the bridge before the tide came back in. 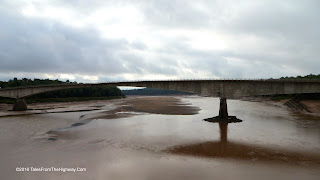 The tide is back.
Without a reference its hard to really see how impressive the tidal change is.
When the tide came back in, this river flowing out to the sea all of a sudden became
a river rushing in the opposite direction, with a 30' tide rushing up stream.
The change took place in a minute or two. 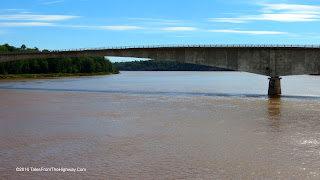 Tomorrow we are moving south to a new place where we will be perched on a hill overlooking
the Bay of Fundy and will get to watch the comings and goings of this natural wonder.

More from down the road.