Sevilla - The Cathedral & the Alcazar

I'm working with limited time and bandwidth today so I'm going to let the pictures do most of the talking:
Yesterday before leaving Sevilla we toured the Cathedral and the Alcazar.
The Cathedral is in the Guinness Book as one of the largest in the world and the gravesite
of Christopher Columbus.  It has an interesting history, first it was a mosque.
Google it for more background.
Also - getting used to the settings on this new camera so some of the photos could have been better. 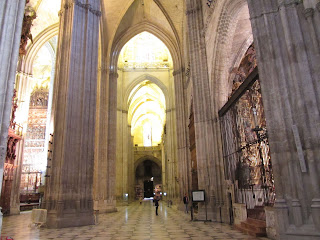 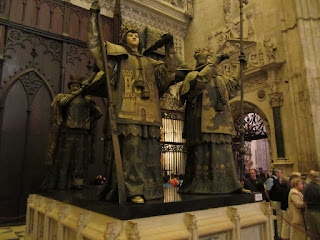 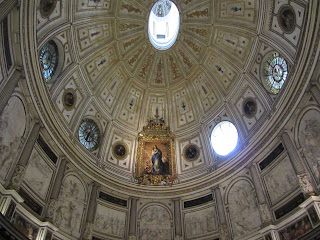 Then we went to the Alcazar, originally a Moorish fort and then Royal Palace.
The building and gardens were breathtaking! 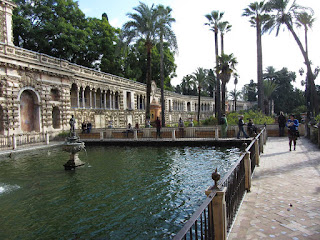 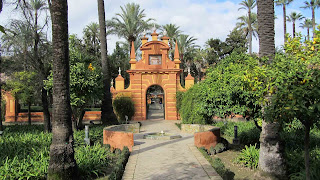 "The Courtyard of the Maidens"
refers to the legend that the Moors demanded 100 virgins every year
as tribute from Christian kingdoms in Iberia. 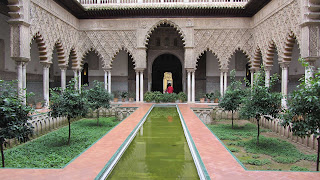 After our visit, we hopped into the rental car for the 2 1/2 hr drive to Gibraltar.
The narrow streets were a maze getting out, at points we had to fold both mirrors in
on the car as the streets were so narrow and it seemed as if we would not make it thru.
Eventually after twisting and turning our way thru the maze we found a larger avenue and got on the autovia.
Next stop Gibraltar
Posted by GregK at 11:11 AM