When we last posted, Ron & Maxine had just hit the road for
home.    We spent the next week or so at Lake Roosevelt just enjoying
the peace & quiet of the area plus the fantastic weather.

We had the most wonderful full moon.
It lit up the surrounding desert almost like day. 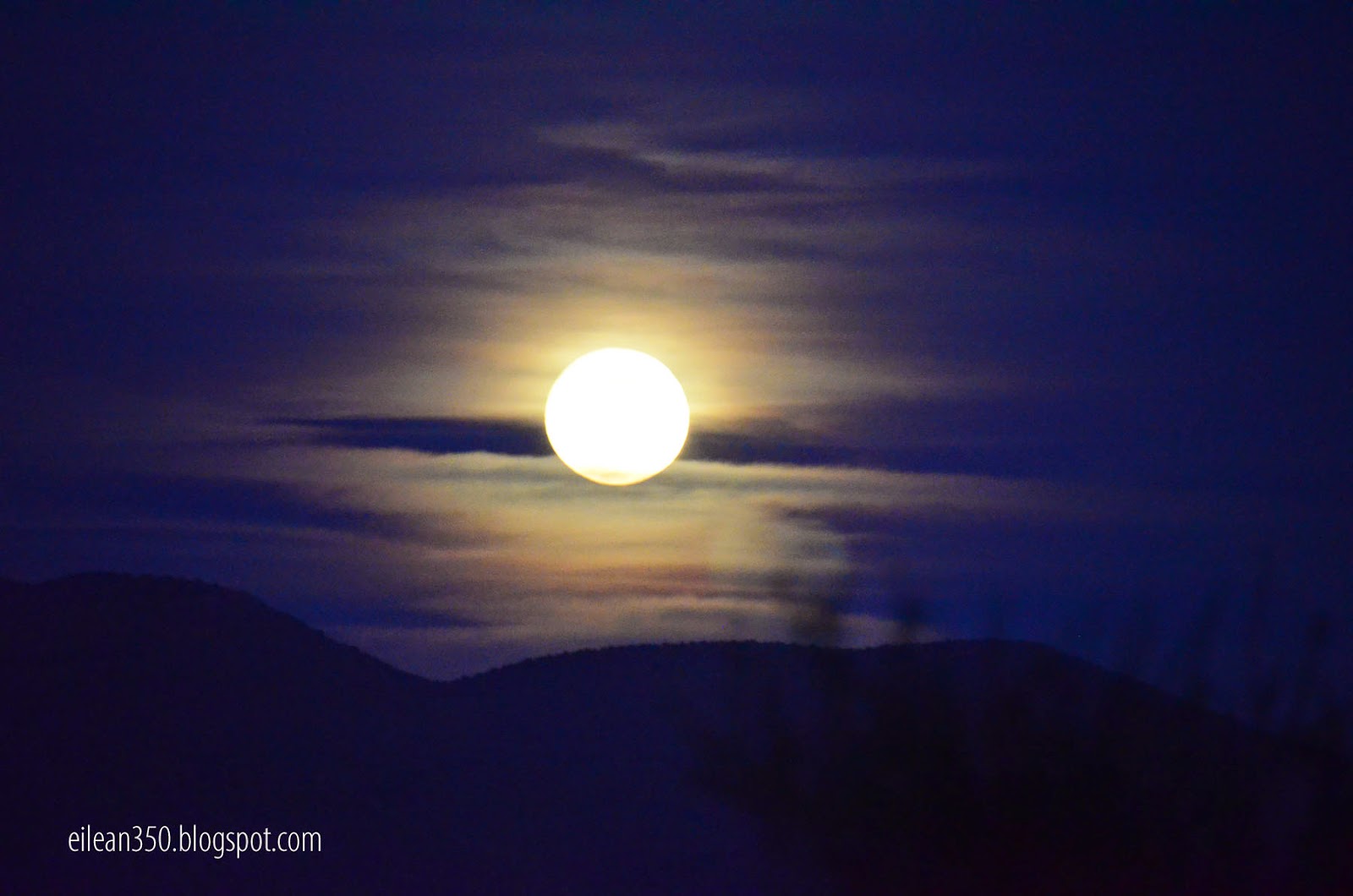 We had our nightly visit from the Javalina, and were sung to sleep by the Coyotes. 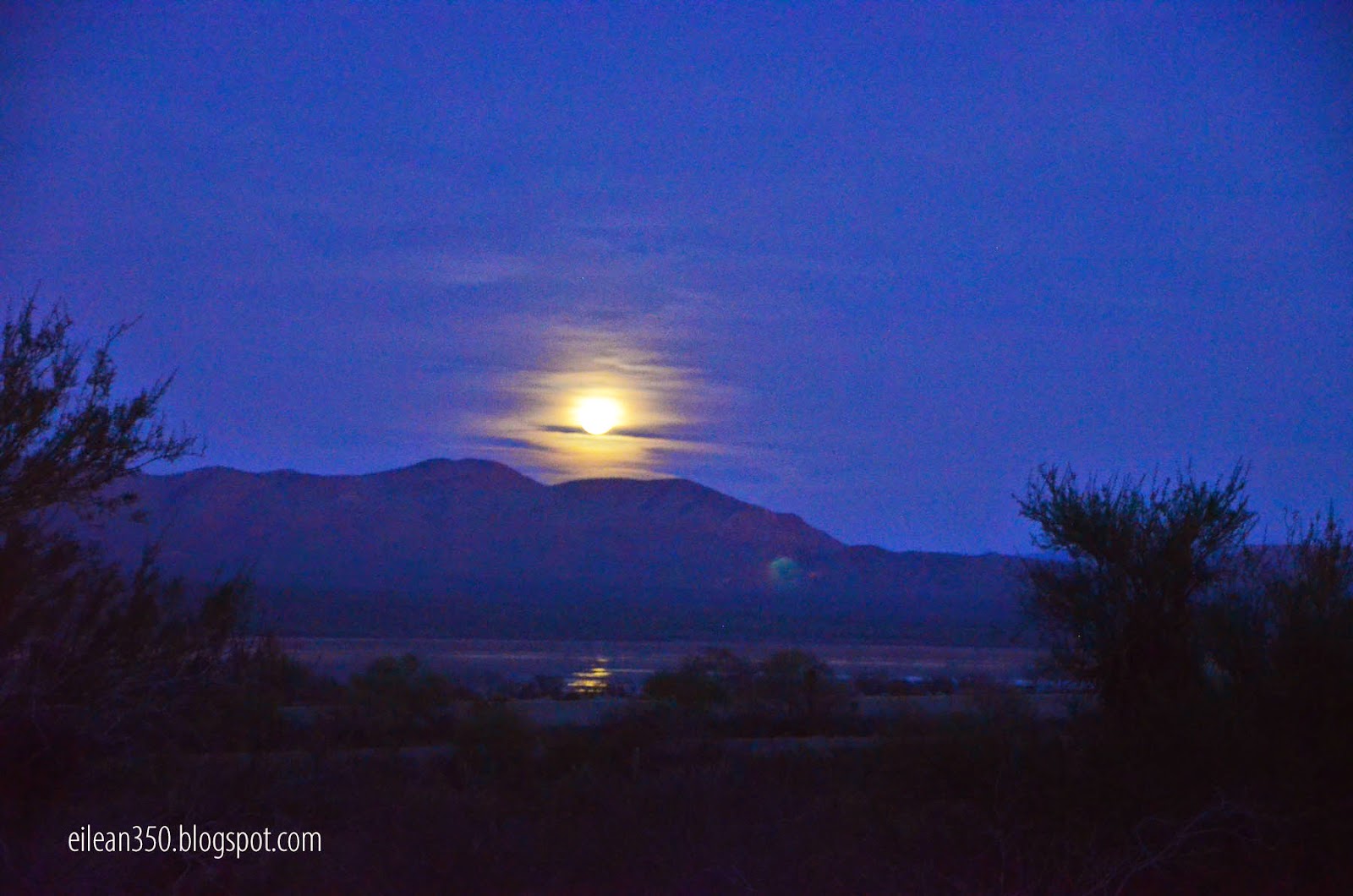 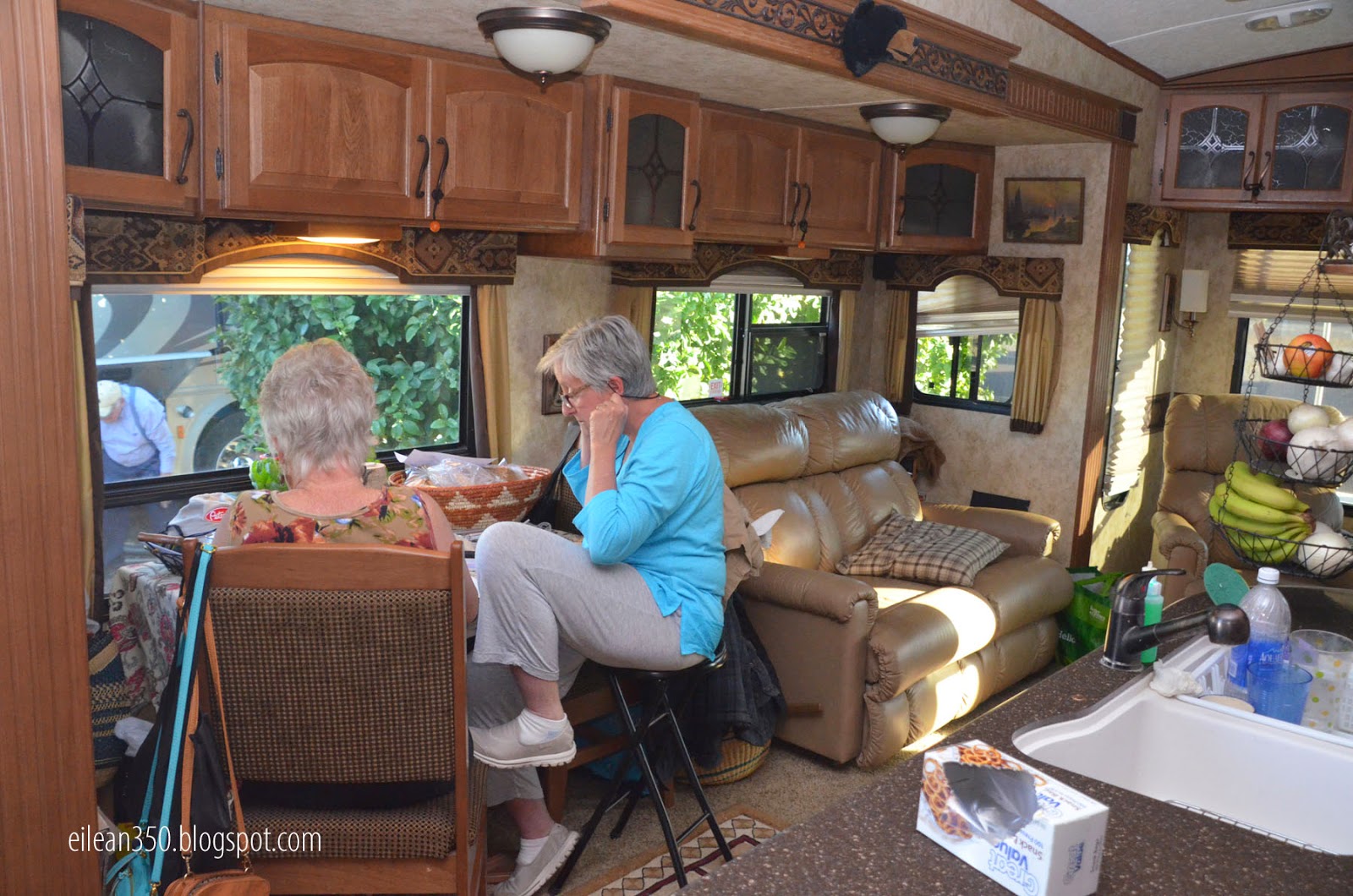 While in Roosevelt we enjoyed a Super Bowl party,
and of course Steak Night is always a highlight! 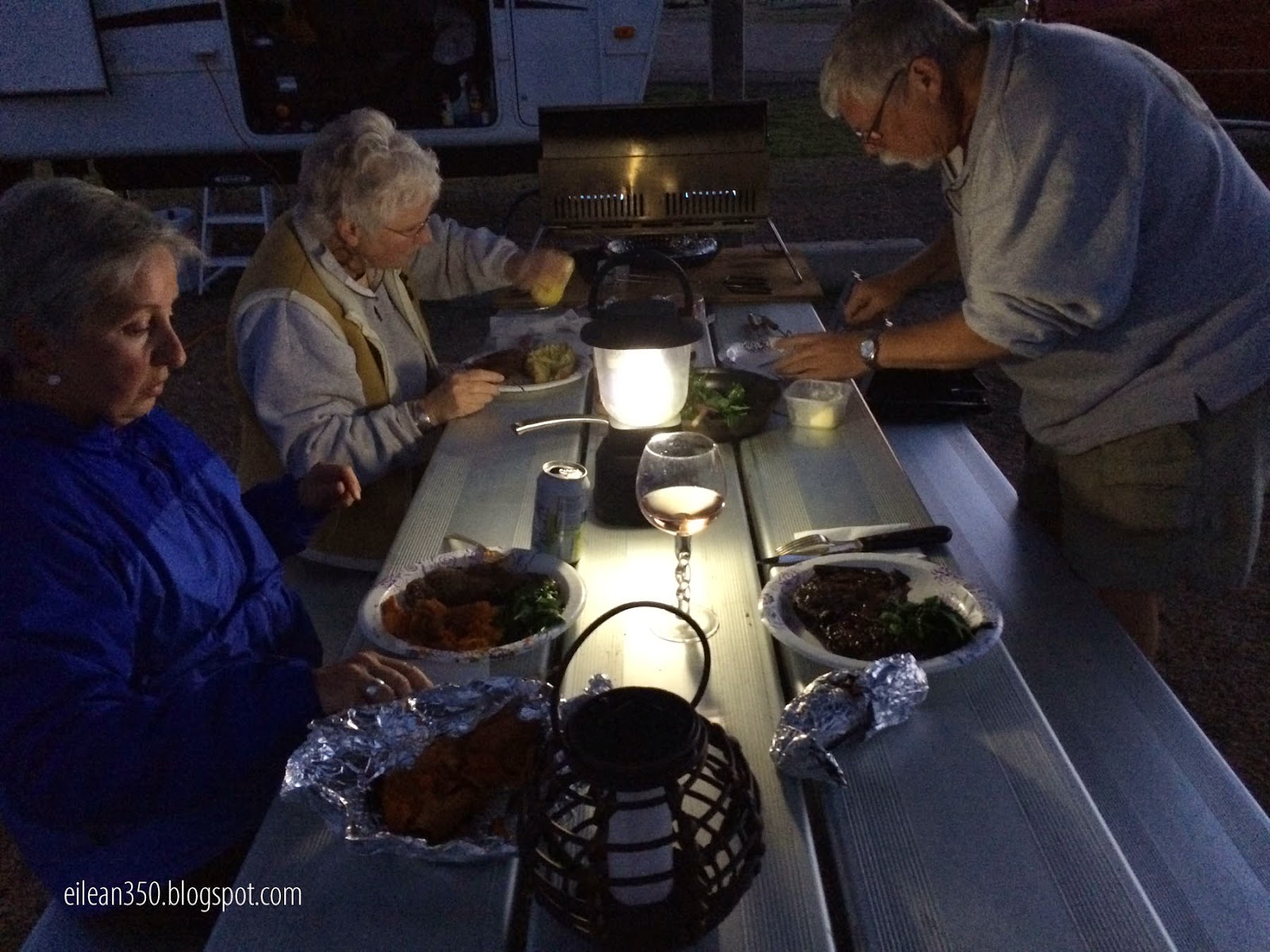 Eventually we moved to Tucson but first we stopped in Coolidge Az, a dusty little
town south of Mesa for the Gourd Festival.
Kristi went to a class on Gourd Carving.
Let me tell you - until you have seen it you have no idea just how beautiful and
amazing these creations can be.

I forgot to get a picture of what Kristi made but it was spectacular!

We stayed at this old Mobile home park called Ho Ho Kam.
Mostly older retirees from the Midwest.
I've never seen such friendly people anywhere!
Since very few of the spaces are for transients like us - the moment we arrived the
news must have spread like wildfire and soon the residents were coming to say hello
and bring bags of oranges and grapefruits.

One night they had music night in the Recreation Building.
About 15 of the residents had formed a band and they played all sorts of music.
It was really quite good!

It was a brief stay but a surprise gem in the desert for sure.

Soon we were in Tucson for a week.

Most of the time this winter I've been locked up long days working, so I don't have
many pictures to share but I did manage to get this shot of a Ford Tri-Motor flying
overhead.   An 80 year old aircraft. 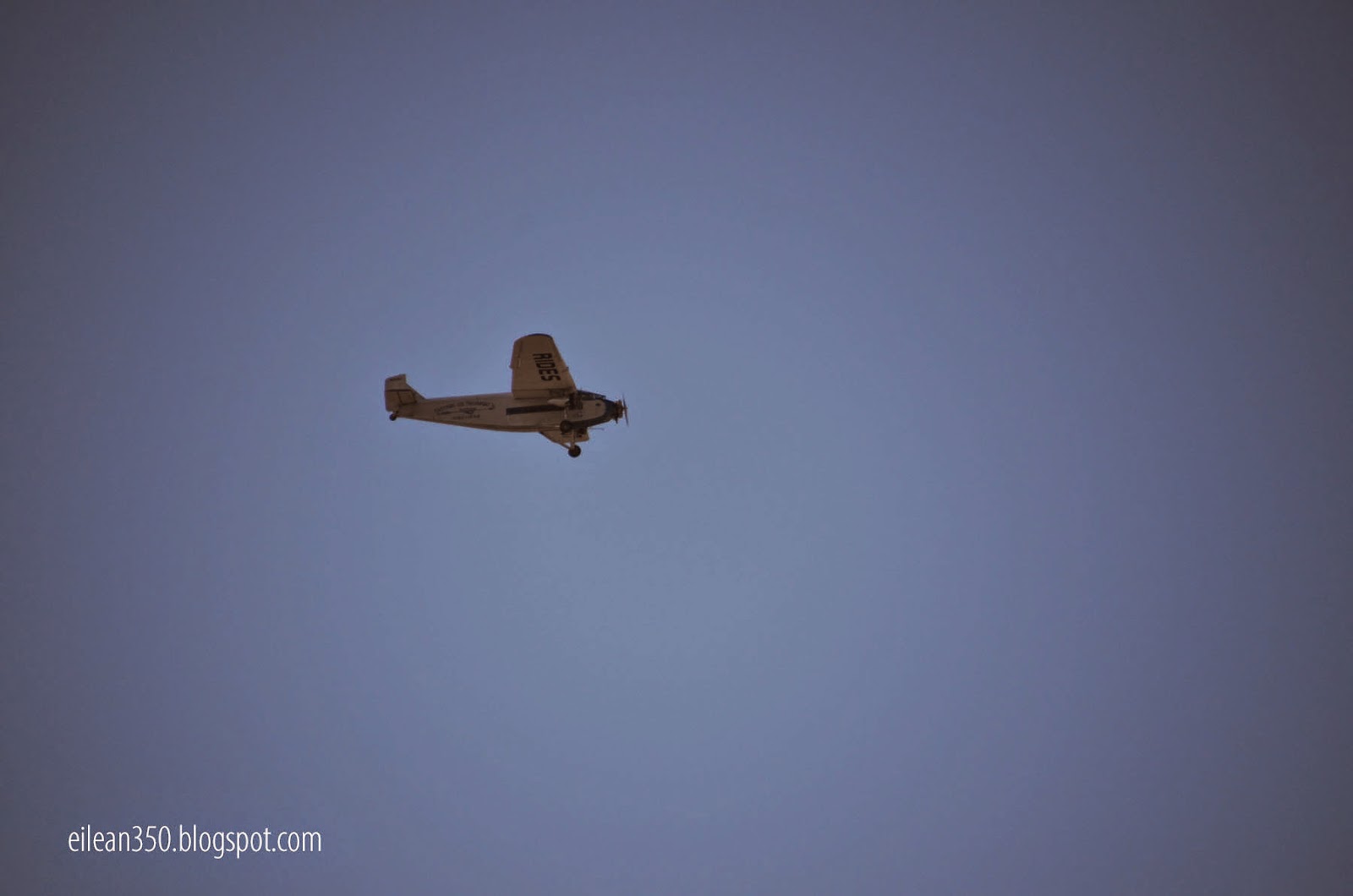 Eventually it was time to say goodbye to Jim & Kristi.
They headed south to Mexico for a month and we have turned our sights
to the north...  To Seattle to be precise.

We headed west and spent our first night back in Quartzsite.
Since the RVshow is over the town has about 80% less people. 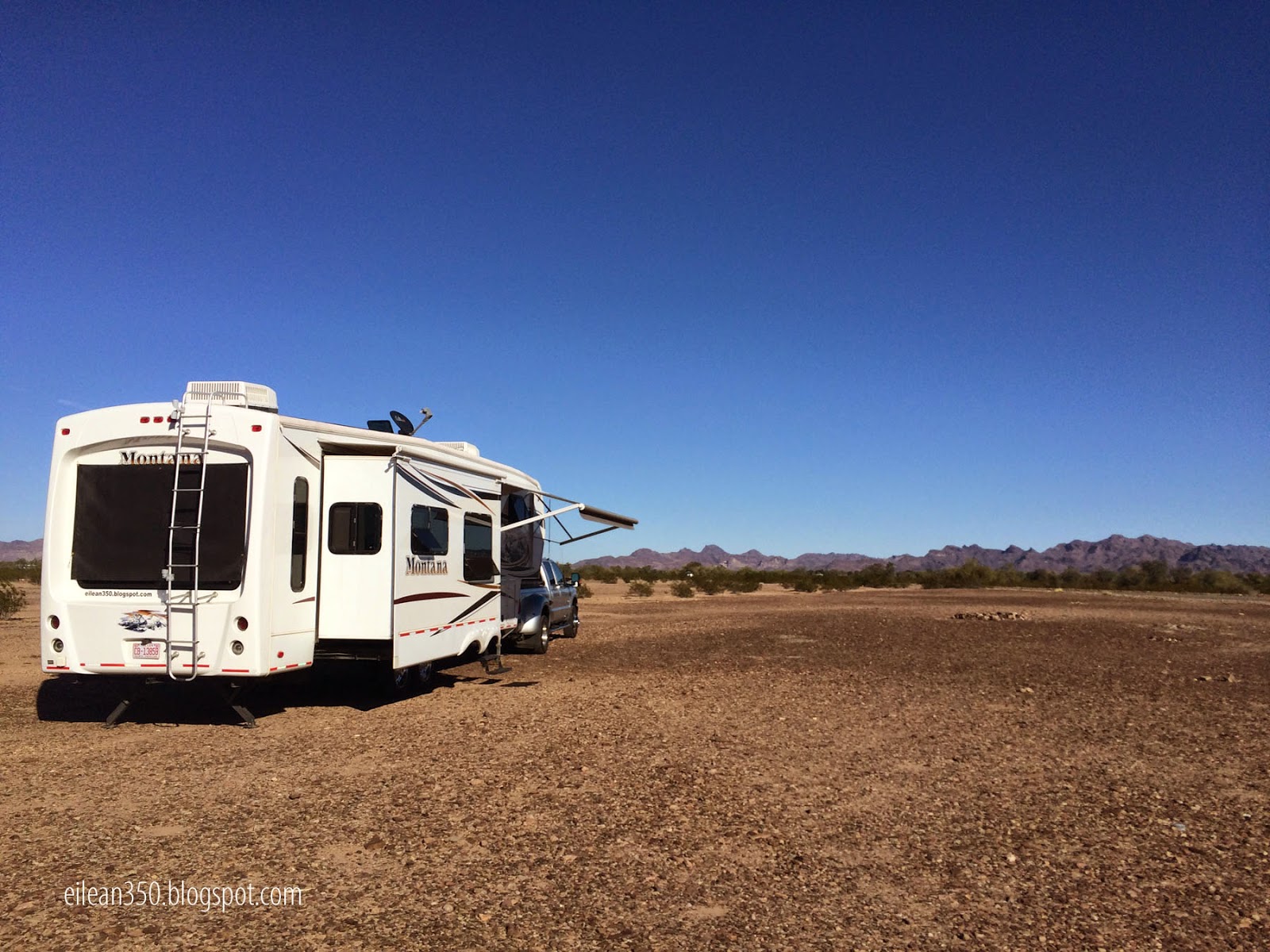 We moved to Bakerfield, then Red Bluff Ca, and tonight we
will be a 7 Feathers in Canyonville Oregon.

On the drive north yesterday we ran into the most beautiful yellow flowers covering
the valley floor and the surrounding hills.  I don't know what they are called so
I'll call them "Buttercups".
Perhaps someone will chime in and let us all know. 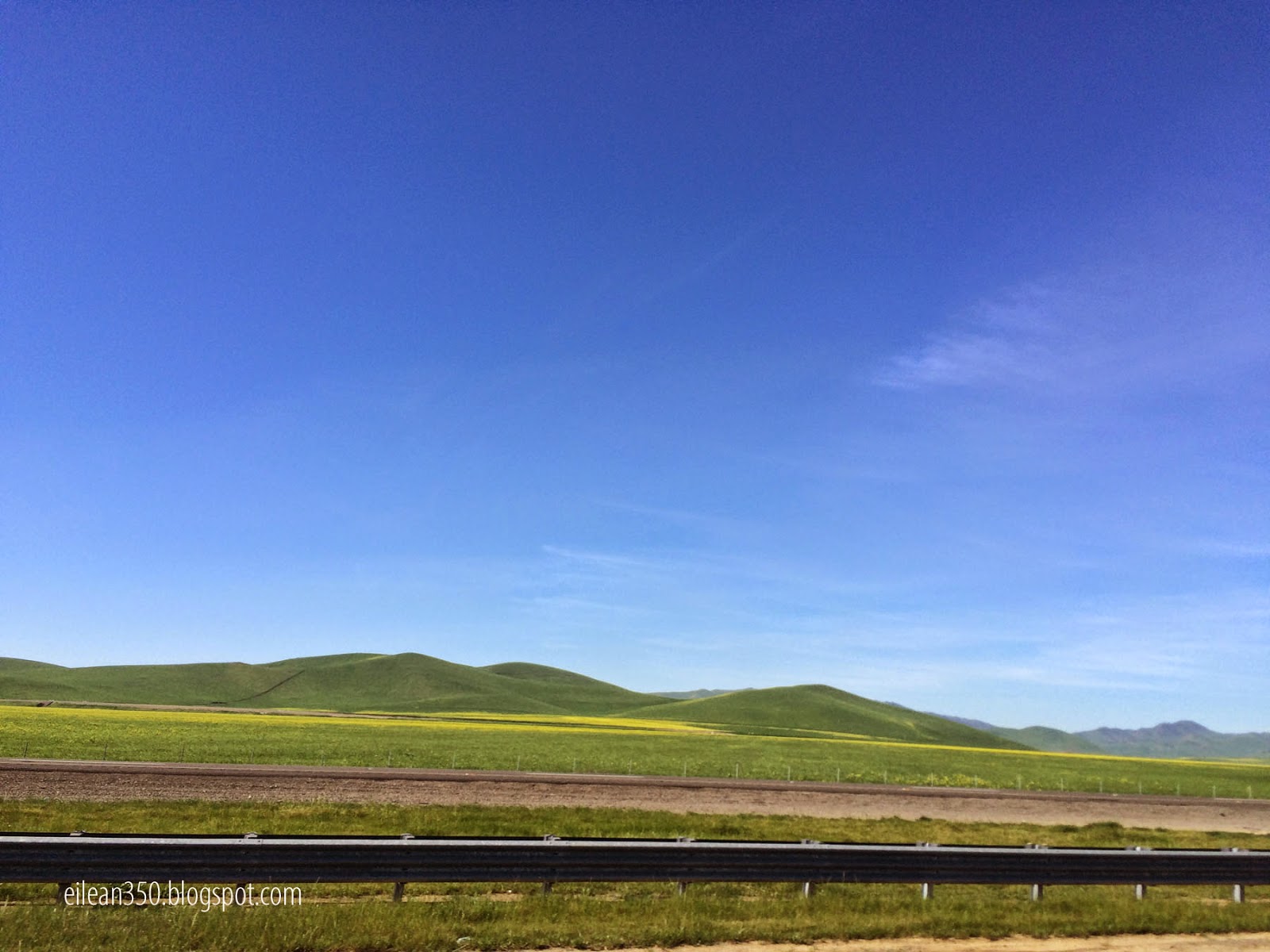 We have an appointment in Seattle - actually Kent Washington
on Thursday to close on our next RV.

We have decided to make the plunge and get a Class A Motorhome.

We will trade in both the Dog House and the Monty, on
the Motorhome,  plus trade in the Dually on a new F150 to
pull behind the Bus.

Its going to be a very busy late week and weekend...
then again - what else is new?

More on all of this later.