Another week has slipped by since our last post.
Another busy week for sure. 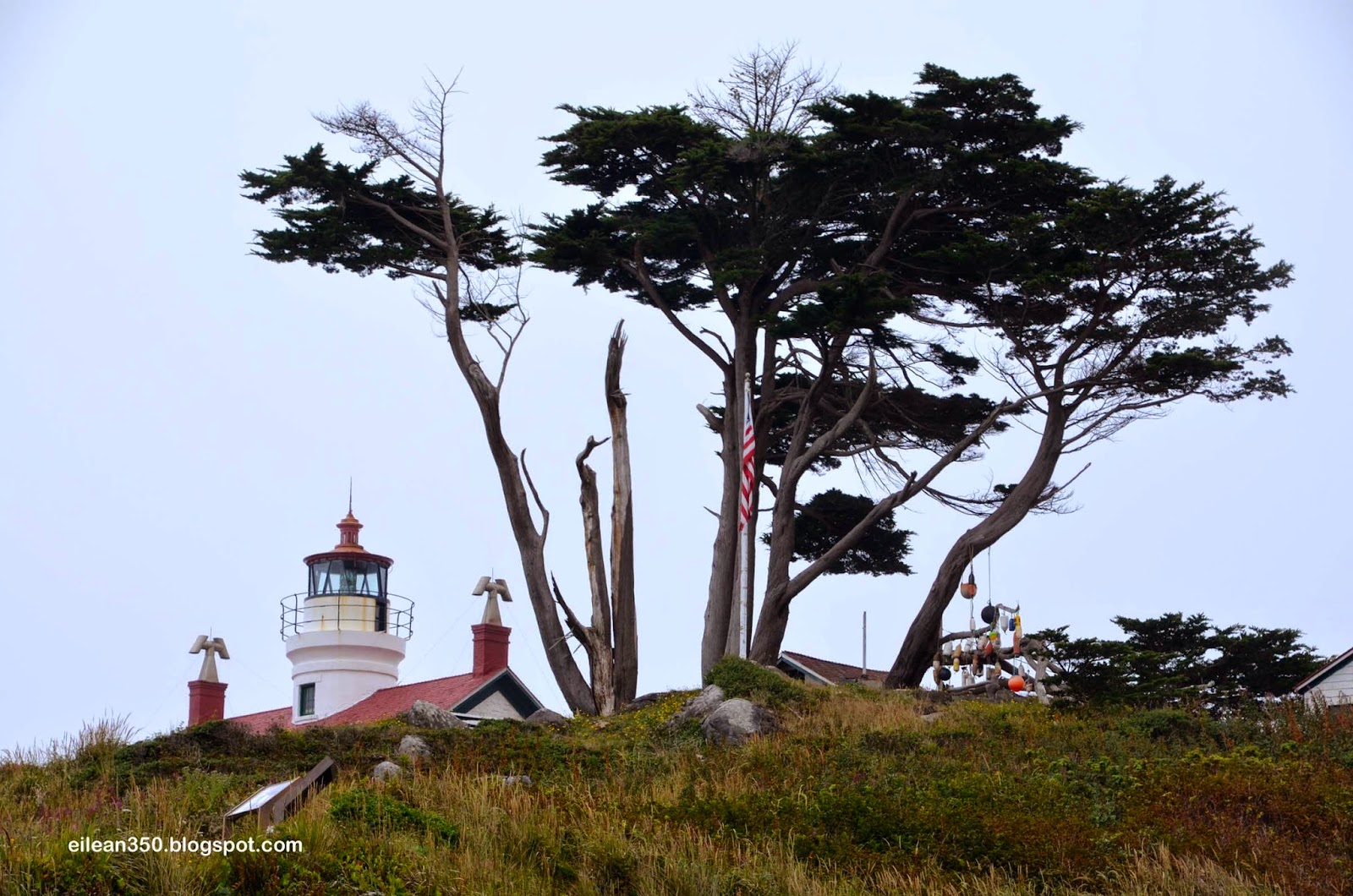 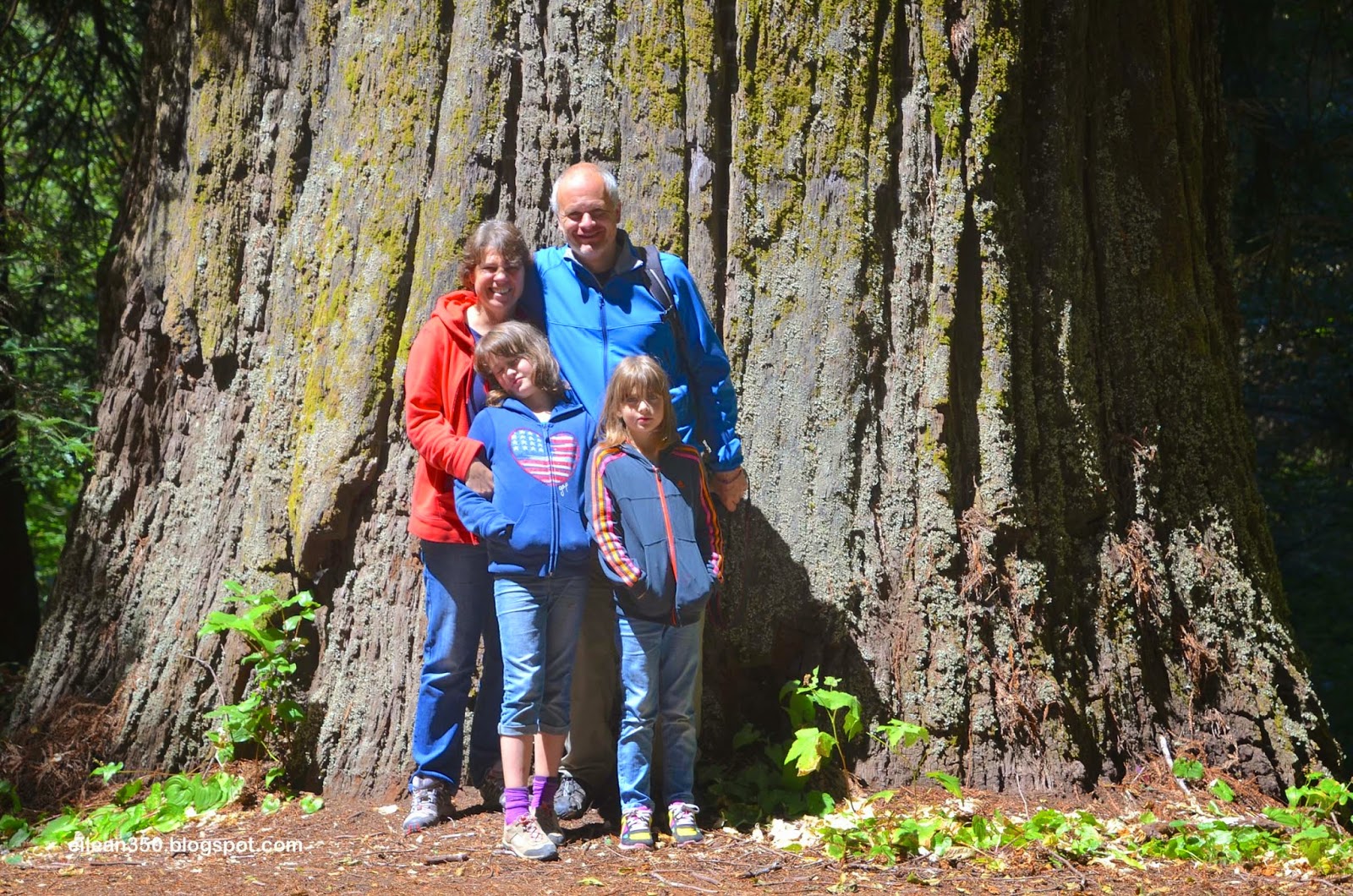 We took a great hike among the giants 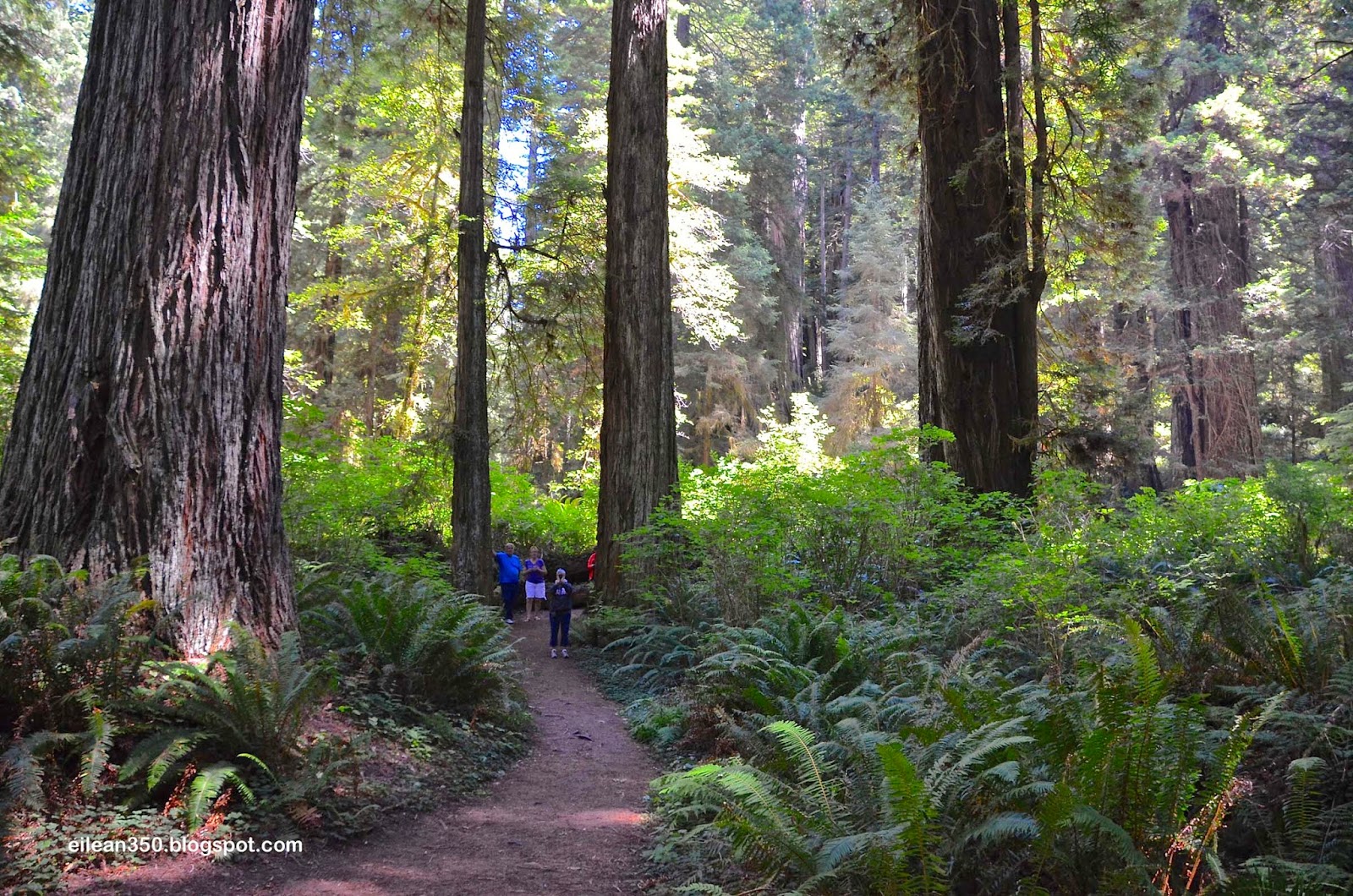 Franchesca is dwarfed by one of the smaller trees. 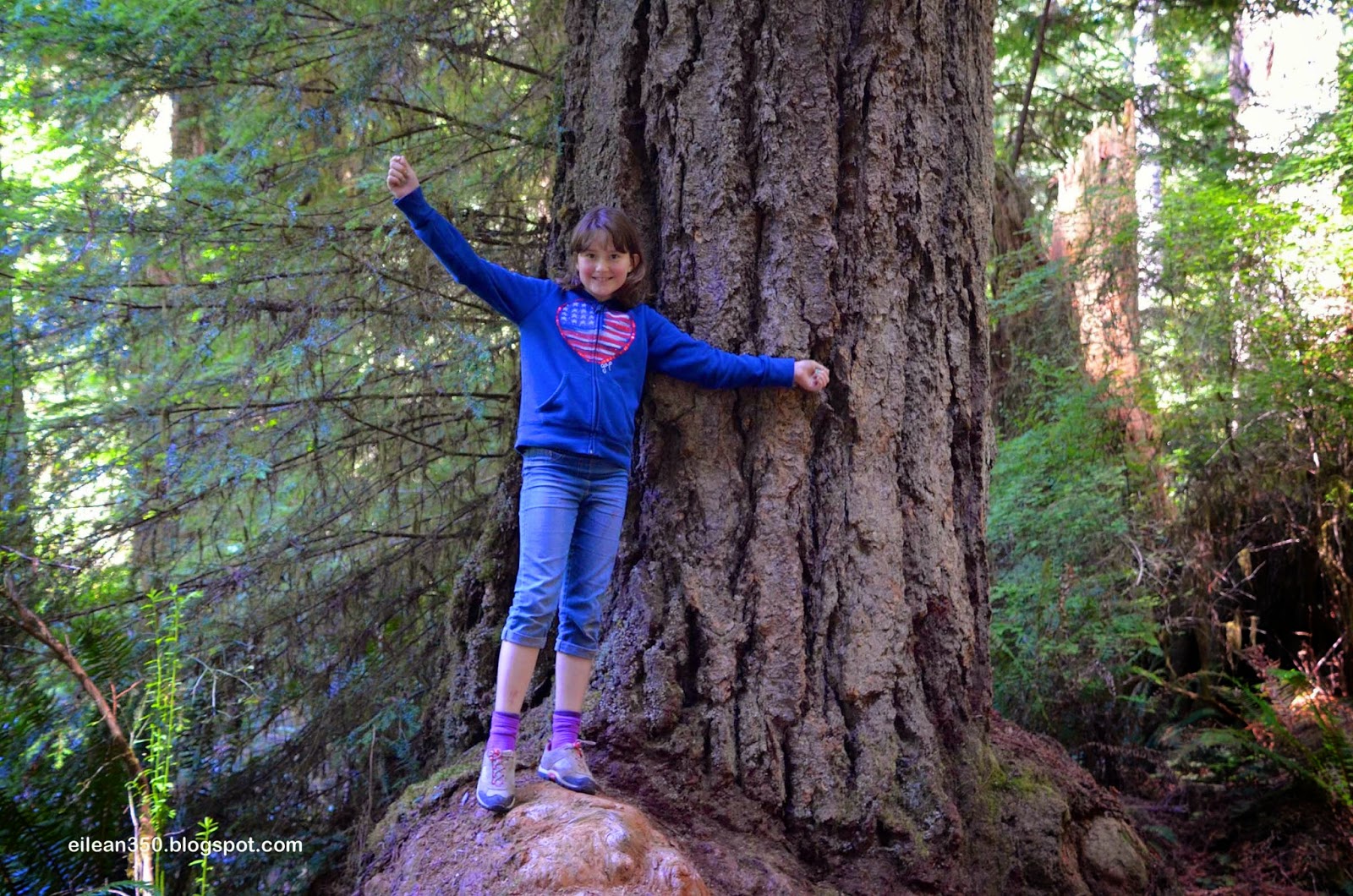 We had to watch out for the wildlife along the way. 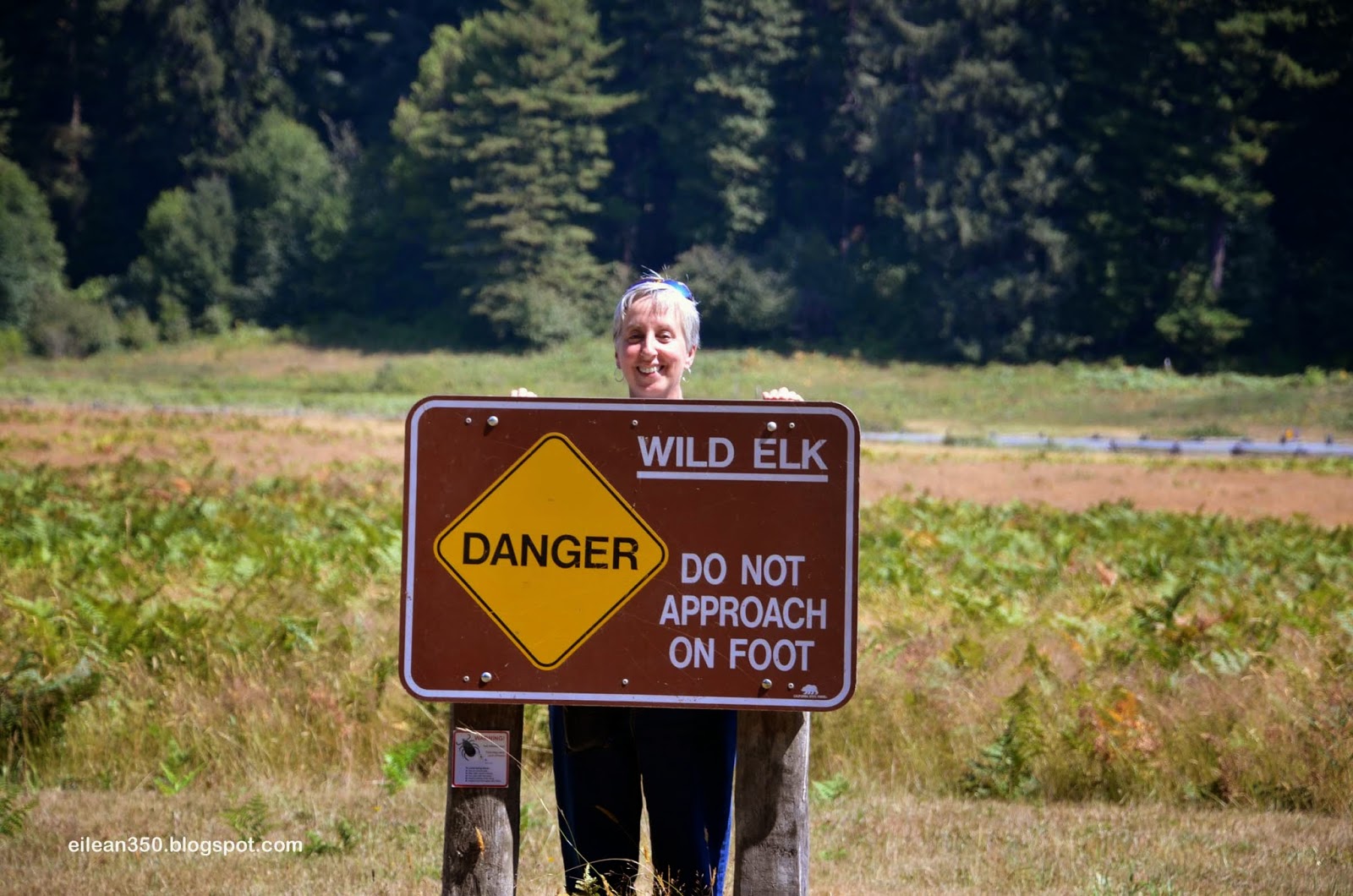 Isabella tried on my sunglasses for size. 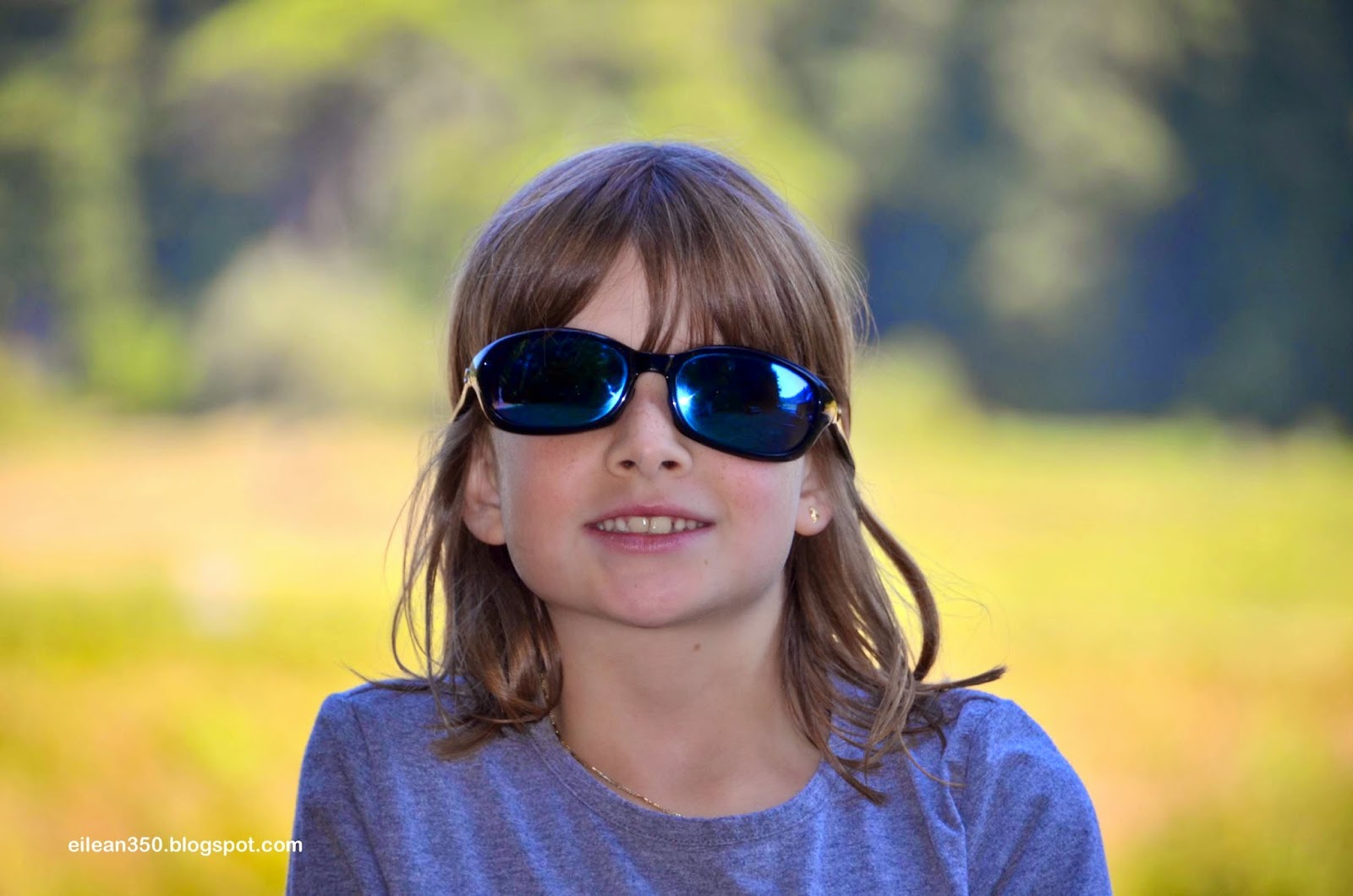 Of course each night we had a campfire.
Sometimes accompanied by steaks over the hot coals. 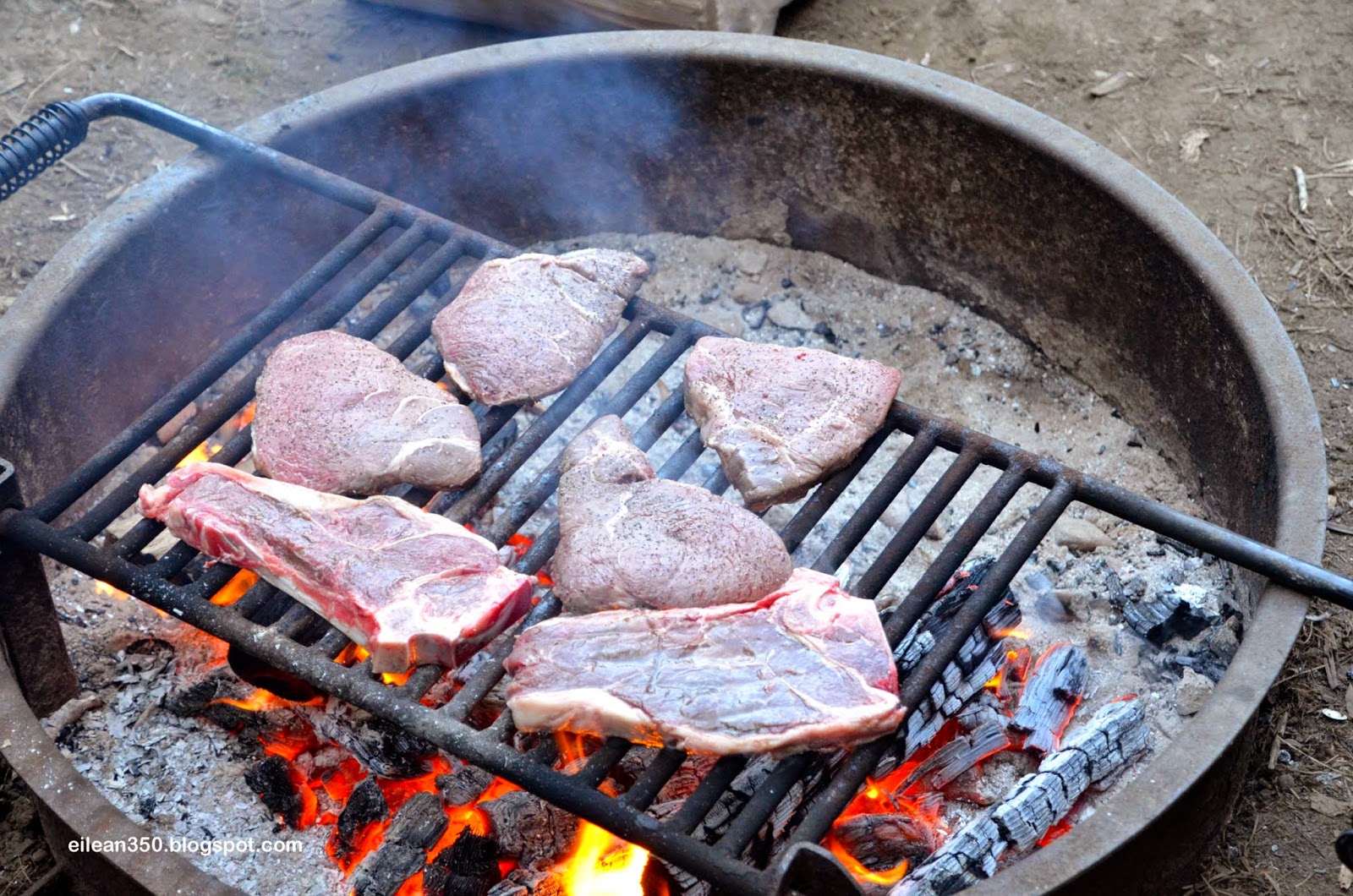 Believe it or not - in all my decades of camping I have never cooked steaks
directly over a wood fire.   This was a new one for me.
The steaks were awesome!
There were more on this trip and there will be more to come.

Our daytime excursions as we headed north along the Oregon Coast
always included some Beach time.

Even with the cold water (perhaps 50 degrees) the girls and I
found time to get our feet wet. 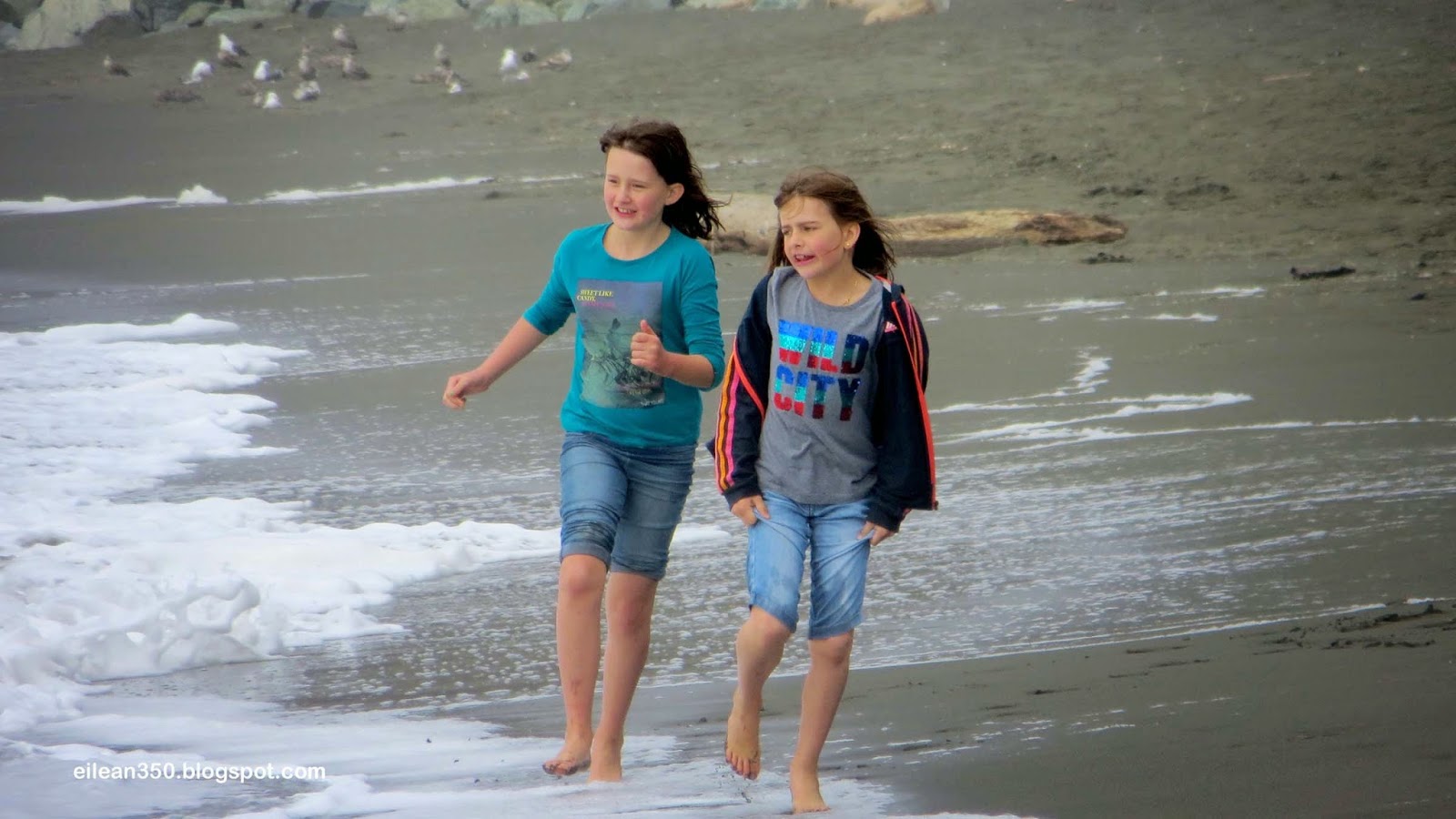 At Bullards Beach we visited the Coquille River Lighthouse 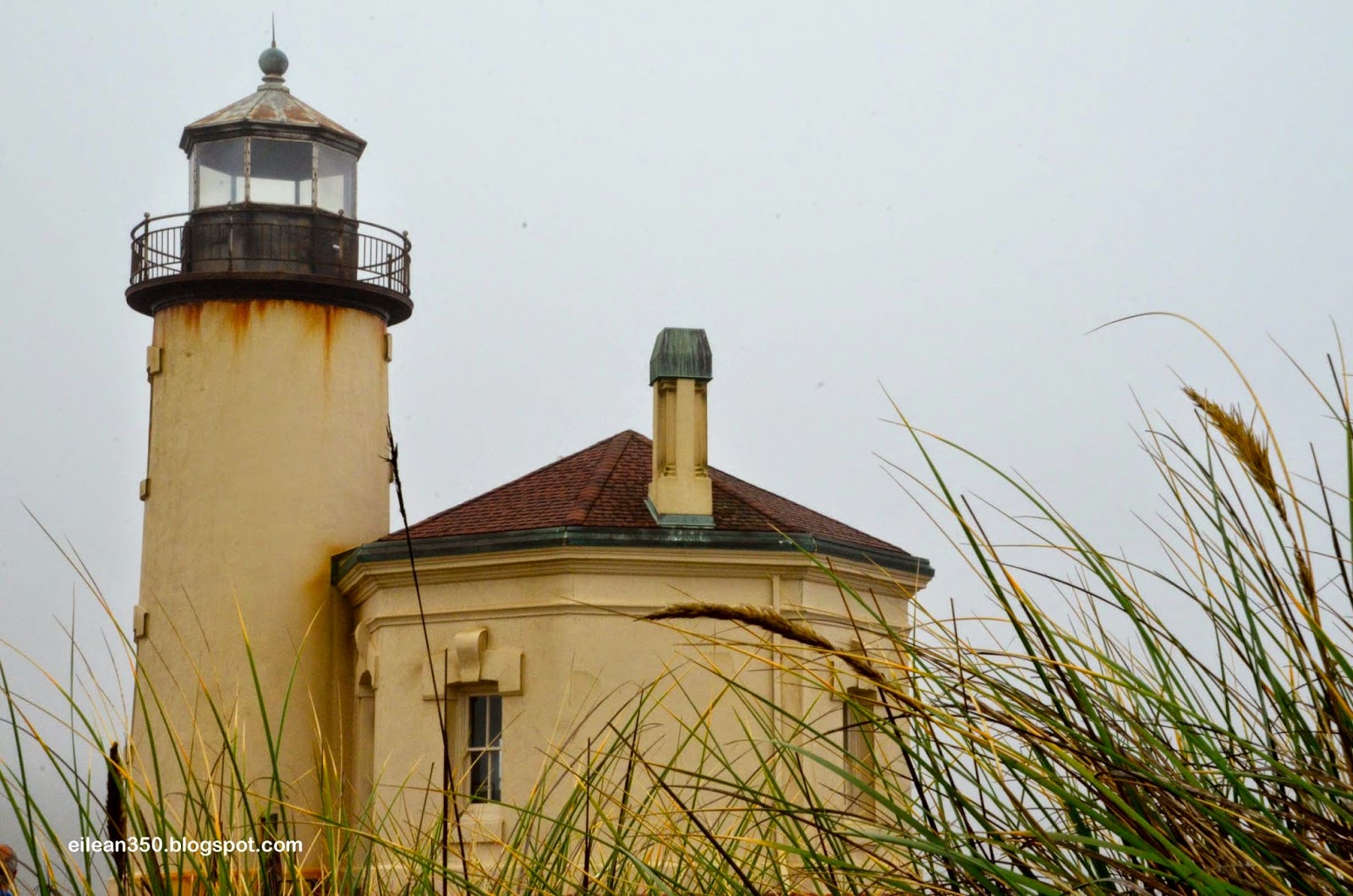 We walked a couple of miles to the beach and back. 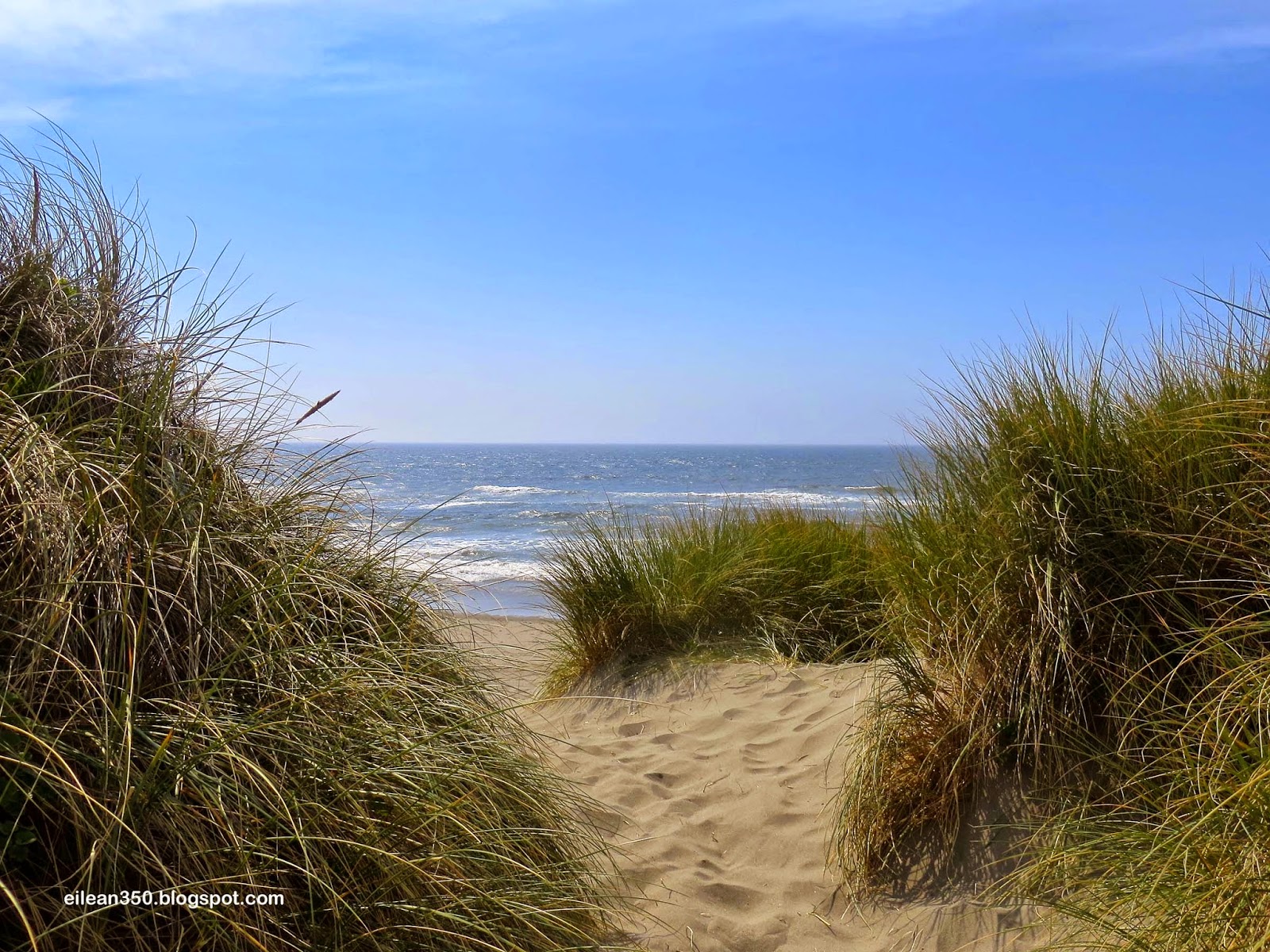 Kate found another item to put into the DogHouse.
This piece of wood is to become a fish according to Kate. 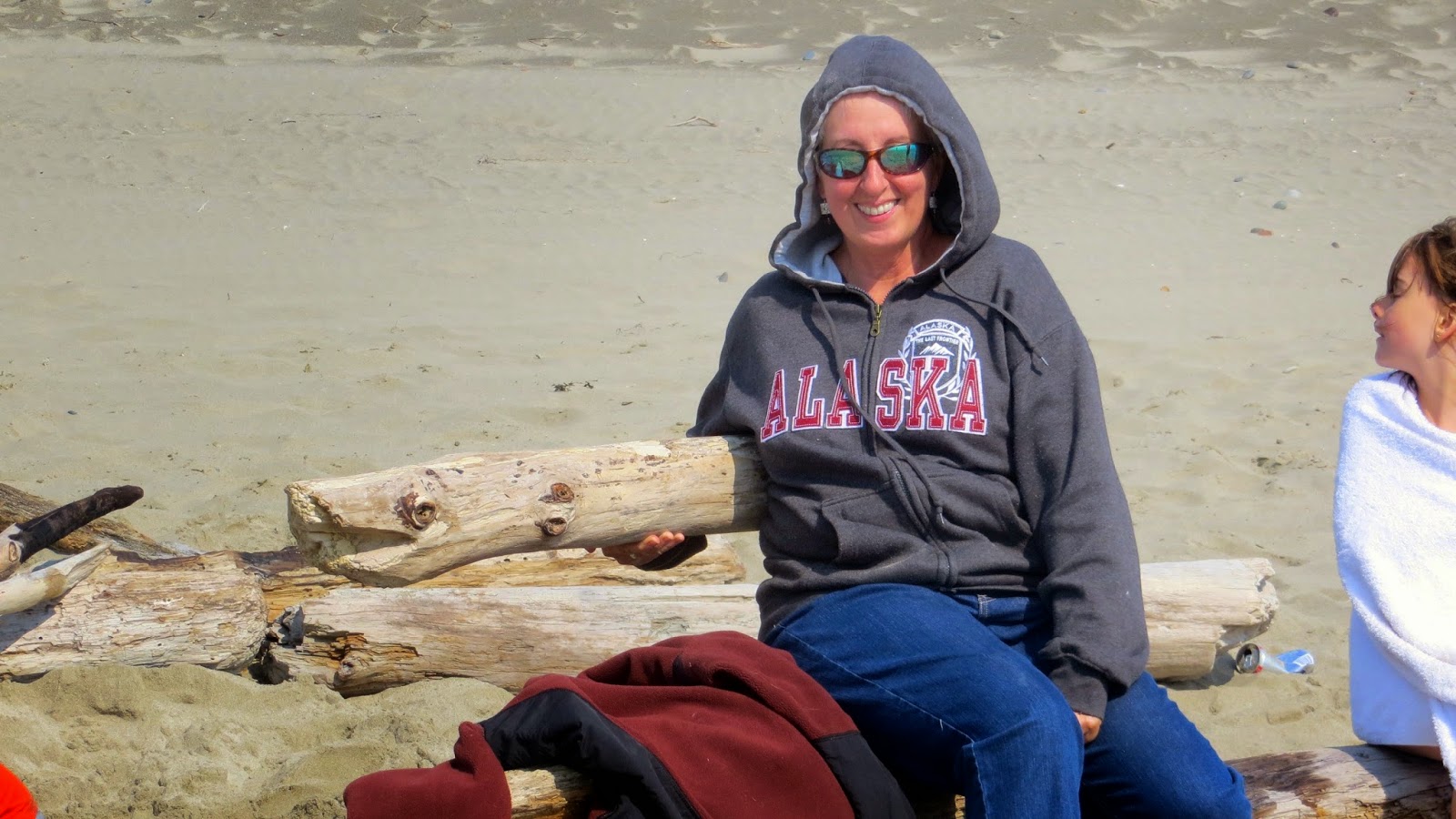 Our next night was spent at Sunset Cove State Park.
In the morning we visited Cape Arago State Park and
Shore Acres State Park, all three of which are located next to each other.

Below is the Cape Arago Lighthouse. 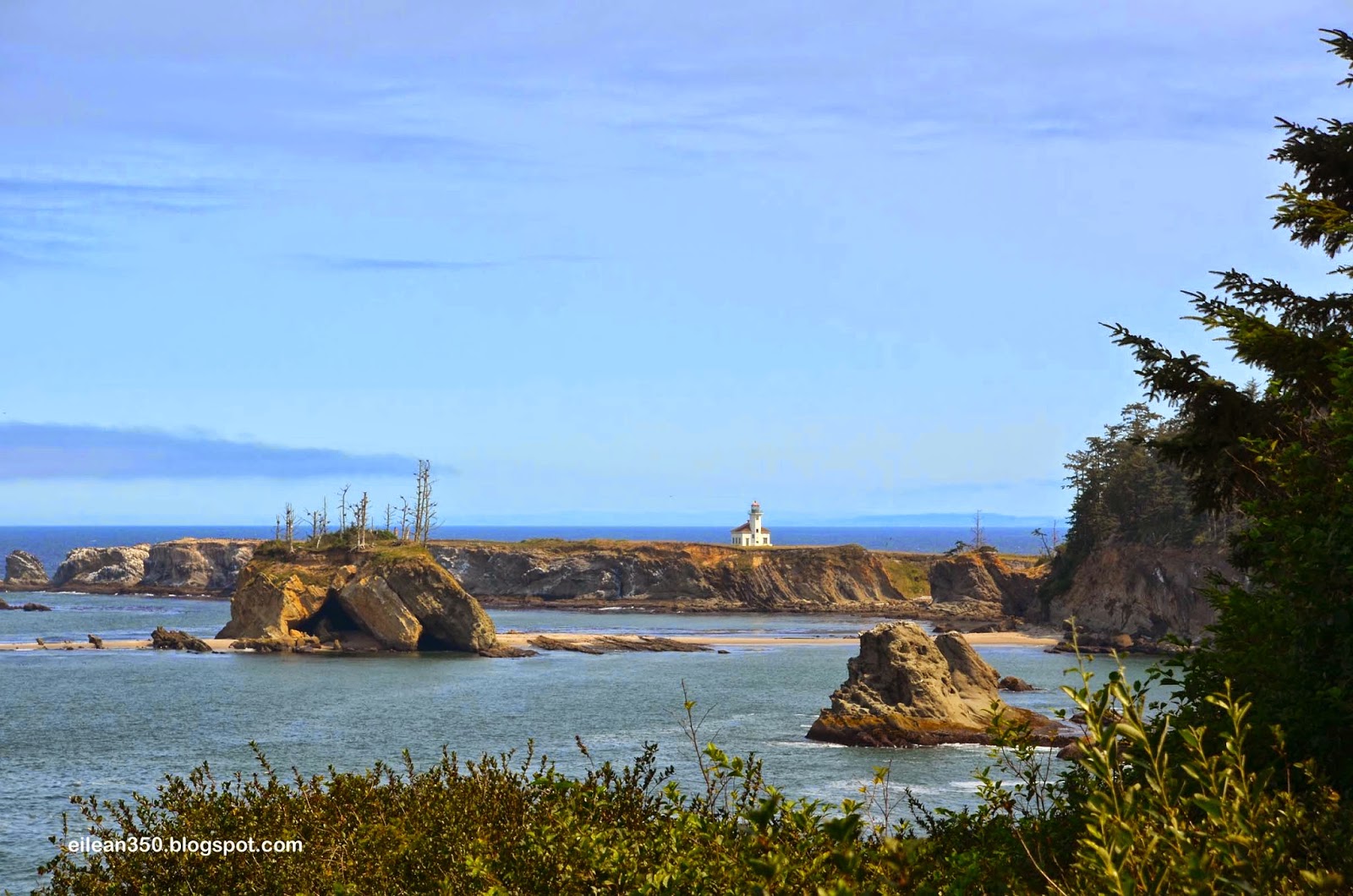 Shore Acres State Park is located on the former estate of Timber Baron
Louis Simpson.   The estate and its beautiful gardens were originally
constructed in the early 1900's however the stock market crash and a massive
fire devastated his holdings and the estate was sold to the
Oregon State Parks in the 1040's.

The entrance to the gardens. 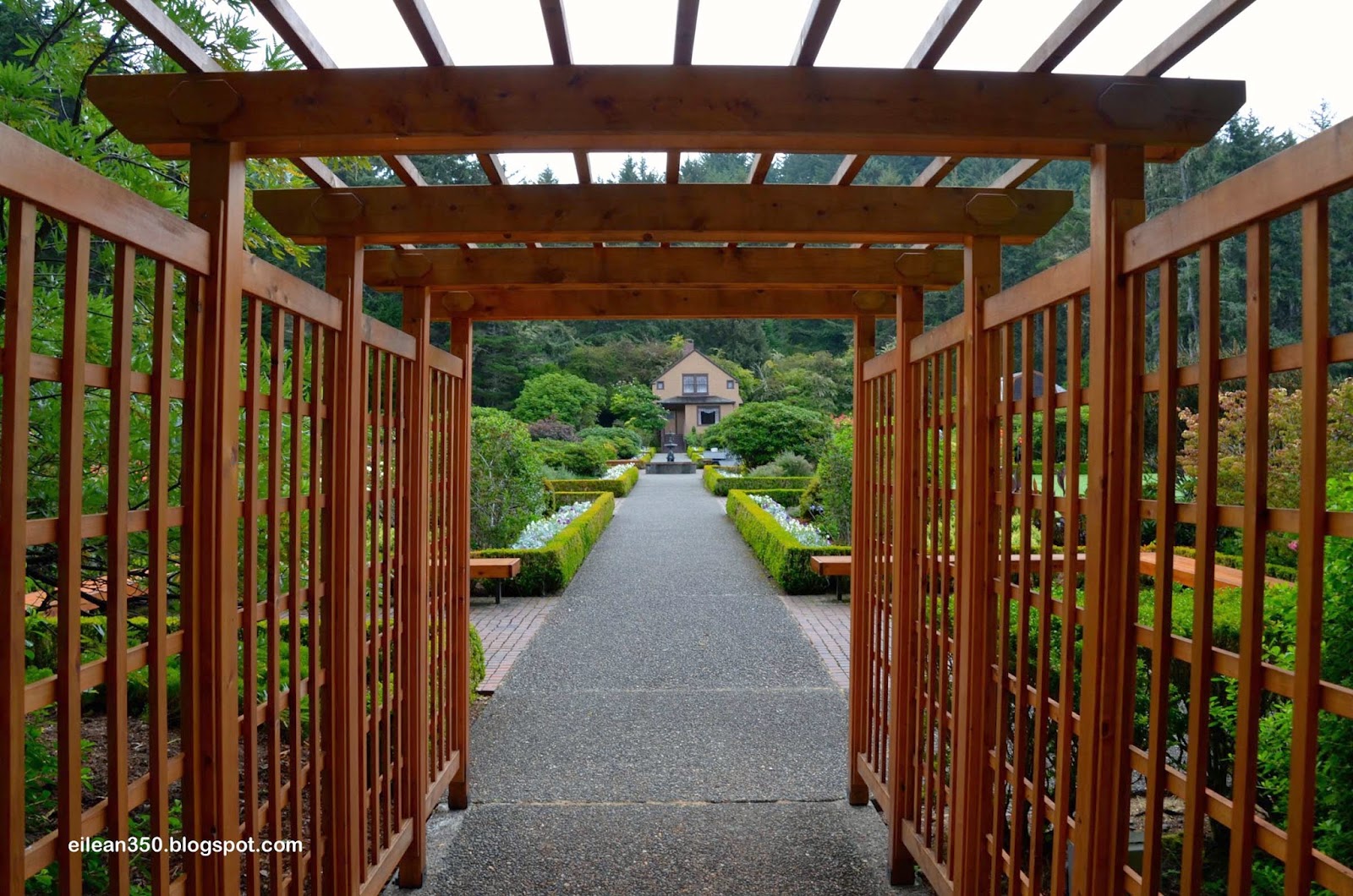 The mansion stood above the Pacific and enjoyed an awesome view 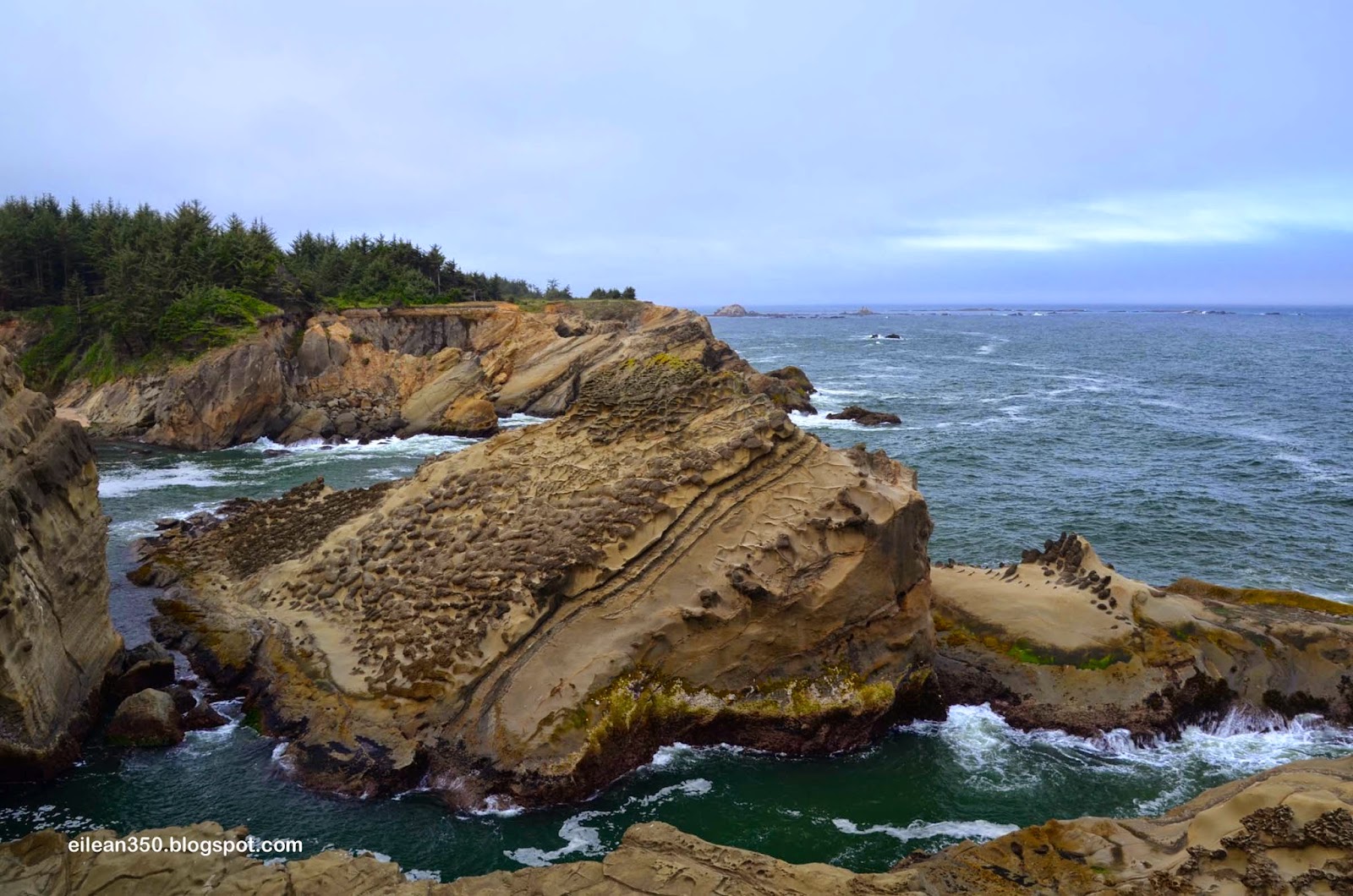 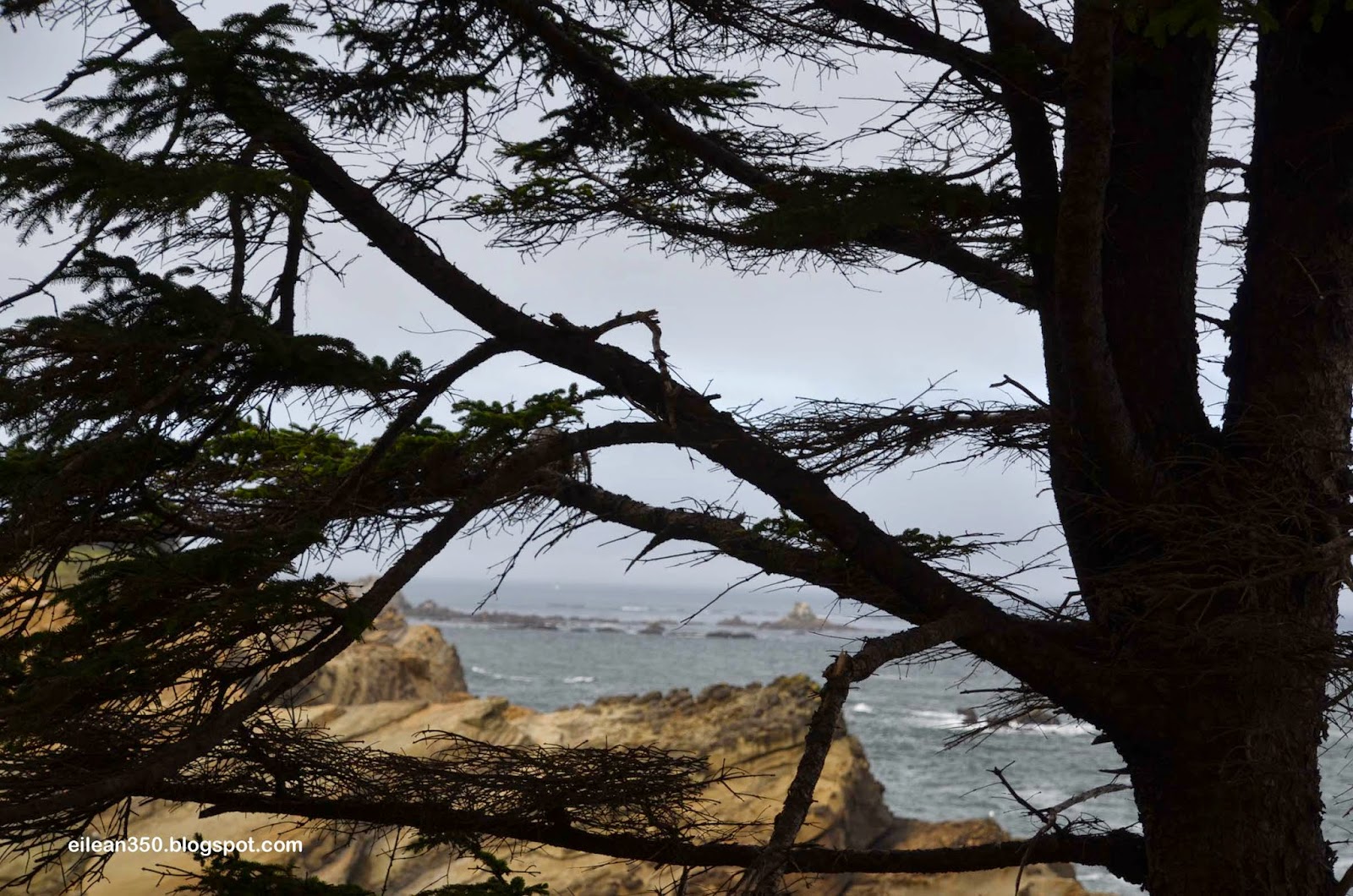 The variety of the flowers were amazing and they change throughout
the year.

This is just a small taste of the visual feast that we enjoyed. 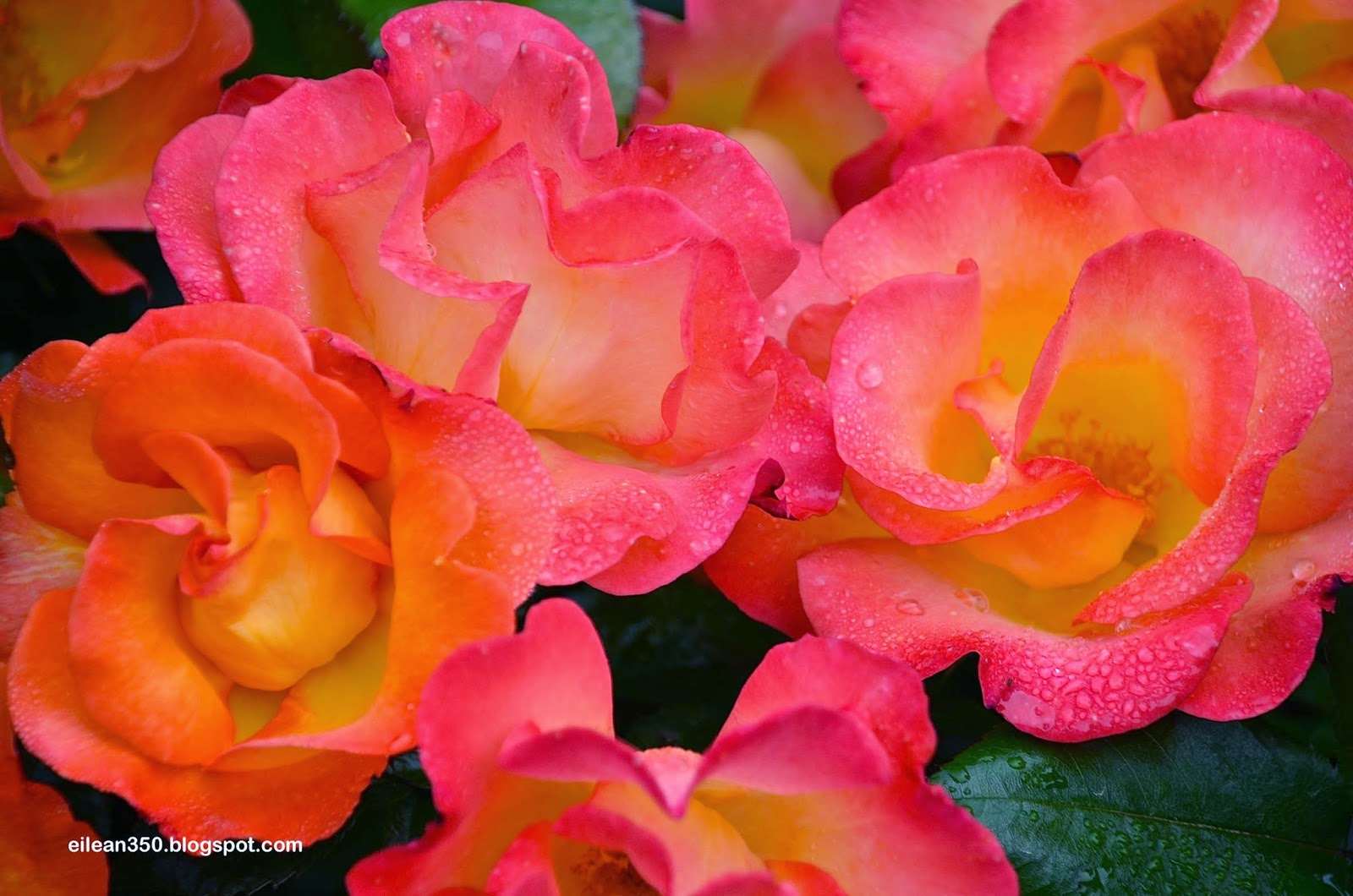 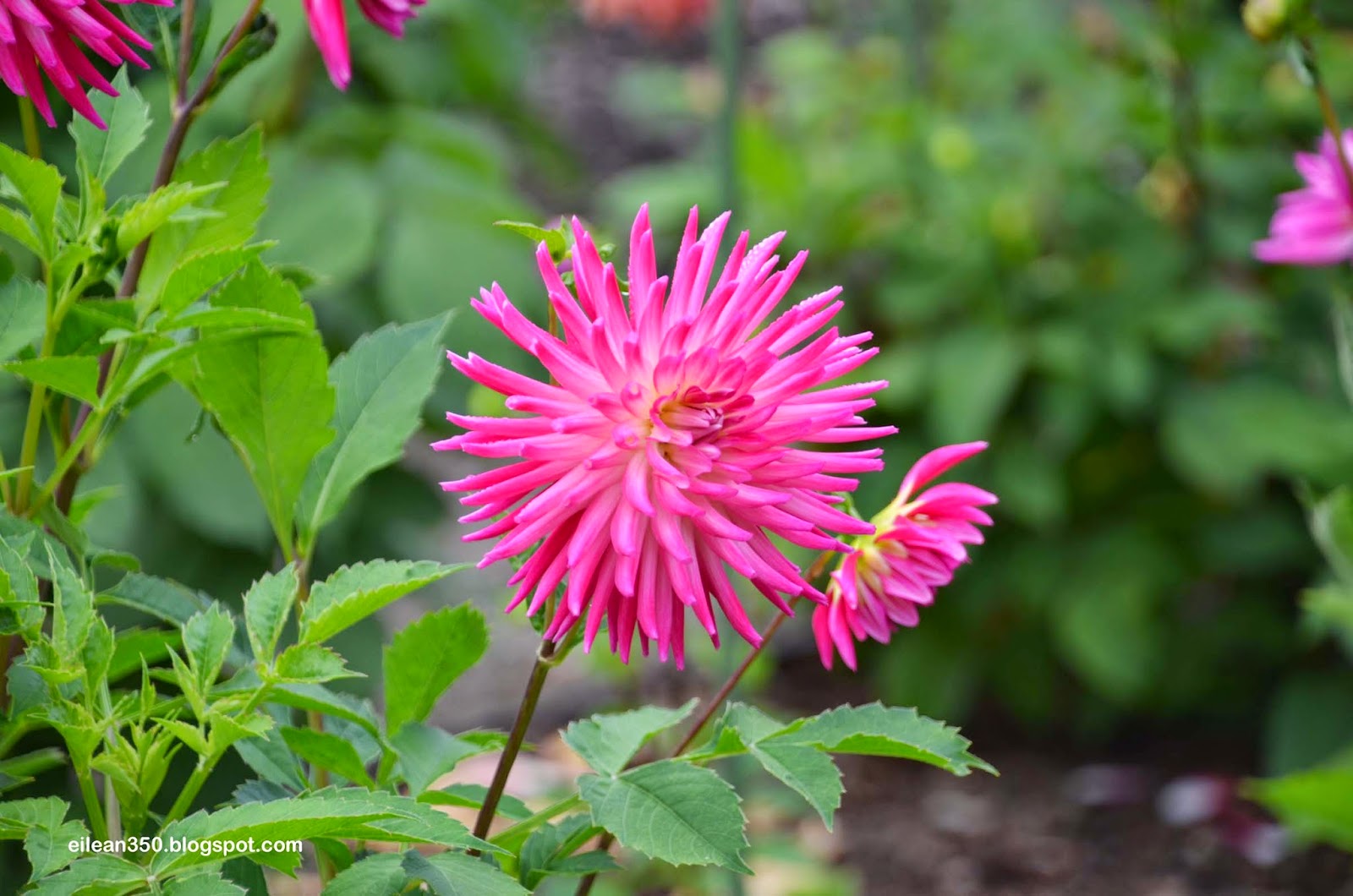 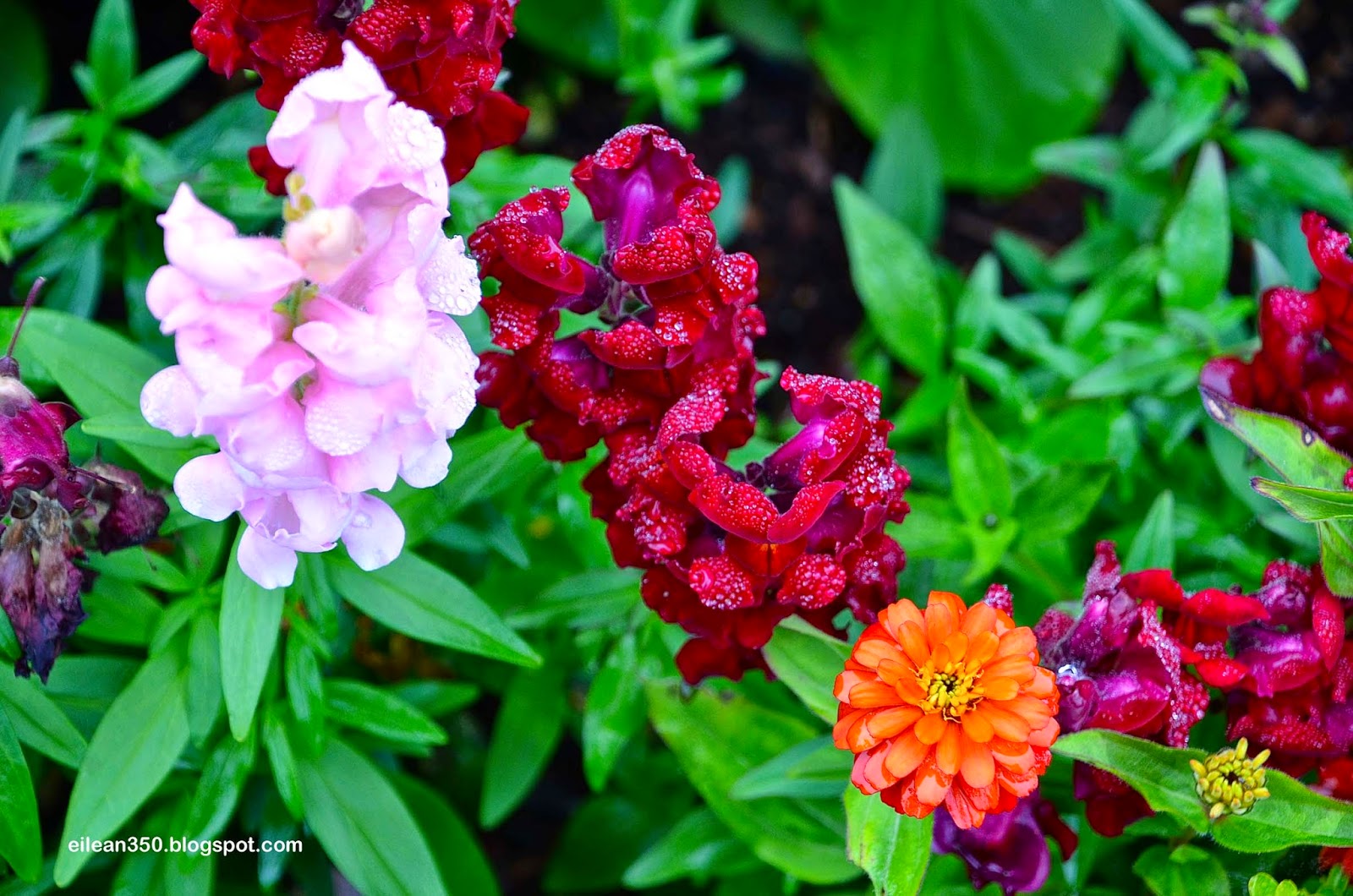 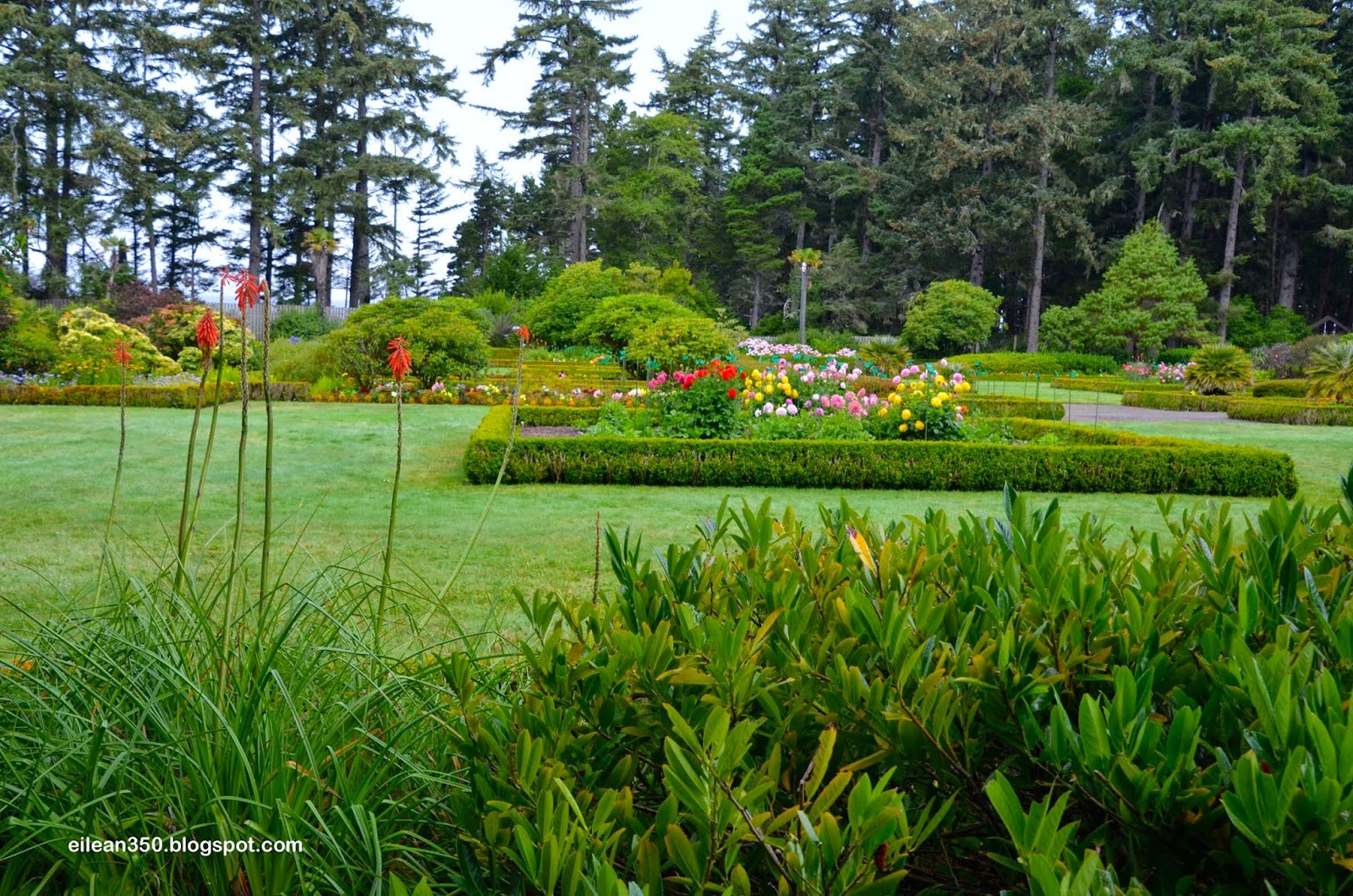 North of Newport we stopped for lunch in an abandoned dirt area at the top of cliffs.
To our south was the Yaqina Head Lighthouse. 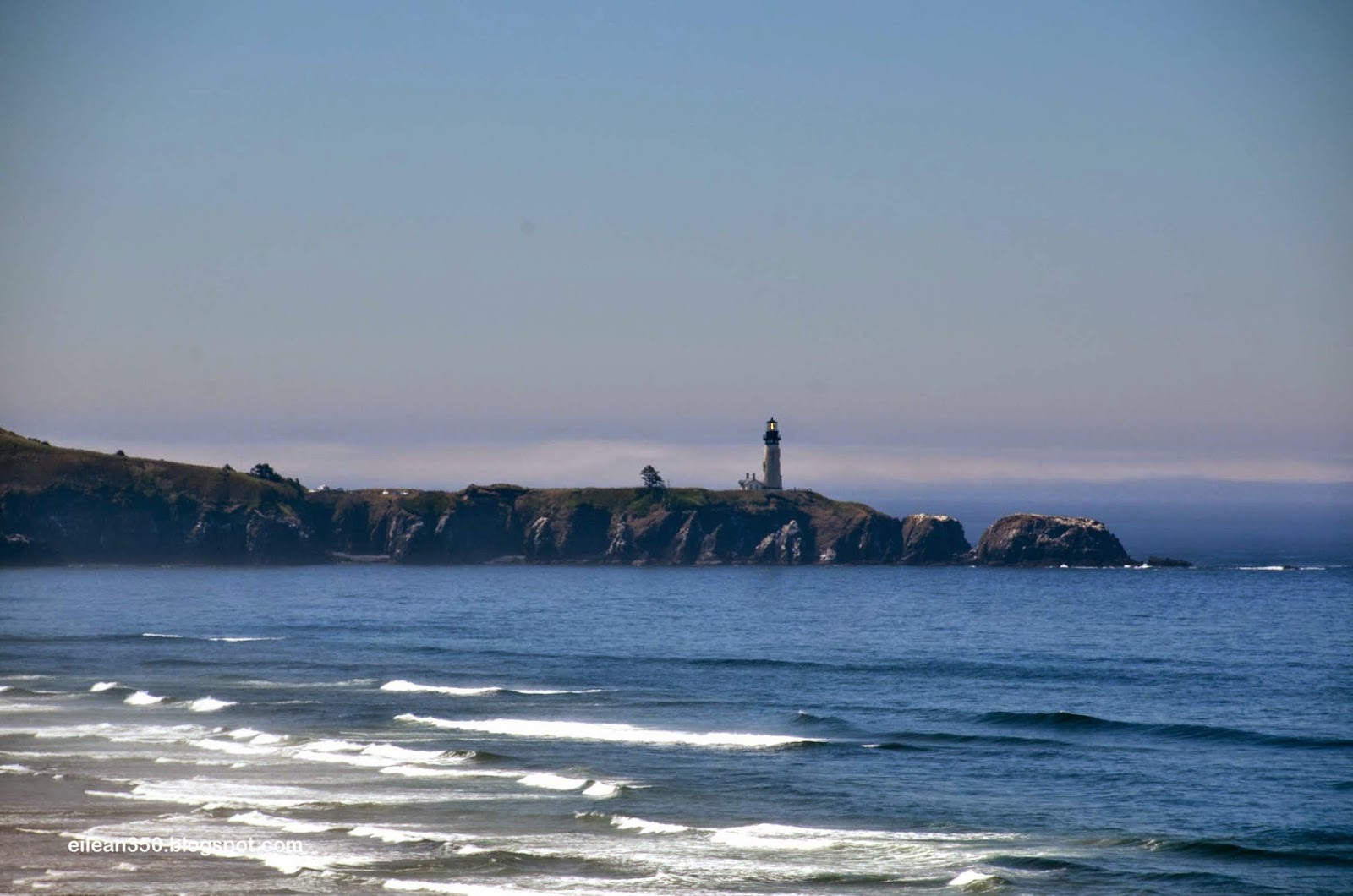 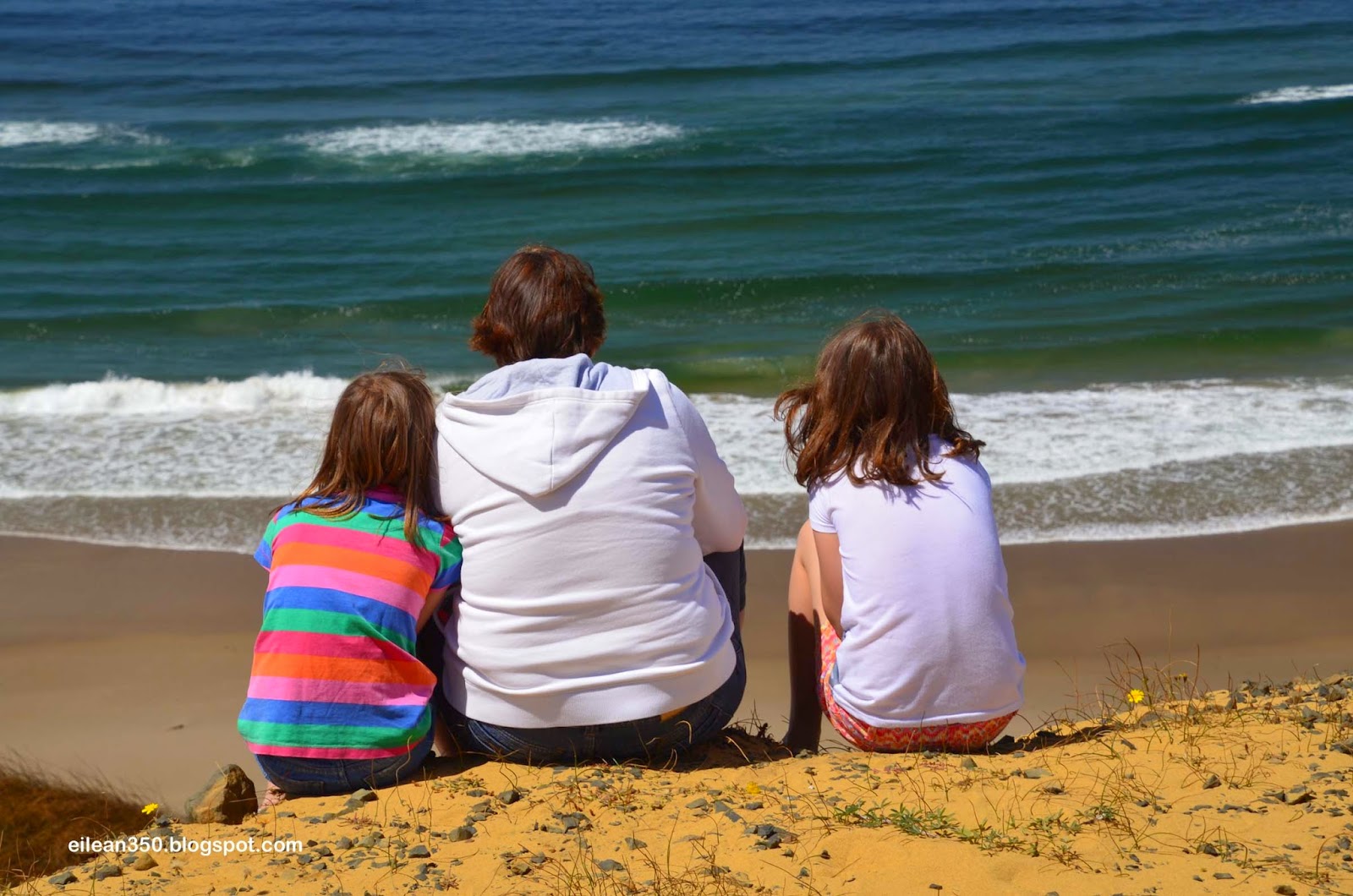 Further up the coast near Florence we visited the Sea Lion Caves.
The Sea Lions were not in the Caves, but they were on the rocks.
These are Stellar Sea Lions - the same type that we saw up in
Alaska outside of Whittier on our Glacier Cruise. 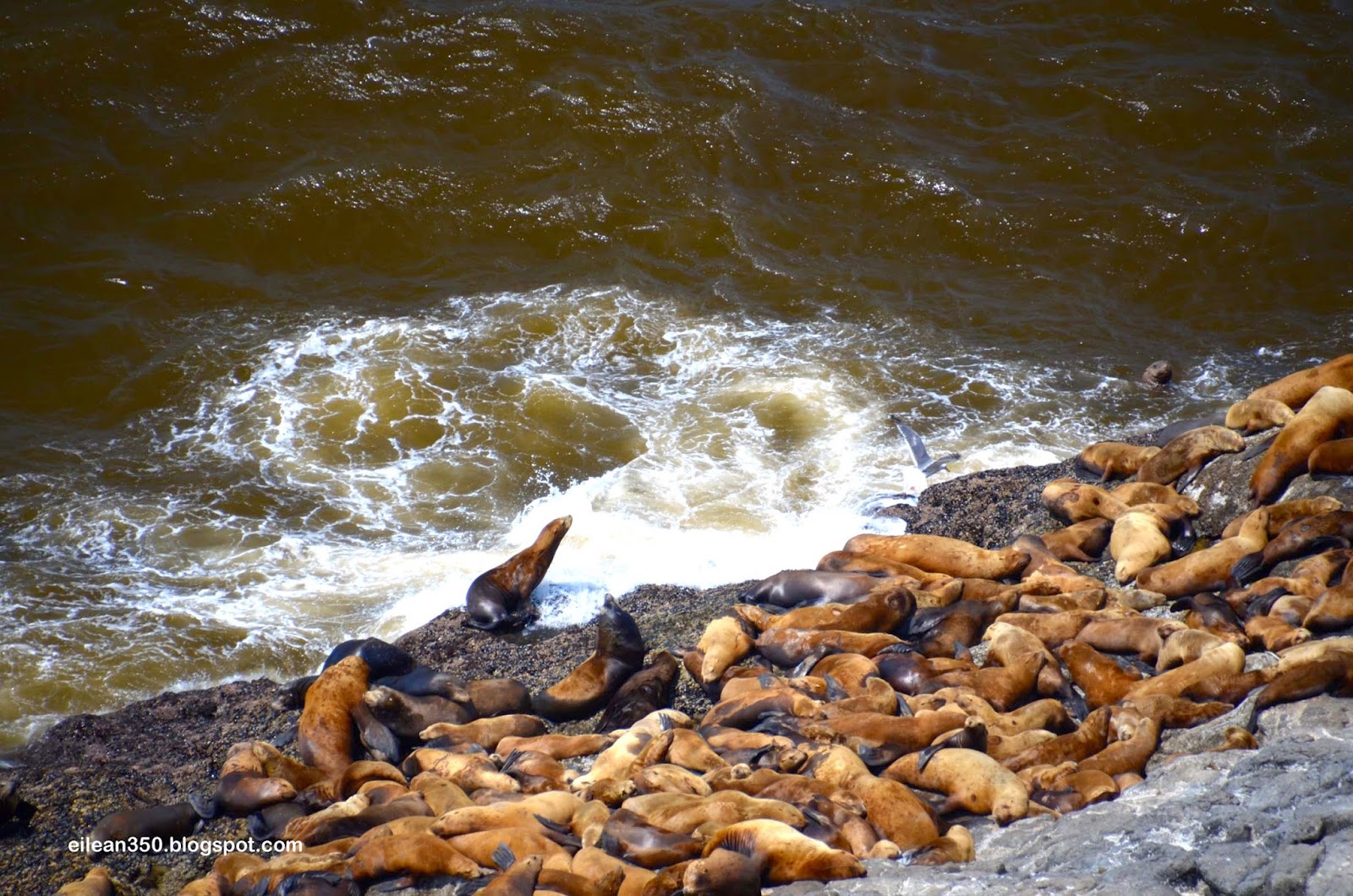 Next to the caves is the Heceta Head Lighthouse...
Supposedly the most photographed lighthouse in the world.
It certainly is a pretty one! 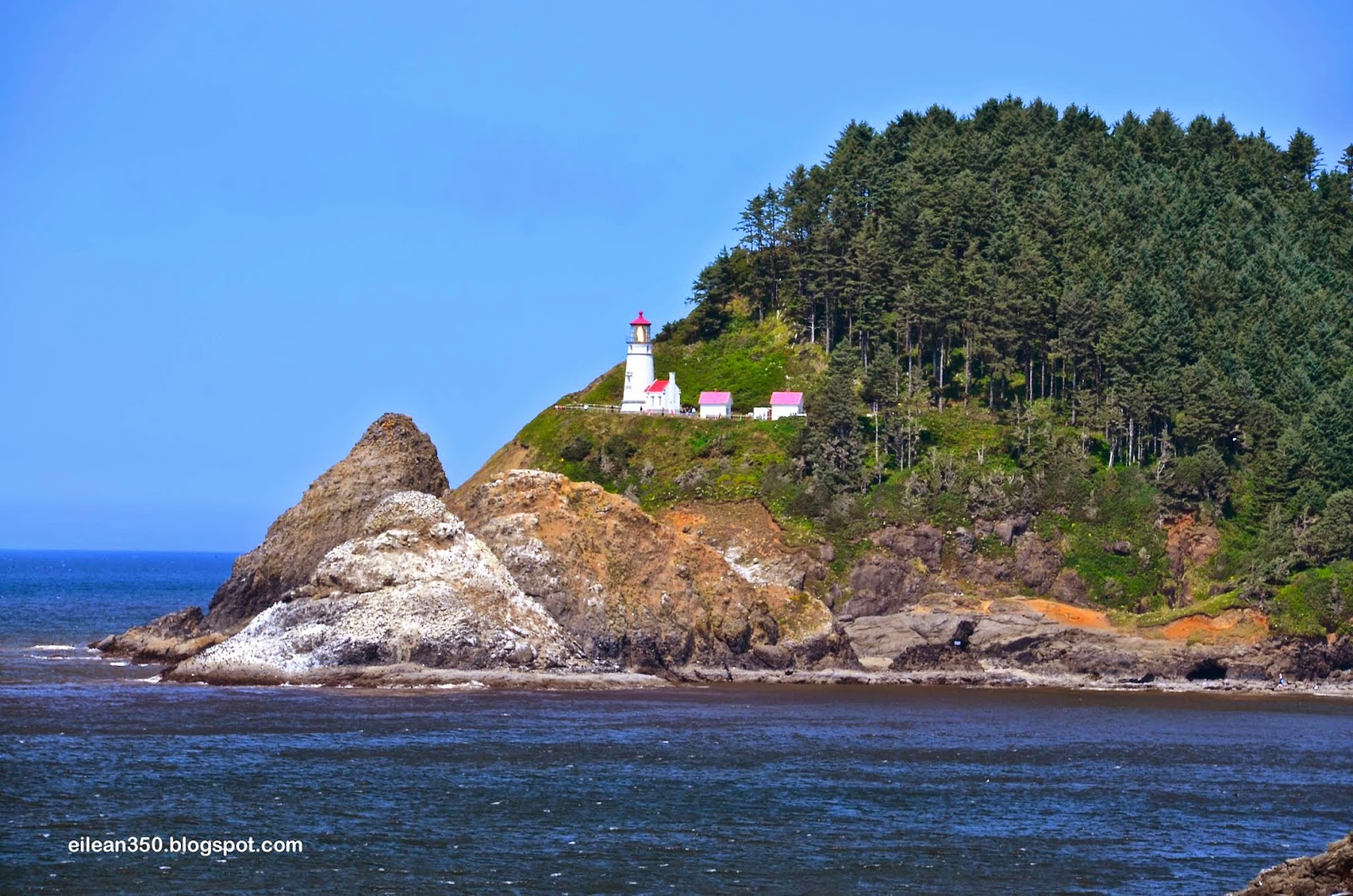 Our coastal tour concluded with a tour of the Tillamook Cheese Factory and
of course some Ice Cream Cones.

After our final night at Devils Lake we headed inland to just south
of Portland, Oregon where we are now.
The ladies will spend a few days shopping and visiting the Outlets.
I hope to visit the Evergreen Air and Space Museum.

Our time together is winding down...  How fast the time passes.
In just a few more days we will be heading south to drop off the Dog House
then back north to fetch the Montana and once again start the
DogHouse/Montana Shuffle to get the RVs positioned
for next winter.   Then we'll head east in the DogHouse.
(remember that dance?)

Our friends will head north to Seattle to drop off the rental RV and
catch their flight back to Switzerland.

But thats not just yet.