Goodbye and another Switcheroo.

Well another 2 weeks have gone by.
We've said good bye to our Swiss Friends, Moved the Montana
and the dog house, visited with Ron and Maxine,
and now are retracing the steps of the Donner Party.

We moved inland from the coast to Woodburn Oregon.
Our friends then took advantage of the outlets to stock up on clothes to
take back to Switzerland.
A couple of hard core shopping days ensued and then it was time for us to say goodbye.

We had to head south with the doghouse and they headed to Seattle to catch their flight.

Meanwhile Gracie has been doing some of her own flying.
She jumps from the Dinette Area to the bed in the DogHouse. 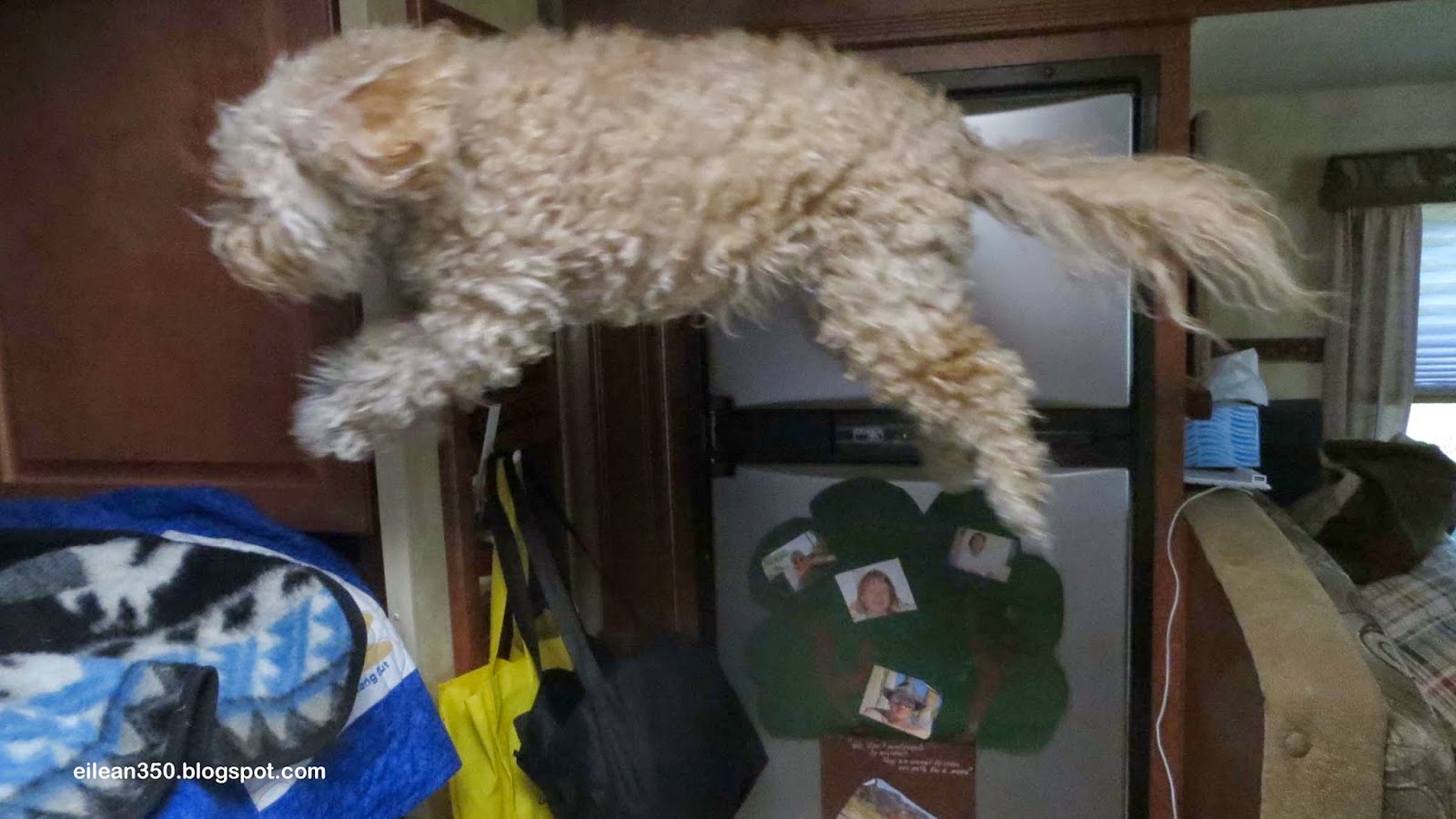 Finally - The 4-point landing.
Doodle Aviation at its finest! 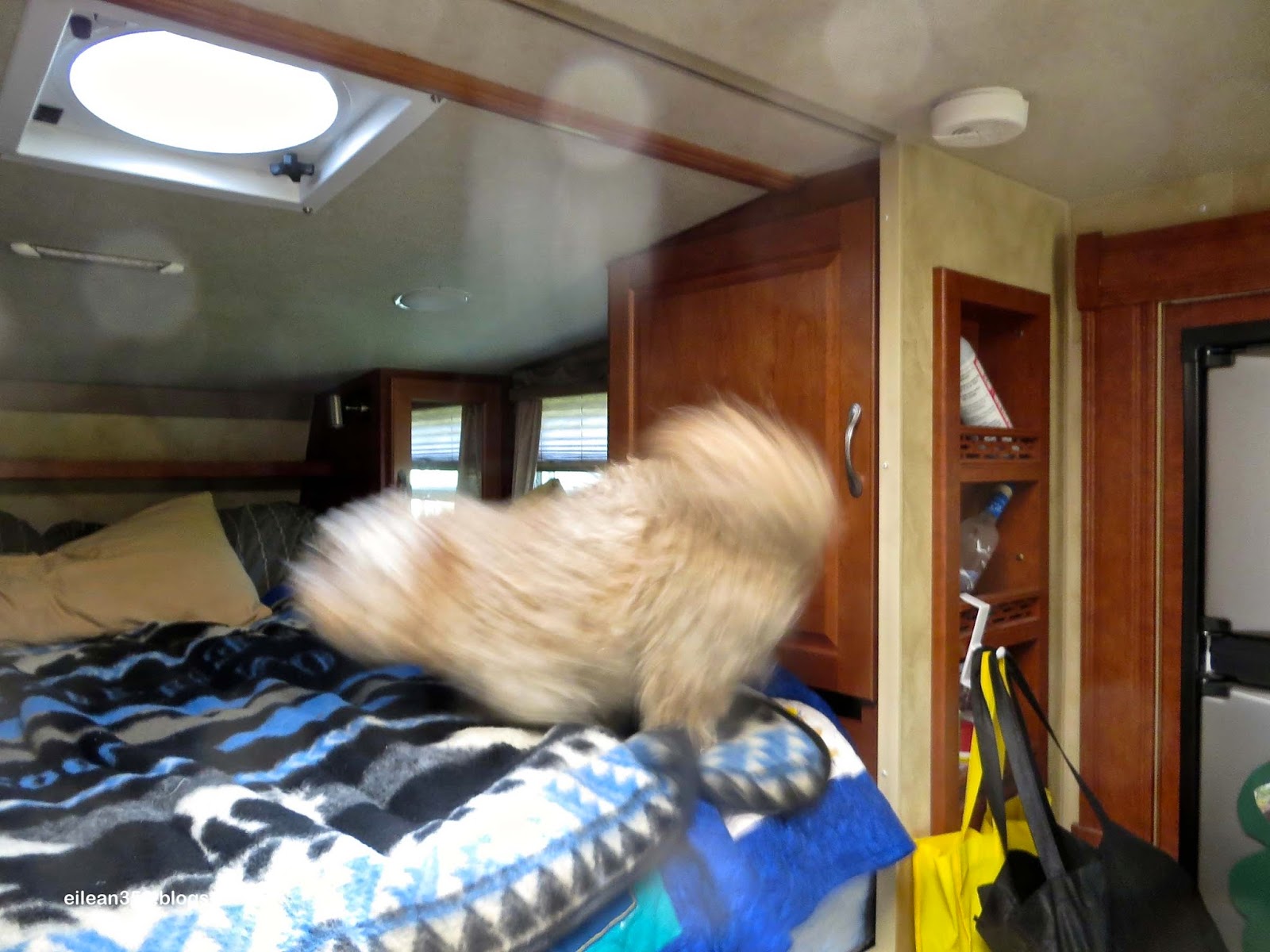 Leaving Woodburn, we took the DogHouse 7hrs south to Red Bluff, Ca.
Then we drove empty 10hrs north to Cle Elum, Wa to retrieve the Monty.
Then it was 10hrs back to Red Bluff with the Monty.

Here they are side by side again at Red Bluff. 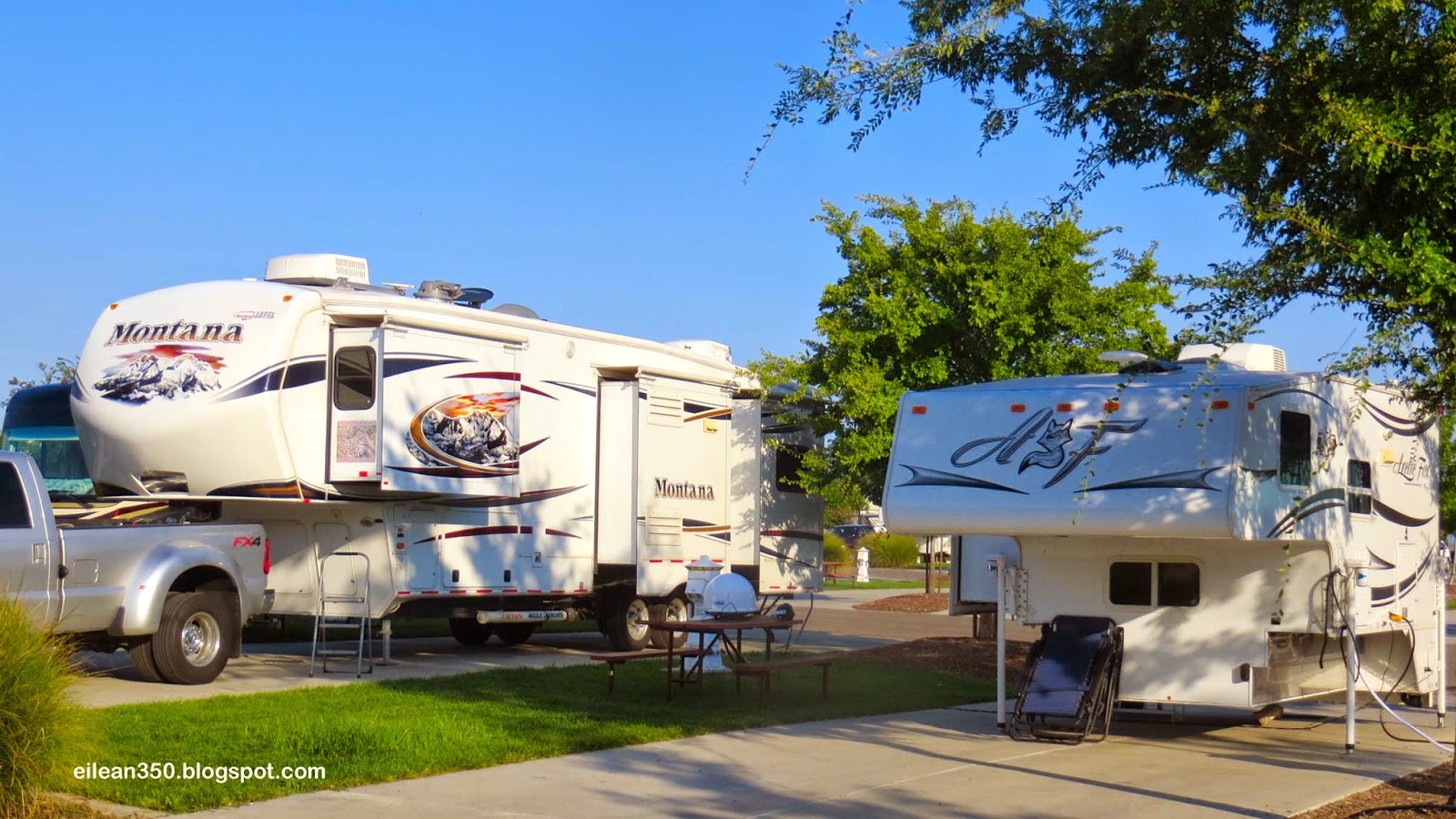 We then took the Monty 3 1/2hrs south to Placerville to put it in storage.
We returned to Red Bluff the Same day and spent the night in the DogHouse.
The Following day we drove back to Placerville to spend a few days with
Ron & Maxine at their home.
Once done we had clocked over 2,000 more miles on this trip.
Our total is now more than 18,000 miles logged since April.

Going to Rons place is like a visit to the antique car museum.
He is an avid auto restorer and quite good at it. 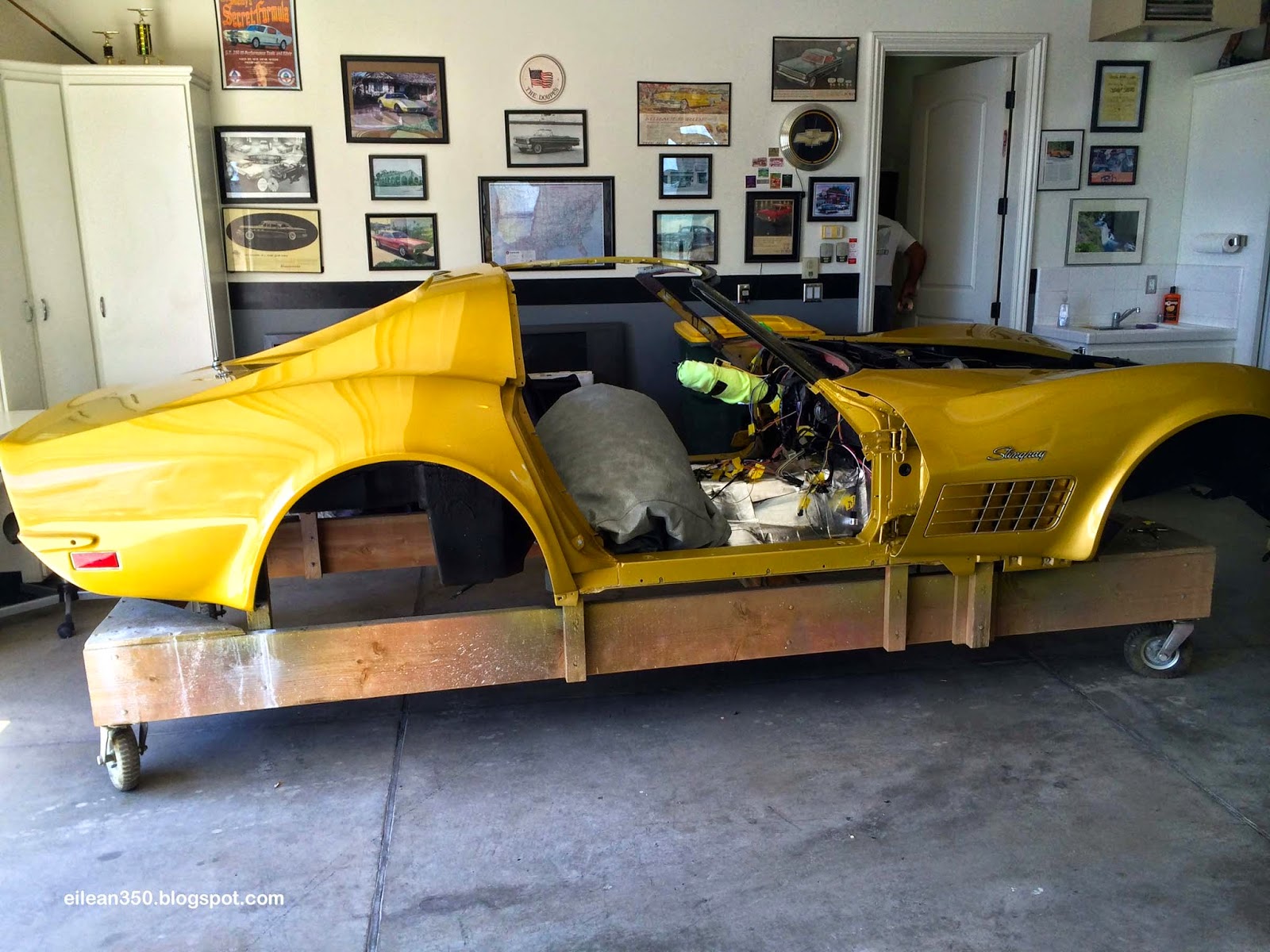 He does it all and does it to exact standards on the Vette.

Down to little blue dots of paint on certain unseen bolts. 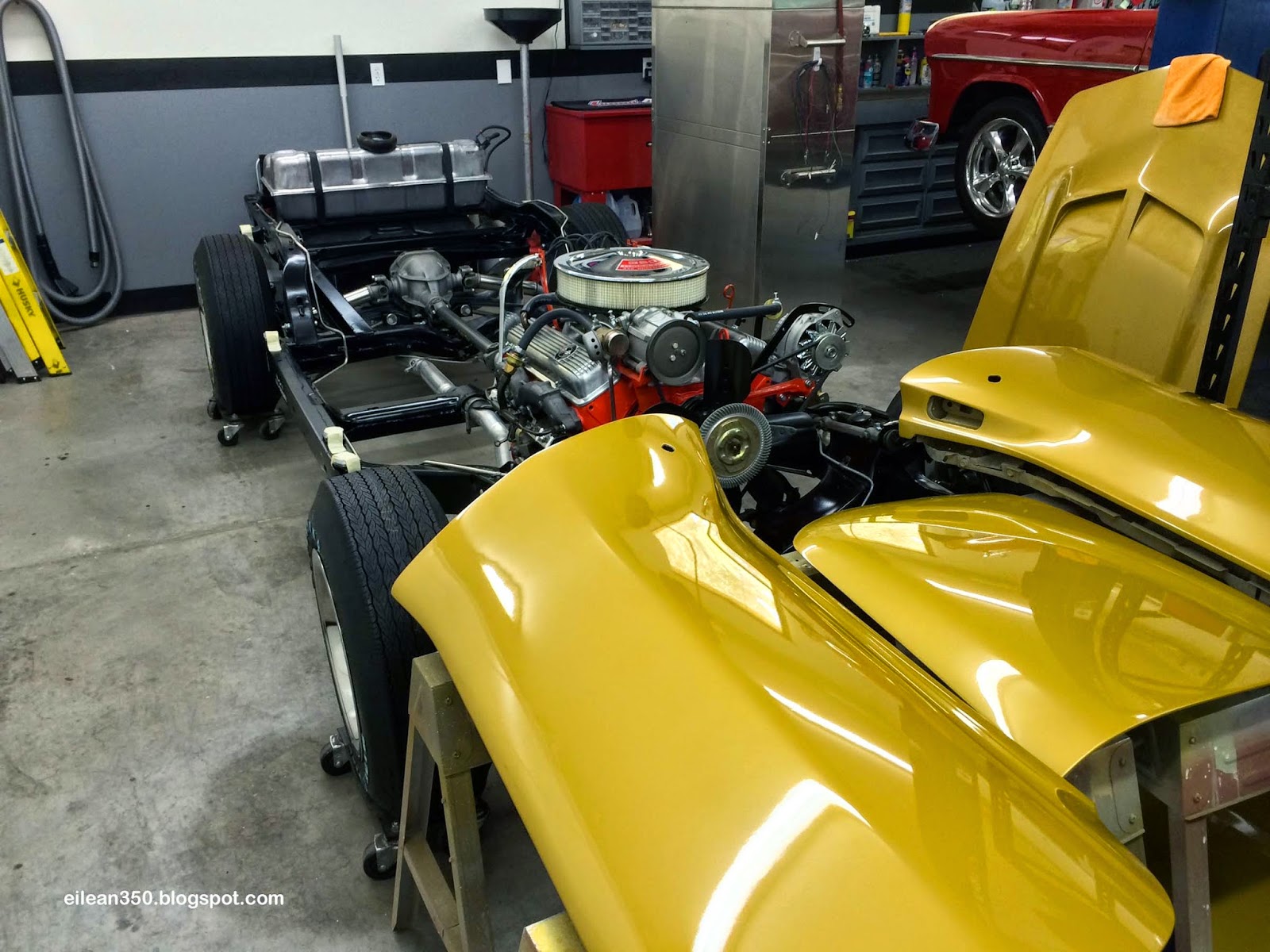 One of his completed projects is this 1955 Chevy. 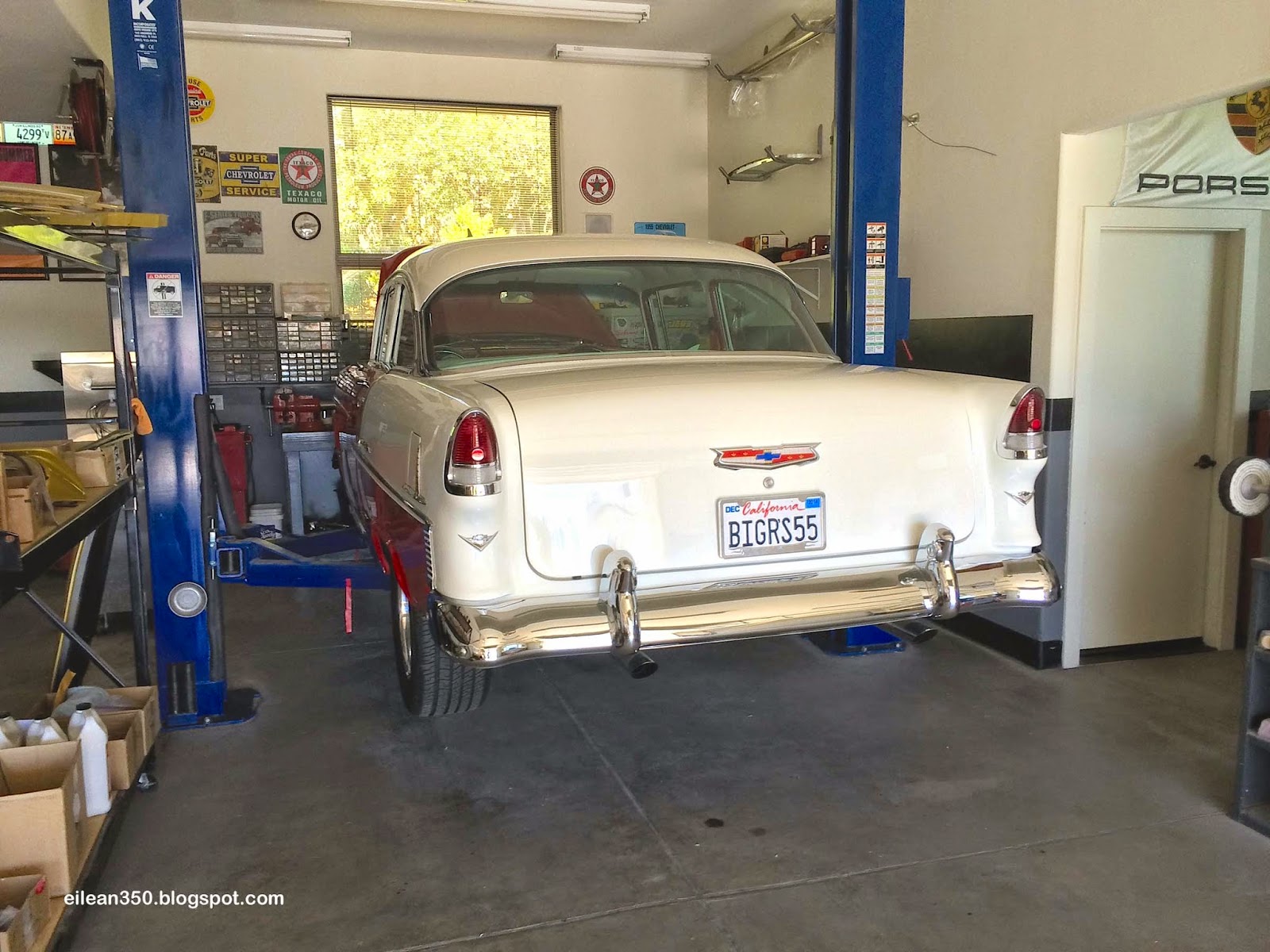 The chrome detail on these old cars is really cool.
It shines like new and is spotless.   And i mean SPOTLESS!
This car is not to original specs however. 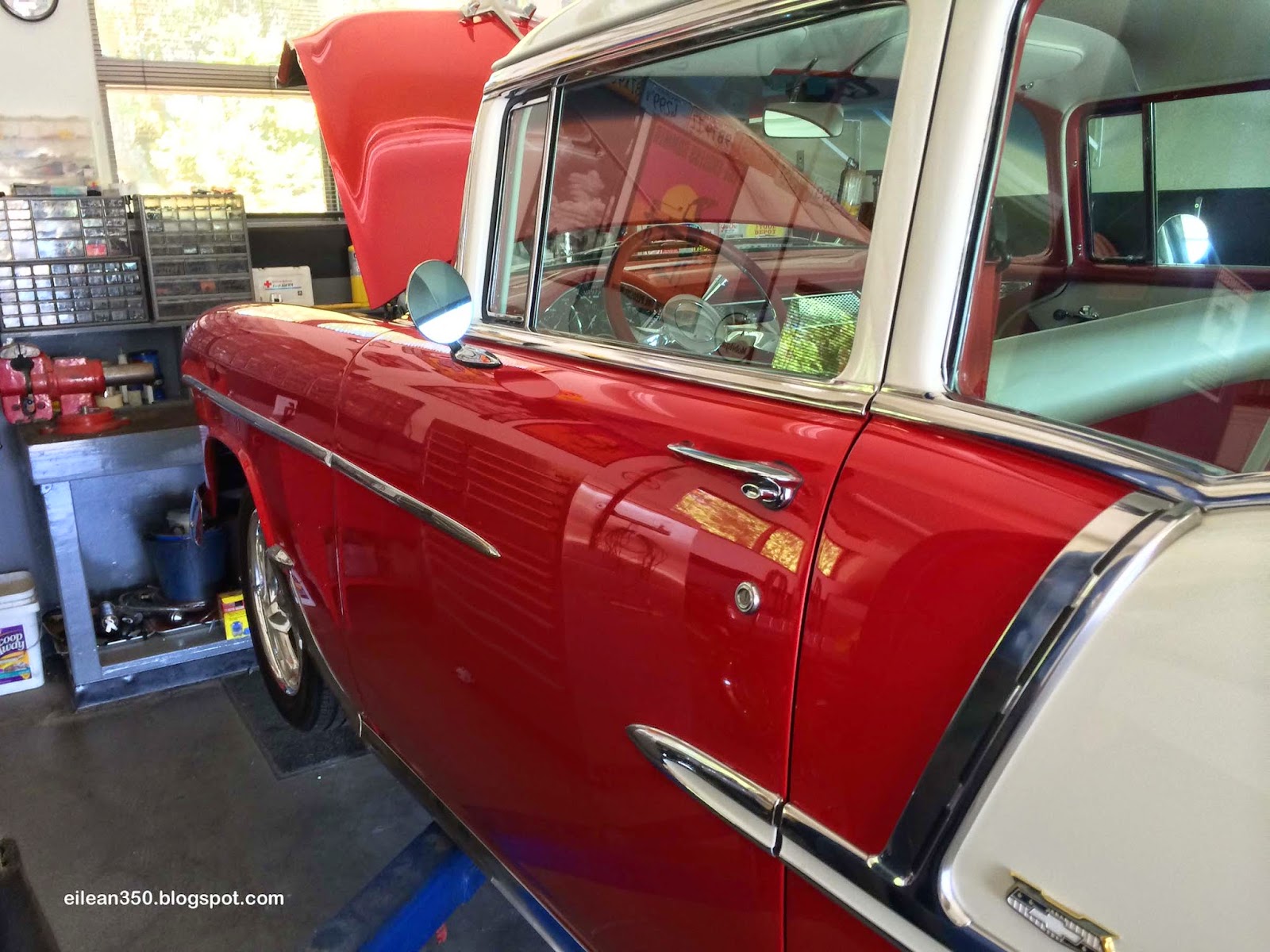 It is powered by a 1970's era Corvette computer controlled V8 engine with about
twice the horsepower of the original engine. 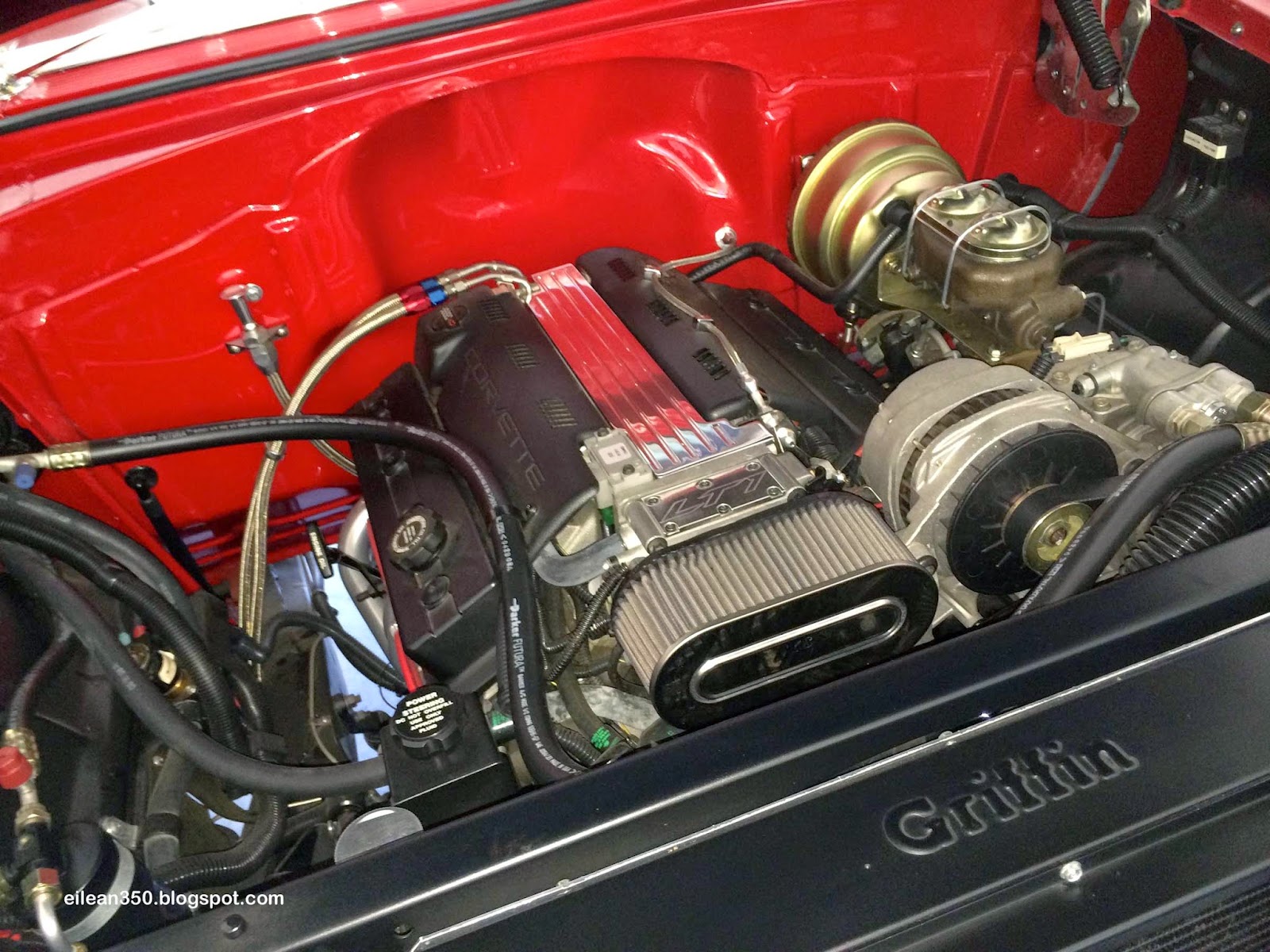 Here is the 55 on the lift in his garage, the corvette hood in the foreground.
If you haven't noticed - his garage is gigantic, well equipped,
and spotless. 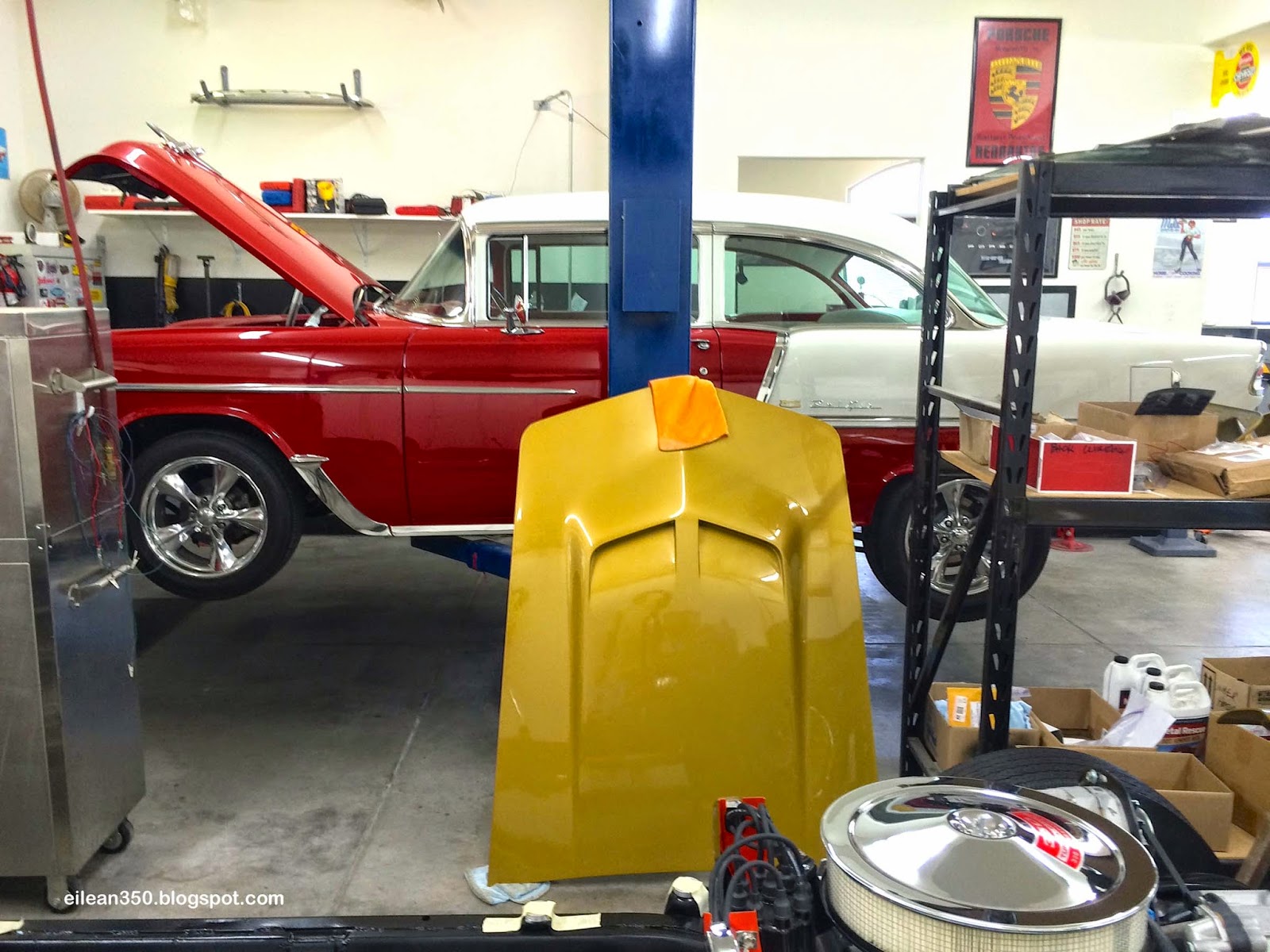 While visiting Ron & Maxines, and enjoying their hospitality we visited some of
the local sights.
Below is at Sutters Mill, where gold was first discovered in California.
The discovery of Gold in California was a pivotal event in the history of the USA. 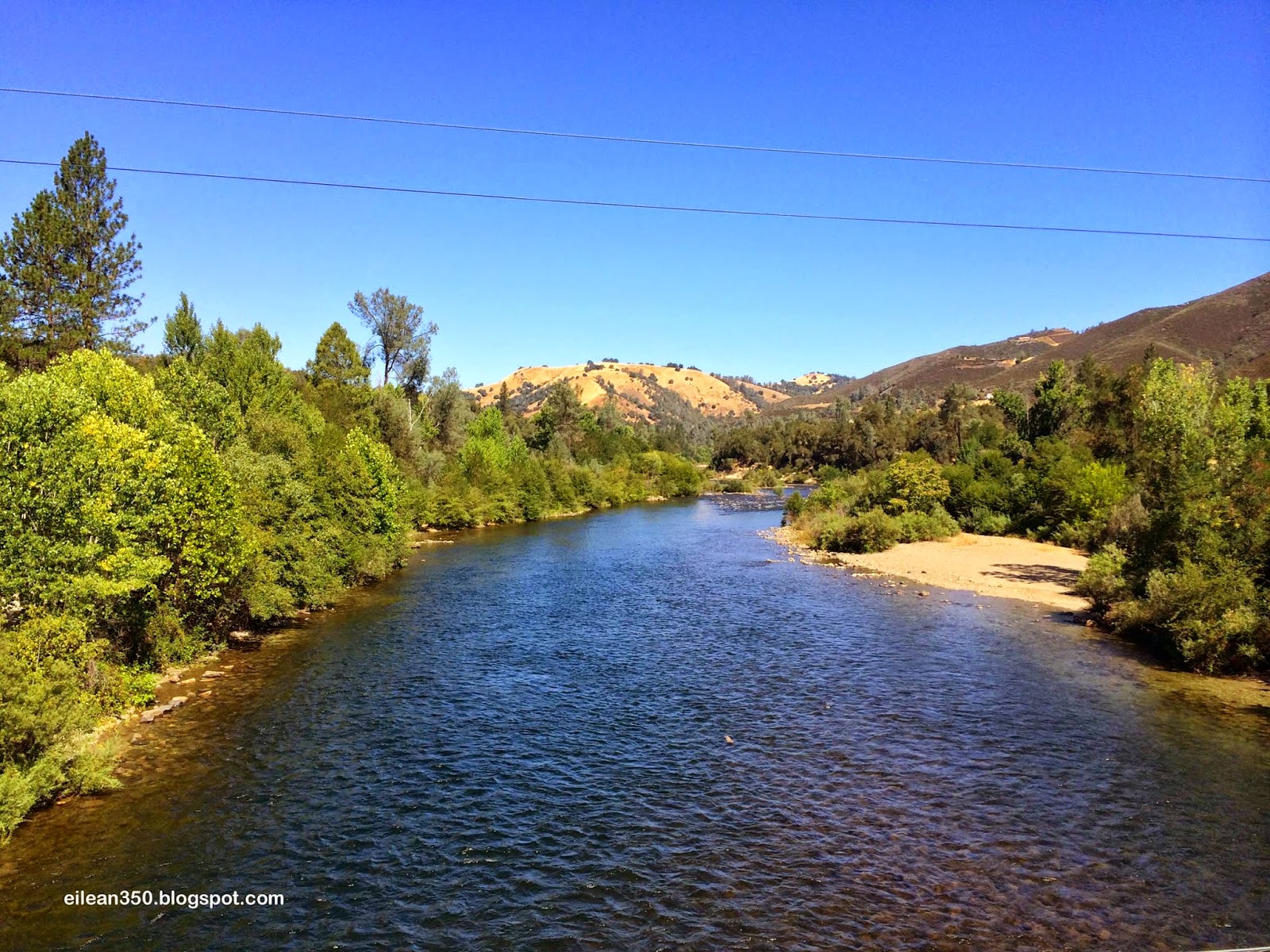 The Doodles traveled around with us everywhere and also had a
great time visiting. 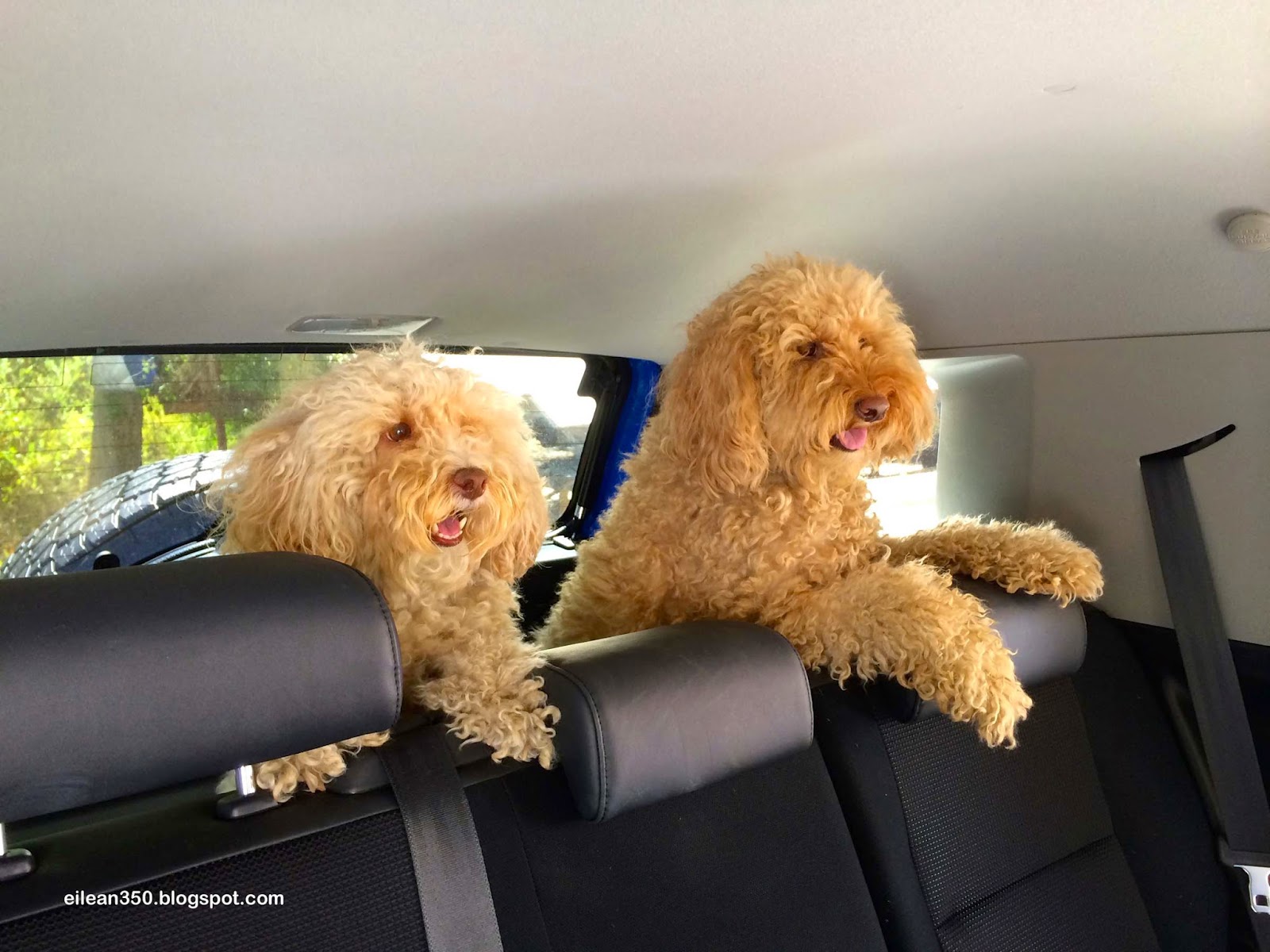 We toured an inactive hard rock gold mine and posed for this self portrait
over 150' underground.
It was right around this time that I mentioned to Kate:
"I hope we don't have an earthquake right now"
Her response I cannot print. 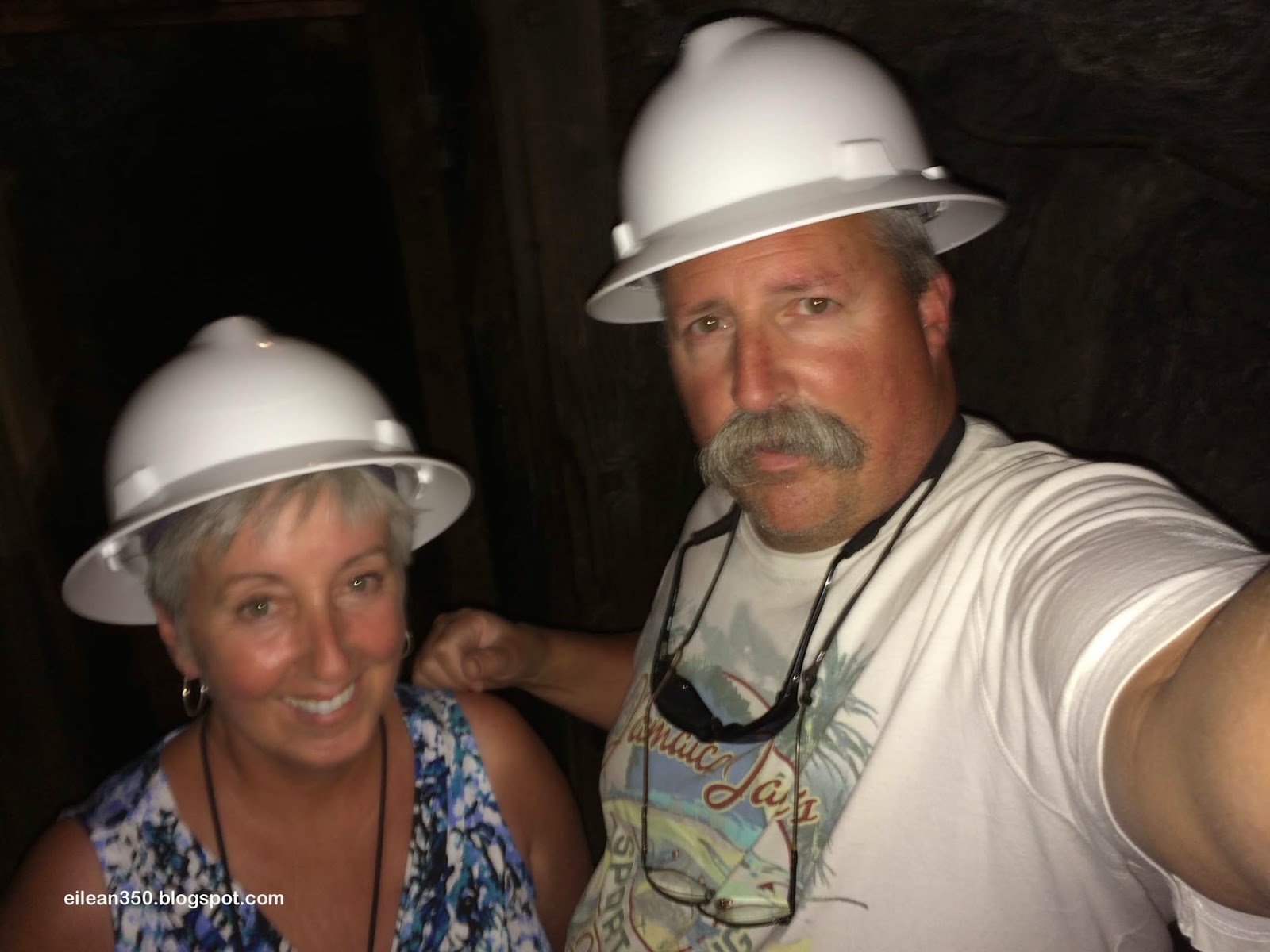 A view of the mine shaft. 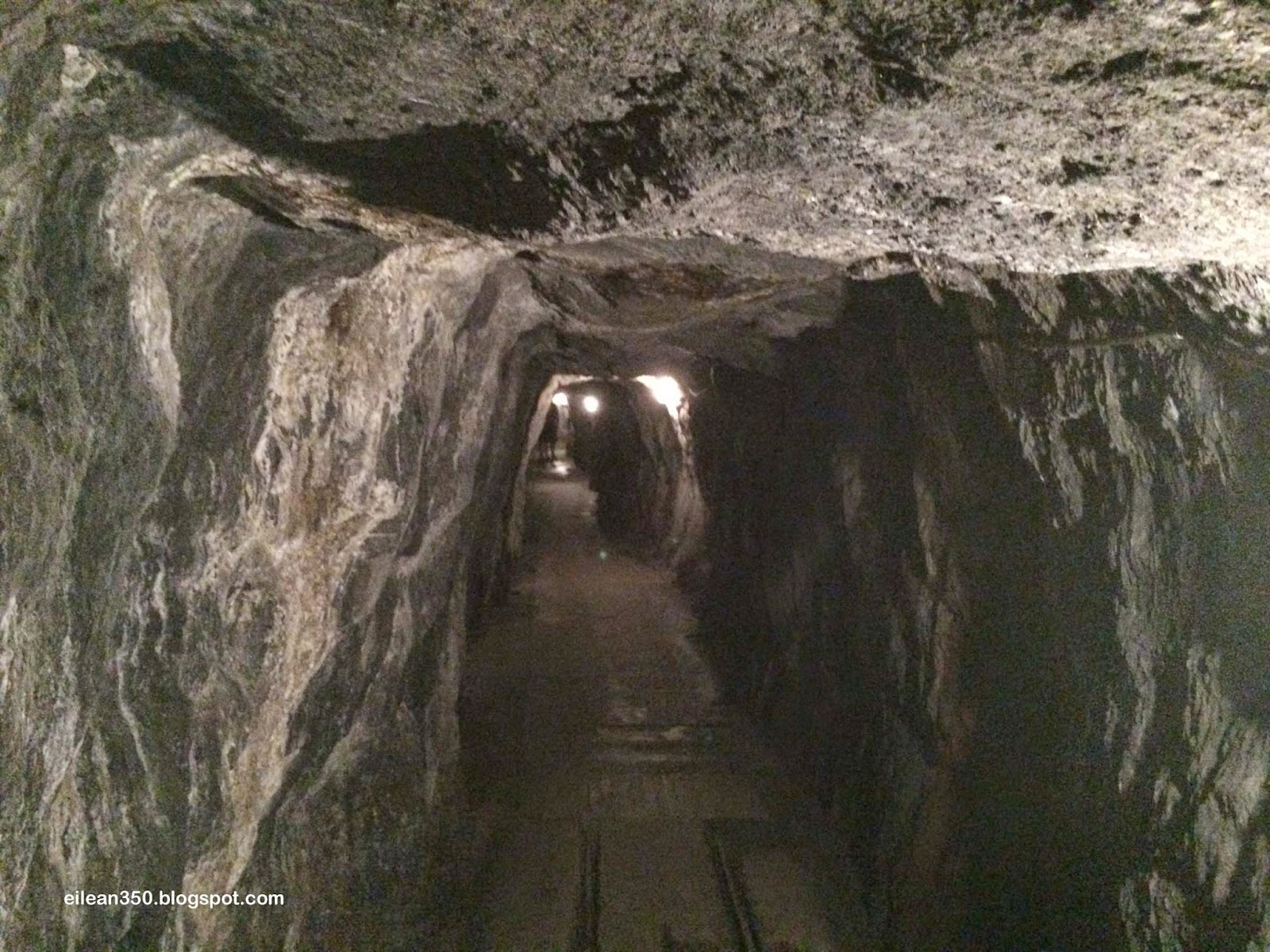 We spent 3 nights with our buds but as usual it was time to move on.
Tuesday we headed east on US 50 and crossed the Sierras to S. Lake Tahoe
and then went up the east shore of the lake.
That was a beautiful drive for our next blog.

We are now at Donner Memorial State Park in Truckee, California.
It was here where the Donner Party became snowed in and stranded just 60 miles short of
their destination in the Sacramento Valley.

This area is full of history and needs to be given more time in order to present
it properly so that will be for our next post.