Since our last post we have put about 1,000 miles on the odometer.
We crossed back into the US,   Drove south thru Montana,
thru Wyoming, and now are ready to cross South Dakota and head into
Iowa in the morning.

It was a bit of a trip down memory lane for us because it was here 8 years ago
that we met some good friends for the first time.

A cold front was passing thru and our evening was cloudy with thunderstorms which
added an element of drama to this unique scene. 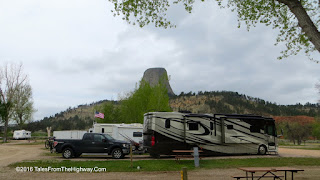 The next morning we saddled back up and headed 300 miles to
Badlands National Park in South Dakota.

We are staying in the Cedar Park Campground on the
west side of the National Park for two nights.

It has 50a hookups only - no water or sewer. 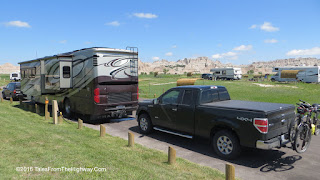 Today we took a sunday drive thru the park.
East along the Scenic Loop to Wall, SD then the interstate back. 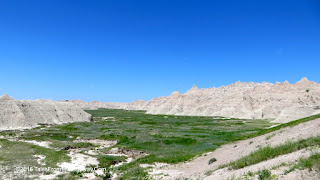 The badlands are heavily eroded and continue to erode at about 1" per year. 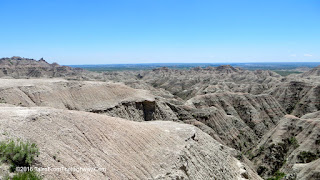 Even though it was mid-day, some of the colors popped. 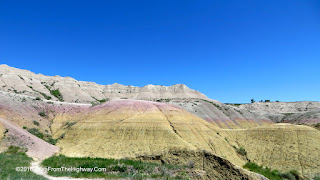 We spotted some Dall Sheep in the Eastern end of the park. 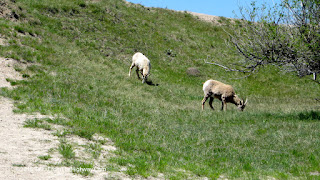 If you have ever traveled US14 or 16, or I90 just to name a few - you have probably
seen signs for Wall Drugs.   The signs start hundreds of miles before you get here.

Since we were passing by on the way back to camp we stopped in to check it out. 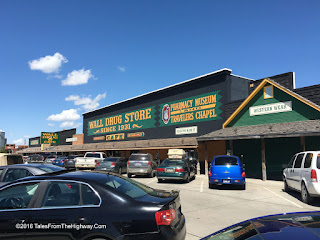 In between Wall, SD and the turnoff for Badlands are some Minuteman Missile Silos
and their control center - now administered by the National Park Service.

We first visited the D-9 missile silo.
The missile silo has its blast door pulled halfway open and covered with glass
so that you can look down and see the missile inside.

In front of the glass covering, you can see the hardened entrance to the silo, where
workers could climb down to perform service. 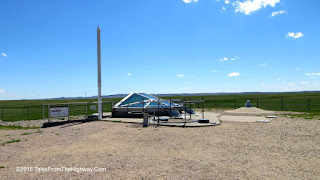 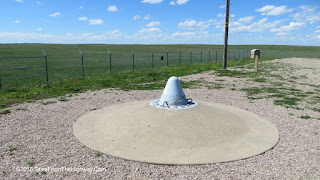 Looking down thru the glass into the silo.
The minuteman missile sitting there in its launch position. 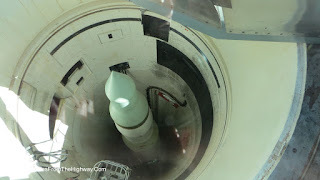 About 7 miles east we next visited the Launch Control Center.
This center is where the Air Force personnel would monitor the missiles under their control
and if called upon, launch the missiles.

An average LCC would control 10 minuteman launch sites all located about 5-7 miles away.

Above ground it looked like a simple ranch house type building. 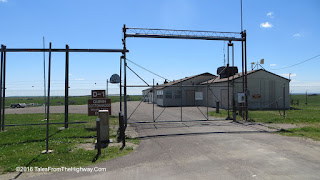 30' Below ground in blast proof bunkers, the Air Force personnel performed their
duties 24/7 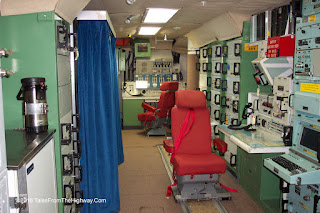 All of the missile sites and LCC's were monitored with various security measures.
Unauthorized entry could mean death! 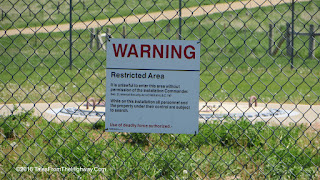 Tomorrow we are back on the road headed for an overnight in
Waterloo, Ia.

See you down the road.