The town too tough to die

The wheels have been turning and the feet have been in motion.
Since our last post we have continued our time in Las Vegas and
then moved on to 3 other locations so let me bring you up to speed.

After I returned to Las Vegas from my business trip, we spent several
busy days taking in the sites.

There was a bag pipe procession and parade that came right thru the
Motorcoach Resort. 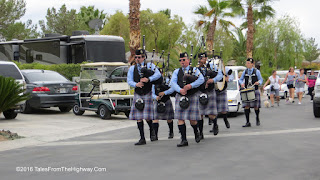 We went shopping at Towne Center.
The lush landscaping tends to allow one to forget that they are in the desert. 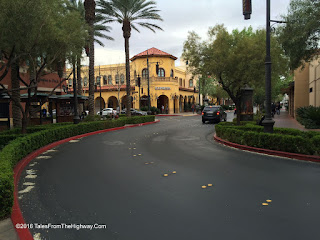 We had dinner at the Hofbrau Haus.   An authentically recreated duplicate
of the original in Munich.  It is owned by the same company and the food
was authentic passing Michaelas judgement. 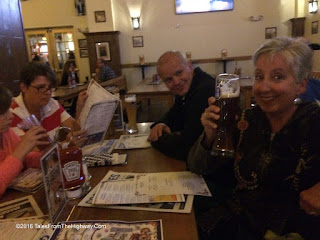 We visited Venice....
Or in this case The Venetian Casino.
Inside is like being in another world. 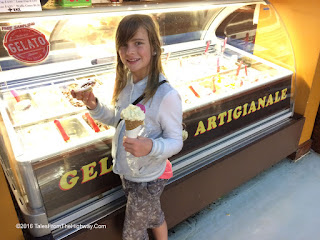 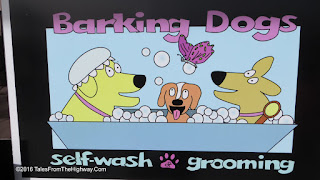 Just like last year, while here we took advantage of a local business that has a
self serve dog wash.

Kate and the girls took the doodles while I worked. 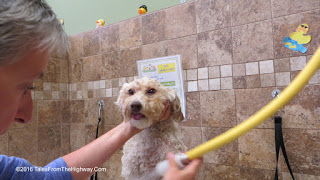 As they say - every dog has its day and soon it was Lucy's turn. 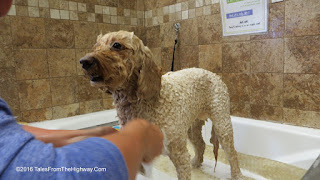 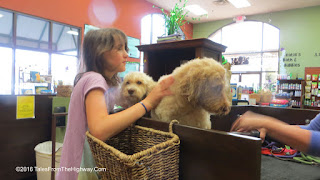 The girls have had several sleepovers.
Here Gracie and Lucy wake up Francesca. 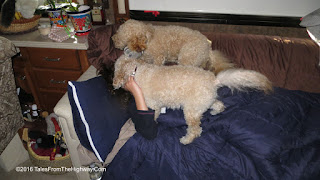 Since they are visiting for 9 weeks, time is set aside for school.
Mom and Dad are handling the German, French, Math, & Geometry lessons.

I am in charge of the English lessons.
Below Francesca is studying while Isabella combs Lucy. 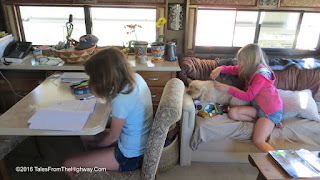 While here we reunited with Jim, Krisi, Stan, and Marilyn who were
returning from a month on the beach at Puenta Penasco Mexico.

A peaceful and remote area - the park has not been without its past challenges.
In 2003 a Park Ranger was killed by smugglers.
Since then the local Border Patrol has grown from 25 agents to over 5,000. 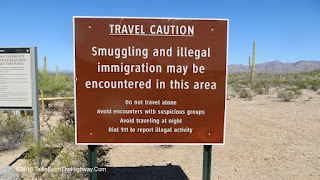 One afternoon the boys took a ride to Quitobaquito Springs, a true
Oasis in the desert. 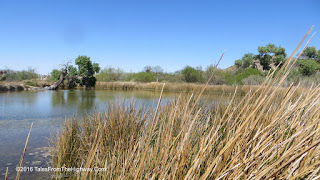 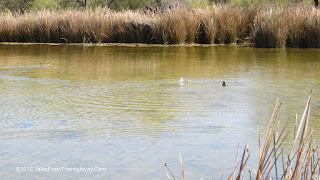 The road to the springs runs right along the border fence for about 15 miles and
we took this photo of the local border patrol. 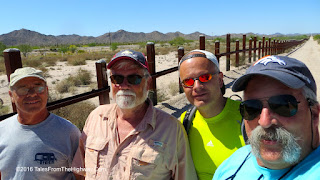 One morning we took the 3 mile hike from the campground to the visitor center and back. 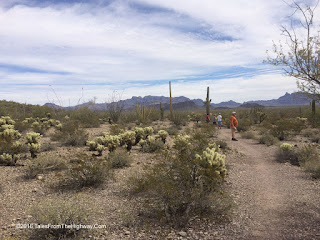 Another afternoon the boys took a drive on the Ajo Mountain Loop Rd.
A scenic 21 mile 1-way loop

You can see an arch in the mountain ahead. 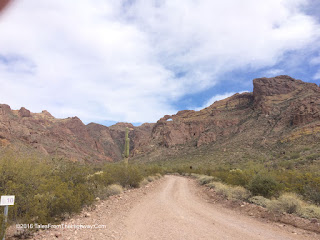 A closer view of the arch. 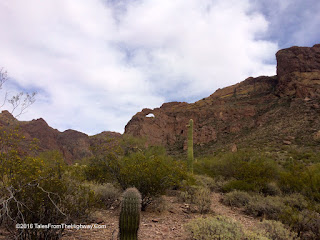 After several days we moved on eastward a couple of hundred miles to
Kartchner Caverns State Park.
Being smack in the middle of spring break now we are finding the prime spots harder to
get into for any length of time.

We spent a night at Kartchner and our friends did a morning tour of the caverns,
and then we moved on again.

Before we left Isabella left some artwork on a Prickly Pear Cactus. 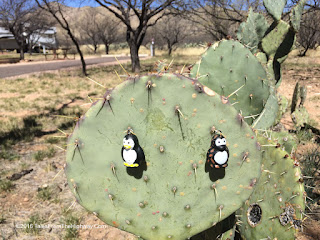 Known as "The City Too Tough To Die", Tombstone has a historic past.
It is most famous as the site of the shootout at the OK Coral.

Founded in 1879 when Silver was discovered, it quickly grew into prospering boomtown
of the western frontier.

It survived burning down twice, and flooding of the mines and today has become
a tourist destination for those yearning a taste of the Old West.

Our first stop was Big Nose Kate Saloon for a couple of cold ones. 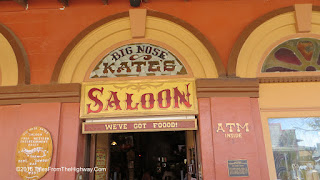 While there we met these two gunslingers who were sitting on the bar. 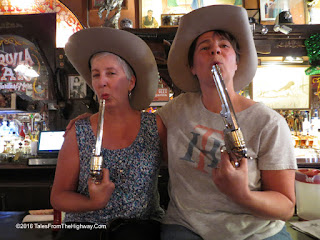 We enjoyed some country music while enjoying our beers. 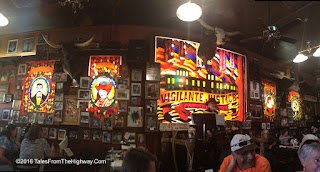 The town retains much of its old western charm. 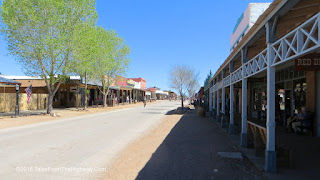 Inside the Crystal Palace.
It was outside of here that Virgil Earp was gunned down in the street in retaliation
for the gunfight at the OK Coral. 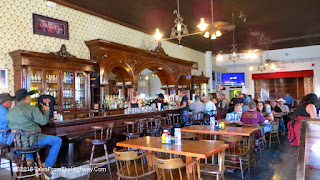 The County Courthouse.
Built at a cost of $50,000 at the time - it was a testament to the
power and prestige that Tombstone held at the time. 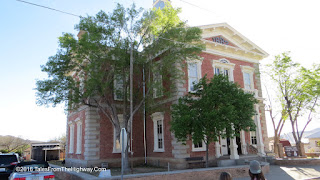 We have one more day here in Tombstone until we relocate to Tucson and
sample some of the flavors of the big city.  In Tucson we will also hook back
up with Jim and the gang.

Today is horseback riding for the girls.