For those of you who did not know about it...
Our could not see it...
Or just didn't want to get out of bed...

Since our weather was perfect for viewing,
I thought I'd post a couple of pictures of this mornings Blood Moon.

It was a total lunar eclipse and due to the red tint caused by reflections from
the sunrises and sunsets on Earth, it is called a Blood Moon.

The interesting thing about this lunar eclipse is that it is the second of 4 that will
take place between 2014 and 2015.

The series is called a Lunar Tetrad because there are 4 full eclipses,
each full Lunar eclipse is followed by a period of 6 lunar months (6 full moons)
with no partial eclipses in between.

It is a fairly uncommon occurrence.   Although there will be 8 Tetrads
in the 21st century - there were none for instance in the 17th, 18th, and 19th.

Here the eclipse was about 70% in process. 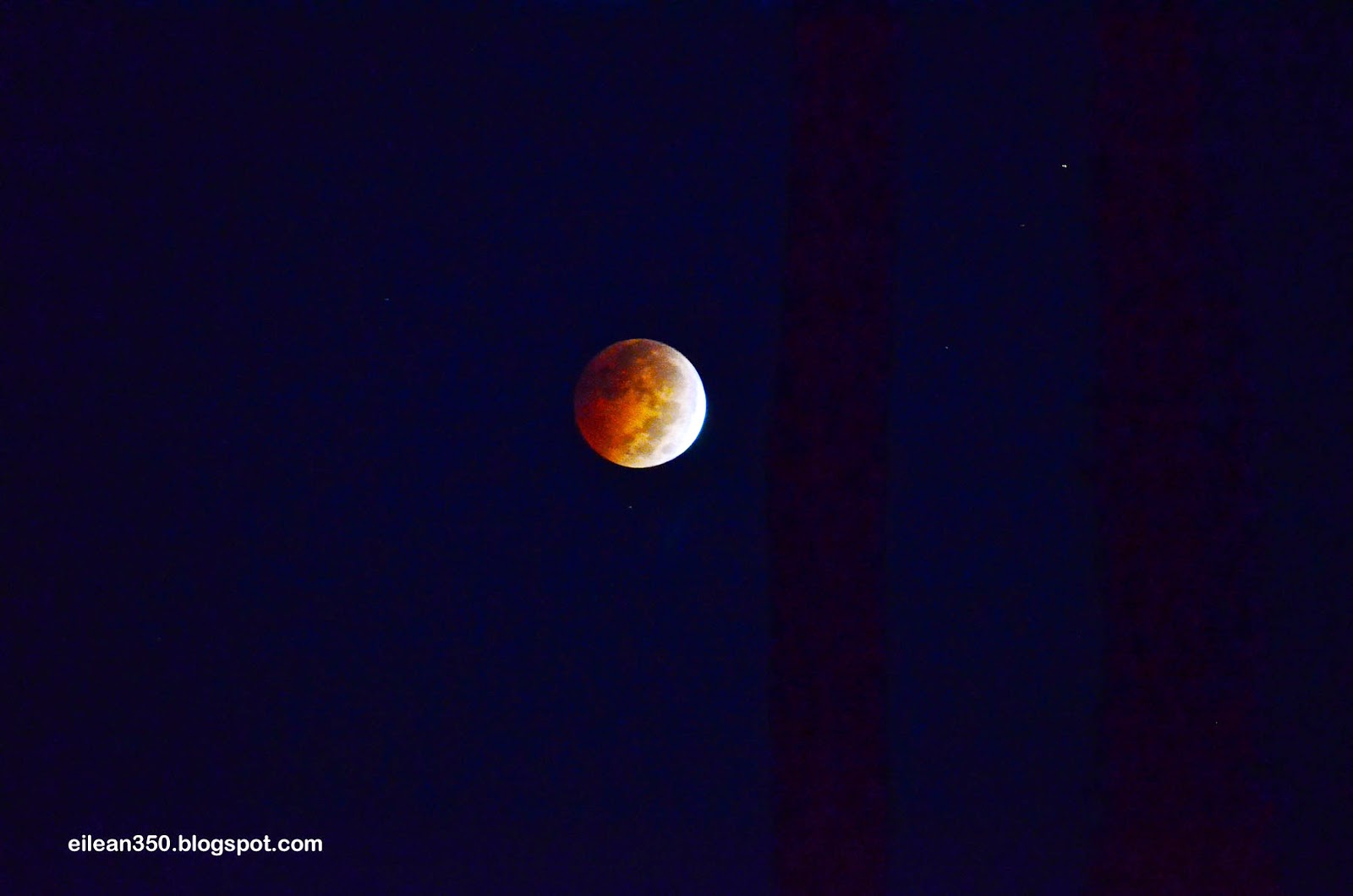 A bit later more of the moon is covered. 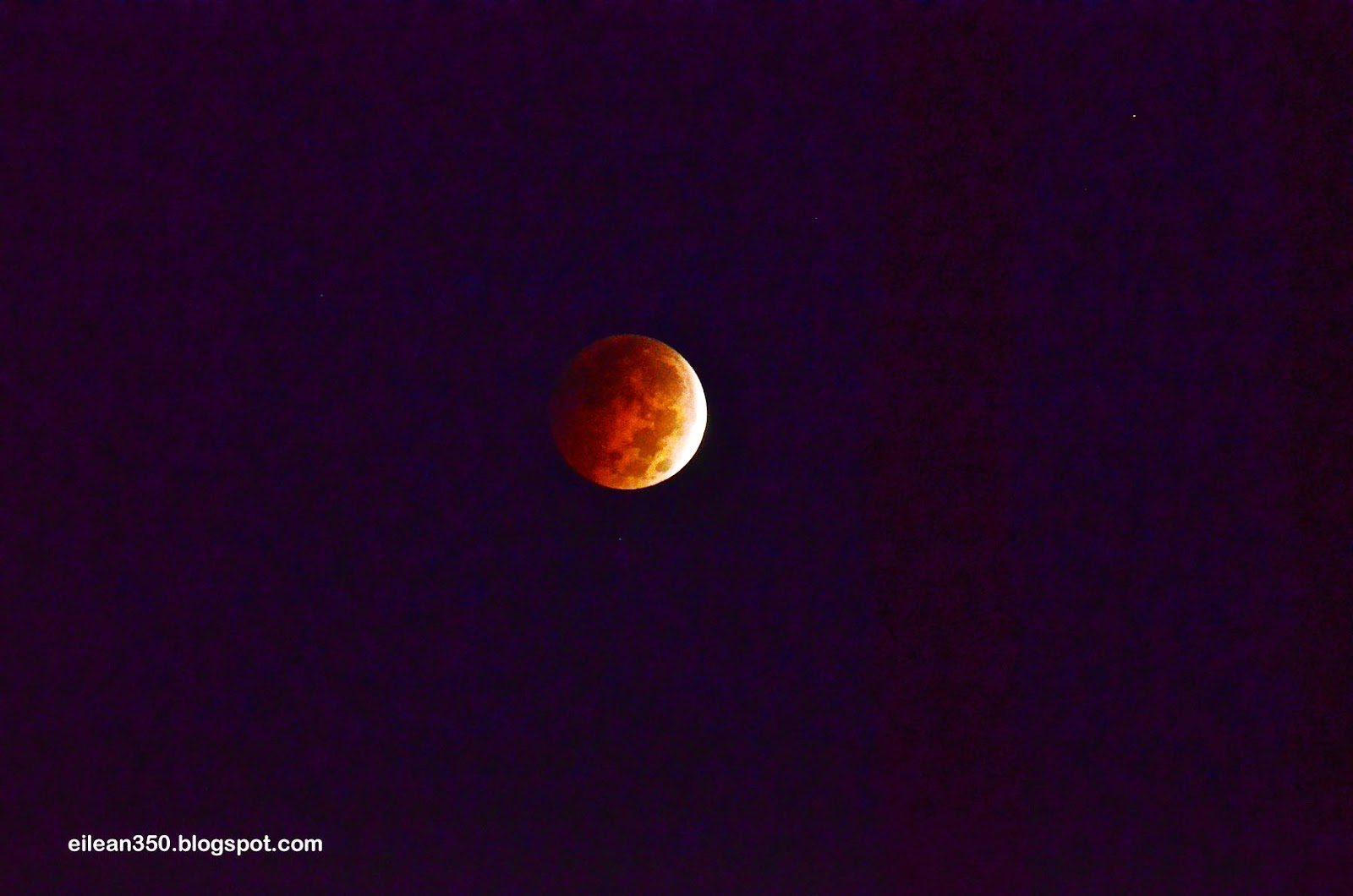 Finally - this was taken just a few seconds before totality. 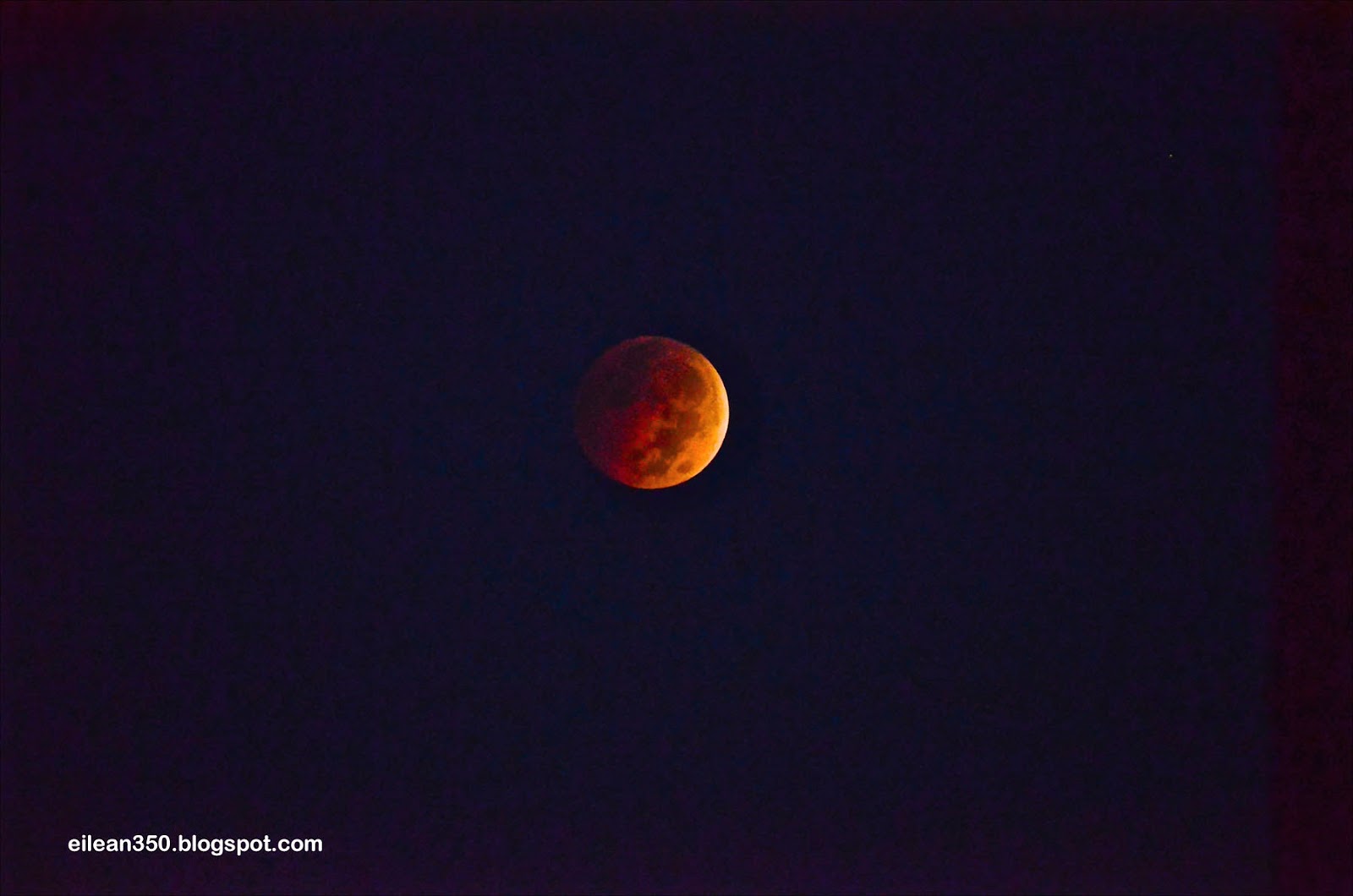 Here on the east coast the totality occurred at 0625 so soon the sky started
to brighten and we did not get to see the moon reappear in its full brightness.