Our travels today took us to downtown Yuma
and the Yuma Territorial Prison. 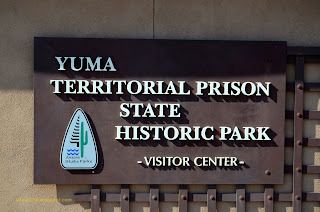 The prison operated from 1876 to 1909 and
had a fearsome reputation in the old west but in actuality
it was a modern progressive prison for its time boasting such amenities
as running water, electricity, and flush toilets.

Over it's 33 year existence over 3,069 prisoners including 29 women
called its walls home and 111 died within its walls,
mostly from Tuberculosis.

Here is prisoner 1005 getting checked in. 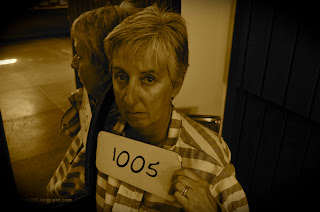 The above mirror was the actual mirror used and allowed one photo to capture
both a front and profile shot with one picture...
(remember - photo technology was rare & expensive at the time)

I escorted the prisoner thru the main gate... 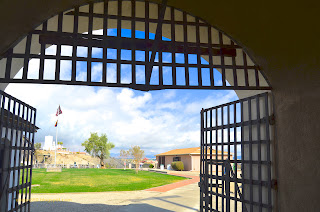 Then thru the cellblock gate.. 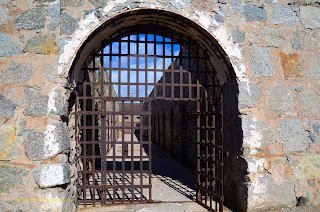 Down the rows of cells.. 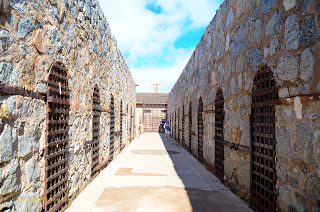 And into her home for the duration of her sentence. 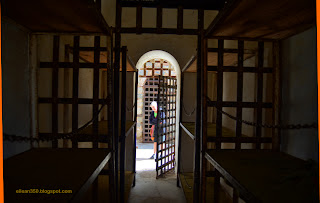 Since she was going to be locked up and out of circulation for a while...
I found me a new honey 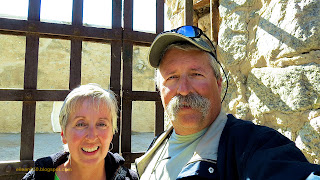 So me & my new honey headed off for the green fields of freedom
laying just beyond the walls of the prison. 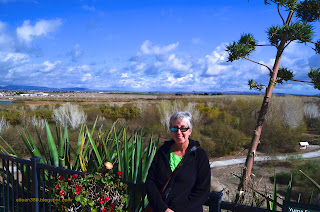 After the Prison we headed to the Yuma Farmers Market.
Along the shore of the Colorado River at the Yuma Quartermasters Depot,
we were able to score some great produce.

There was also some higher priced but excellent selections such as
Cinnamon Raspberry Balsamic Vinaigrette
and Vanilla infused Balsamic.

An excellent selection of fresh herbs rounded out the offerings
to which we availed ourselves.

Later - back at the RV Park, the usual happy hour was followed
by another fantastic group meal...

Did I mention that Ron has an expresso machine in his rig?

It's a tough life out here on the road but we're surviving.