I said it was a busy day...
After the Desert Museum we headed over to the
Old Tucson Film Studios. 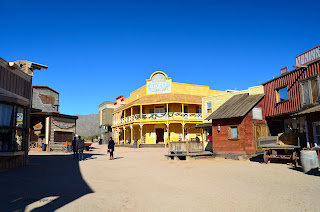 Built in 1938 by Columbia Pictures, Old Tucson has been the filming location of
dozens of Western Movies and TV Shows.

The Bells of St Marys
The Three Amigos
3:10 to Yuma
Rio Bravo
The Outlaw and Josy Wales
McLintock
Dirty Dingus Magee
The Life & Times of Judge Roy Bean
The Cannonball Run
The Quick & The Dead
Little House on the Prairie TV Series

If you don't recognize several of those films....  you just don't watch enough Westerns!

Walking around felt like we were in the Old West.

The 3pm Stage Rolls into town...
I wonder who might be arriving. 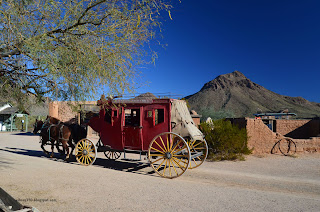 After stealing a couple of Ponies...
The Sheriff rounded up Kate for Trial. 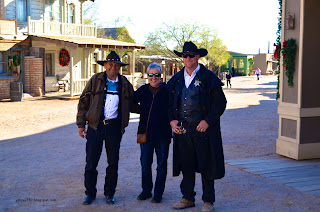 She was locked up awaiting trial. 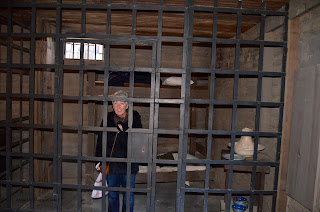 The results for Kate were not good. 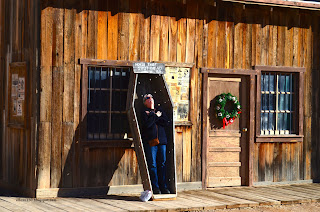 We were treated to a re-enactment of the Quick Draw Competition from the movie
The Quick and the Dead which starred Gene Hackman, Sharon Stone,
Russell Crowe, and Leonardo DiCaprio.

For those of you who have seen the movie: 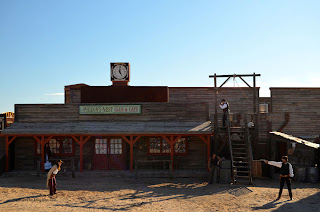 And Lady falls in the street...  or does she? 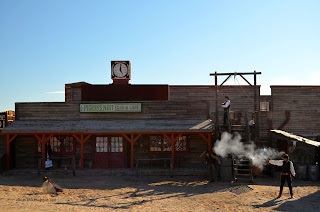 Later The Lady extracts her revenge. 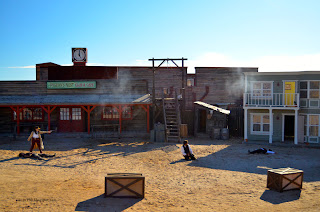 And finally they take a bow! 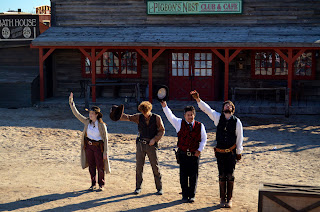 The lanterns are hung in anticipation of nightfall. 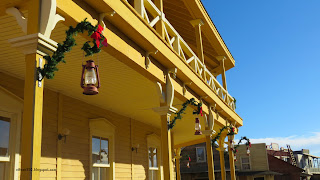 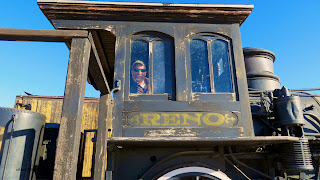 And again...  another self portrait. 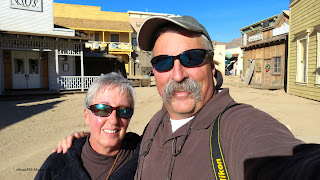 We had a lot of fun here.
What a great place.
Now we need to re-watch some of those westerns to see what we might recognize.

We have a DVD collection in the RV of around 400 titles including lots of Westerns,
so I'm sure we can find a few that were shot here.

Well this concluded our whirlwind New Years Day.
I hope that yours was as enjoyable as ours.
Posted by GregK at 7:08 AM