The battle of Yorktown in October 1781 is the story
of the birth of America.

It began with the Declaration of Independence in 1776.
It ended with the Treaty of Paris in 1783.
But it was Yorktown that made it possible.

The Brittish Army under General Lord Cornwallis had chosen
Yorktown for it's strategic potential.   With the Chesapeake bay at hand they had
the means to resupply and reinforce their army via the Brittish Navy.

It was these same attributes however that George Washington was able to use
against them and turn the tide of the Revolutionary war.

The people of the United States owe a huge debt of gratitude to France.
It was the french blockade of the Chesapeake bay that prevented the British
the means to supply, reinforce, or retreat.

Yorktown is located towards the end of a long peninsular.
With the Colonist and the French Army advancing the British had their backs
to the bay with no means of escape.

Using their more powerful guns, the Colonists were able to pound the British
positions and Cornwallis - realizing that the situation was hopeless and to continue
to hold the position would just mean annihilation - wisely surrendered his army.

Looking at the earthworks from inside the British positions. 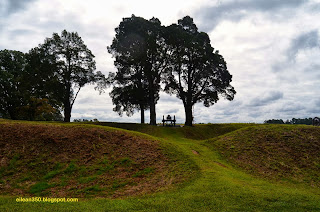 Example of a US 24 pound artillery piece.
The British has mostly 6 and 12 lb cannon.
1/4 to 1/2 the range and power of the Colonists Artillery. 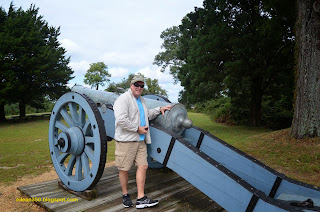 Inside the British positions, you can see how close the water was behind them. 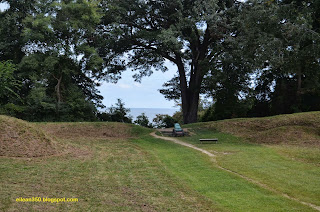 After touring the battlefield we took the short walk into historic Yorktown. 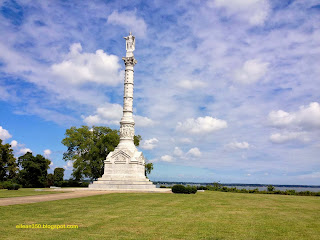 More Frenchmen lost their lives in this battle than Americans.

A Street in Yorktown. 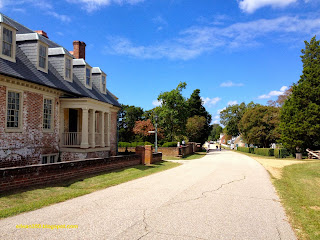 A sailing vessel in the Chesapeake. 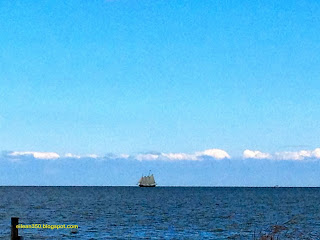 After lunch and a foamy mug at the Yorktown Pub
it was time to head back to the RV and get ready for dinner.

Tonights Culinary Experience was the Kings Arms Inn in
Colonial Williamsburg.  The Inn has been serving dinner since the 1700's.

We picked up these three lovely ladies as our escorts for the evening. 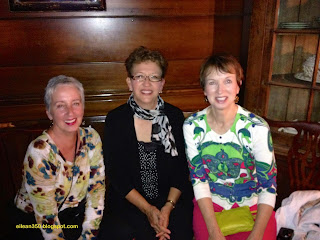 By dinnertime the streets of the city were almost deserted. 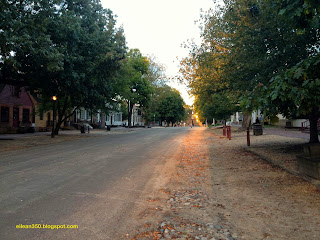 The inn was illuminated solely by candlelight and all the staff (as is everyone
in Williamsburg) was dressed in period garb.

The napkins were 3' x 3' in size as they were during the period.
It would have been tied around your neck to help keep your clothes clean. 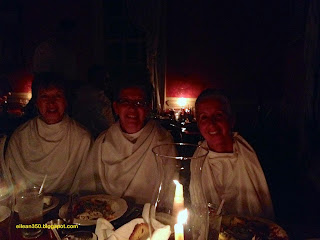 I had a wild game pot pie type dish.
Venison, Rabbit, and Duck. 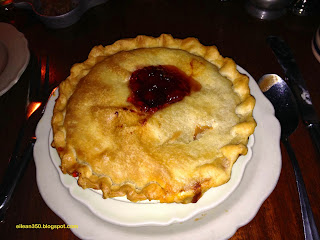 Hayden and Eric had a cornish hen. 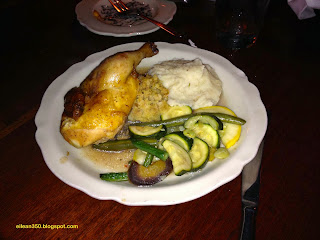 The ambiance was great!
While we dined we were regaled with period tales and humor
Huzah! 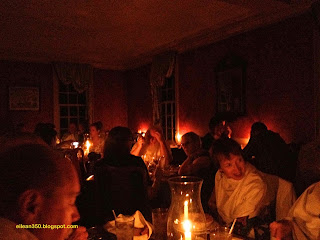 It was a great end to another great and interesting day.

Tomorrow we meet at 10am to see the Jamestown Settlement,
the first European Settlement in the US.