After finally capturing the elusive Roadrunner we could now put that chapter
of this journey behind us and turn a new page.
A 3hr drive north found us arriving at the south rim of the Grand Canyon.
Theodore Roosevelt declared the canyon a national monument in 1908.
Speaking of the canyon he said:
"Let this great wonder of nature remain as it now is, You cannot improve on it.
But what you can do is keep it for your children, your children’s children,
and all who come after you,
as the one great sight which every American should see." 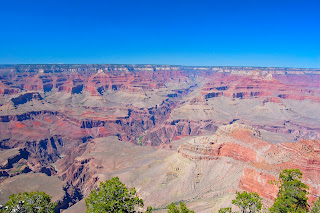 President Roosevelt was a man of balance.
While understanding that natural resources are the fuel of an economy,
he also loved the outdoors and worked at preserving them for future generations.
When he took office in 1901, the US had 5 national parks.
While in office he created:
150 National Forests
51 Federal Bird Reservations
4 National Game Preserves
5 National Parks
18 National Monuments
Plus numerous other environment initiatives.
We've visited several of his preserved areas on this trip alone. 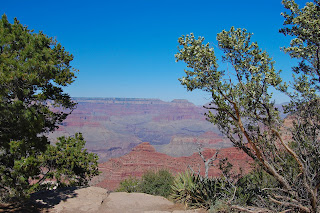 Perhaps the most important however was his creation of
The National Antiquities Act.
It is this act that gave all following Presidents the lawful authority to protect and preserve.
President Roosevelt summed it up:
"Defenders of the short-sighted men who in their greed and selfishness will, if permitted,
rob our country of half its charm by their reckless extermination of all useful and beautiful wild things sometimes seek to champion them by saying that 'the game belongs to the people.' So it does; and not merely to the people now alive, but to the unborn people. The 'greatest good for the greatest number' applies to the number within the womb of time, compared to which those now alive form but an insignificant fraction. Our duty to the whole, including the unborn generations, bids us restrain an unprincipled present-day minority from wasting the heritage of these unborn generations. The movement for the conservation of wild life and the larger movement for the conservation of all our natural resources are essentially democratic in spirit, purpose, and method."

Thank you President Roosevelt for thinking of the future generations.
Each year when I visit the National Parks and Forests of this great land, I am reminded
that there are some great things that our government does..
Some things that it does very well.
Its not all bad, or disfunction out there.
The people who run our national lands are doing a great job.
And we get to enjoy it...  tread lightly...
and pass on to future generations. 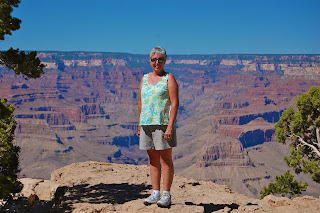