Todays weather was just what we hoped for.  Dry, sunny, & beautiful.  The temp was slightly cool at 50 degrees but with the hiking it was really perfect.
After our b-fast of Greggo McMuffins we headed out for a ranger guided tour of Cliff Palace - the largest cliff dwelling in the NW Hemisphere.  You must reserve a spot on the tour which consists of about 40 people.  A tour leaves every 1/2 hour and lasts an hour.
Here is the view from where we started the tour. 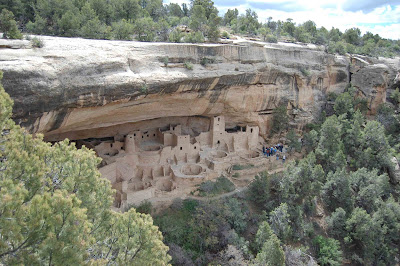 To get to the site you must descend down the cliff on narrow stairs cut into the stone and up and down ladders, along walkways.... well you get the point. 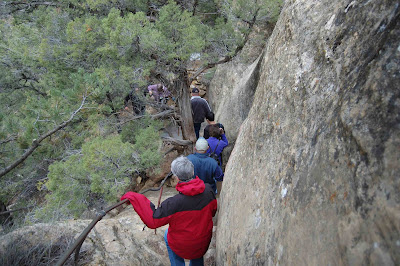 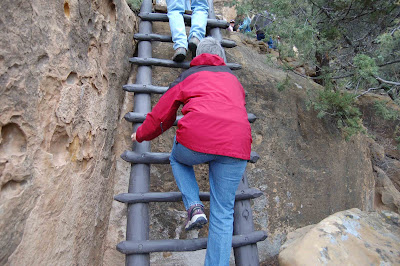 Once you get there however - the site is awesome.
You can see the tour ahead of us in the first photo below 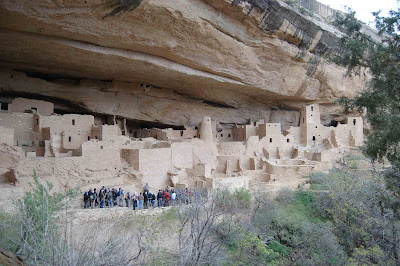 In the center of the photo you can see a couple of the round "Kivas" which are found in all Pueblo culture villages.  One might look at them as the Pueblo version of the Living room.  Part ceremonial, part family gathering.  Archeological evidence shows the Kiva was used for many purposes. 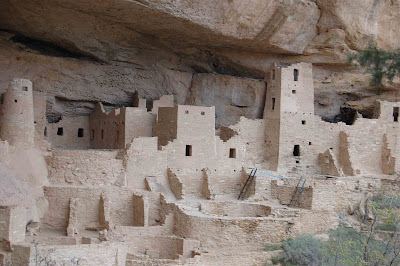 Here is a view of the canyon from the Cliff Dwellings 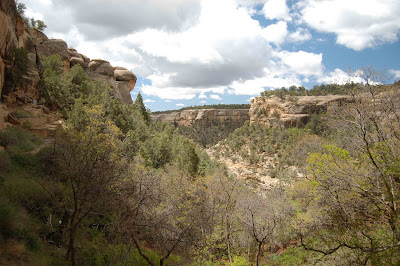 Here is a view of the cliff dwellings from the far side. 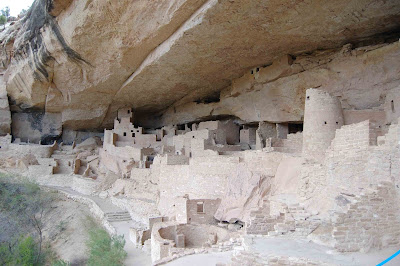 This is a painting inside one of the rooms.  It is over 800 yrs old! 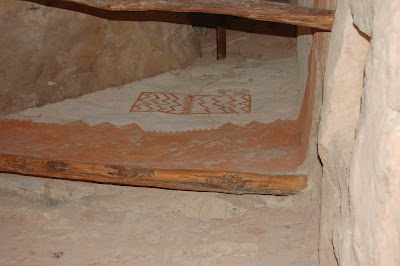 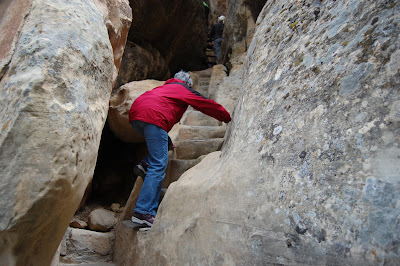 Even while climbing Kate manages to strike a "pose" 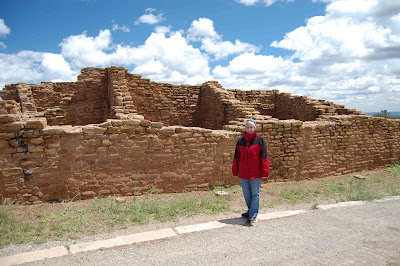 Again - note the kiva in the center of the photo. 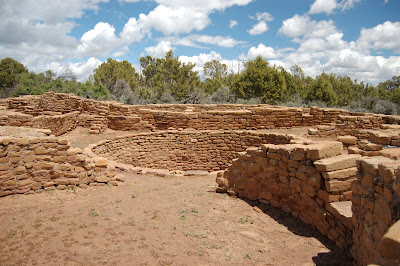 Finally it was once again time to head back to camp.
First we stopped once again at Park Point - the highest point in Mesa Verde.  Today being clearer we figured the view would be better than yesterday and we were not disappointed. 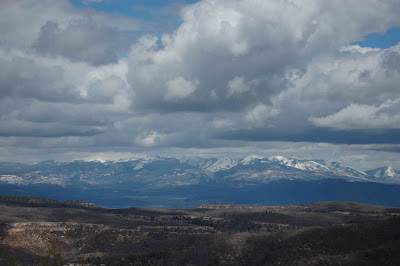 And of course - todays self portrait. 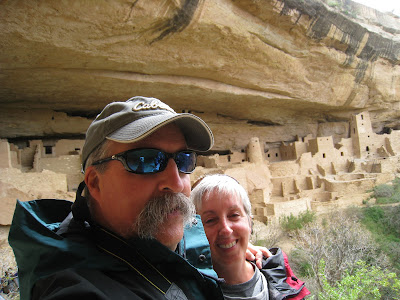 Tomorrow we pack up camp and drive 3hrs to Dead Horse Point State Park outside of Moab, Ut.
From our base there we will spend 2 days exploring Arches & Canyonlands National Parks.
Right now however.....   It's Cocktail Hour!!
See ya
Posted by GregK at 5:37 PM