On the way to the Bighorns, we passed a section in Yellowstone where there was a forest fire and the air was quite smokey and hazy. The haze lasted for over 100 miles. 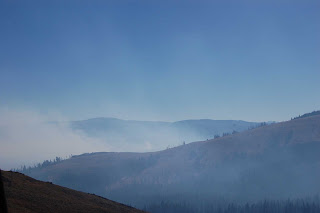 After leaving the park we traveled US 212 to the Chief Joseph Scenic Highway, then southwest thru Cody Wyoming and eventually up into the Bighorns thru Shell Canyon.  Seen here 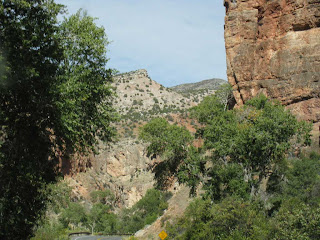 Our route today as well as yesterday thru Yellowstone, followed the route that Chief Joseph, several hundred Nez Perce indians, and over 2000 horses took trying to escape to Canada after seriously defeating some US Army units months earlier.


Some photos taken along the Chief Joseph Highway 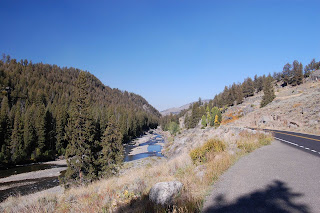 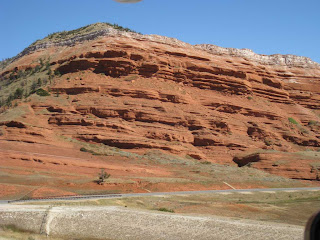 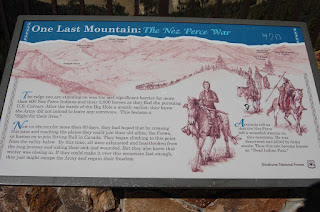 This particular band of Nez Perce led by Chief Joseph refused to accept the theft of their ancestral homelands and forced relocation to the reservation, and tried to either hook up with their allies the Crow in Wyoming or to escape to Canada and possibly unite with Sitting Bull.   They were however relentlessly pursued by the Army, defeated and forced to surrender.  Before this surrender, the Nez Perce fought a cunning strategic retreat toward refuge in Canada from about 2,000 soldiers. This surrender, after fighting 13 battles and going about 1,700 miles toward Canada, marked the last great battle between the U.S. government and an Indian nation.


After surrendering, Chief Joseph stated his famous quote: "Hear me, my chiefs, I am tired. My heart is sick and sad. From where the sun now stands, I will fight no more forever."
Posted by GregK at 5:05 PM