We are now in Napa, California.
A beautiful area.

On Sunday we went for an afternoon drive thru the beautiful countryside.

Making a large loop I planned a side trip to visit Coffey Park in Santa Rosa,
a subdivision that was hard hit in the wildfires that hit this area in early October.

I had planned on doing a post on our whole days visitations, but after seeing
Coffey Park, it would be hard to sensitively combine that with anything else.

I knew that the fires were bad but nothing can prepare you for seeing the real thing. 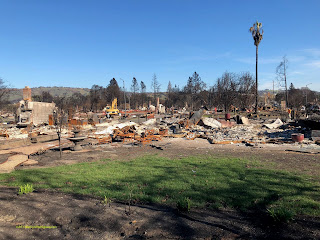 The fire that roared thru here in the wee pre-dawn hours of Oct 9 arrived with
very little warning. 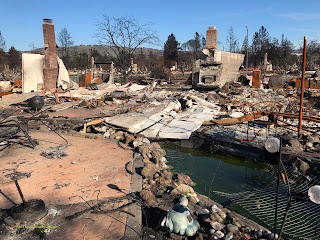 People went to bed - most not realizing that 15 miles away a small fire had started in the
mountains to the east and was growing by the second, racing towards them,
propelled by hurricane force winds, burning everything in its path. 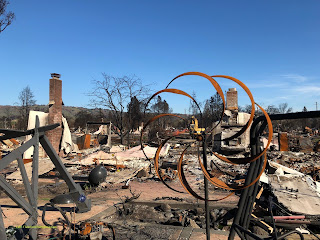 While here we talked to some residents and heard their story.
Later I read more accounts of people leaping from their beds and escaping from their
homes surrounded by flames, leaving all behind.

One survivor described being pelted by flying balls of burning melted tar from roof shingles.
Cars and barbecue propane tanks exploding all around.

Think of how things fly thru the air in a hurricane....
Then picture all of those things burning as they fly at you. 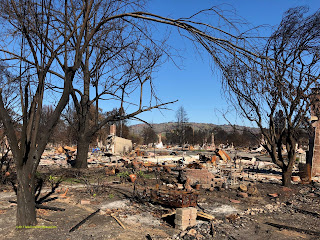 Most had only minutes of warning before the fire descended upon them.
Many did not make it out in time. 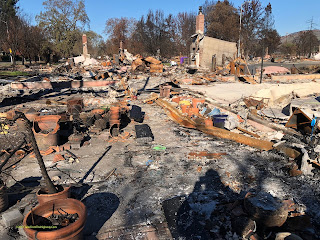 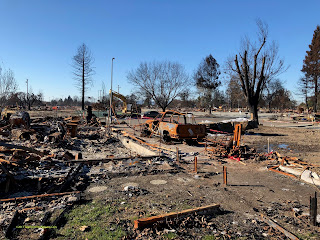 The  photo below is a google street view of what was the picture above. 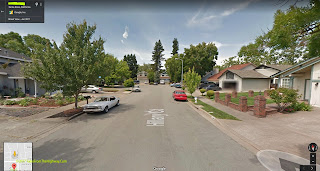 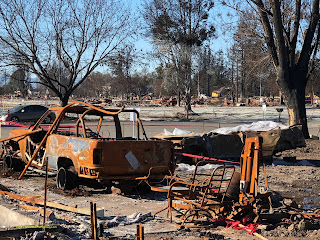 Some vehicles were upside down.   It was explained to me that when some blew up,
that they actually were blown into the air and landed upside down.

An NBC arial photo of the devastation.

Google has updated the arial imagery.
I've circled the Coffee Park area, which is just a small part of the larger "Tubbs" Fire.

#1 on the Map is where all of my photos above were taken. 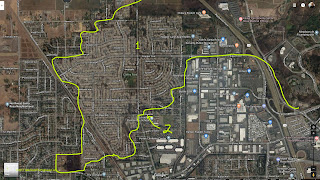 A Skateboarder took before and after photos of the neighborhood.

The house on the right is untouched yet to the left and for miles behind him is devastation. 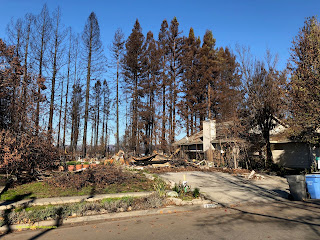 Over 1,000 homes in this neighborhood alone were destroyed.
Over 5,000 homes were lost and over 20 people lost their lives.

The people that we talked to and the stories that I read all had the familiar theme:
They expected fires up in the mountains and in forested areas....
but not in the center of town.

Some lots are now for sale.
Some will return and rebuild....  for some it's too painful.