Its been a while since we checked in so I wanted to
make a short post to bring you up to date as we have
finally moved on this morning and are back on a roll....

Most of the folks from the lower 48 have gone and our neighbors are now locals
in search of Salmon.

The Silver Salmon run started a few weeks ago and its been a real hoot.
All of a sudden - everywhere you would look in the bay - fish were jumping
into the air.   24/7

Upon closer inspection we'd see that they were being chased by Dolphins and
other Marine Mammals. 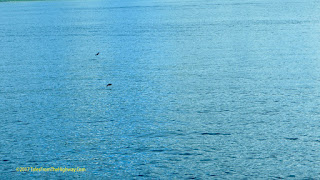 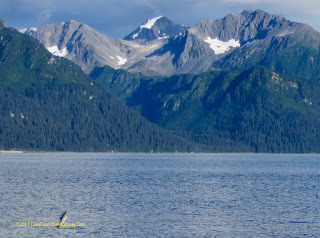 It's been a non-stop show for the past couple of weeks but finally the imminent
winter tells us its time to move on.

We learned a new phrase.....
"Termination Dust"
Its the first light snow that coats the mountains and signals the impending end
of summer.

They uttered that phrase on the local news about a week or so ago.

We'll Termination Dust has arrived and its time for us to move on.

Kate does not want us to turn into the Donner Party of 2017.

We are now headed to the Yukon in search of fall color.
We left Seward this morning and are spending a couple of nights along
the Glenn Highway above Matanuska Glacier.

Already the tundra shows the colors of fall....

More to come in a few days.