The loneliest highway in America

Travelers headed east from the Reno - Tahoe - Truckee area have a couple of
options as to which way that they will go....

The road most traveled is Interstate 80.
As a matter of fact, most GPS's and mapping programs will likely send you down
that long boring stretch of interstate.

Another option however - and one that I have taken many times is
US 50 thru Nevada and Utah, where it eventually will join with
Interstate 70 headed east.

The map below shows the path that we took from Donner Memorial
State Park in Truckee, Ca to the Glenwood Springs, Colorado Area.

US 50 was named the Loneliest Highway in America in 1966
by Life Magazine.

It received this distinction due to the long long stretches of road without
any towns or services of any kind.   As a matter of fact, in the stretch between Fallon NV
and Delta, Utah - about 400 miles - there is only one real town of any size. (Ely, NV)

There are two others that have gas stations - so perhaps 3 towns in 400 miles.

What it lacks in services however it pays back in beauty and solitude.
We were making miles while driving US 50 so most of our pictures are shot thru
the windshield but you can get an idea.

We said good bye to Donner Memorial State Park.
This was the view behind our campsite. 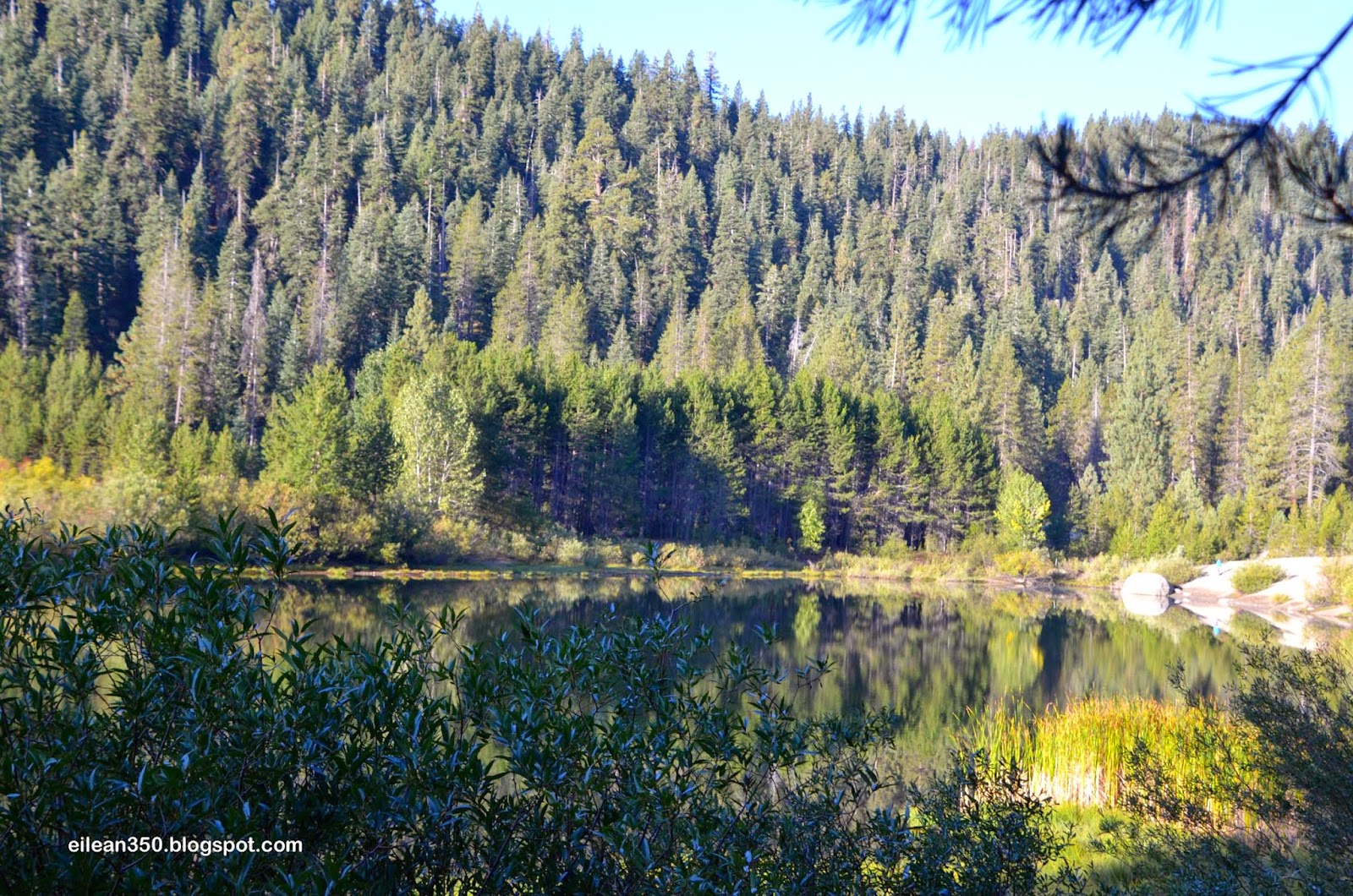 We descend into the Nevada Desert and pick up US 50
near Fallon, NV, which is incidentally the home of the
US Navy Top Gun School. 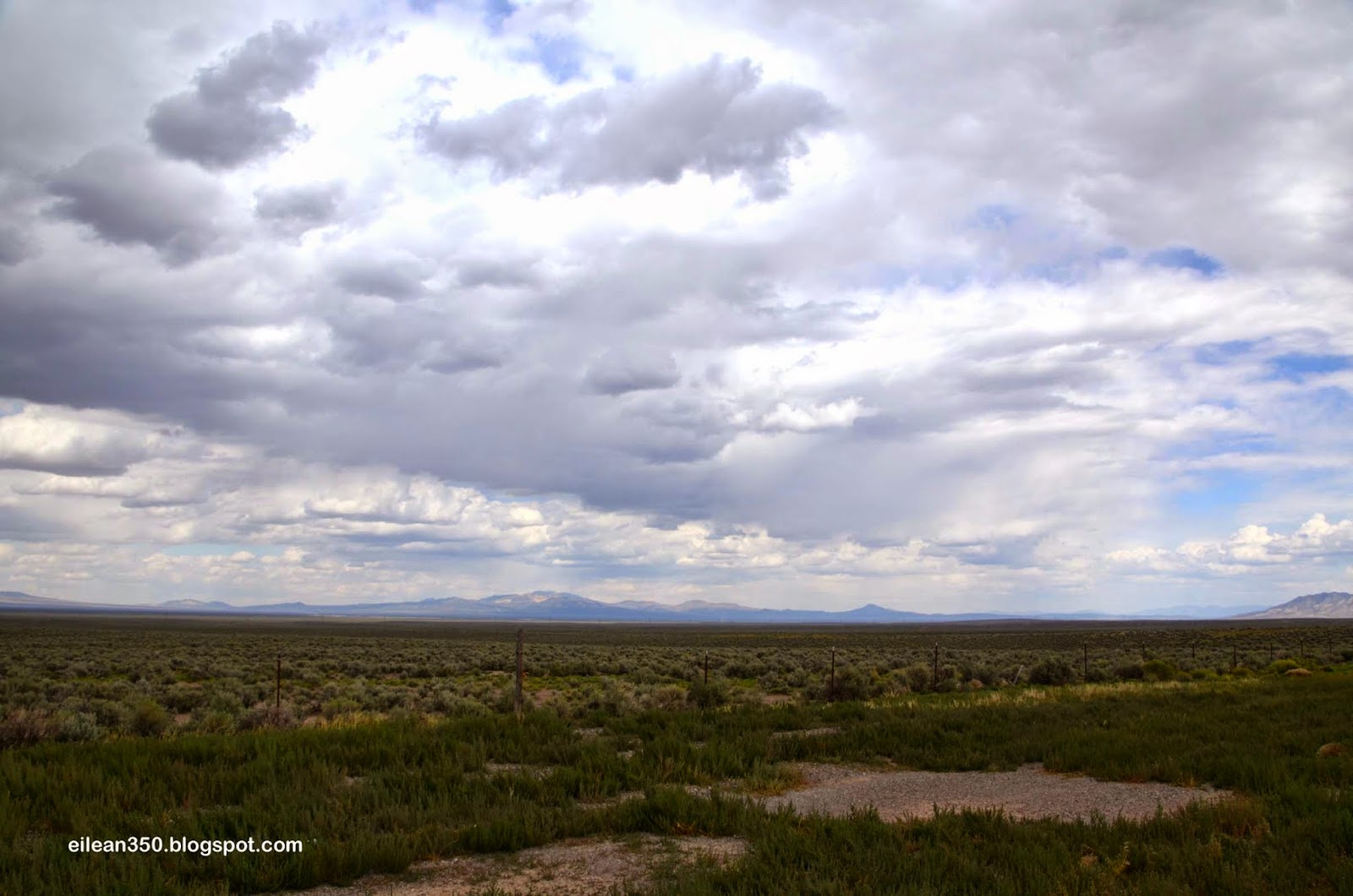 The is the "Basin and Range" Country.
Numerous Mountain Ranges that run north to south, with big valleys
in between. 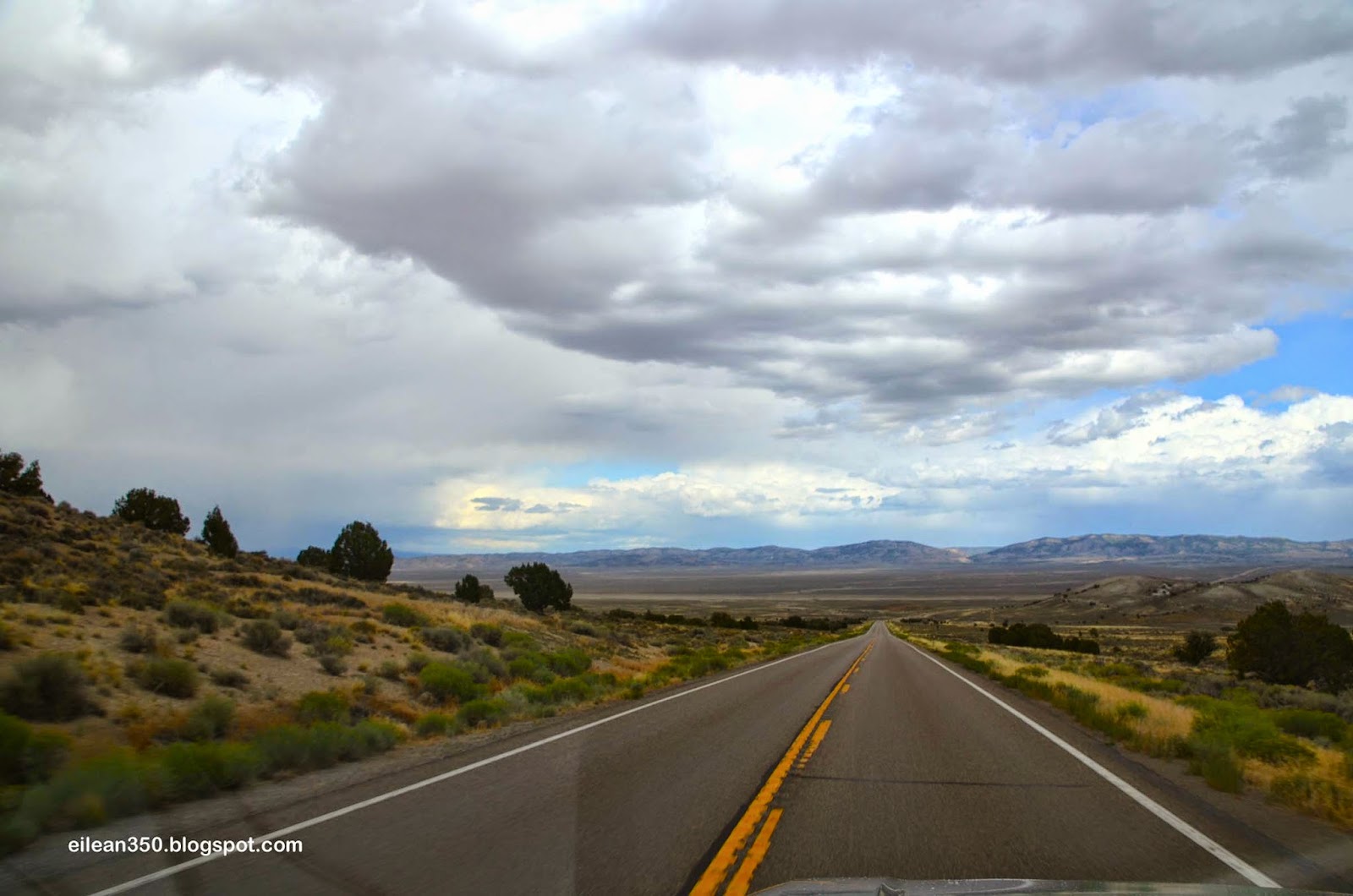 Some stretches you can see the road running straight ahead for 15 miles or so.
It's wide open beautiful country.

We spent the night in Ely.
It was thunder storming and we didn't get any photos that night. 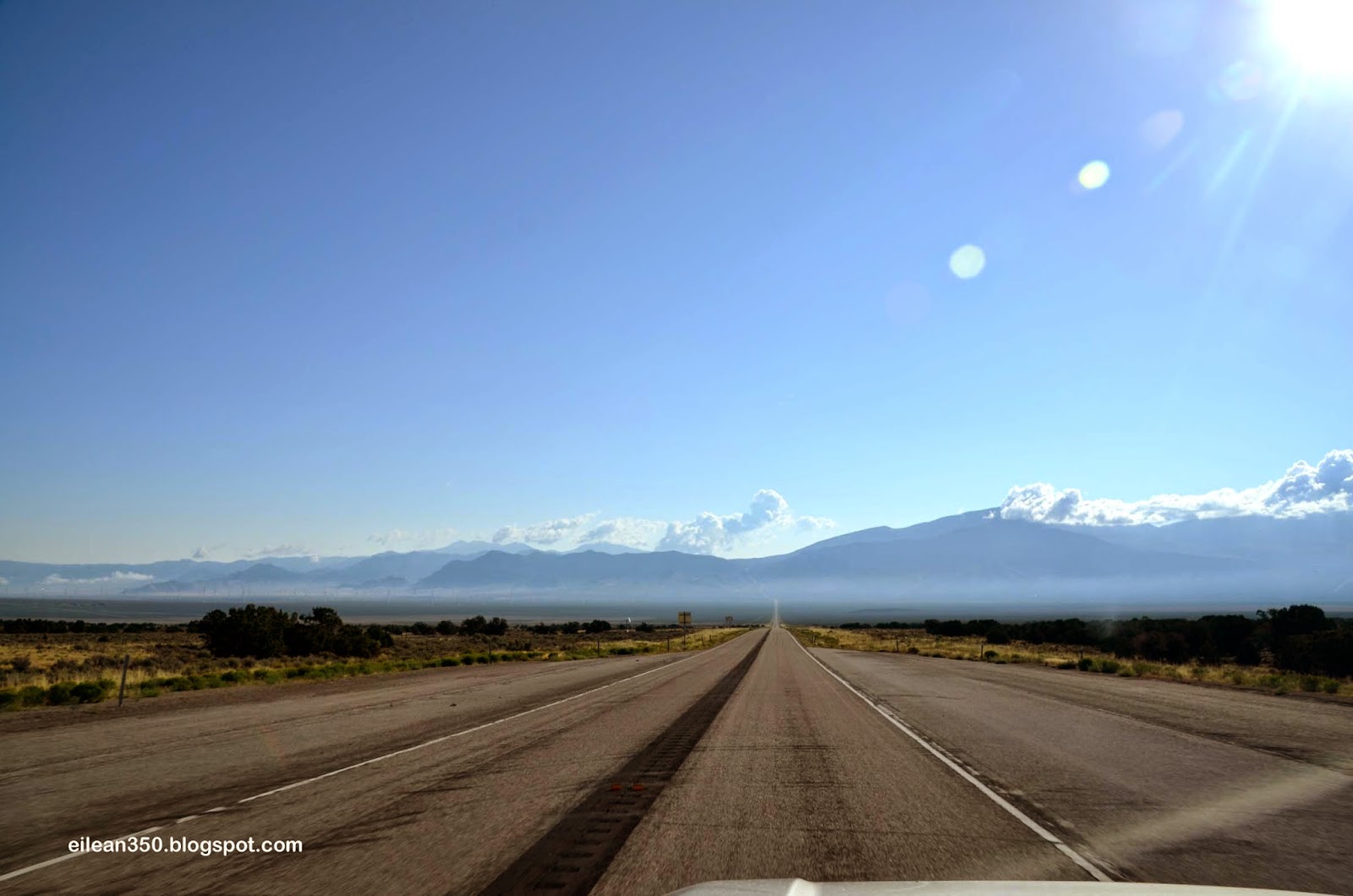 The next morning we hit the road again headed east.
Leaving Nevada behind and entering Utah.

When you hit Interstate 70 in Utah you get to run what I think is
one of the prettiest stretches of Interstate to be found...
The stretch between Salina and Green River.
This stretch is one of the few interstates to be designated a scenic byway. 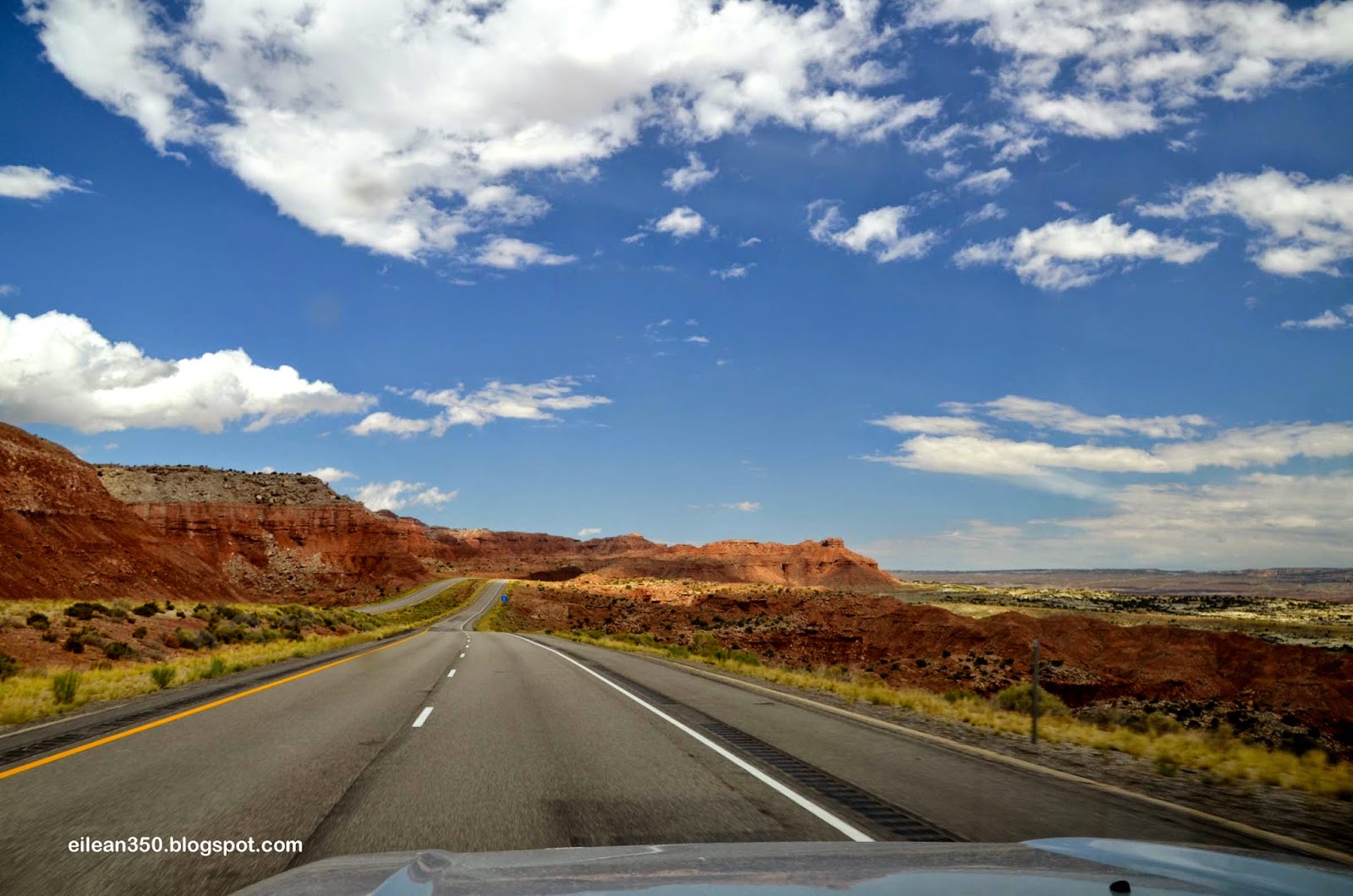 Seems like the scenery changes about every 20 miles on this run.
This is looking back towards where we came from.  You can see the ribbon
of I70 in the center foreground. 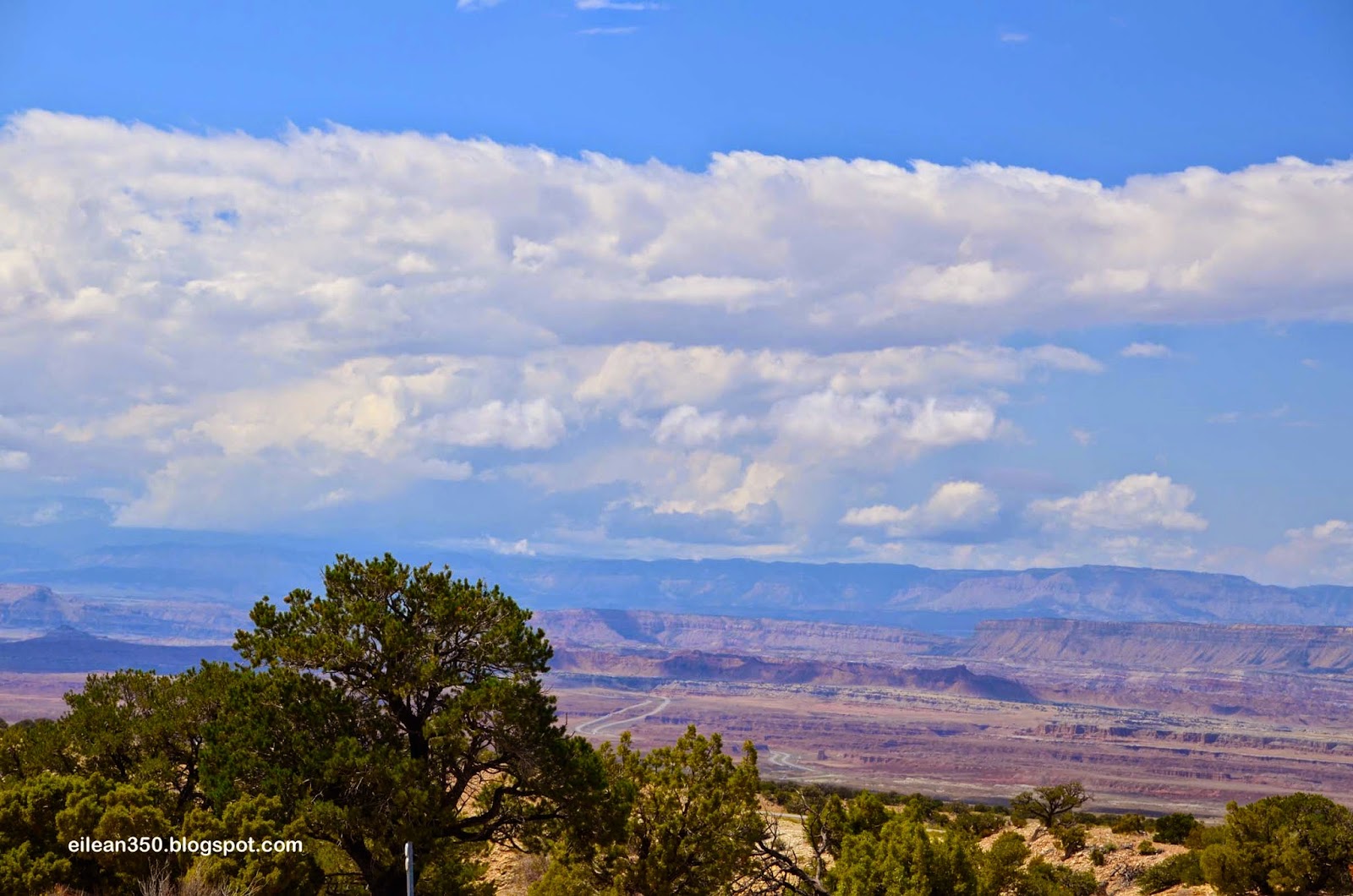 Here the highway descends from the San Rafael Swell.
The route down this canyon has been called one of the most significant
highway engineering feats of its time.

At points the canyon walls were close enough for one person to reach across and
touch both walls before the highway was built.

The walls of the canyon contain one of the largest know collections of
Jurassic Dinosaur remains. 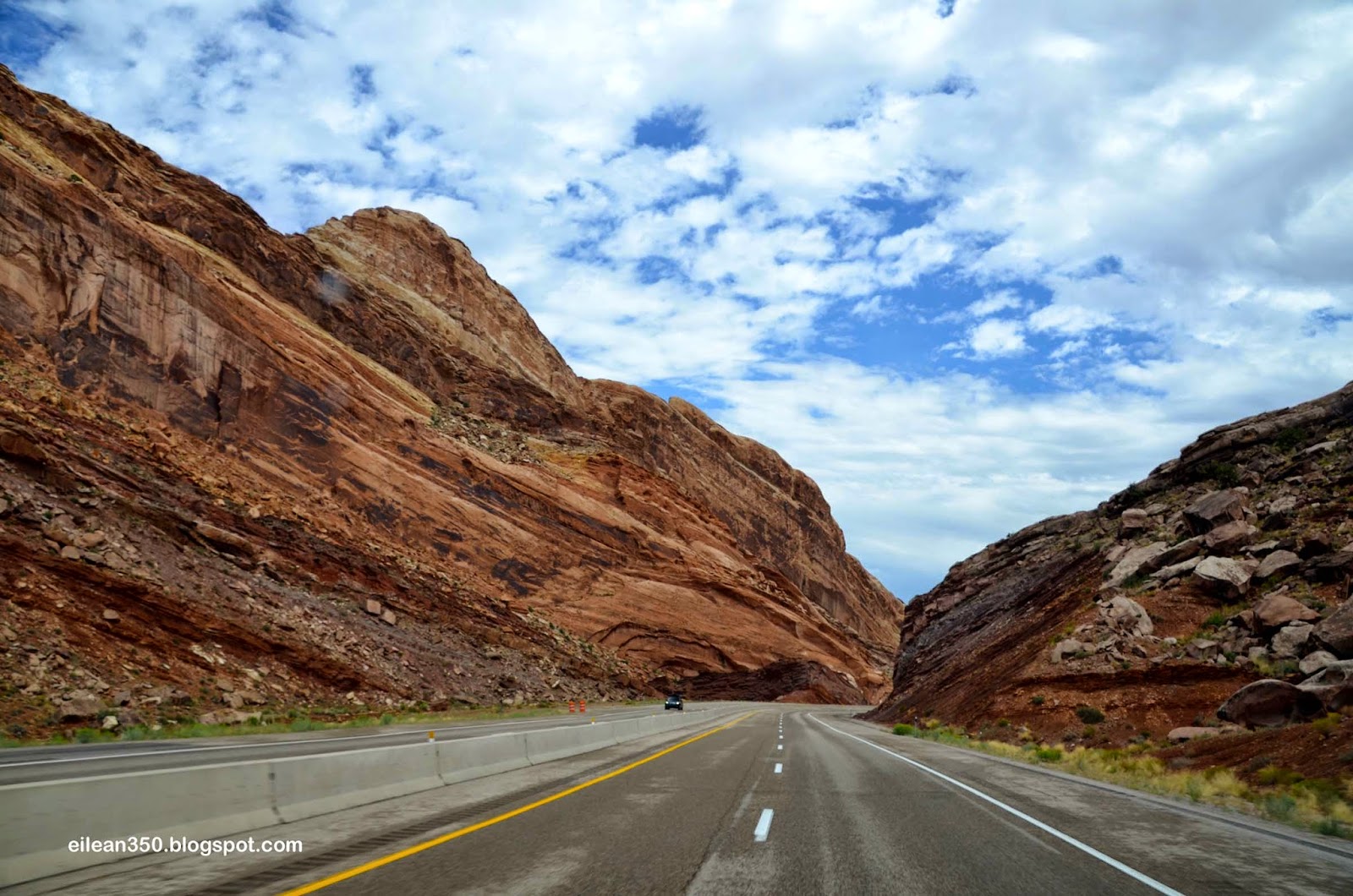 Further down you finally cross into Colorado and eventually
enter the beautiful Glenwood Canyon.
The roadway in this section was not even complete back in my days
as a trucker.   It was still a two-lane thru the canyon. 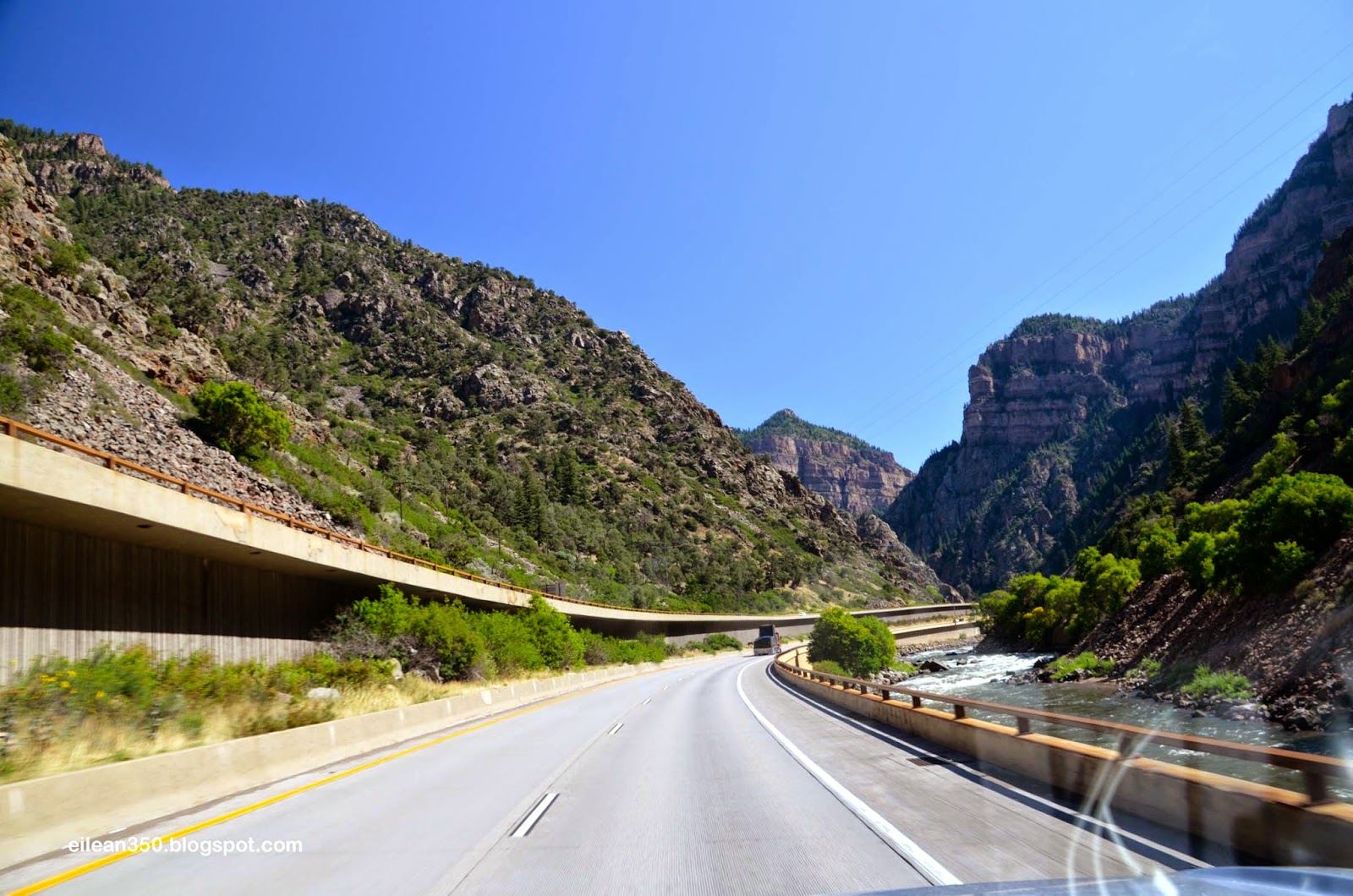 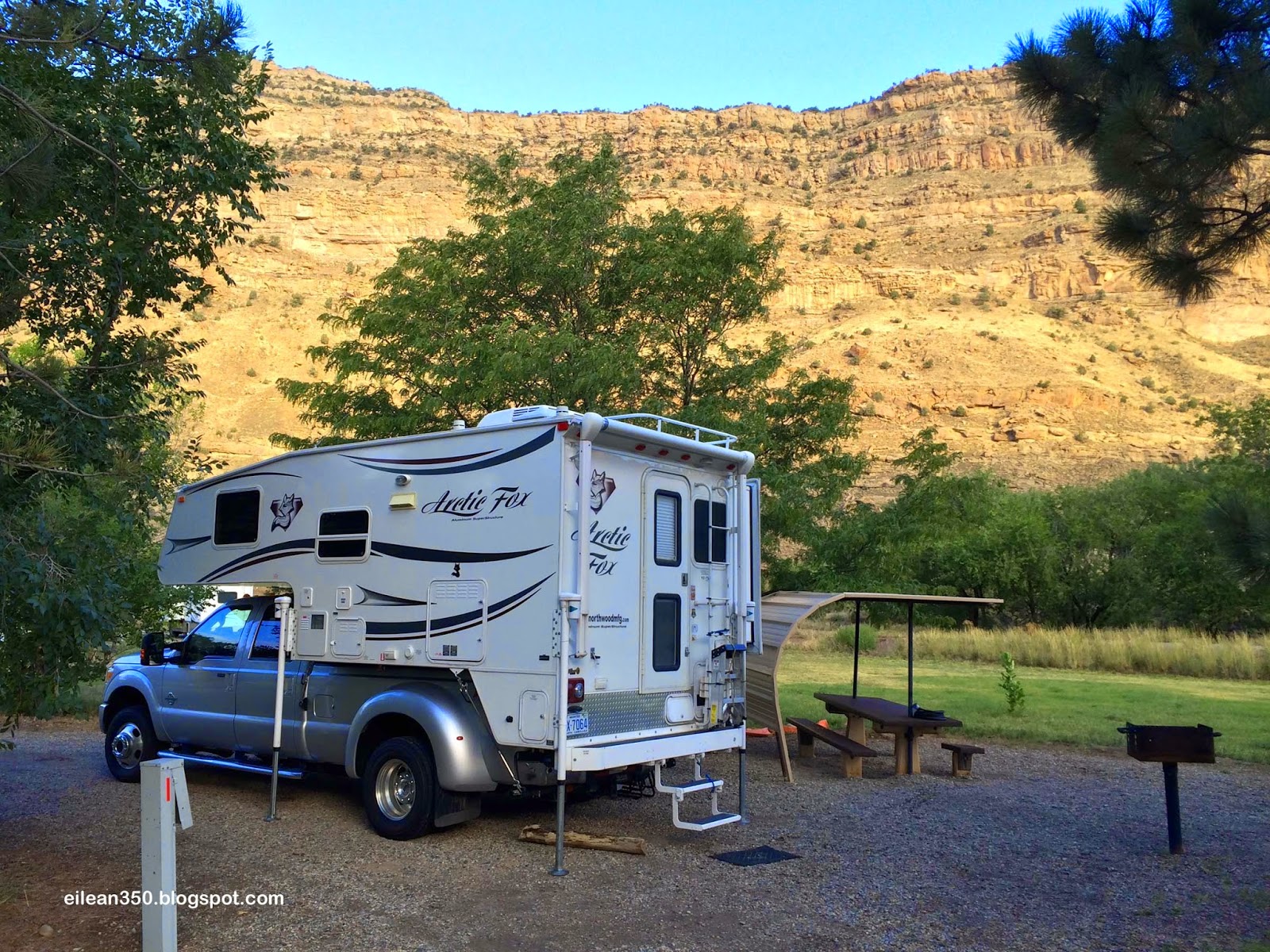 The shot below gives you an idea of some of the tools that I have at my disposal.
On the lower right I have Satellite Weather Radar.
I get real time radar (the mode shown)  or actual real-time weather maps.

These come in very useful when making runs in marginal or winter conditions.
On this trip I've used the maps to change my route and avoid some real serious weather. 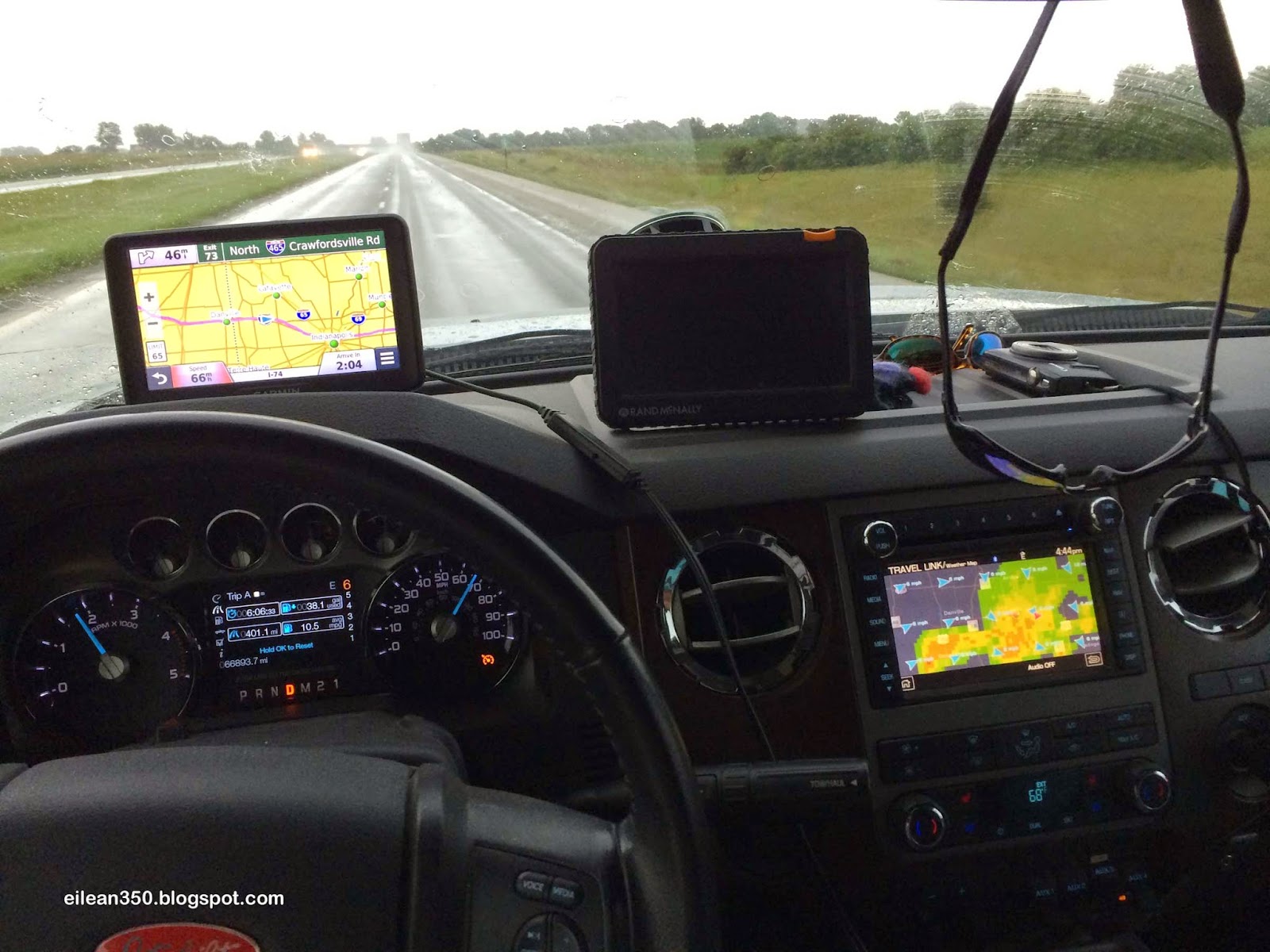 Last night we had the most amazing night.
About 3 am we awoke to thunder and lightening.
There were actually several flashes of lightening per second, and this lasted
for almost 3 hours.   I have never experienced such a concentrated and long
lasting series of storms such as this.   All during this time the rain came pouring down.

I got up and checked for any warnings to make sure there were no tornados headed
our way.

Meanwhile the poor Doodles were not happy about the Booming of the Thunder.
Especially Gracie who really does not like it at all.