It is now Weds - we've been here in West Glacier since Sunday.

Our first two days were cool and rainy - great weather for staying cozy inside
and getting a lot of work done.

Yesterday Ron & Maxine arrived in the big Party Bus so we started to
test out our Alaska evening strategy:
Happy Hour and Dinner...
It worked well.

So today we took a short drive into Glacier National Park.
It is early in the season and much of the lodges are not yet open,
nor is the snow cleared from Going to the Sun Road but it was delightfully
free of crowds.   It was like we had our own private park for much of the day.

The views of Lake MacDonald. 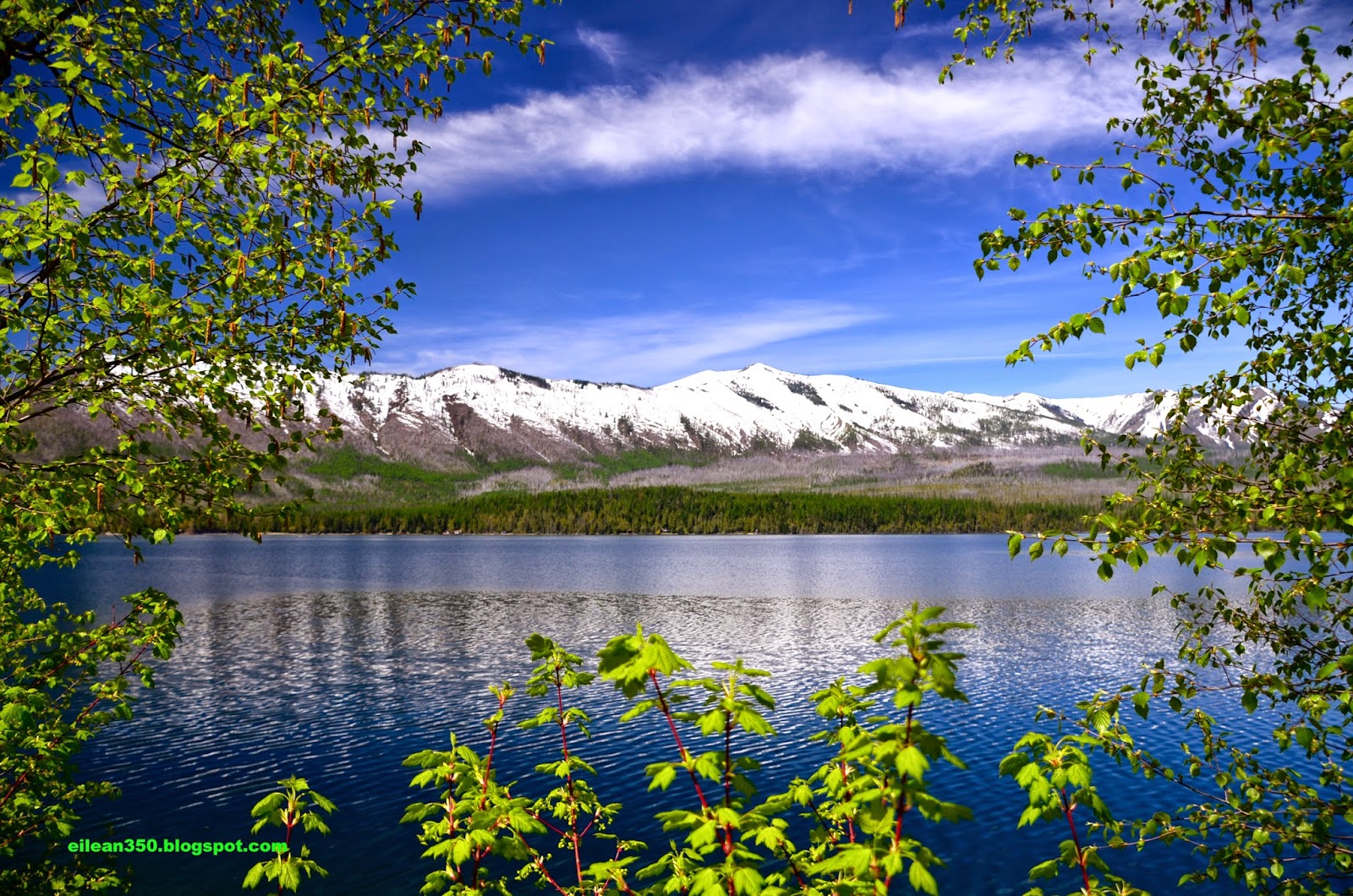 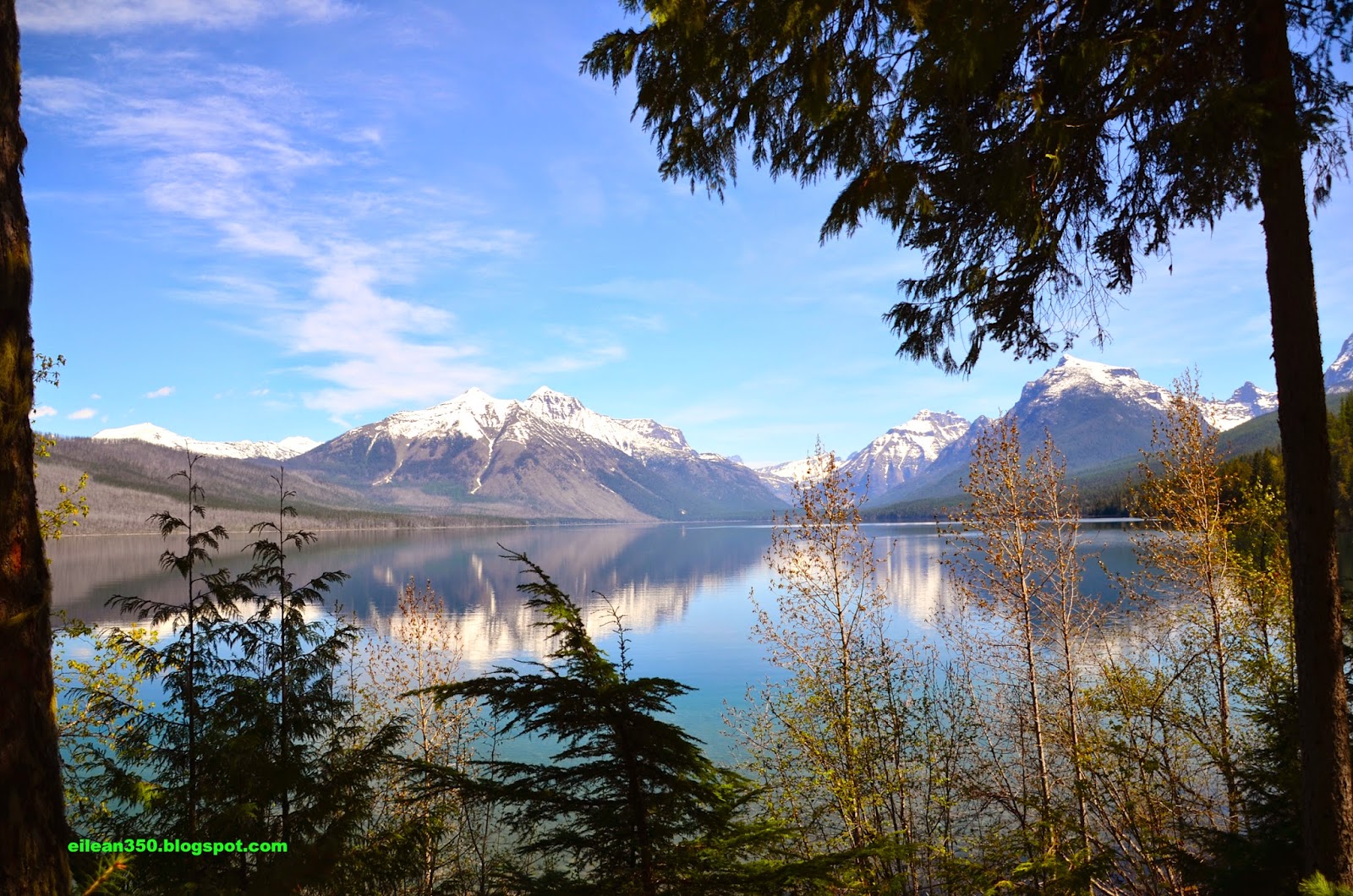 Upstream of Lake MacDonald, MacDonald Creek tumbles over rocks
as the snowmelt rushes downstream.
The streams are all quite high right now as the snowmelt
reaches peak. 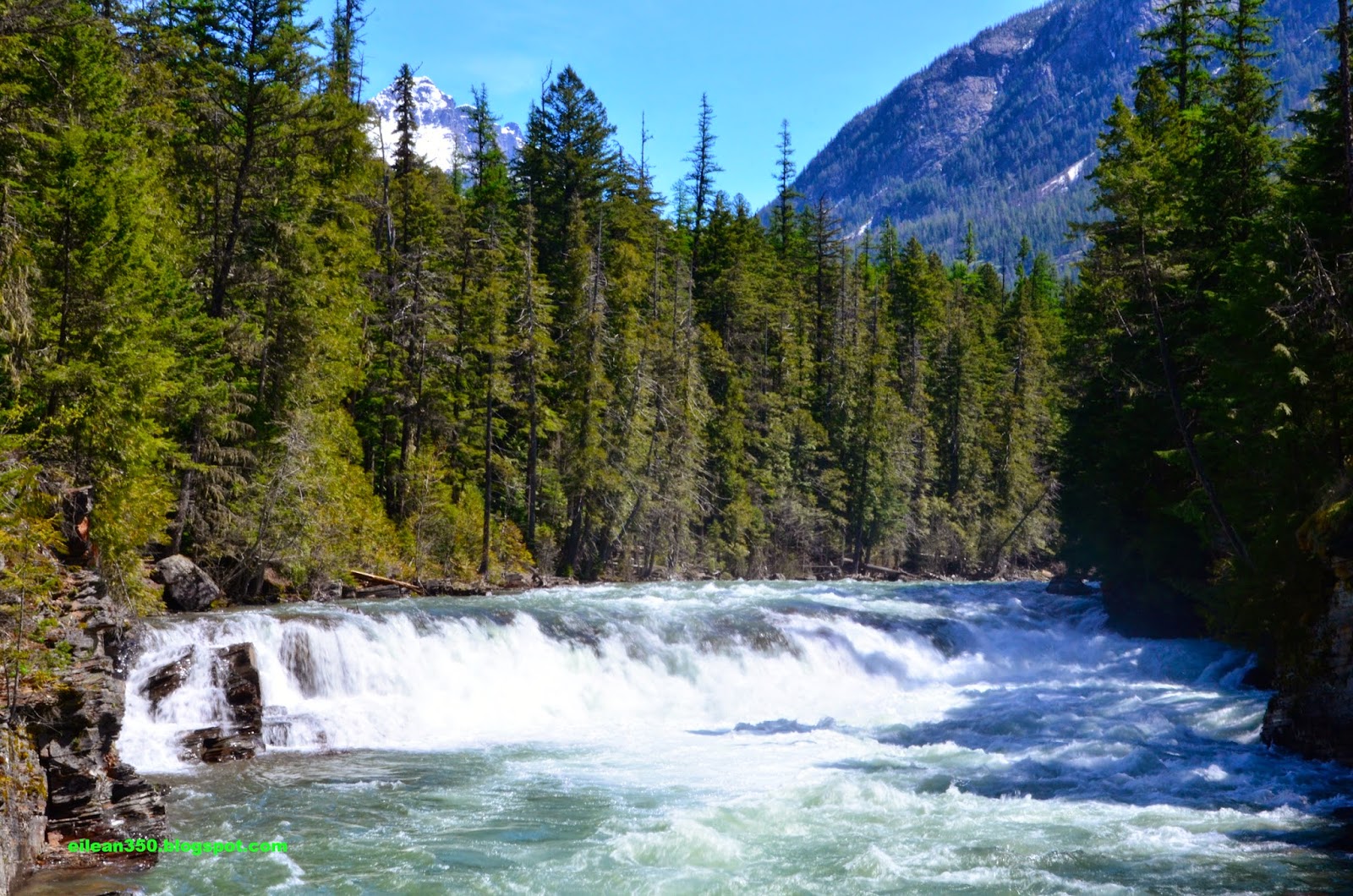 The four of us. 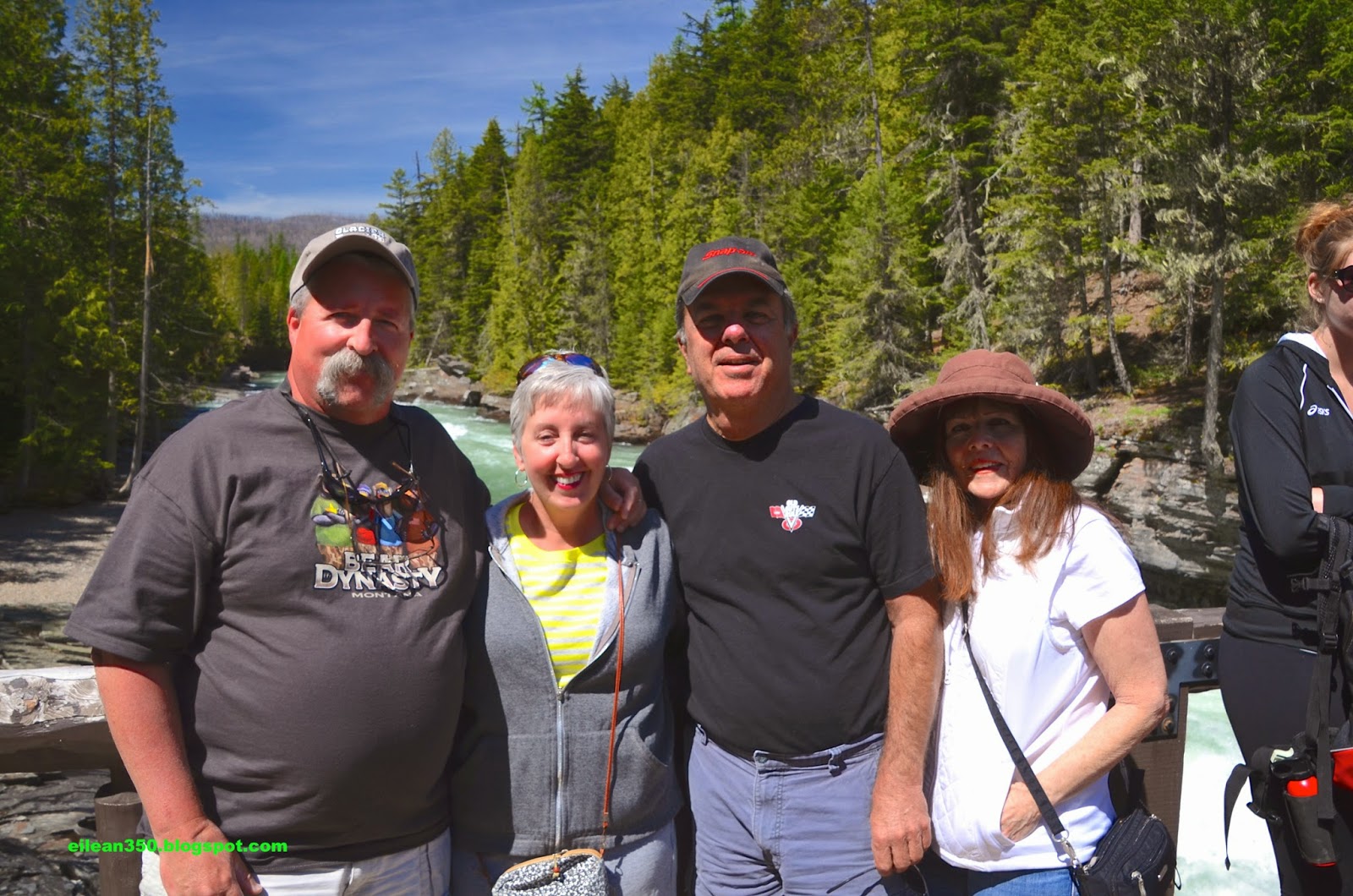 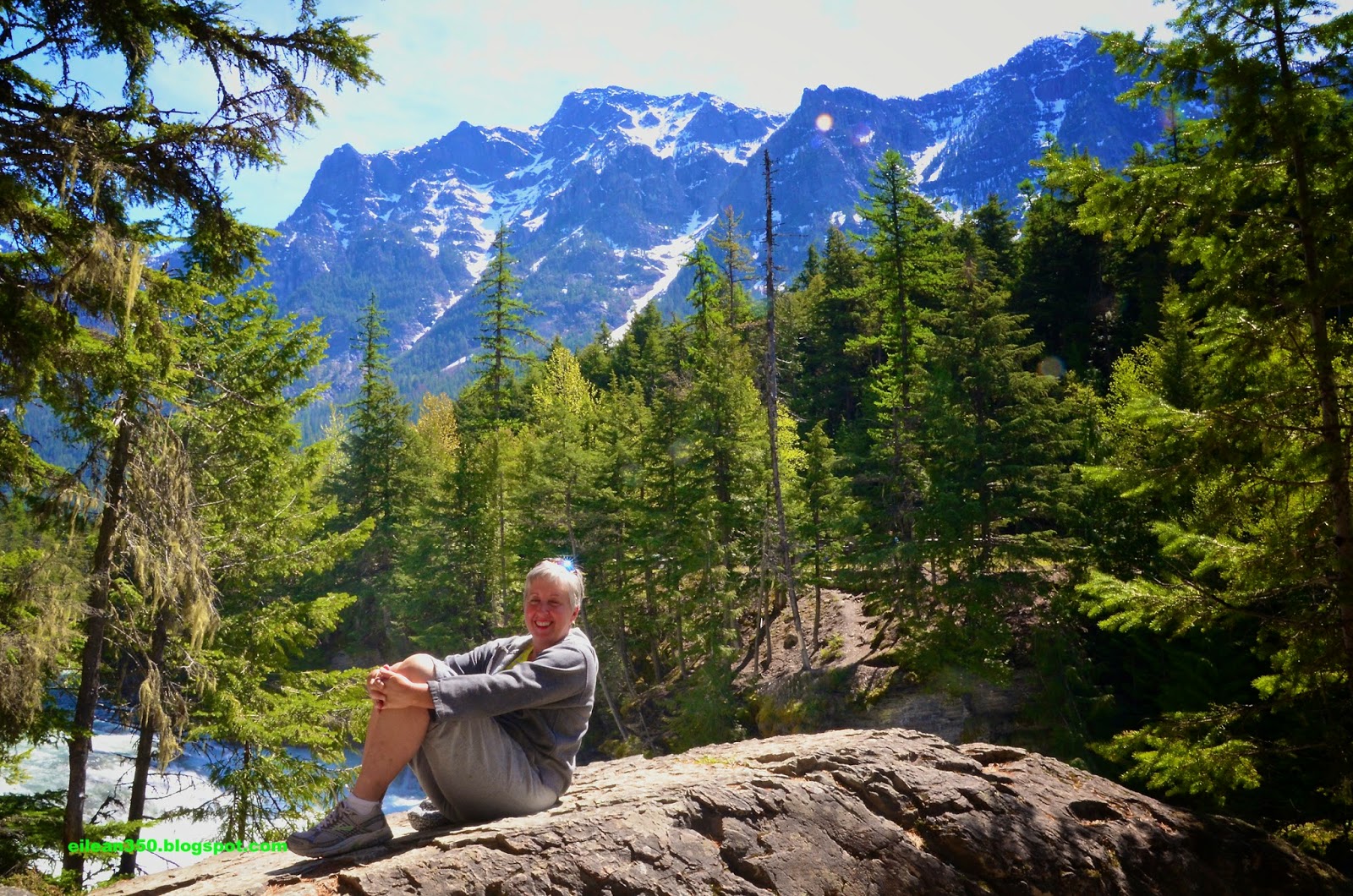 Another view of MacDonald Creek. 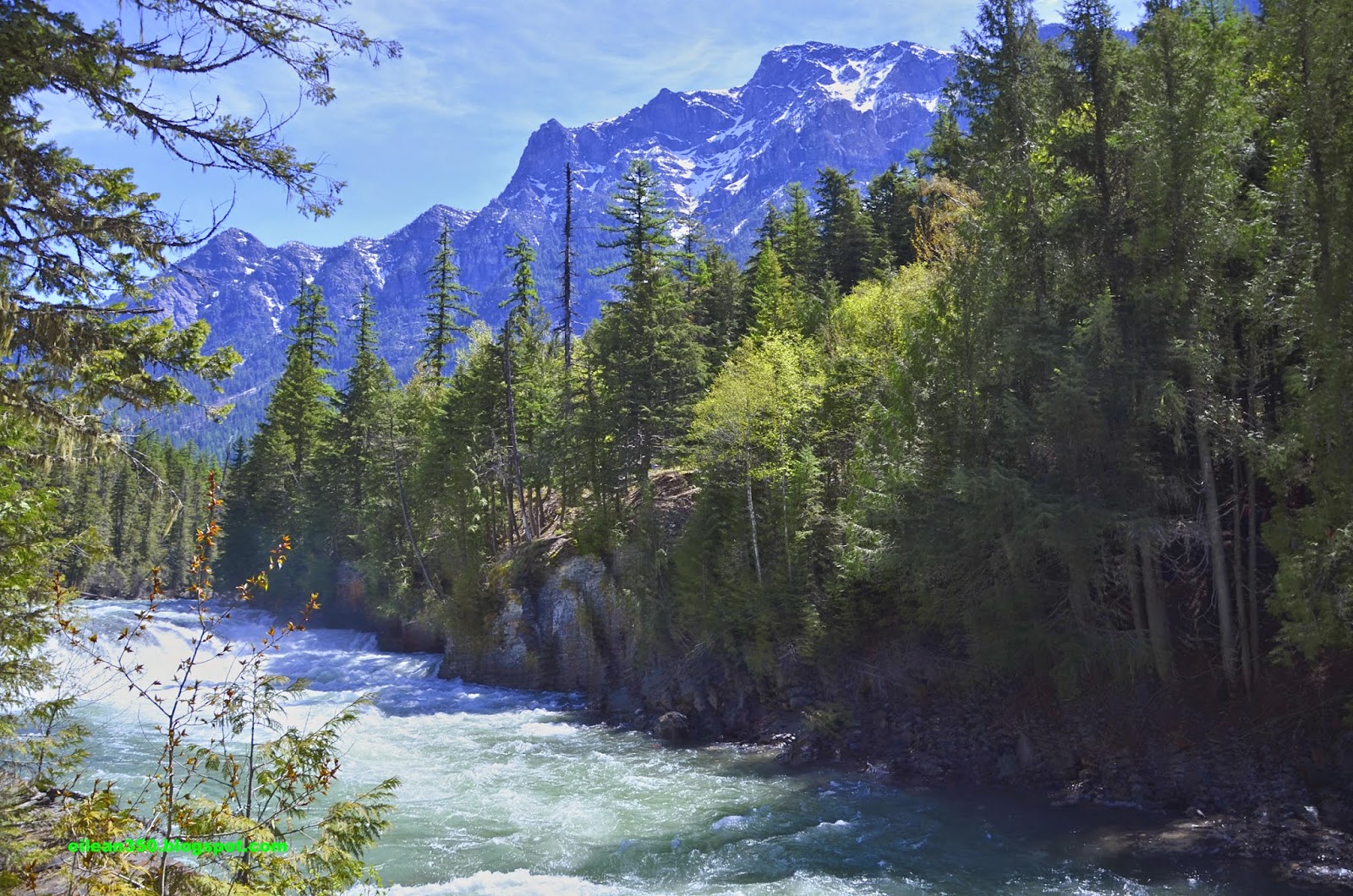 Back down at the outlet end of Lake MacDonald in Apgar Village.
The snow on the distant mountains is destined for the lake. 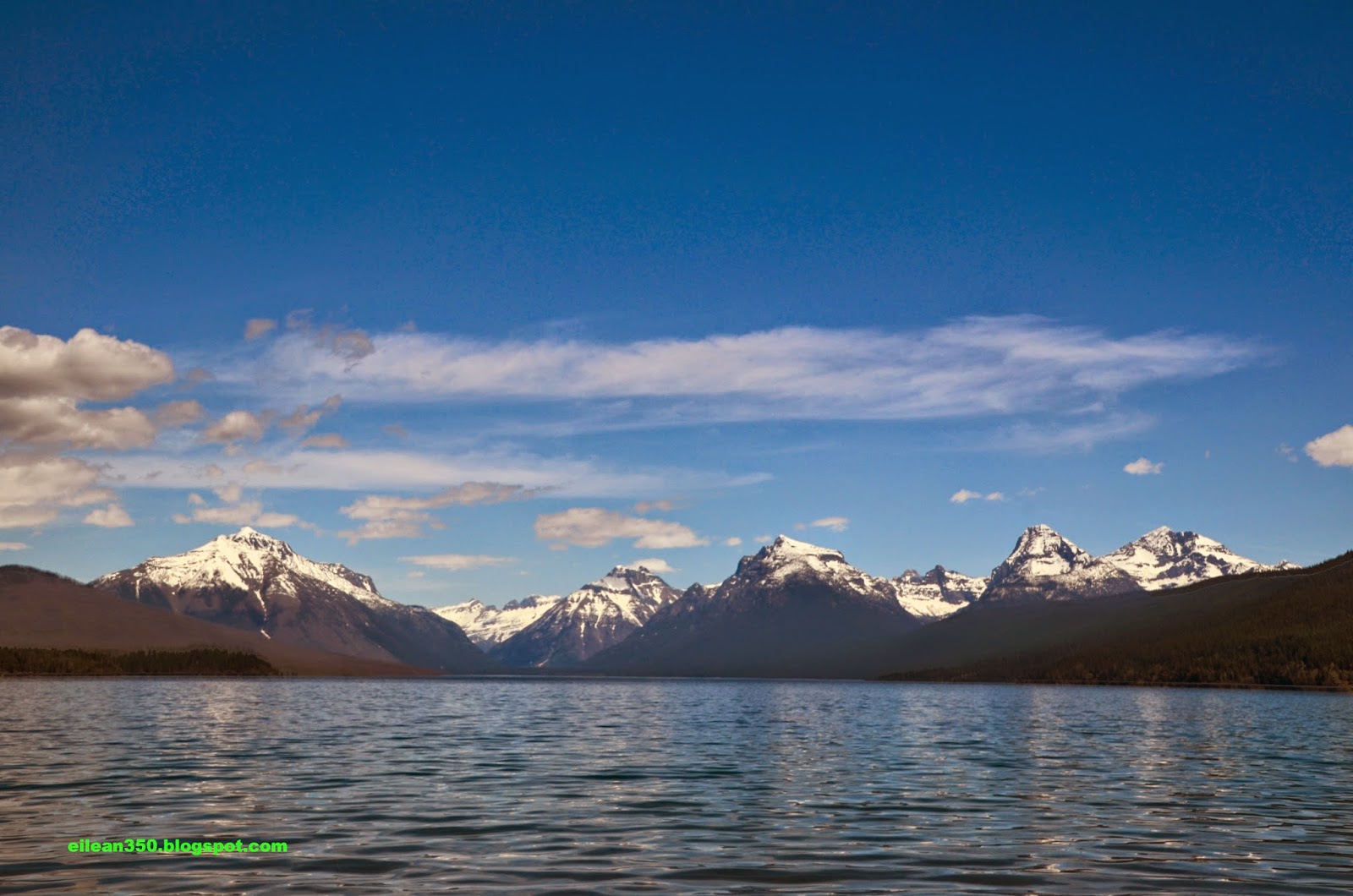 While in the Park we did some hunting and Kate managed to
bag this beautiful 8 pointer. 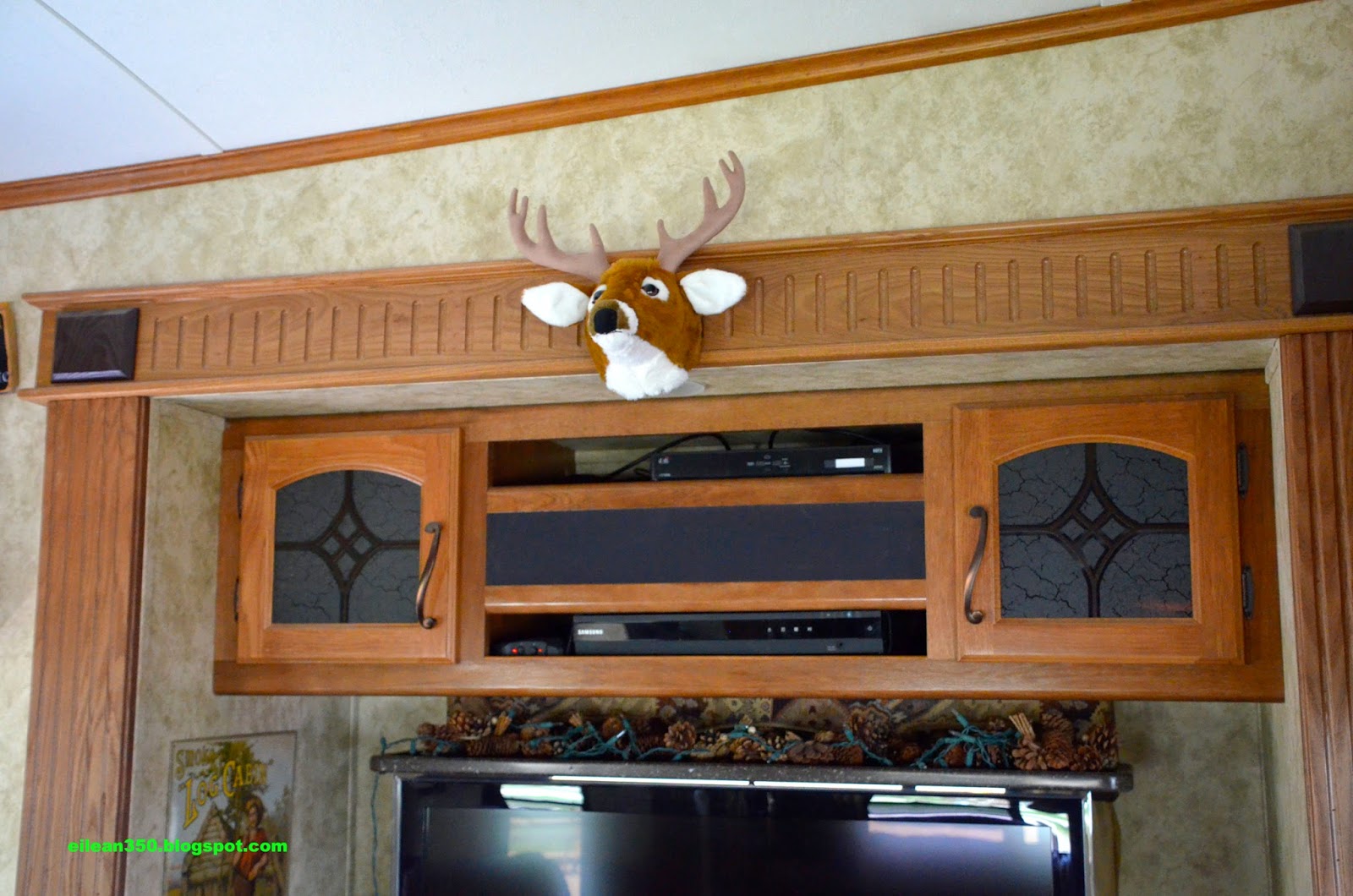 (She also bagged a black bear)

Arriving back at camp - we discovered that John and his buddy
Dave have arrived so our little traveling group is now assembled.

John/Dave on the left.
Ron & Maxine in the middle.
Kate and I on the right. 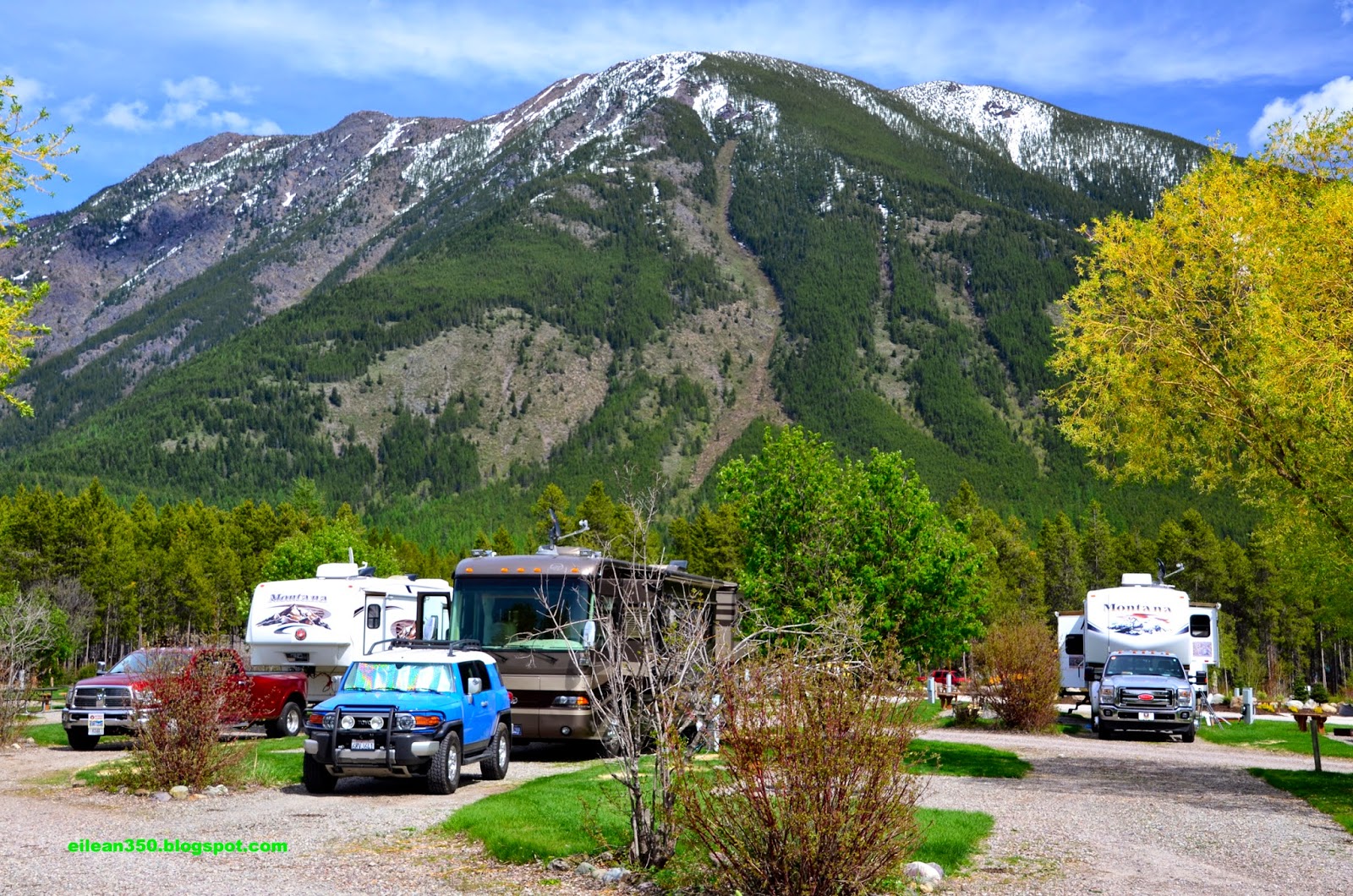 Saturday we'll cross the border into British Columbia, visit Banff and Jasper
National Parks and begin working our way north to Dawson City
and the start of the Alaska Highway.

Meanwhile - our Map is currently not updated because my iPhone reports our position
to the map and my iPhone fried itself yesterday and became a "brick".
It was covered under warranty by Apple so a new one should be here tomorrow.

I should have the map updating by tomorrow night or sooner if i set up my iPad
to do it as well.