The blog has been silent for a while and I guess that I should explain
as several folks have emailed me and said  WTF?

Kate & I did not enjoy that rally at all.

I had asked the factory rep who led our tour if it was ok to take some photos
for the blog and he said "sure - take as many as you like".

So I did.
Then I put a link to the blog on the MOC forum...
That started the whole mess.
It was deleted by the censors that night.

It turned out that someone tattled on me.

Then when someone asked where the post went, I replied that it was deleted,
and questioned why it was and that
ignited a mini drama firestorm of folks who portrayed me as a
corporate spy, rule breaker...
others who said I was owed an apology etc.

When the rule was supposedly announced at one of the functions I was being a
good little soldier selling raffle tickets...
Everyone was taking over the endless announcements and it was impossible
to hear anything in the big tent anyway.

They had asked first-time attendees to step up and volunteer to help operate the
rally so that's what we did.   Big mistake.
Like I say - no good deed in life goes unpunished.

We spent all of our time at all of the functions working - selling tickets,
holding raffles, when instead we could have been hanging out with some
folks that we knew from Quartzite and just having a good time.

I had people coming up to me during the functions explaining the rules to me,
others apologizing...

I've seen others on the MOC get it even worse.
Especially if they complain about something.

Goshen was for us a whole different "vibe" than Quartzsite
which is an "unofficial" rally.
Quartzsite was a blast.

Well more than enough said about that...   Sorry didn't mean to be so dark.

Much good did come out of our time there.

We met a few new friends that we'll see in Quartzsite.
Dave & Linda just back from Alaska are two.

Kates BFF Mary was able to come for a few days and visit with us.
That was a special treat. 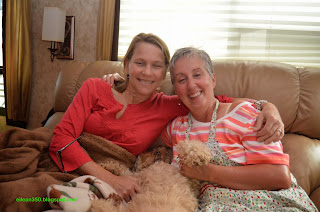 Kristy and Kate got in a tiny bit of Crafts Time... 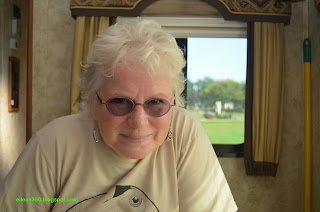 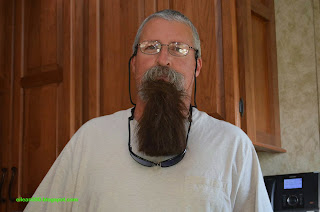 We finally got out of Goshen today and have landed in a nice
State Park in Ohio on the shore of Lake Erie.
Maumee Bay State Park.

We'll hang here for a while waiting for Jim & Kristi to catch up
and in the meanwhile recuperate and lick our wounds. 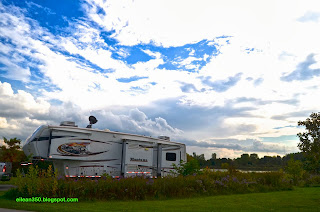 It is quiet, we have a pond out back and the fall colors are starting to
paint the landscape with the special tones of the season.

I installed a new satellite dish on the roof of the RV while in Goshen
You can see it in the photo above.
It helps me to keep in touch with the mother ship.
Nanu Nanu.

Our side yard.
We call it "The Recovery Room" 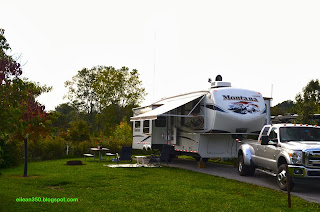 The view out back. 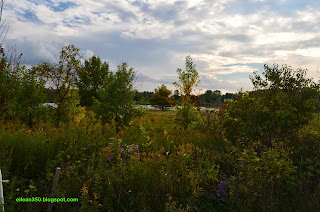 We've seen a bunch of "birders" here so I imagine that
this area must be a big migratory bird area.

With the current Government Shutdown most of the parks that
we intended to visit are now closed
so we are going to need to figure out where to go from here.

I'm back to blogging so more to come.