The Parting of the Ways

Back in the mid 1800's
Traveling on the Old Oregon Trail,
the westward bound Emigrants, reached a fork in the road. 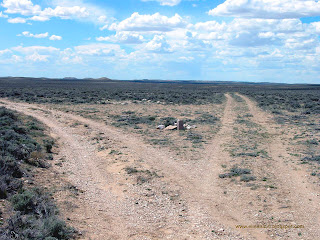 Having traveled for over 3 hard dusty months,
and about 2,000 dangerous miles,
it was now late July.
If there was any question as to ones final destination,
it was now time to decide once and for all.

To the left lay California.
To the right - Oregon.

Many more miles, months and hardships still lay before them but
this was another milestone on that long hard journey.

For months they have shared their lives and perils with their fellow travelers.
Some buried family along the trail.
All suffered and triumphed together.
Now it was time for some to say goodbye.

Some were headed to the gold fields of California while others were
headed to the green fields of the Willamette Valley.
They had reached that fork in the trail known as
The Parting of the Ways.

Our little group of traveling fifth wheelers has now reached our own
Parting of the Ways.

Our journey has been much shorter and the perils do not even
begin to compare to those before us,
but the bittersweet parting is still the same.

Ahead lay new horizons and adventures but behind us lay the bonds
forged from our time together.

We are all headed in different directions.
Some today.
Some tomorrow.

Our paths diverge but we know that someday they will likely cross again.

In many ways RV'ing is like traveling on a Cruising Sailboat or even
working as a long-haul trucker.

Friendships are forged and then you move on.
It comes with the territory.
Its both the joy and curse of the journey.

Today the first of our little surviving band from Quartzsite is moving on.

Jim and Kristy are Tucson bound.   After that ...  Mexico.

Kristy was the Artistic leader of the group.
The Grand Master of the Gourd. 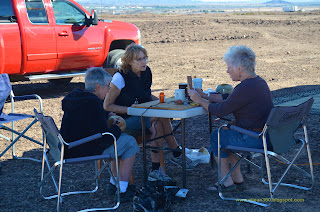 Jim was the Sommelier. 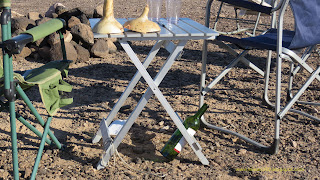 Kate was the Pasta chef. 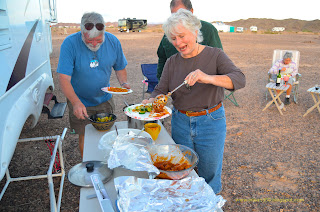 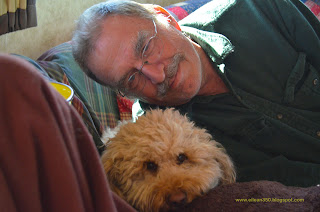 Jim and I went over to the other side of the lake yesterday.
I took this photo with my iPhone.
I love the reflections in the water. 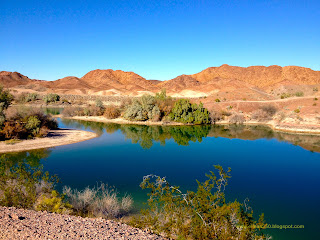 This mornings sunrise...
As our group begins to wane - so goes the moon. 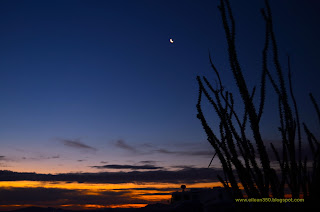 Our final morning walk around the lake with Jim and Kristy
this morning.  Across the lake is where Jim and I went yesterday. 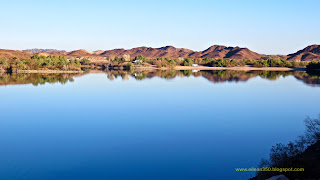 Finally - it was time for the first Parting of the Ways.

All hitched up...
A final group shot in front of the departing wagon. 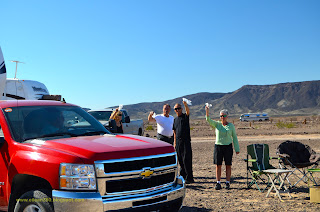 Our group is down to 3 wagons. 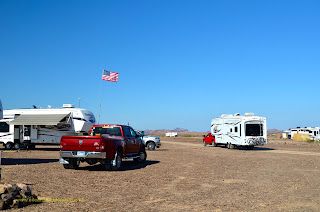 We plan on hooking up with Jim and Kristy next week in Tucson,
but until then...

As Kate says:  Thanks for the Mammaries.